The Pop! Cover range usually includes an image of a cover, whether that be from a music album, comic, or magazine, and a smaller-than-regular-size Funko character recreating the pose in the image. The figure and cover image are packaged in a protective case that can be hung on the wall.

Originally launched in 2021 with Action Comics #1 and Batman #1, 2022 has seen a rapid expansion of the DC Comics line featuring modern and classic issues including Black Adam #1, and The Brave and the Bold #28 presents The Justice League of America. Rather than recreating the cover image in model form, both of the Batman releases simply copy the look of Batman from the comic cover. That means, for Batman #423, we get the stern frown, taller ears, and fantastic long and spiky cape, but we also see the insignia on his chest rather than the woman clutched against him in the original image. 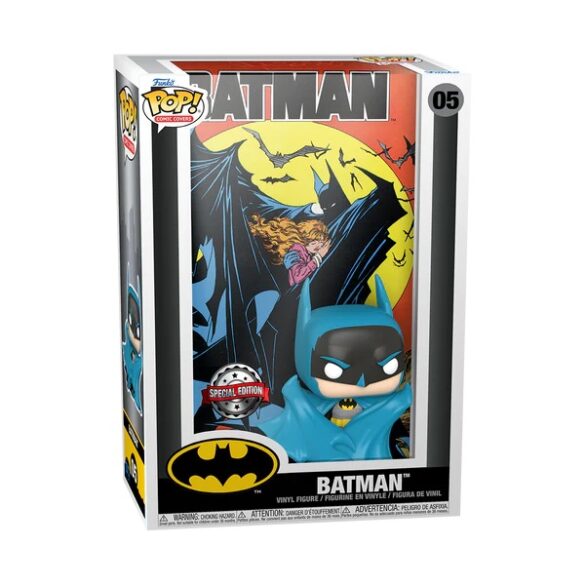 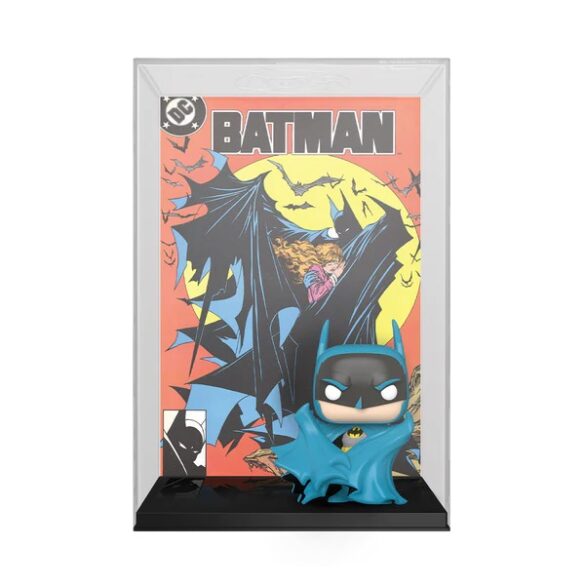 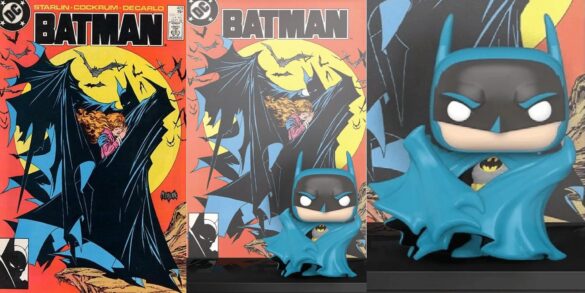 Todd McFarlane has become a superstar across the comic industry primarily for his entrepreneurial spirit, one that’s seen him create McFarlane Toys, the Todd McFarlane Entertainment studio, and co-found Image Comics. As an artist, his name was made in the late 1980s on Marvel’s Spider-Man, with DC on Batman: Year Two, and later in creating Spawn for Image Comics.

Batman #423 was originally published in 1988 and represents one of a handful of occasions that he worked on Batman during his early illustrating career, as the cover artist on this occasion, and that makes it a highly prized comic amongst collectors.

Recently, McFarlane was reunited with the original artwork at the New York Comic Con, a moment that was captured on video and posted on his Twitter account. He refers to the art as “a big, historic piece.”

Interestingly enough, both the writer of the issue, Jim Starlin, and interior illustrator, Dave Cockrum, are also creators that are pretty well known but spent a relatively brief time on Batman. While it’s tempting to say that the cover image is the primary reason why Batman #423 is sought after, the story itself was unusual and certainly of its time. Titled “You Shoulda Seen Him…”, it centered on three police officers recounting their perspectives on three incidents involving Batman that showed different sides to the character, including a rare moment where Batman sheds a tear after being moved by the plight of two orphans.

I know, right? It’s so 80s! While McFarlane’s cover doesn’t capture an image in the story, it does reflect a softer, heroic side to the character that was being explored in the issue. Having said that, the issue also features the line where Batman says:

I swear that if you harm that woman at all, I’ll make you pay! I will break and twist things within you. You can’t conceive of the pain I can cause. It’s pain that will go on forever! You won’t escape it… because I won’t let you die!

So there we have it; tears and eternal vengeance all in one issue and somehow McFarlane’s cover image taps into both. Plus, it has McFarlane’s rendition of the cape, an item that became so important to the look of Spawn several years later. This one, however, is unique to Batman – it’s a cloak that looks as if it’s been made from bat wings.

From the shadows—and famous pages—Batman emerges. Capture him as a Funko Pop! Comic Cover Batman. This special collectible features the cover art of the No. 423 issue of DC Comics’ Batman and a Pop! of the Caped Crusader™, all prepackaged in a protective case that can be hung on your wall! Complete your DC collection with the Pop! Comic Cover Batman collectible. Vinyl bobblehead is approximately 4.39-inches tall.