Sideshow Collectibles have released a Barbara Gordon as Batgirl Bishoujo Statue by Kotobukiya.

Batgirl returns after 12 years to the DC BISHOUJO series, one that features statues of DC Comics superheroines based on illustrations by Shunya Yamashita. Yamashita’s a Japanese professional illustrator and character designer. most well-known for his video game character designs and pin-up style drawings of women, several of which have been used as the basis for a series of figurines.

The statue shows Batgirl in a fan-favorite costume crafted by Batgirl herself after moving to Gotham City’s trendiest neighborhood, Burnside, symbolizing her independence as a character. 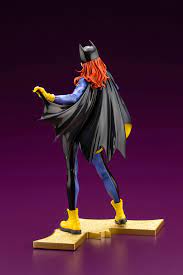 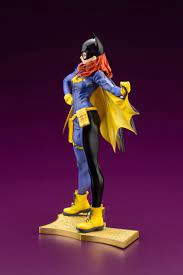 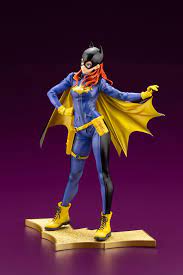 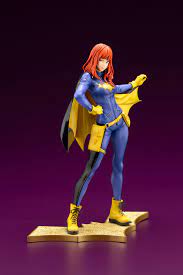 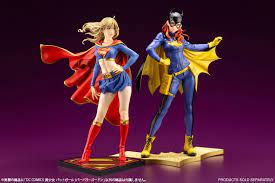 Sculpted by Ke (Comakkow) and Shunya Yamashita, this Batgirl collectible recreates Barbara’s iconic costume in a more modern style, from the leather suit and stitching on her boots, the shape of the new Batgirl mask, down to the cape spread open and attached with snap buttons.

The statue comes with a with a removable cowl and a Batgirl logo shaped base for the statue to stand on. The statue is a 1:7 scale statue and measures approximately 9.06″ (23 cm)

Designed to be displayed together with Supergirl, Batgirl adds to the expanding world of BISHOUJO DC Comics collectibles. 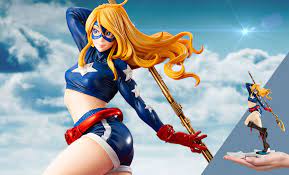 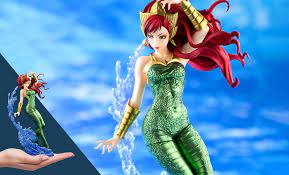 I really love the style of these statues and this Batgirl Bishoujo  statue is so colorful, fun and super cute. This statue would make an excellent edition to any Batgirl/DC Comics fans collection.

The Batgirl Bishoujo statue is priced at $145 and is now available to pre order from Sideshow Collectibles. The statue is expected to ship between June 2023 and August 2023.