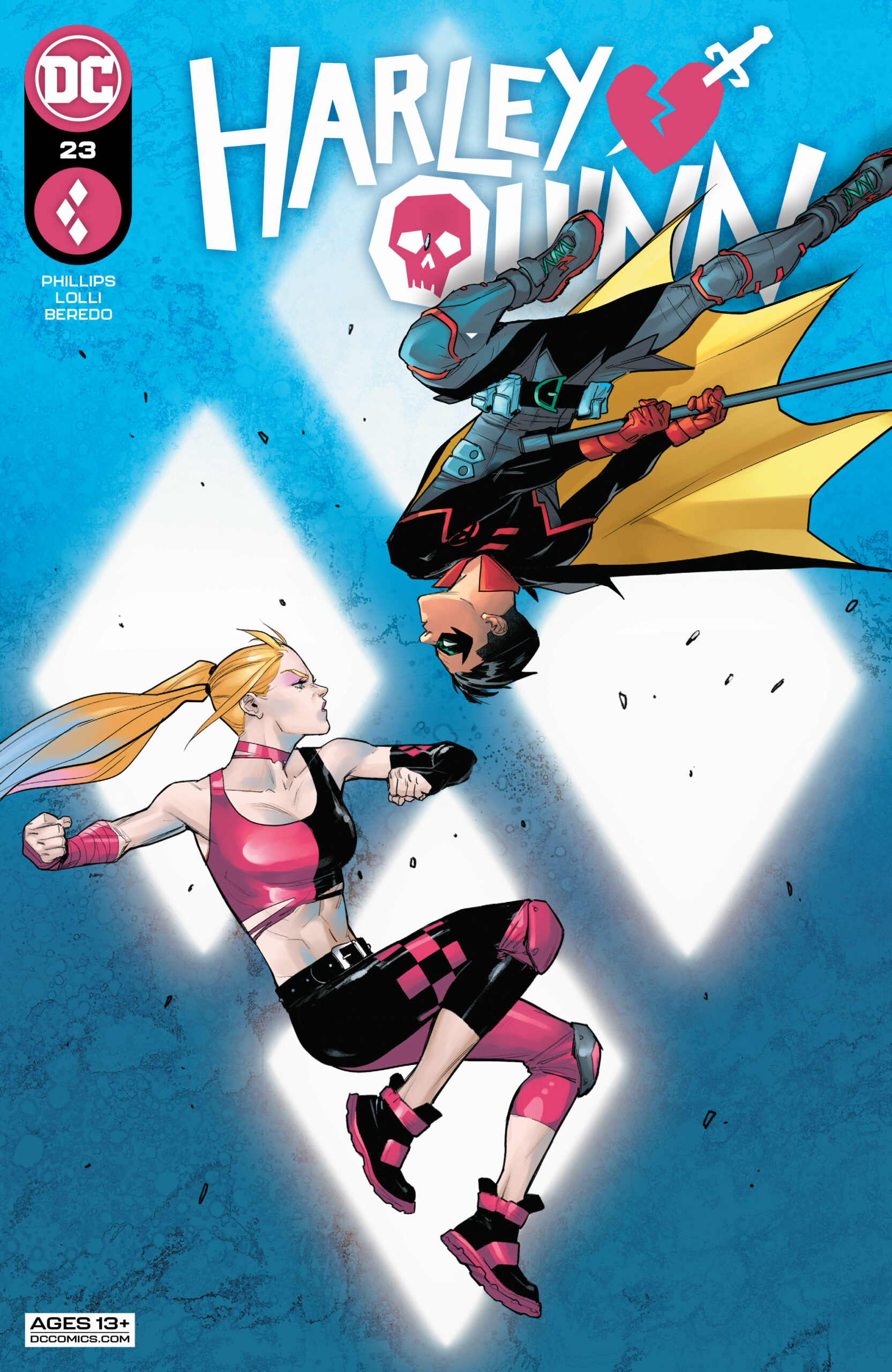 Harley Quinn #23 brings us to a world where Harley Quinn has come back from the grave.  After the shocking beginning of this arc, in issue #22, readers lost Harley to a bullet from a caped figure, lurking in the shadows.

Thankfully Kevin was able to revive a new, heroic Harls with help from the League Of Assassins and The Lazarus Pit. Was this a change for the better, though? This month’s installment brings a lot to the table, so let’s jump right into the good stuff! 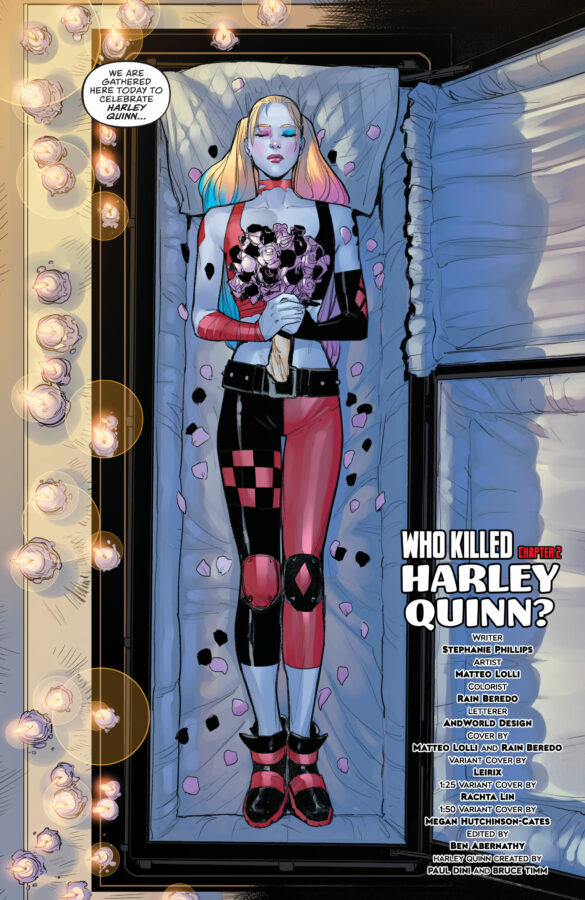 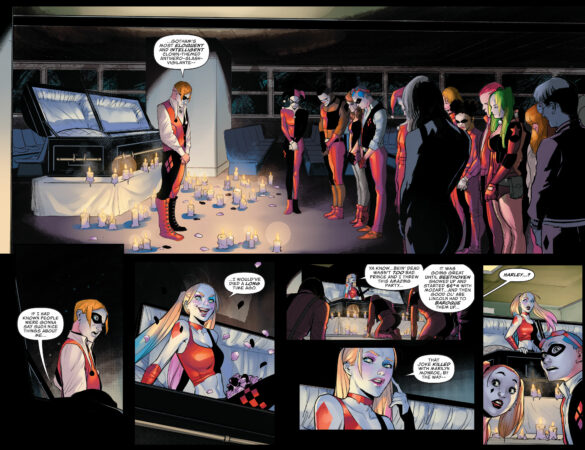 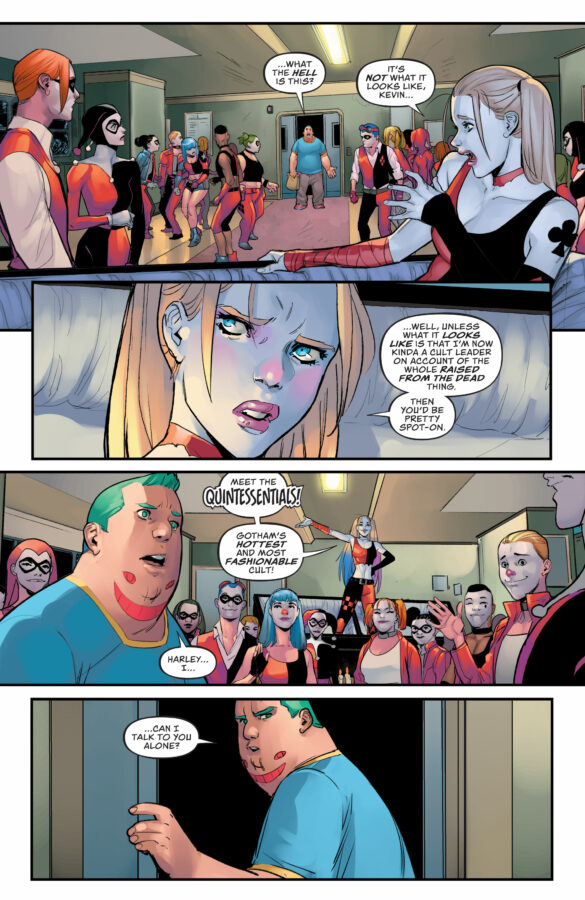 We start the issue with a deep and moving memorial for Harley. It seems that coming back from the dead can give the clout warranted for a whole cult to be devoted to your comeback. Kevin points out the flawed logic of telling the pizza delivery boy her coming back to life story.

An unexpected visit from Robin then prompts Harley’s brain down a much different path. Is this really our Harley? Or have the Lazarus Pit’s unknown powers done something to change her forever? Also… just who was that caped villain anyway?

It’s All Fun And Games

As I said before, this issue gives readers a lot to chew on, and quickly. This is probably one of the fastest paced comics I’ve read, with a story that moves on at a break-neck pace, yet really does so with precision. Stephanie Phillips is able to complete quick transitions with meaning. Matteo Lolli and Rain Beredo give us beautiful artwork that is so stunning. 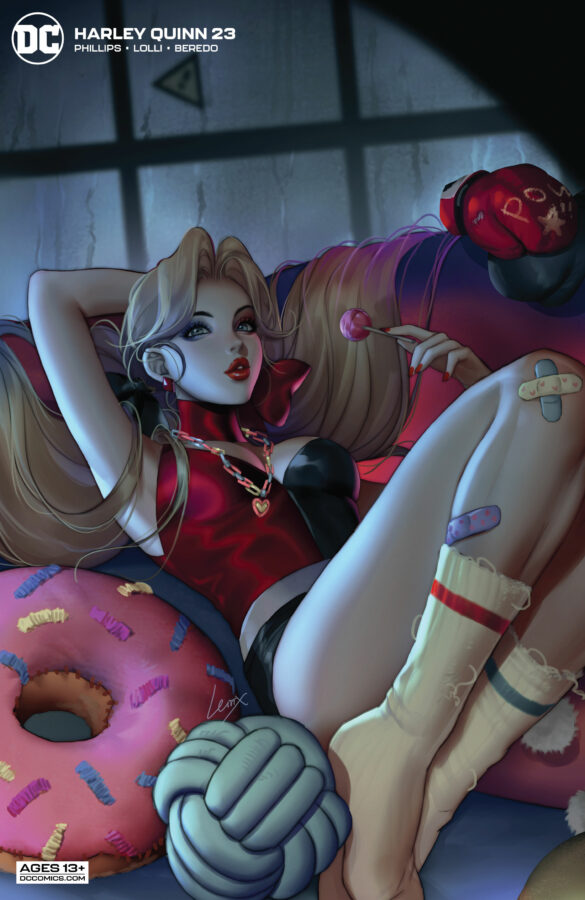 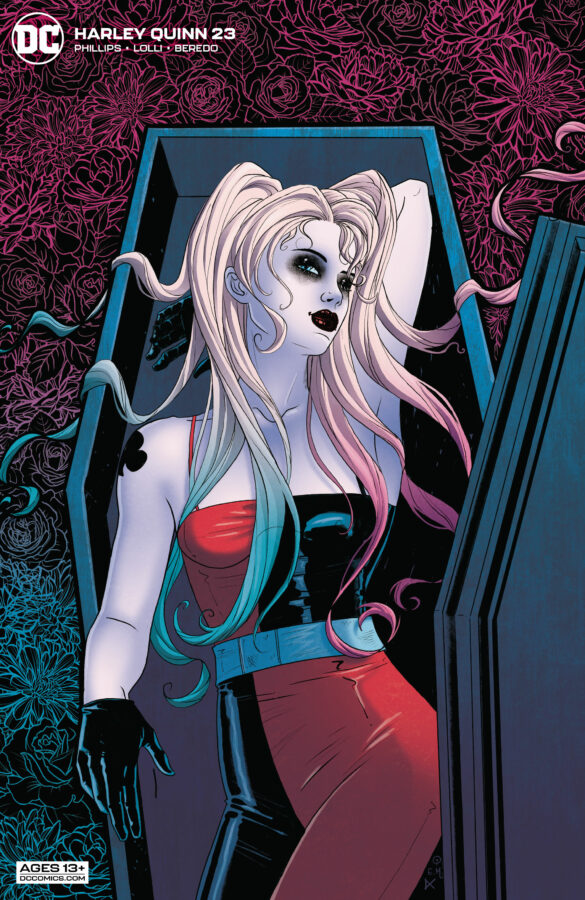 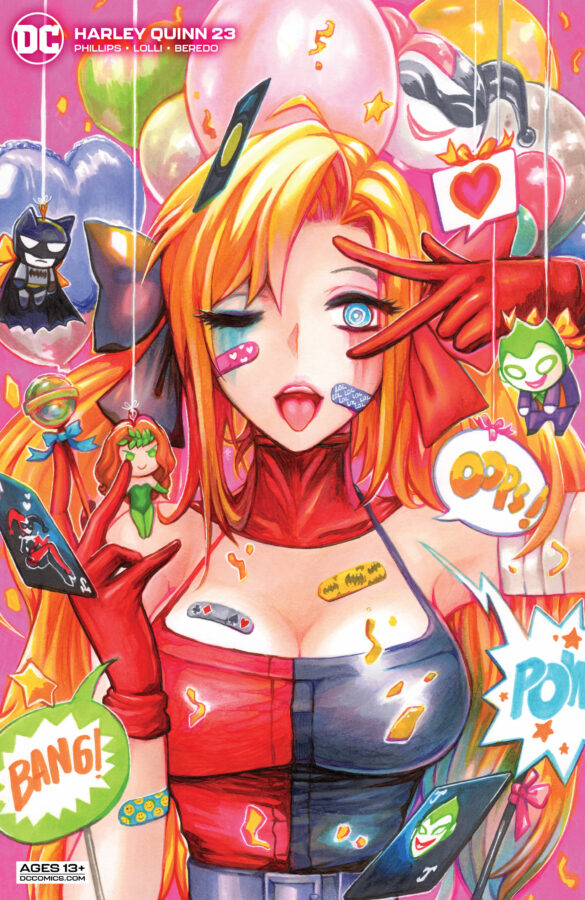 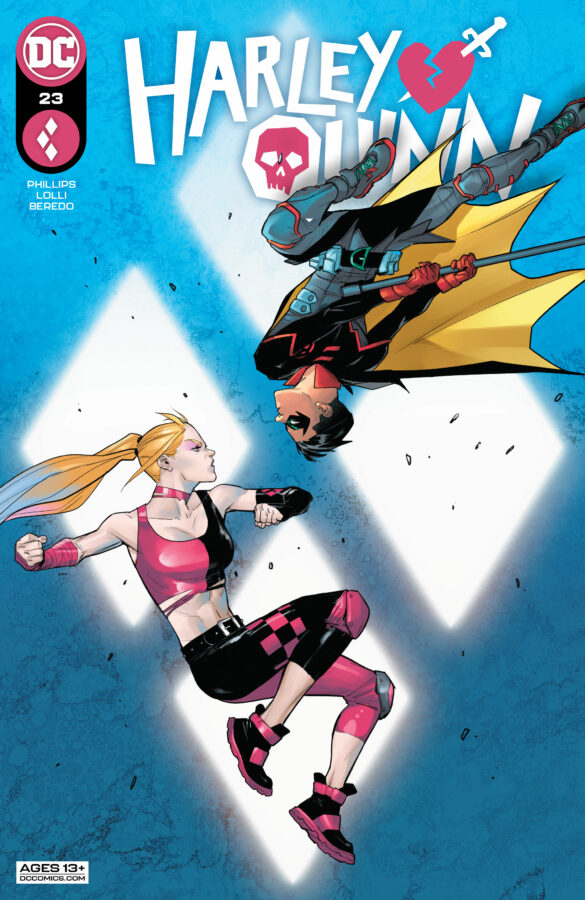 Also, as is always the case with the cover selection, the options this month are especially killer. The main cover has art by Matteo Lolli and Rain Beredo, while the variants feature talented pieces by Leirix, Rachta Lin, and Megan Hutchinson-Cates. Each of them feature very different styles but every single one is a treat in its own right, with details that definitely grab the eyes.

The stakes are high for Harls as her murderer makes steps to complete the task once and for all. While Harley Quinn #23 gives us glimpses of the killer, it also shows the Queen of Chaos going on the warpath, and who knows who her first victim will be…