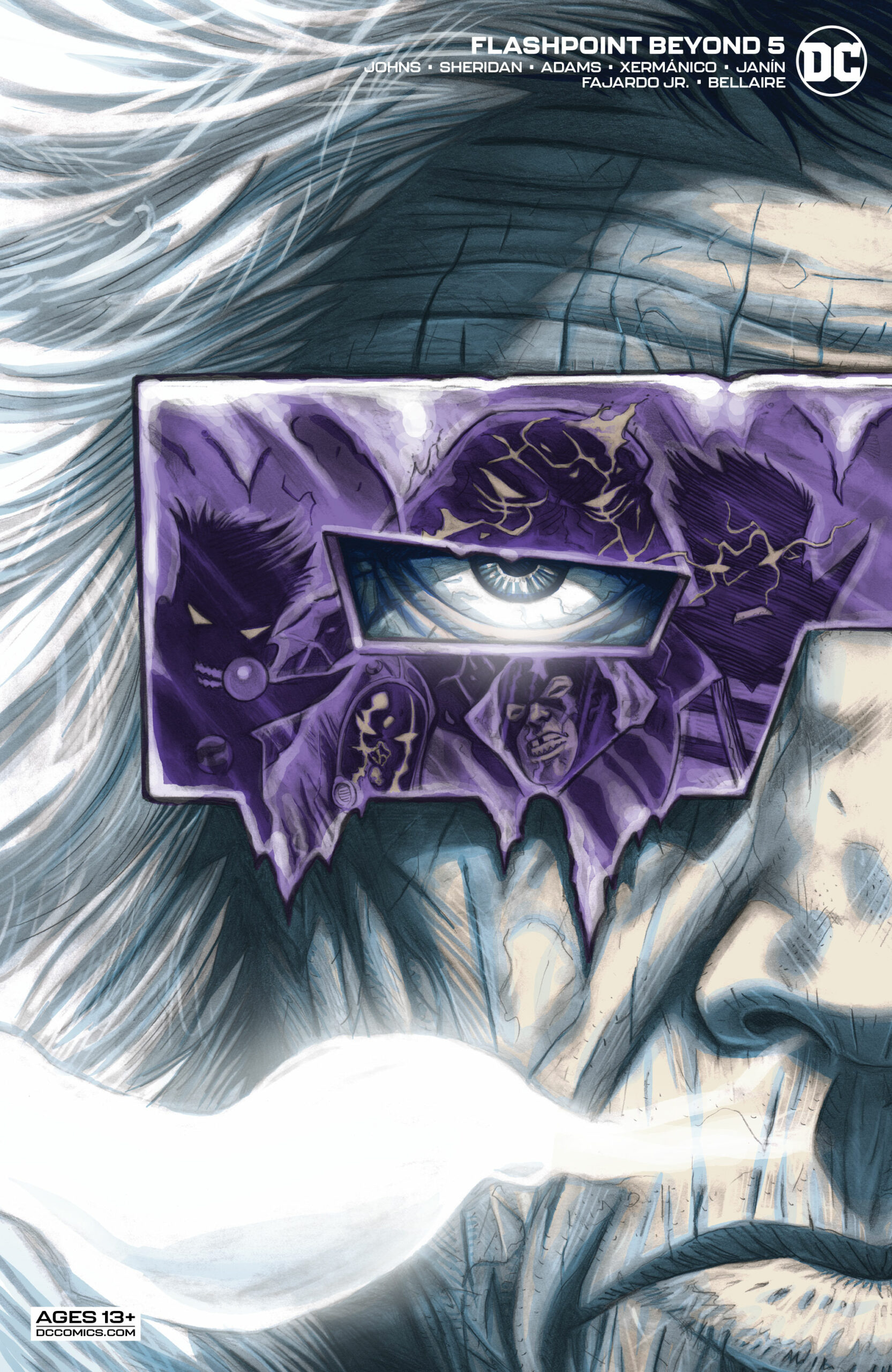 The Clockwork Killer reveals their identity, as Thomas Wayne races to Dexter in this week’s Flashpoint Beyond #5.

After investigating various murders, Thomas Wayne has finally uncovered the identity of the Clockwork Killer; however, Dexter Dent has complicated the situation. Dexter, the son of the late Harvey Dent, escaped the custody of Oswald Cobblepot, who was appointed by Thomas Wayne to look after the young boy.

Dexter infiltrates Arkham Asylum, in hopes of reconnecting with his mother, the Flashpoint Two-Face. Once Thomas Wayne arrives at the scene, he is confronted with not only Dexter imperiled by his psychotic mother but also the Clockwork Killer.

In keeping with comic book tradition, the penultimate issue of Flashpoint Beyond is explosive. Not only do Johns, Adams, and Sheridan pull back the curtain on the identity of the Clockwork Killer but also drop numerous bombs that will impact the DC multiverse for years to come. 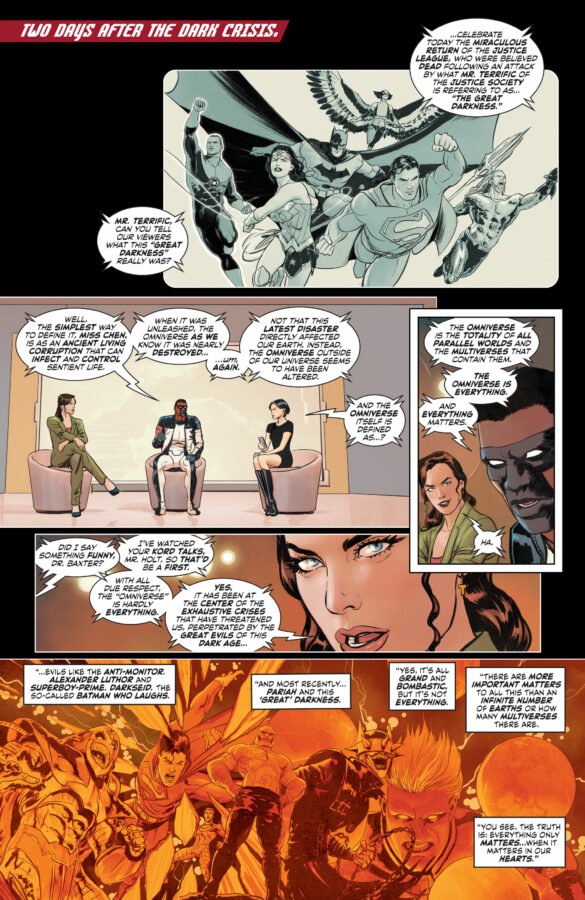 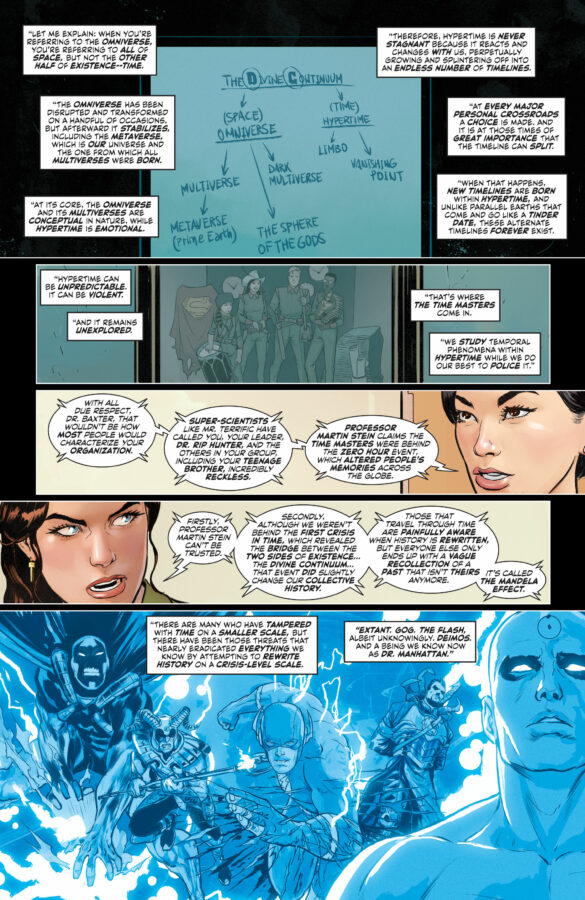 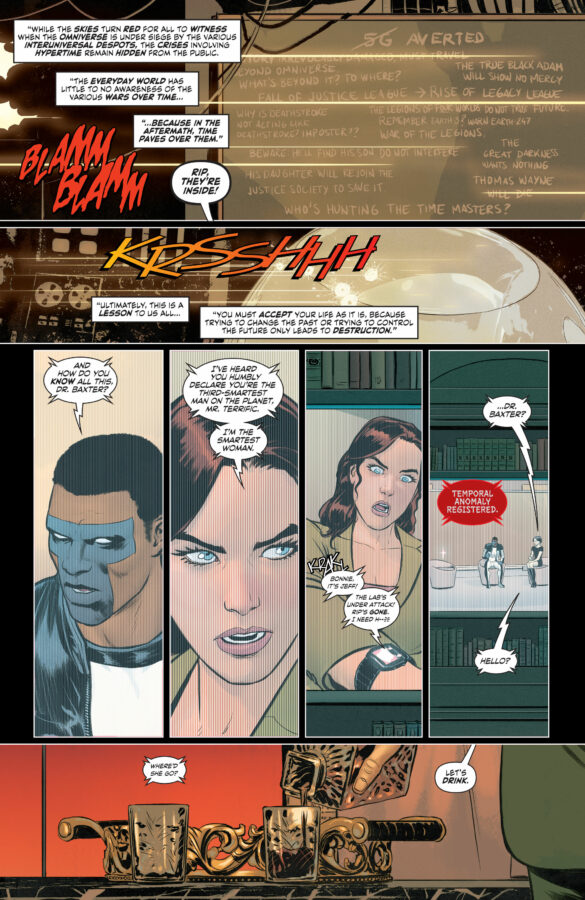 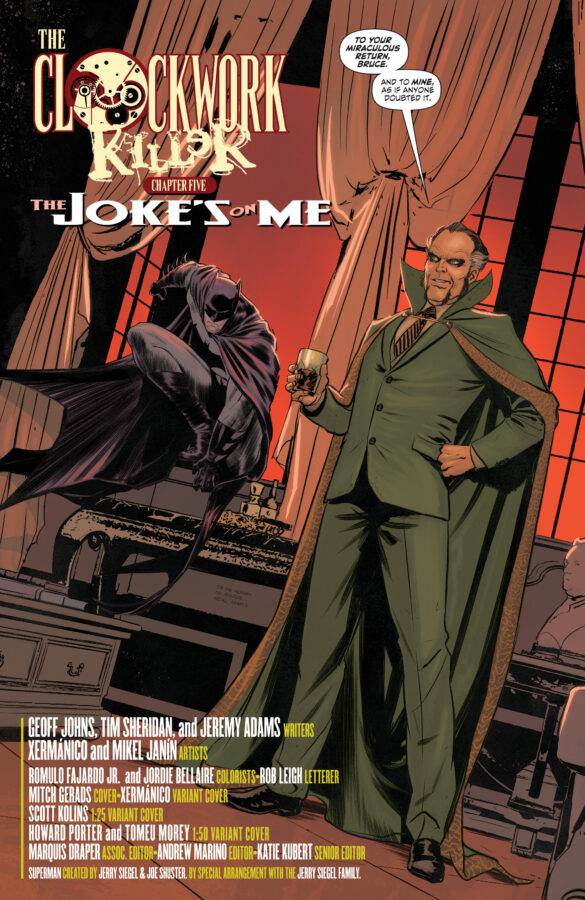 First, the issue spends time unpacking the difference between a multiversal crisis and a time crisis. DC has been notorious for cranking out multiversal crisis events that retcon and reshape their cosmology for close to 40 years. Flashpoint Beyond #5 spends its early pages exploring the nature of its time-warping events: Zero Hour and Flashpoint. This harkens back to the idea that Johns, Adams, and Sheridan establish early in the series: DC stands for Divine Continuum. Accordingly, the Divine Continuum is composed of two elements: the Multiverse and Hypertime. It’s a neat way of explaining how space and time operate differently in the DCU.

Second, this issue reveals a definitive name for the Joker of Earth-0. For the longest of time, DC has been coy about establishing a backstory and identity for the Joker. It was part of the character’s mystique. However, this comic does away with this long-standing mystery, which is kinda crazy. Instead of revealing this information in a story featuring the Joker, DC reveals this almost as an aside conversation in an issue that has nothing to do with the character.

In many ways, Flashpoint Beyond #5 feels like a magician’s prestige or a revelation. The big reveals are massive and it’s a lot to take in.

Xermanico and Mikel Janín’s work has been fantastic on this title, however, Flashpoint Beyond #5 is in a league of its own. The art in issue is stunning. What I particularly appreciate about this issue are the page layouts. While the issue opens in a subdued fashion on Earth-0, with traditional page layouts, the story and setting shift to the Flashpoint timeline abruptly. With that shift comes a wild and frenzied art style, highlighted by off-kilter panels and unusual page layouts. The art is meant to put the reader on edge, as the experience feels unnerving. In short, form and content align. The issue’s jarring revelations are accompanied by a jarring art style. 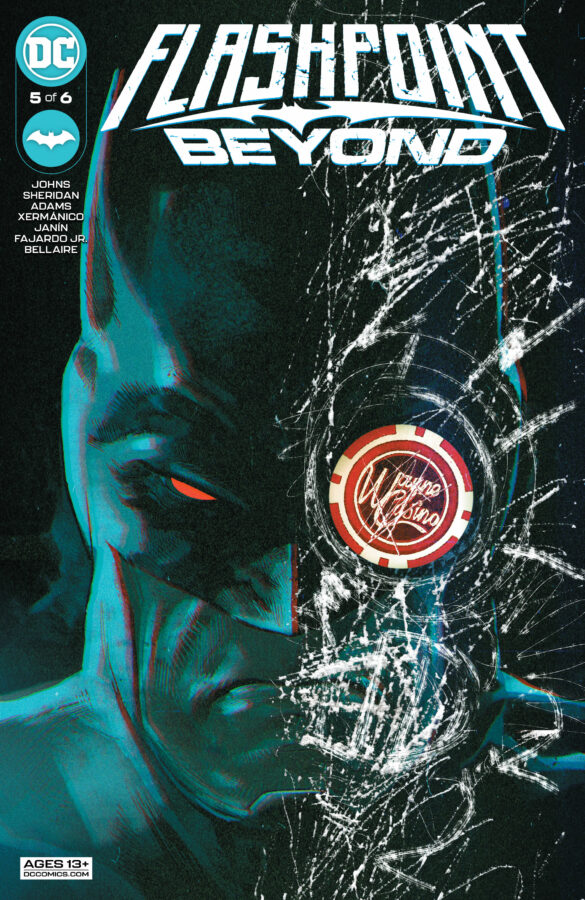 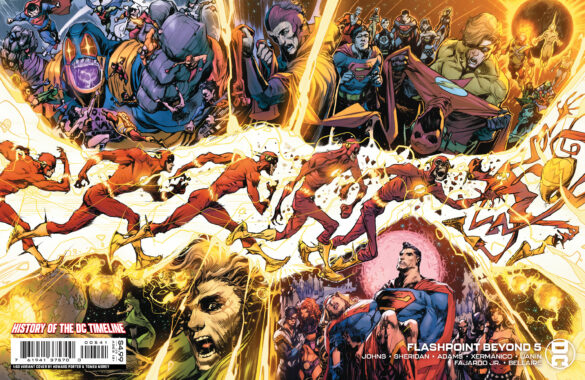 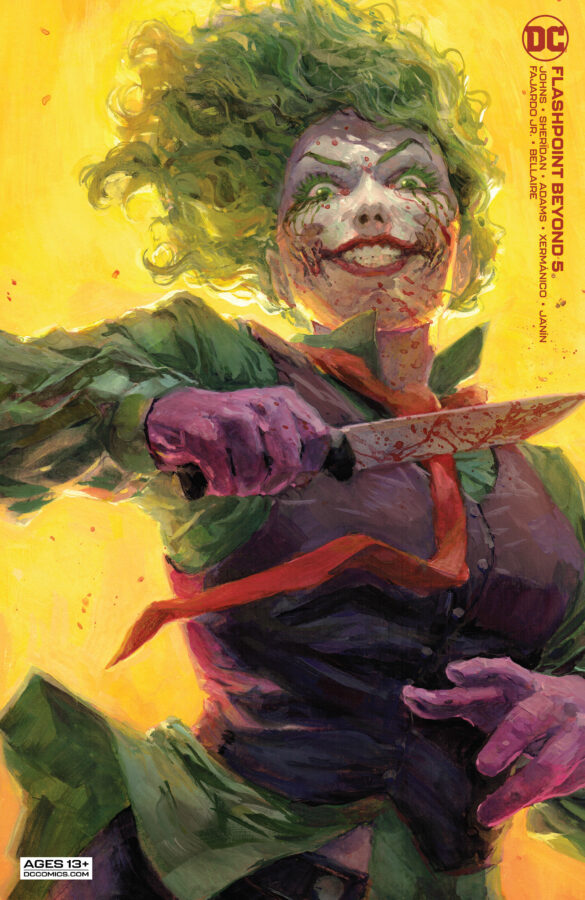 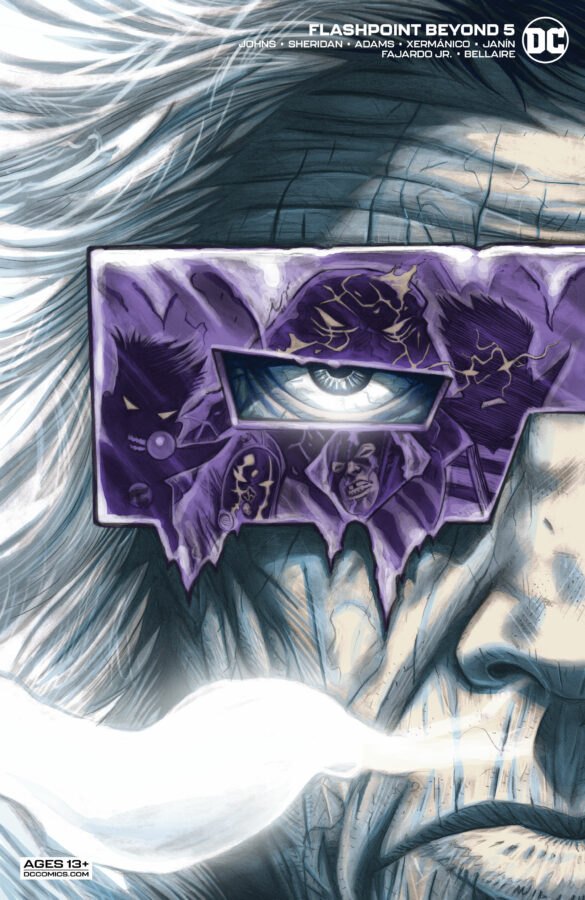 Flashpoint Beyond #5 is wild. This issue answers so many questions while still leaving room for an exciting finale. Johns, Adams, and Sheridan’s script is exciting, packed full of action and revelations. Xermanico and Janín’s art is top-notch – the best I’ve seen from either artist. Overall, the issue is just fantastic.

Review: Dark Knights of Steel: Tales from the Three Kingdoms