McFarlane Toys is releasing a new lineup of action figures based on the Arkham City video game. The Arkham City figure line-up includes Batman, Catwoman, the Penguin, and Ra’s al Ghul. If you collect all four of the figures, you can build a bonus deluxe-size Solomon Grundy.

All figures are the standard 7-inches tall. They also all come with a unique accessory, figure stand, and trading card. Batman comes with his grappling hook gun, Penguin has his umbrella, Catwoman has a whip, and  Ra’s al Ghul has his sword. 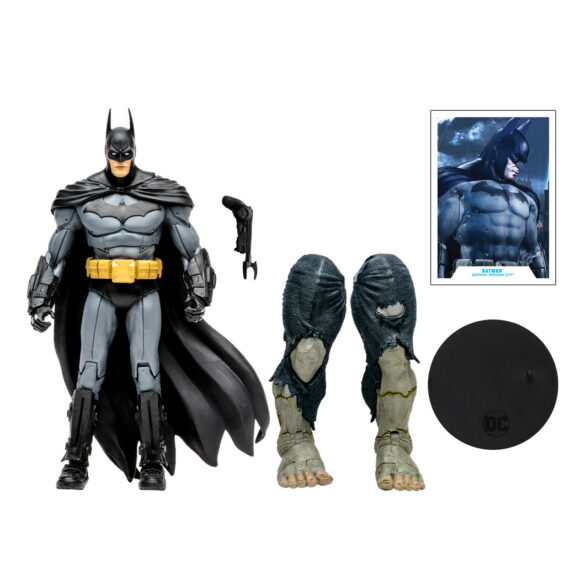 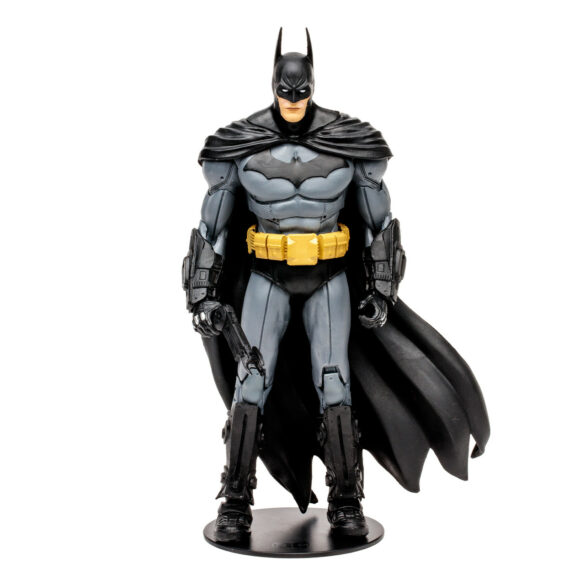 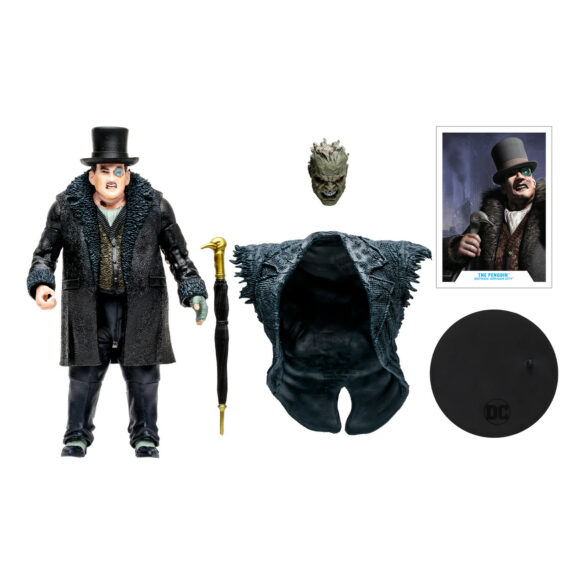 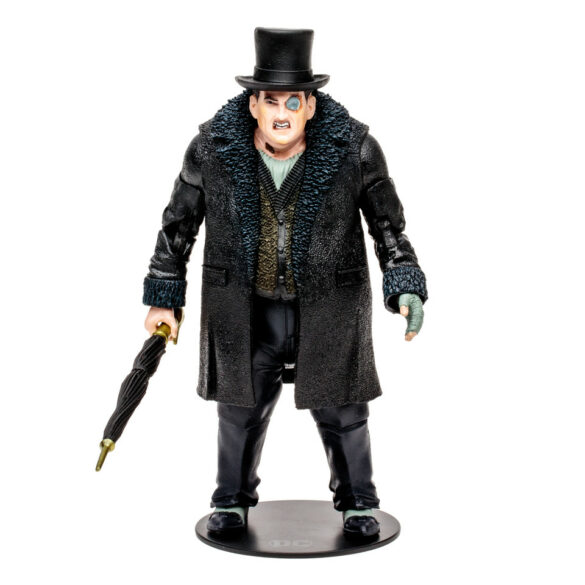 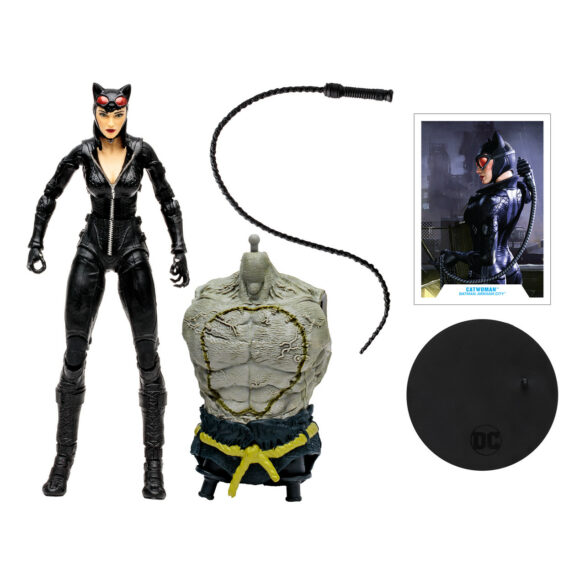 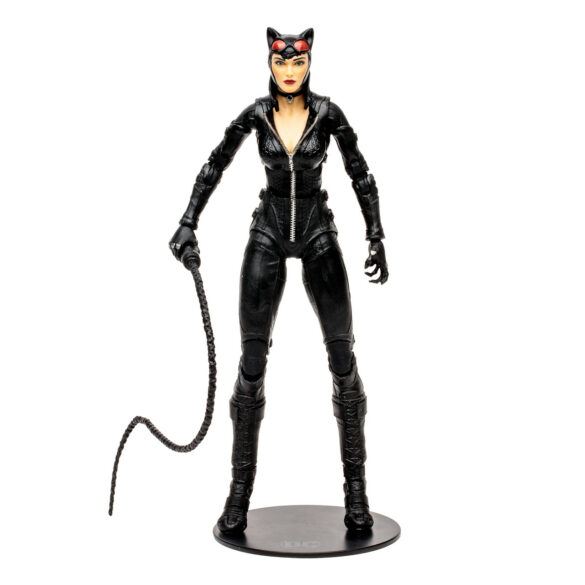 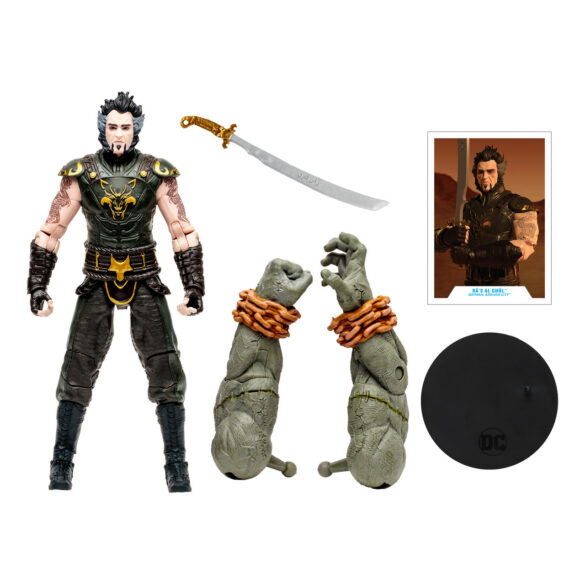 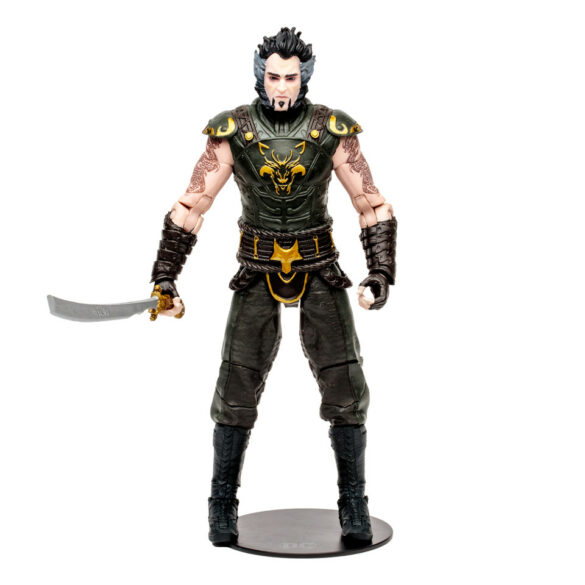 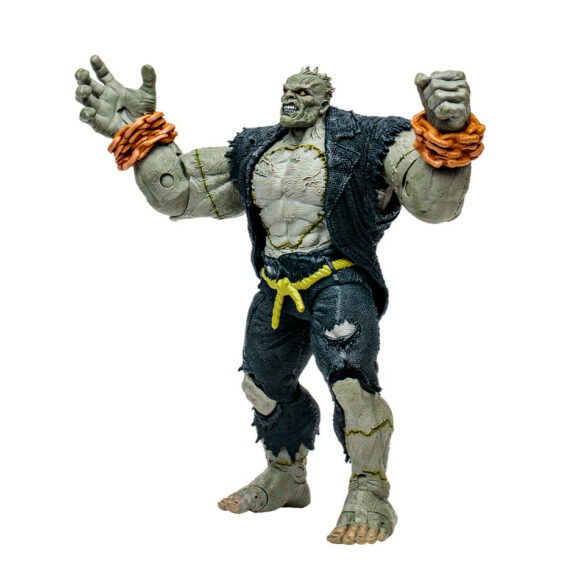 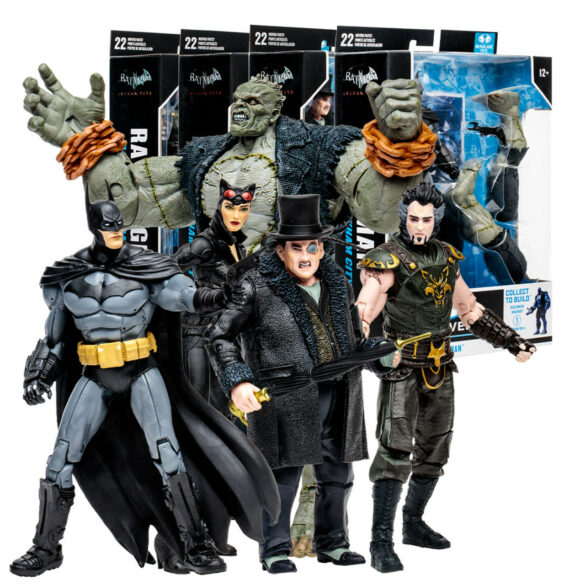 Solomon Grundy is considered a mega figure that’s taller than the others. However, no official description is given on exactly how big the figure is. Additionally, after getting a closer look at Grundy, one notices a stitched up chest. Will there be a nice surprise of Grundy’s chest opening up to reveal his heart? That would be a super cool bonus feature. The creature looks amazing, and you get a real Frankenstein’s monster vibe from him.

The Arkham City set will be released October 2022.

You can pre-order the entire line here.