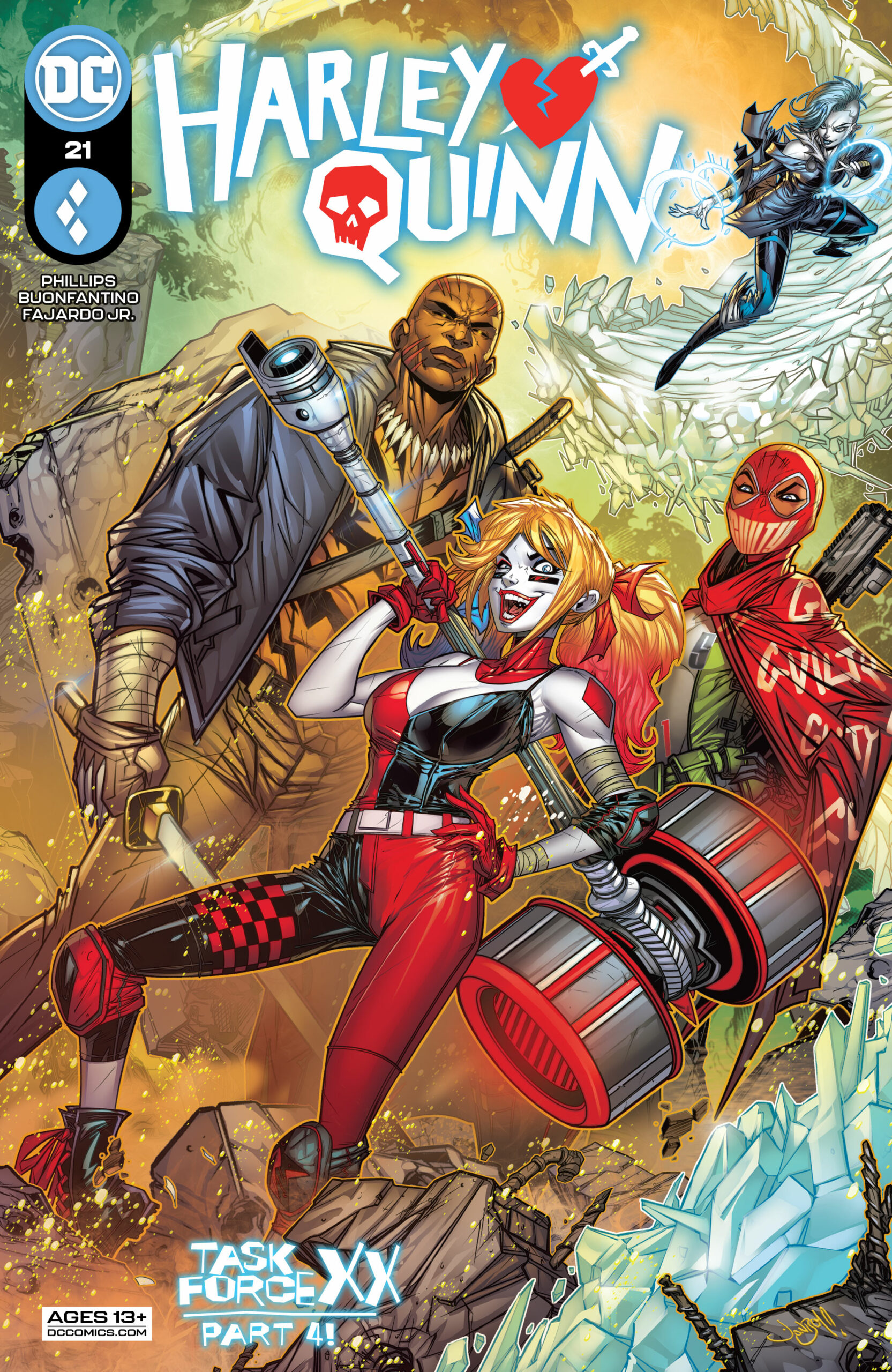 Harley Quinn #21 comes in with revelations all its own. In issue #20 we witnessed Element X arriving, with its sights set on its “Father” Luke Fox. Able to assimilate and infect those around it to gain power and do its bidding, a formidable task lay before our team.

This time around we have five gorgeous covers to choose from. Immense talents like Jonboy Meyers and Derrick Chew give stunning covers featuring Task Force XX and the many faces of Harley Quinn and we also get a new swimsuit variant by artist Megan Huang. The final two are exquisite pieces from Ryan Sook with an homage cover to “The Killing Joke” and one by Zu Orzu that’s reminiscent of Neil Gaiman’s Delirium from The Sandman. 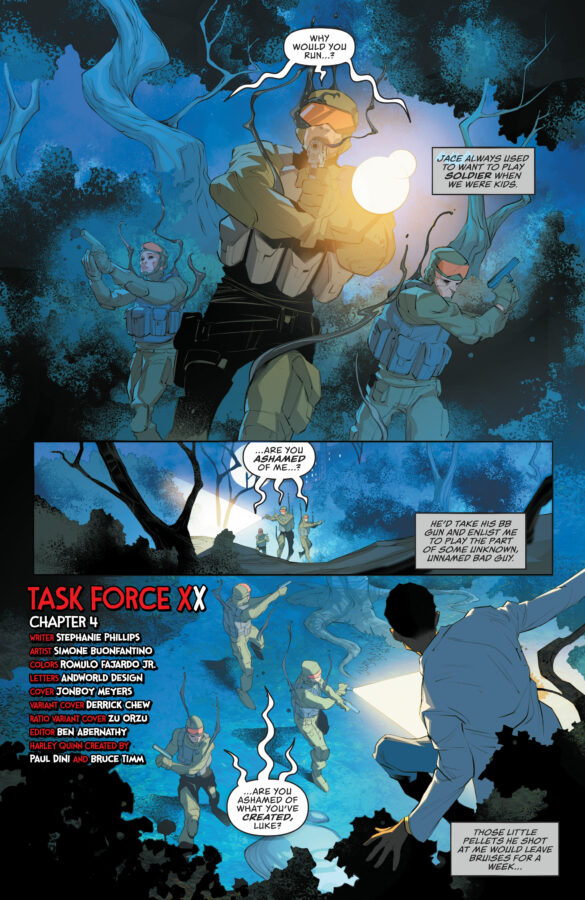 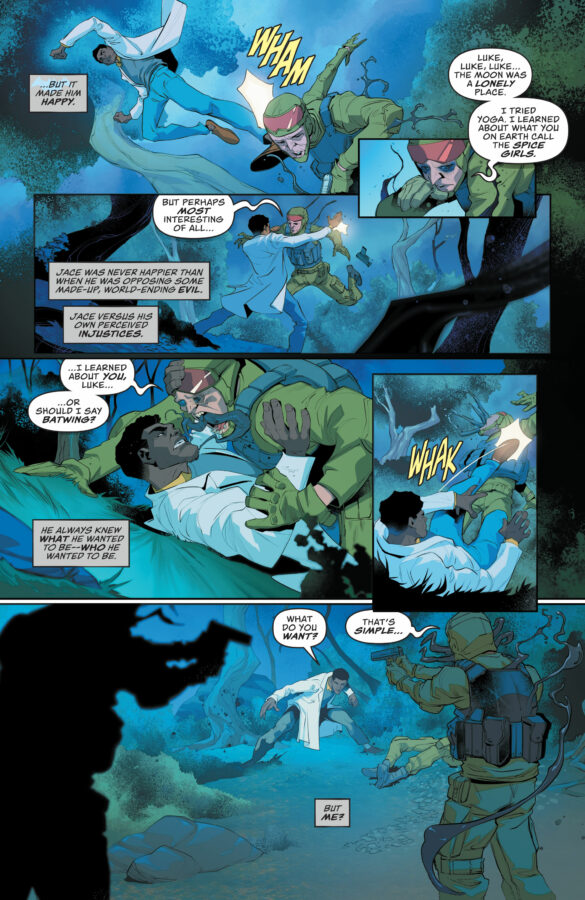 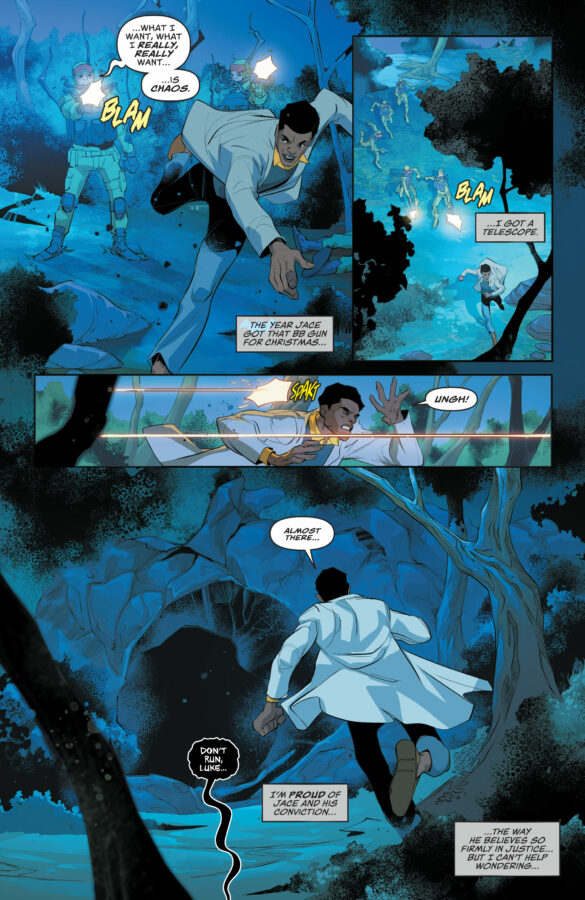 Learning About The Spice Girls

Element X is large and in charge, having assimilated not only Lashina but Solomon Grundy as well. On Earth now it’s facing off with the man who took science he didn’t understand and played with it, X’s “Father” Luke Fox. Element X has been studying all it can from the database, complete with pop culture references… but knowing all about those opposing it may be the winning factor, especially when all X wants is chaos.

Meanwhile, on the moon base, the team is struggling with whether it’s safe to use the same teleport system to get home that X did. Well, everyone but Harley, who’s been inspecting the machine. Thanks to her, the team ends up right in Element X’s path. Struggling between offense and defense they stand their ground, and someone surprising shows up to aid in the fight. 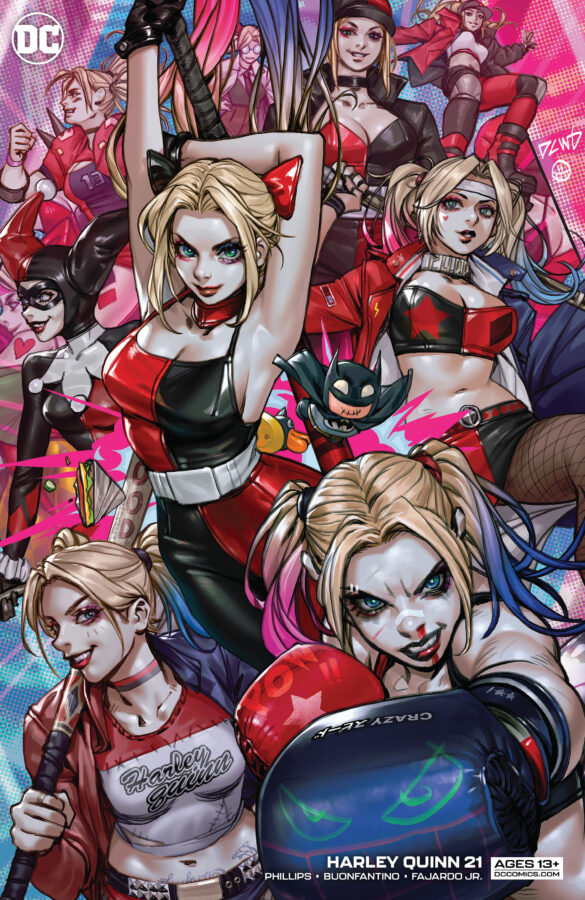 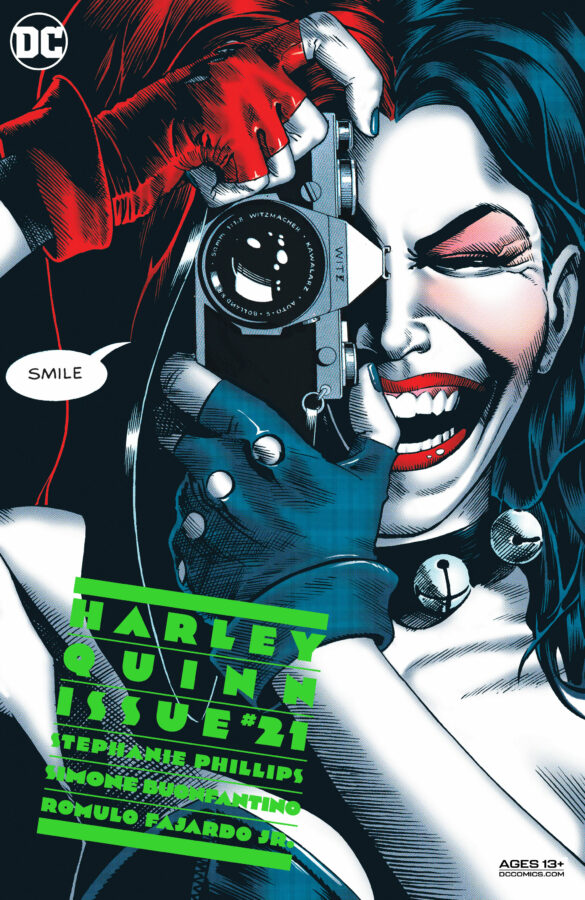 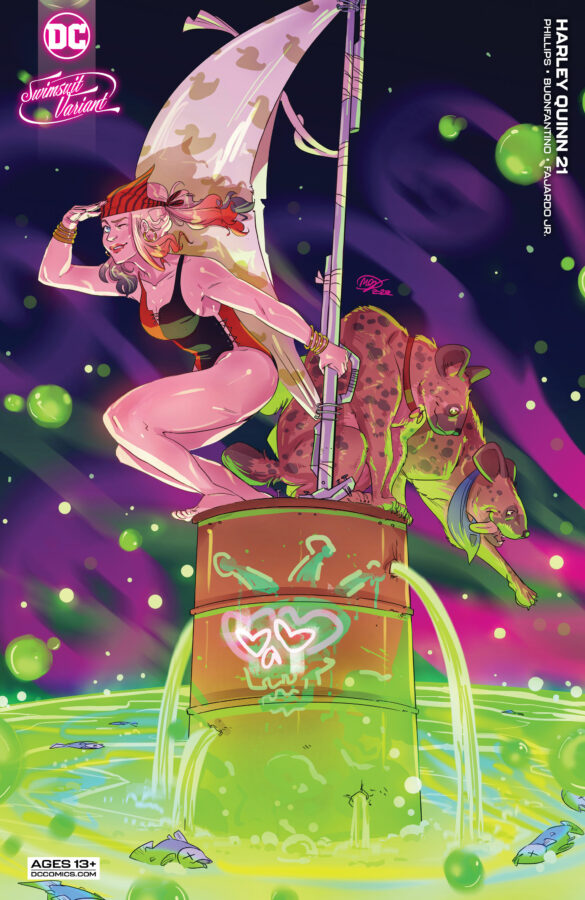 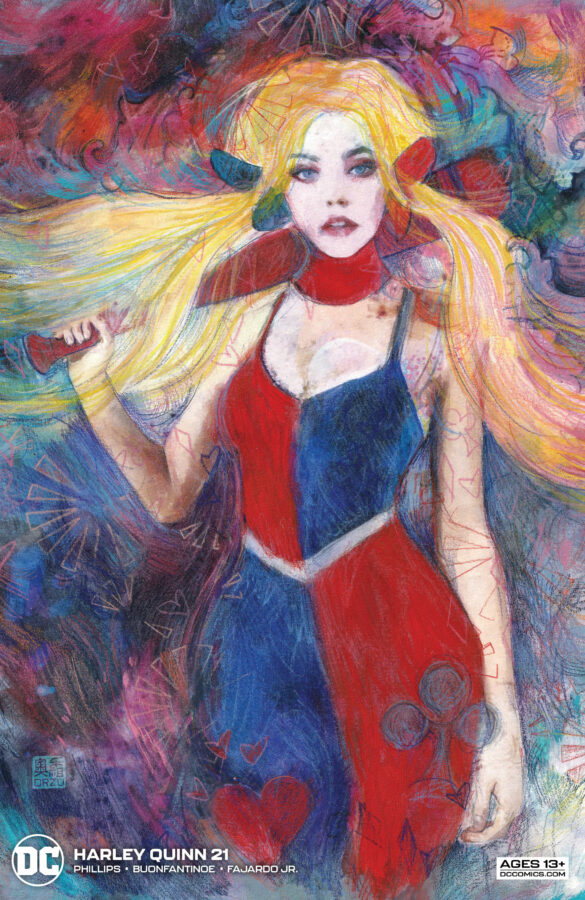 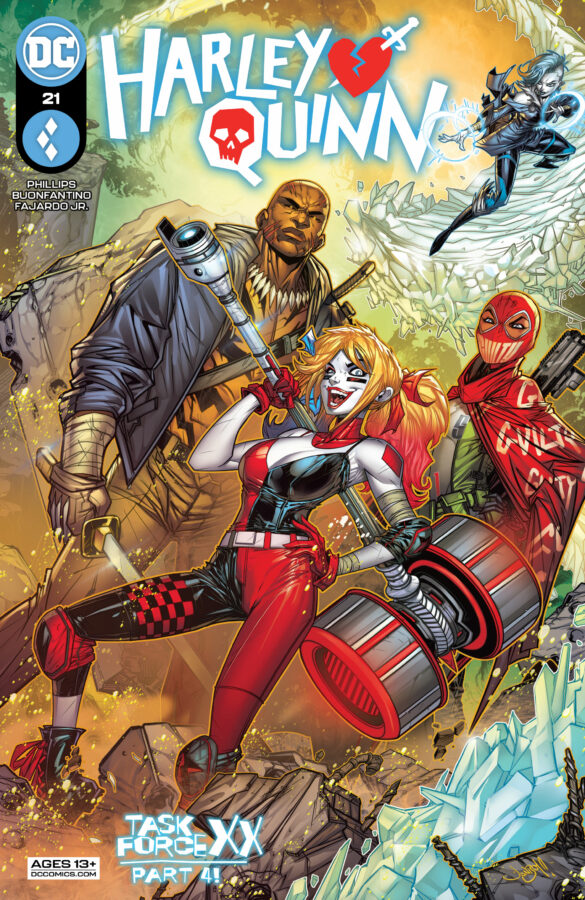 The wonder of Harley Quinn #21 comes in all the faces of Harley Quinn we get to see in this issue. At the beginning of this arc, she’d been carefree, but in this part of the story, we see the compassionate and smart Quinn who’s a rock for Fox as he struggles with his identity. Stephanie and the art team handle this masterfully and it’s genuinely a bright moment, amongst the sadness and confusion.

The Team’s newly geared and ready for the Annual after this issue and, as with all this month’s DC books, we get a very touching dedication to Tim Sale, 1956-2022. What awaits us in the Harley Quinn Annual? Guess we will have to wait and see!