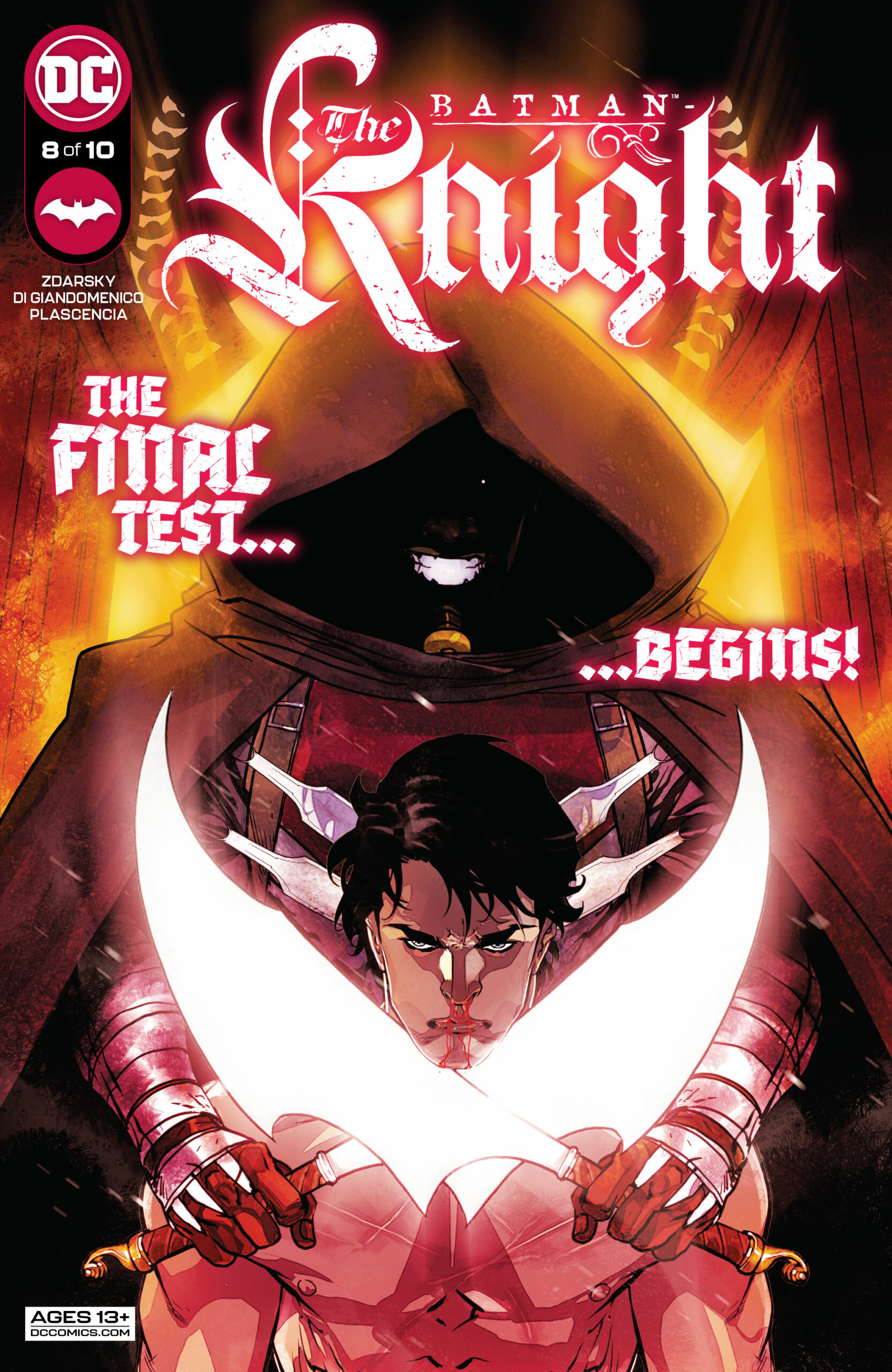 Batman: The Knight #8 pulls us in from the first page, and keeps us hooked ’til the last. This series has gone from being one I didn’t care about, or even want, to a story I now love.

Chip Zdarsky, I salute you.

A dramatic narrative is supposed to entice, surprise, and keep a reader’s attention. This series has dropped clues and breadcrumbs, yet also been clever and textured enough to keep us guessing. The introduction of Anton was a stroke of genius, yet what Zdarsky’s gone on to do with the character, particularly in this issue, is pull the wool over our eyes only to lay it at our feet and then go on to take the rug, that he made, and yank it out from under us. Bravo, sir. 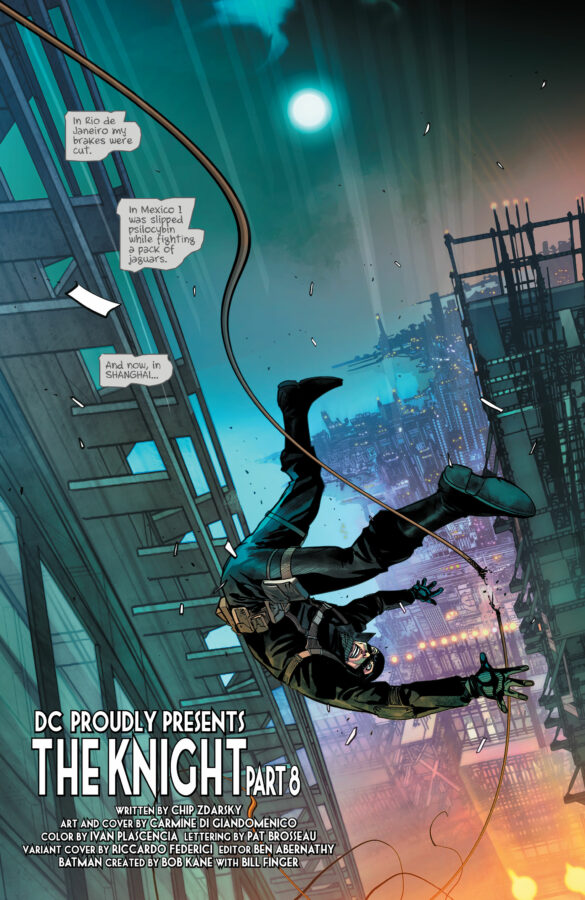 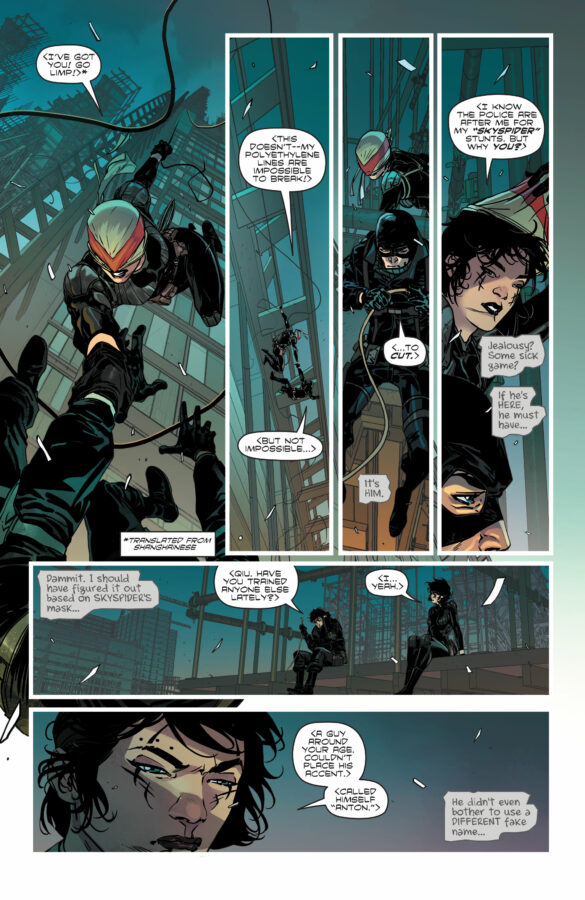 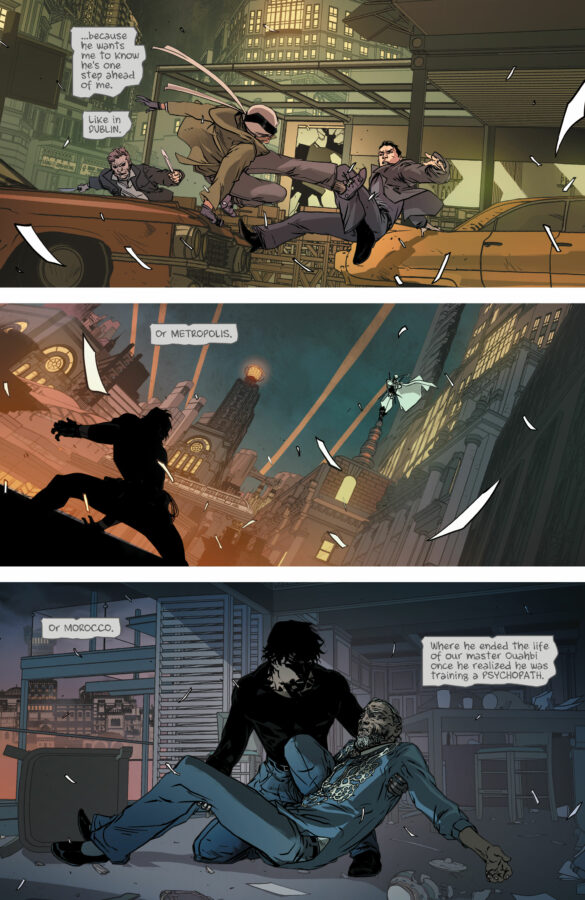 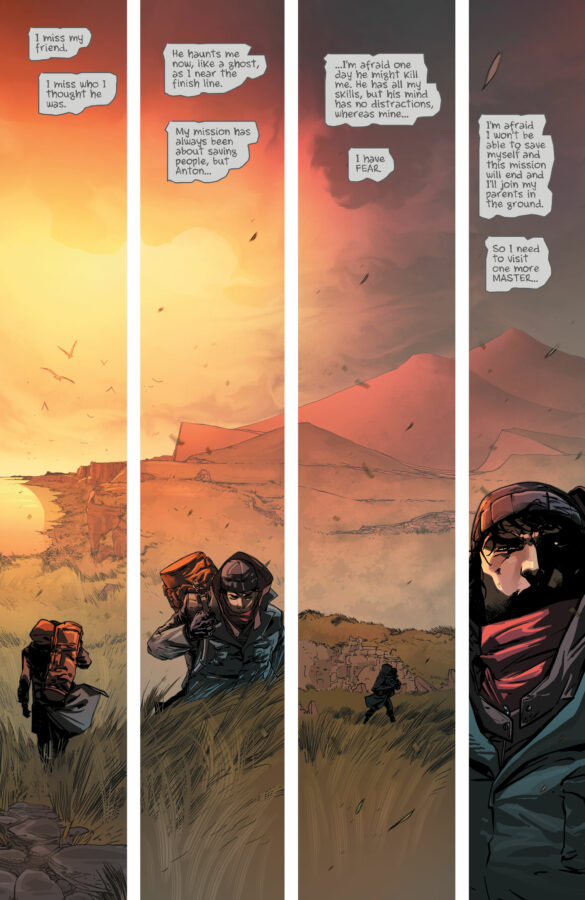 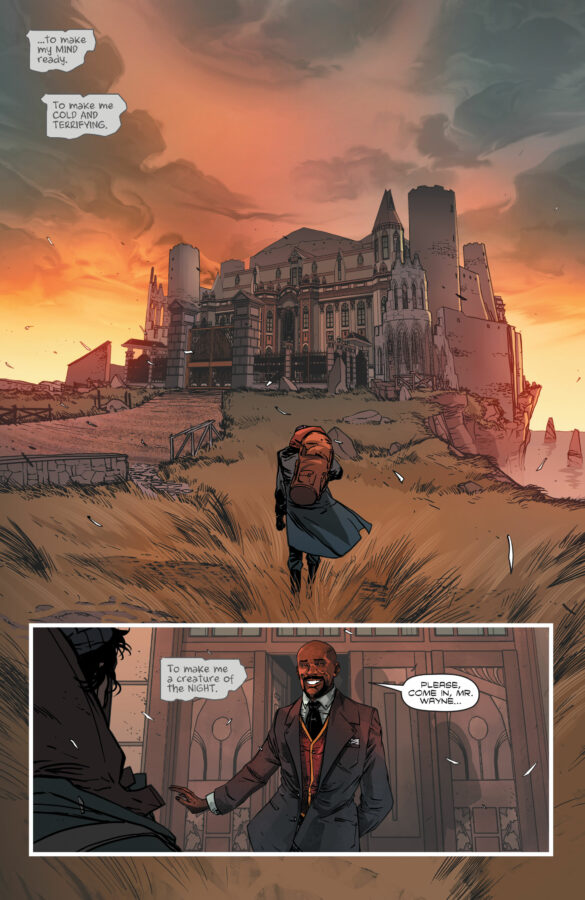 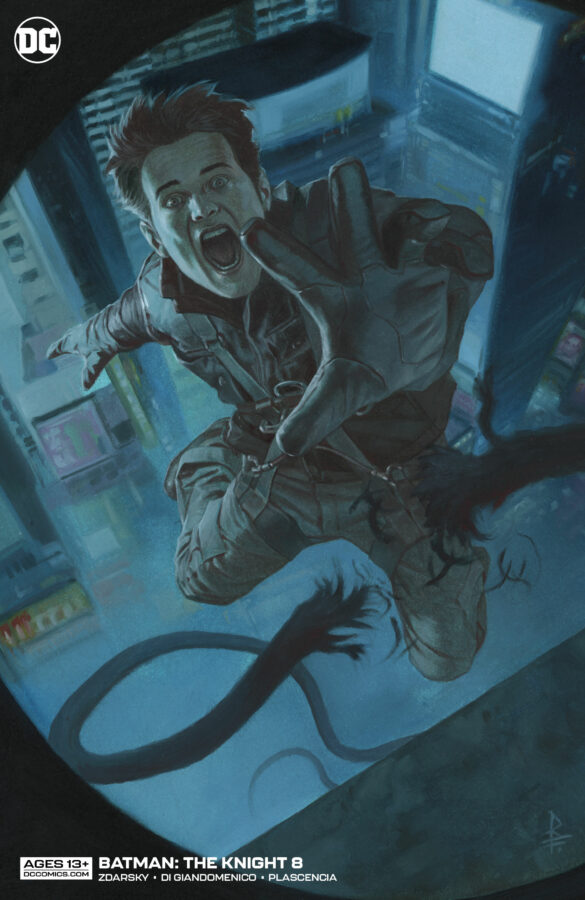 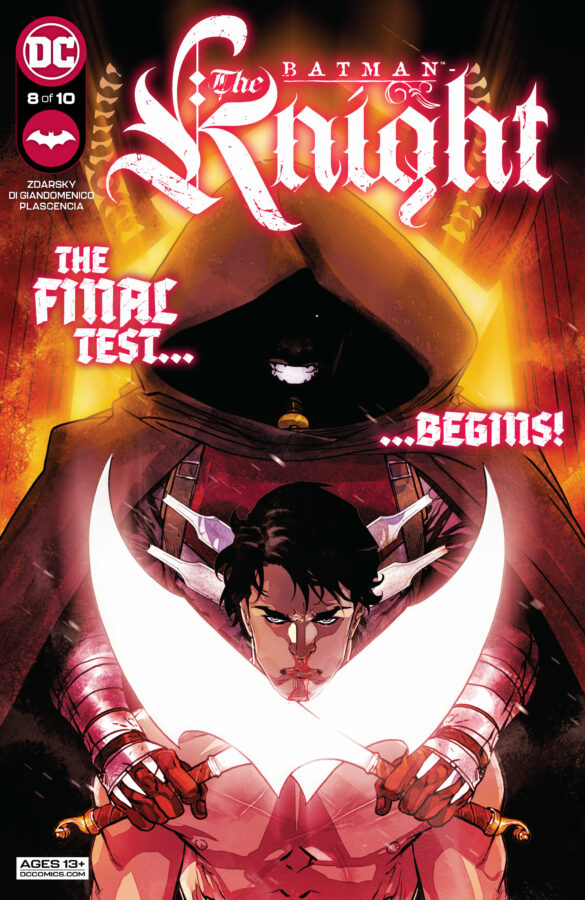 This issue also adds to Batman’s gallery of teachers and mentors by adding a new character, one akin to the Moriarty as seen in the hugely underrated, and largely forgotten Young Sherlock Holmes (1985). I’ve already praised this series for including characters like Ducard and Kirigi, but this creative team’s also gone on to not just respect Batman’s history, but to add to it. Brilliantly, this has been done without retconning or obliterating the work of other great writers and artists.

Speaking of great artists. Carmine Di Giandomenico, Ivan Plascencia, and Pat Brosseau have been delivering perfection from page one of issue #1. This series has always looked terrific and I, for one, would love to see this team working on one of the ongoing Batman books when this story ends. Heck, now that Chip Zdarky’s the writer on the ongoing flagship Batman title I’d really enjoy seeing them step in to give the wonderful Jorge Jimenez a break, after the initial “Failsafe” story arc.

This series has never been less than good, and in recent months has been truly excellent. Batman: The Knight #8 has turned the “friend turned foe” trope on its head and done something surprising with it. It’s rare for a comic to catch me off guard, or for a story to deliver something I didn’t see coming. The breadcrumbs and clues in this series are as masterfully crafted as the misdirection and red herrings. What we’re being given is a story that truly adds to Batman’s legend, something for which I’m very grateful.