A wonderfully detailed new Batmobeast vehicle based on the Dark Nights: Death Metal storyline is now available for preorder from McFarlane Toys.

Take a look at the promo:

Few stories have given me as much joy over the past couple years as the one about a tyrannical, alternate universe Batman who transfers his consciousness into a murderous monster truck. I would have run over someone’s foot with a rascal scooter to have been a fly on the wall during that pitch meeting.

The Batmobeast combines so many pop-culture elements of my childhood: Knight Rider, Transformers toys, Gravedigger, and obviously Batman, into one delightfully evil package.

Some action figures (though this is more of a sentient action vehicle) are meant to sit still on a display shelf and be admired, but this is definitely one that demands out to be taken off the shelf and played with! Just imagine it demolishing every other toy in its path!

Now available for order for just $79.99, it will undoubtedly travel the same road as other DC Multiverse vehicles and sell out fast.

Let’s take a look at the pitch from McFarlane Toys:

After one world within the Dark Multiverse devolved into chaos, Batman uploaded his consciousness into every piece of technology to enforce and protect humanity. However, his protection and leadership soon turned to tyranny, and those he sought to save revolted against him. 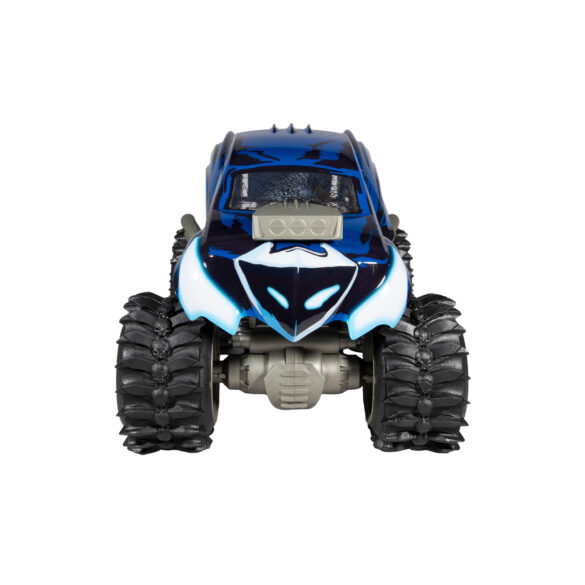 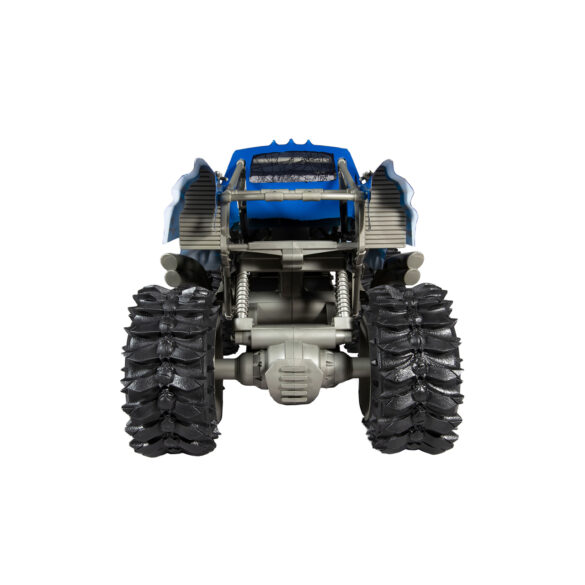 In an attempt to regain their freedom, humanity wiped Batman from every piece of tech on Earth except one, the Batmobeast. Designed to be the ultimate all-terrain vehicle, this monstrous Batmobile now holds all the imprints of Batman’s consciousness, and races across the desolate landscape of its broken planet.

This is an incredibly detailed large vehicle that’s 17″ long and 11.25″ tall. Designed to be able to fit all McFarlane Toys DC Multiverse 7″ scale figures and features rolling wheels. Batmobeast is based on its look from the DC series Dark Nights: Death Metal. Included collectible art card with vehicle photography on the front, and character biography on the back.