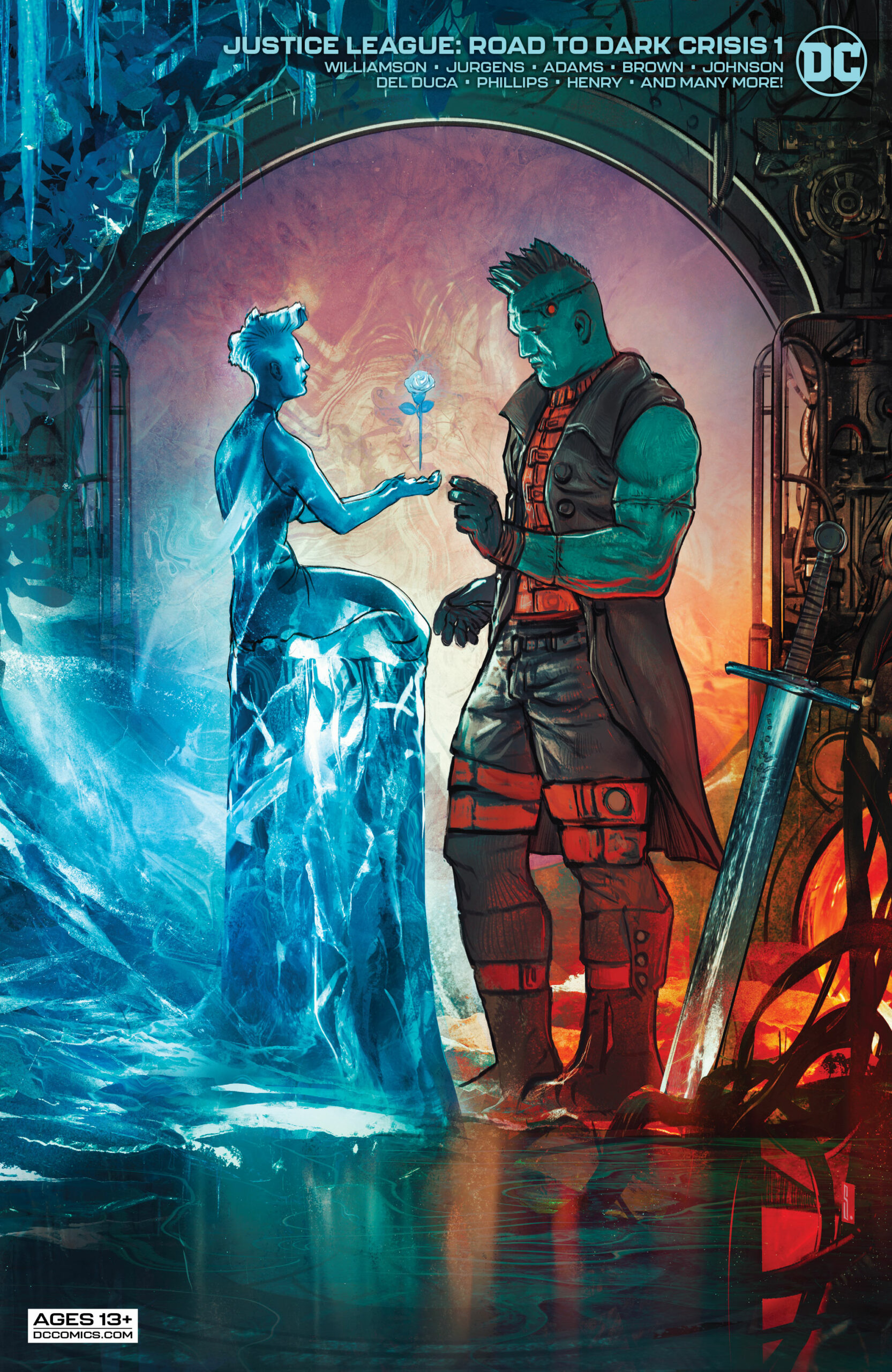 The DC Universe shudders, as its heroes grapple with the death of the Justice League in this week’s Justice League: Road to Dark Crisis #1.

In the wake of the League’s demise, the heroes of Earth-0 are adrift. Jon Kent seeks out Nightwing in hopes to establish a new League. Both Wally and Wallace West pull double shifts, as they try to quell the rising crime rate. Hal Jordan returns to Earth from an extended period away only to encounter Aqualad, who informs the Green Lantern of the tragedy. Stephanie Brown struggles to cope with a Gotham without Batman, as she continues her role as Batgirl.

Also, Justice League: Road to Dark Crisis #1 gives us a glimpse into the life and mind of Pariah, the individual primarily responsible for the events of Crisis on Infinite Earths. He has aligned himself with The Great Darkness in an attempt somehow restore the original Multiverse.

This issue feels like a mishmash of various storylines that have little to do with each other. Ultimately, that makes it feel disjointed. Each of these stories will undoubtedly spin off into either a Dark Crisis subplot or tie-in. Nevertheless, the reading experience is an incredibly fragmented one.

Part of this has to do with the issue’s format. Each story is only a few pages long and has a different creative team. Some of these stories – specifically “Survivors” and “The Pariah” – end so abruptly that it’s hard to grasp their purpose. Also, it doesn’t help that there aren’t clear markers designating where each chapter stops and starts. One story just turns into another – no credits, no setting caption… nothing.

It’s almost as if this issue is some sort of weird buffet plate that has wildly different cuisines on it without dividers. It all just kinda meshes together in a very unnatural manner.

The art is fine though, as each story has its own distinct style. The issue serves as a showcase for some of DC’s talent pool, which is perfectly respectable. I completely understand their strategy here but it doesn’t help with what already feels like a disjointed book.

Also, I will say that Dan Jurgens’ offering seems a little out of place to me. While each of the other art teams feels new and fresh, Jurgens’ style feels retro. I know that he has a following and that he’s an industry legend, who’s incredibly accomplished as both a writer and artist, nevertheless, his style doesn’t align with the modern sensibilities of this issue.

Please don’t misunderstand me, I’m not saying Jurgens’ pages are bad. They’re great, but to me, they feel a little dated. It’s just an interesting creative choice to pair an iconic veteran from the 90s with DC’s current golden child, Joshua Williamson. This man has written the last few “event” storylines for DC and thereby represents their new talent pool. Jurgens, on the other hand, had his heyday thirty years ago. I don’t know who paired these two, but I don’t think I would have made the same creative decision. Again, this is just my opinion.

Justice League: Road to Dark Crisis #1 feels like it’s all over the place, as none of the stories feel like they’re necessary reads for the upcoming event. Frankly, this feels like a bit of a cash grab. DC knows that summer events sell, so they’re happy to slap the Dark Crisis brand on anything just to boost the bottom line. I know that sounds cynical, but I really see no other reason for this issue to exist.

Final Verdict: You may want to save your money for the excellent Dark Crisis #1, which drops next week.

New The Bat And The Cat Print From Sideshow