Warner Bros. has released a first look at the CW’s new Gotham Knights TV show, as well as an updated summary for the series.

Since Green Arrow’s debut in 2012, the CW has become known for its DC TV programming, bringing a wide variety of characters to life year after year. It doesn’t seem to be stopping any time soon.

Although it comes from the great minds that created Batwoman; Chad Fiveash, James Stoteraux, and Natalie Abrams, Gotham Knights is not a spinoff of any of the DC shows already out there. It will also have nothing to do with the upcoming game of the same name, which is due to be released later this year on PS5, Xbox X/S, and PC.

Gotham and Pennyworth director Danny Cannon and writers Fiveash, Stoteraux, and Abrams also all worked on the pilot for the show, which has now been picked up for a full season. 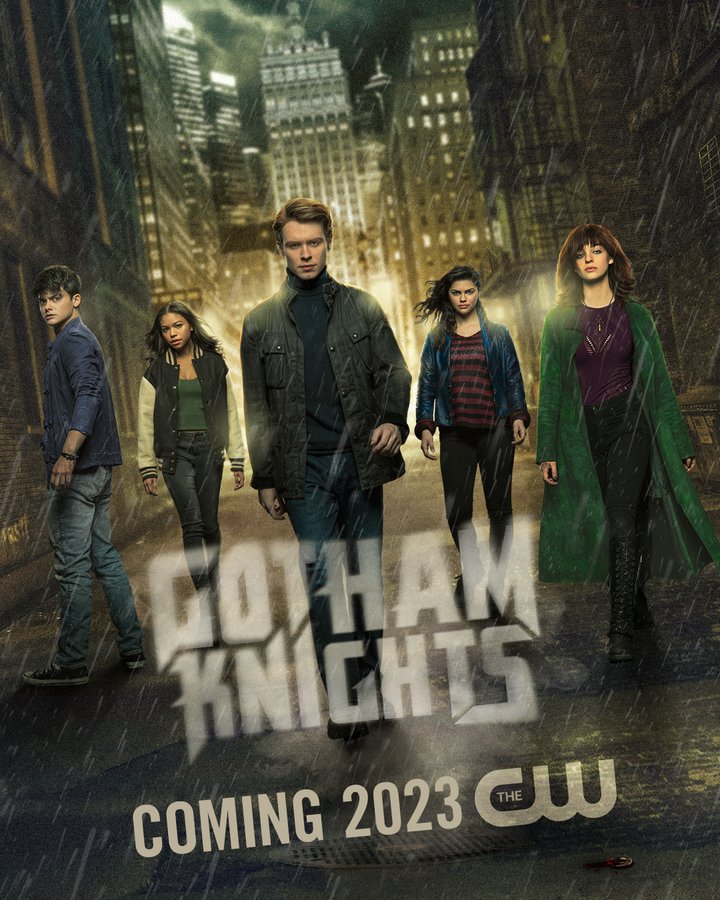 The CW also provided an updated summary for the Gotham Knights:

Batman is dead, and a powder keg has ignited Gotham City without the Dark Knight to protect it. In the wake of Bruce Wayne’s murder, his adopted son Turner Hayes (Oscar Morgan, “De Son Vivant”) is framed for killing the Caped Crusader, along with the children of some of Batman’s enemies: Duela (Olivia Rose Keegan, “Days of Our Lives”), an unpredictable fighter and skilled thief who was born in Arkham Asylum and abandoned by her father, Harper Row (Fallon Smythe, “grown-ish”), a streetwise and acerbic engineer who can fix anything, and her brother Cullen Row (Tyler DiChiara, “The Virgin of Highland Park”), a clever transgender teen who is tired of being polite and agreeable.

Our Knights will soon learn there is a larger, more nefarious force at work within Gotham City. This team of mismatched fugitives must band together to become its next generation of saviors known as the GOTHAM KNIGHTS.

It’s very well known that Batman adopts kids in the comics but Turner Hayes is an original character created for Gotham Knights. A DC character named William Hayes already exists in the DC Universe, however, it’s unclear whether there’s any relation between the two.

Although the series is set after Batman’s death, there are behind-the-scenes photos showing a cast trailer with Bruce’s name on it.

Gotham Knights will most likely be held for midseason 2023, but The Flash season 9 and Superman & Lois season 3 have been confirmed, with a decision on whether there will be a third season of Stargirl still unclear. We will hopefully learn more about the DC TV network throughout the year.