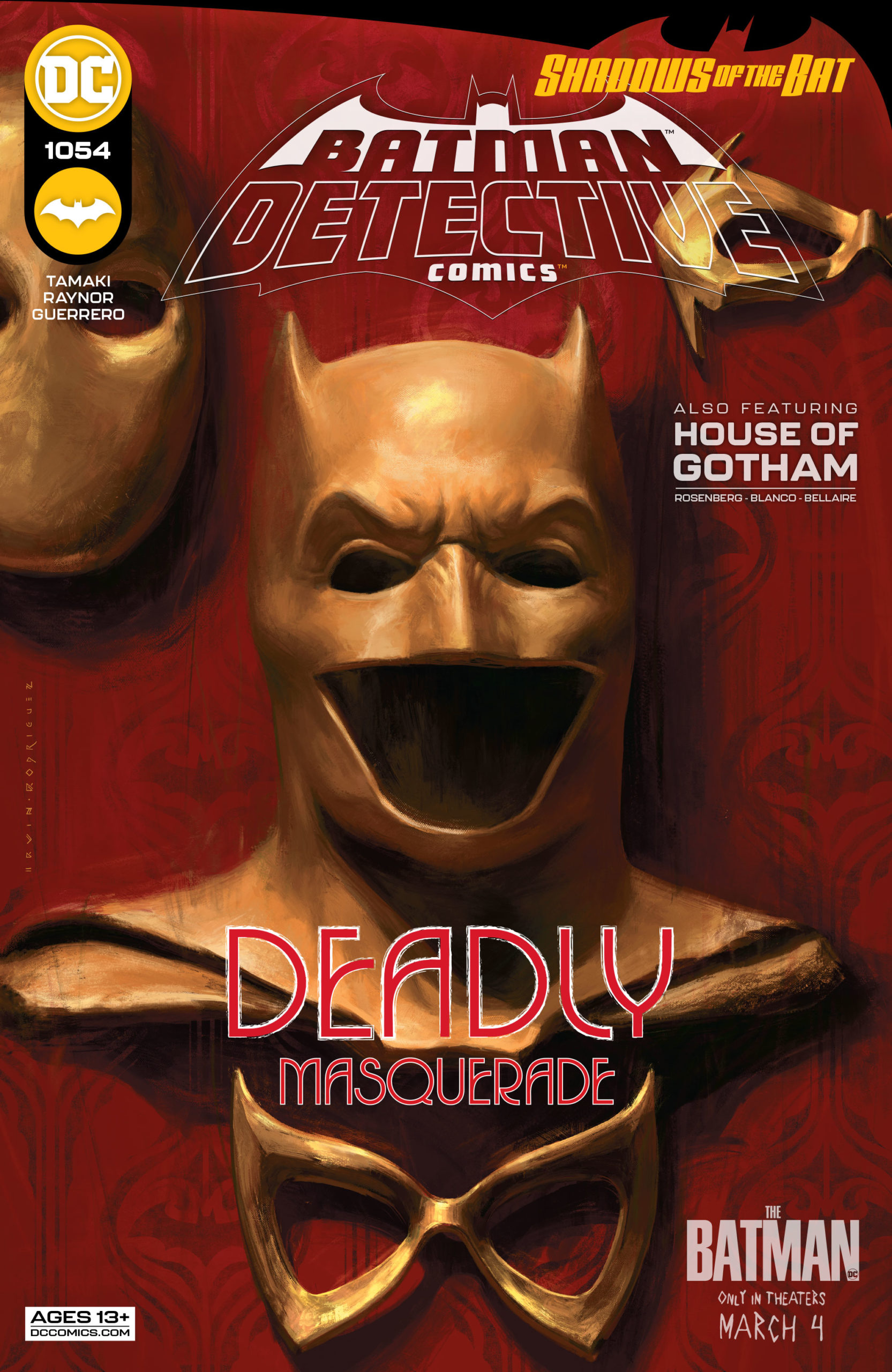 It’s all been building to this… The clock has finally run out. The only thing that stands between the innocent people in and around Arkham Tower, is the Bat Family. Check out Detective Comics #1054 as Gotham may self-destruct after reading.

It seems we’re finally up to speed on the events leading up to the explosive first issue of the current story “The Tower”. This issue bridges the gap between the opening day at Arkham Tower to the explosive night that we first read about, way back in Detective Comics #1046. Everything makes sense after this issue, as I went back and re-read the #1046 afterward and it made it so much better.

The issue kicks off with almost every character we care about in danger (classic comic move!) Oracle and the team are under fire from the Party Crashers, who discovered the underground tunnels leading to HQ. Nightwing’s staring a very dangerous Psycho Pirate right in the face and Huntress is in La-La land. Something we can always rely on is our heroes using their skills and wits to out-think the villains. The brilliance of how Mariko Tamaki has written this with a non-linear form of storytelling is that we know most of these characters are safe, but I still couldn’t help but hold my breath when Nightwing looked into the eyes of the Pirate.

I love the art in this weekly run, as it’s given everyone bright colors, met with the darkest of shadows, depending on what’s happening in the story; if the situation is hopeful or disastrous. Almost as if the reader’s in the dark until a light is shone to reveal what we weren’t seeing the whole time. Outstanding work by Max Raynor, Luis Guerrero, and Ariana Maher. Also, I loved seeing Ben Affleck’s Cowl on the cover of this issue, high praise to Irvin Rodriguez whose photorealistic covers are all going up on my wall!

So my suspicions have been confirmed. Roy has been quietly navigating the famous tales of the Dark Knight. We’re at a particularly dark time now, Batman’s broken and in a wheelchair, Azrael is the new Dark Knight and he’s in a particularly murder-y mood.  We see Bruce incapacitated and the world’s greatest detective finally crosses the finish line and realizes that Roy is out there. He sends his Robin at the time (the only Bat-family member I said last week was missing from this book) Tim Drake out on a search and rescue mission, but things never turn out the way we want them to, do they? All I can say is… poor Roy.

Detective Comics #1054 is another smash hit of an issue. This title has been consistently awesome for the last 8 weeks and it just keeps getting better. So go out, run to your local comic store. Jump on eBay. Pre-order the Trade Paperback on Amazon. This story is fantastic and you’ll regret not reading it as soon as you can!