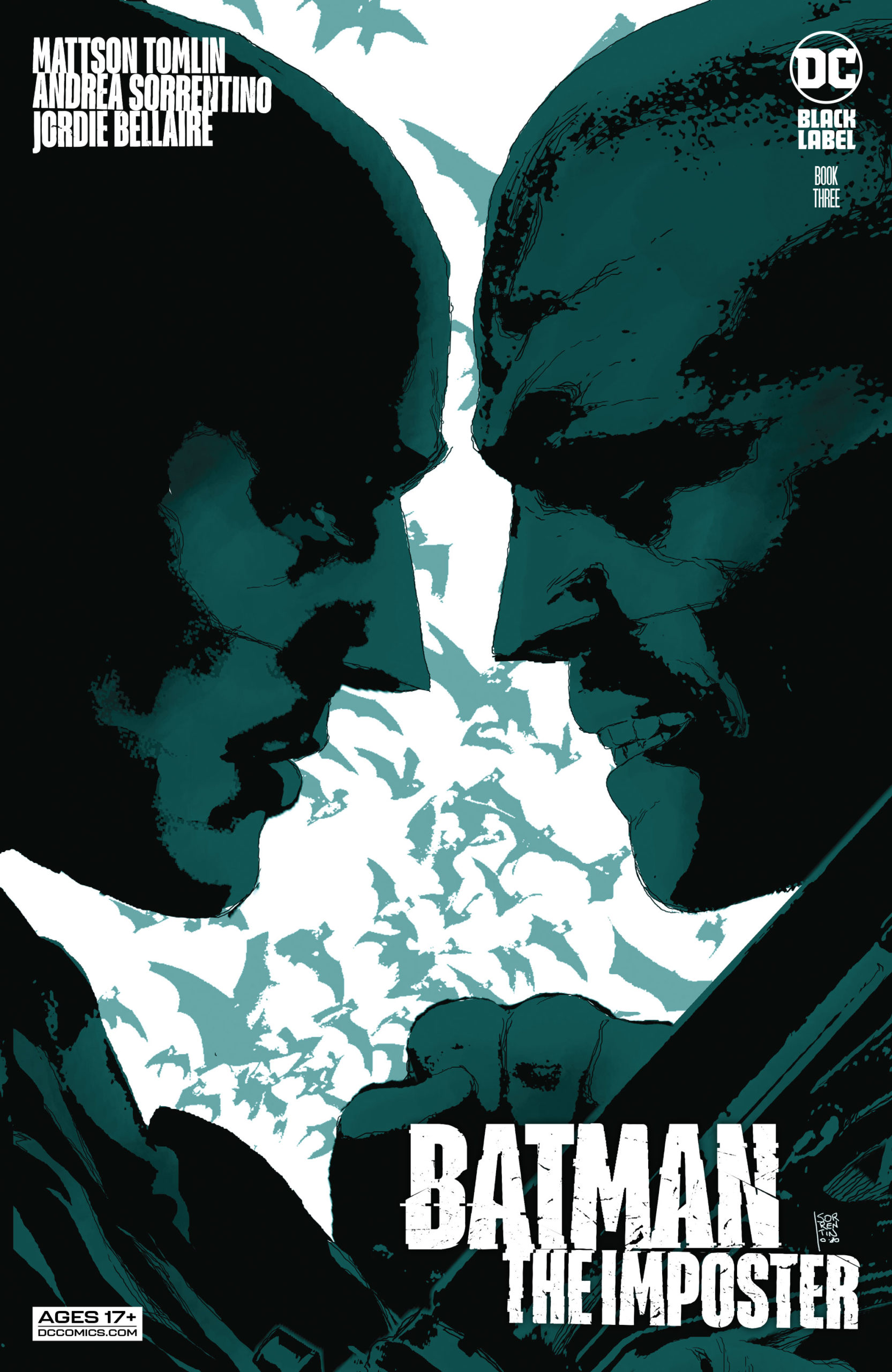 I had rules.  I thought they’d be enough.  I was wrong.
Do you think Gotham will be better off without me? ”
-Batman/Bruce Wayne to Detective Blair Wong

The battle against the imposter poisoning the Batman’s name heats up, while Detective Blair Wong makes a deadly decision, in Batman: The Imposter #3. Is there any way back for Bruce Wayne’s war on crime after the damage the copycat has done? Or was that war already lost before it ever began?

Mattson Tomlin takes the question of ‘What if Batman was real?’ as far as narratively possible and has conjured incredible potential that hasn’t recently been explored in the comics. Batman: The Imposter treats Bruce Wayne and the people around him as tragically flawed and vividly real, with the obstacles Batman faces coming from a reality that closely mirrors our own.

Mattson Tomlin has taken pulp noir to a new level in Gotham. There’s a deeply dark and gritty interrogation in GCPD, that’s obviously heading in the wrong direction. The inner narrative that provides the voice-over in your head to be a bit deeper and foreboding.

There’s blood, too – lots of it. How can Bruce not have tetanus or even be able to stand after losing so much via knives and bullets? Tomlin’s Batman is real… or at least he could be. Some may have an issue with the blood loss or the interrogation scene being a bit too hard-hitting.  However, if you suspend a bit of common sense, it’s real and gritty. Frank Miller had his treatment of Batman, but I daresay there’s a new person that gives a lens to Batman that we have not looked through yet; Mattson Tomlin.

I love the tweaking of the story in Batman: The Imposter #3. The lenses of both Detective Wong as well as Dr. Leslie Thompkins, provide a new view of Gotham’s vigilante hero. These are two strong female protagonists trying to heal their city in their own way.