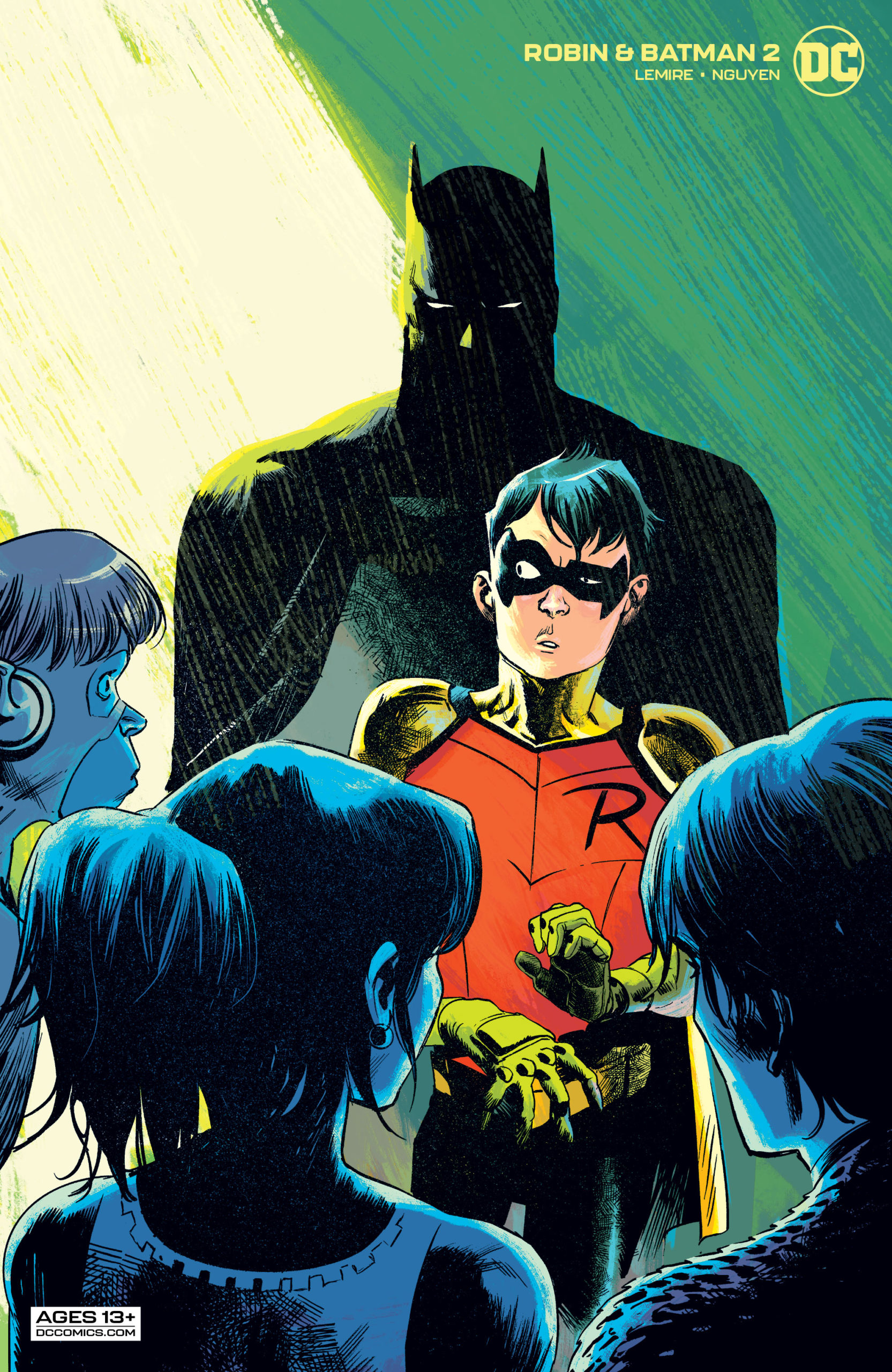 Robin & Batman #2 continues the tale of the original Boy Wonder’s early years as Batman’s protégé and sidekick. This incredible series not only lets us see Robin’s world from his own perspective, as opposed to the Dark Knight’s, it also shines a new light on his circus background, gives us an updated re-telling of his early cases, and his first meetings with members of the Justice League, and the original Teen Titans.

Issue #1 of this series was amazing, and this second chapter more than lives up to the standard set by its predecessor. I have to say that updated versions of character origins are two-a-penny, and for every one that hits the mark, there are frequently several that should just be ignored in favor of the Gold, Silver, or Bronze Age originals. Of course, not every revisitation is written by a talent of Jeff Lemire’s caliber.

This issue blew my mind. 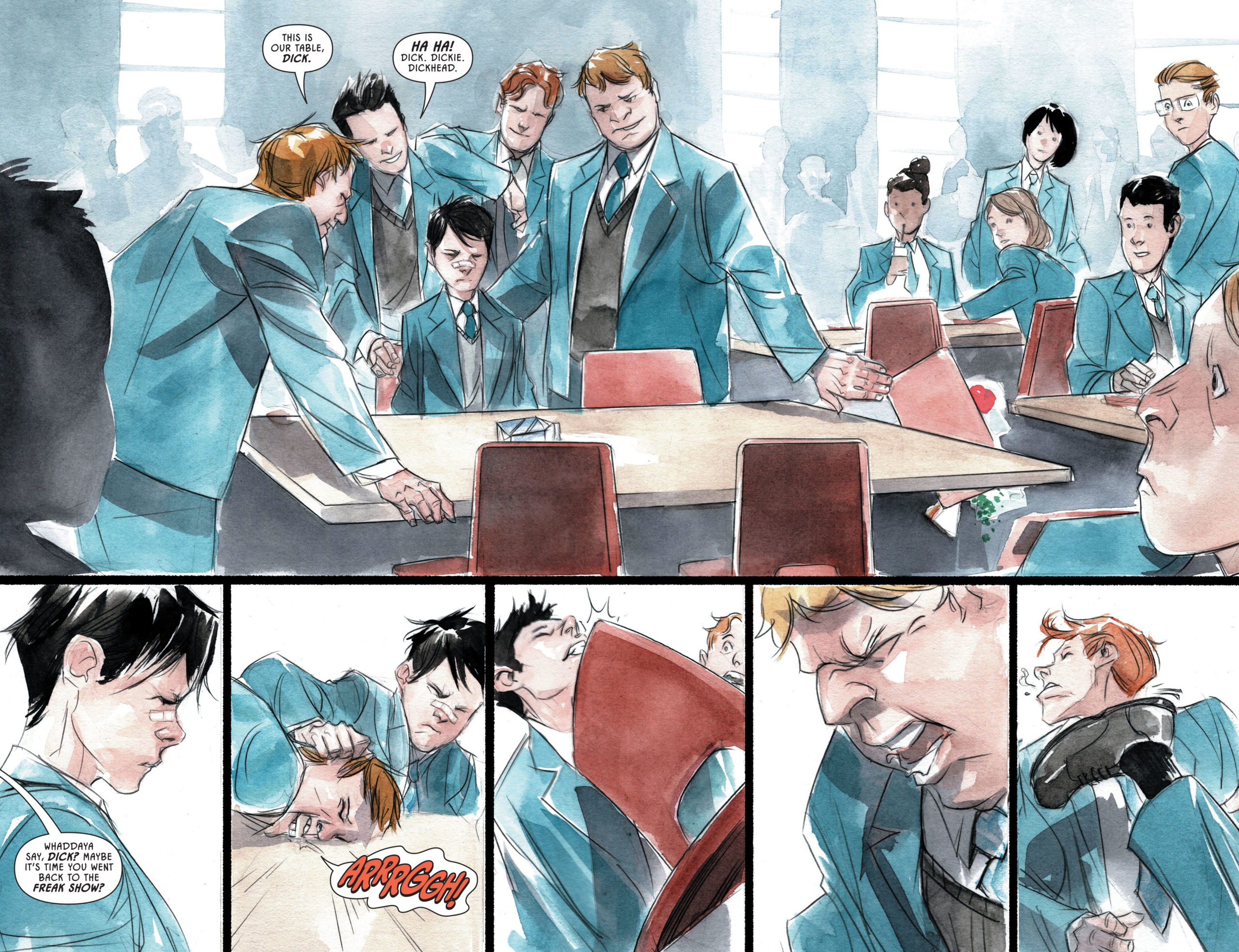 Dick Grayson has always been written as capable, but in Lemire’s hands this pre-teen hero has become something far cooler, and more than a little darker. Batman’s mission – and some would argue his obsession – is deep, and all-encompassing, but never before have we seen how it may affect his young crime-fighting partners. The Dark Knight has always been a creature of the shadows and a man who uses subterfuge to achieve his goals. Robin has always been the bright counterpoint to his mentor’s darkness, but in this brilliant series we see that the Boy Wonder’s bright colors do more than show Batman what he’s fighting to protect, they also take suspicion away from Robin, in ways I’d never previously even thought about.

Dustin Nguyen is delivering some of the finest work he’s ever produced. Yes, he gives readers stellar action, but it’s the level of storytelling and character emotion he puts on every page that elevates Robin & Batman to the upper echelons of comics stories. The look on Alfred’s face at the end of the book, and the way Robin seems to be uncomfortable about what he’s done but did it anyway, are completely first-rate.

Steve Wands’ work on this issue is also fantastic. I wonder what ran through his head while laying the words on the pages, particularly Alfred’s thoughts at the end of the book. The art in this series is sublime and Wands’ workflows with it, and enhances it, making the reading experience a great one.

Robin & Batman #2 is brilliant. If the final issue sticks the lading, which I’m sure it will, this series will join Batman: Year One, The Long Halloween, and Dark Victory as books I’d recommend as essential reading, for anyone wanting to tackle the Dynamic Duo’s adventures in chronological order.

This is a must-buy title.