Sideshow Collectibles have released a brand new limited edition Batman vs. The Joker statue by Koto Inc and Zerostar. The diorama depicts a battle between the Dark Knight and his arch-nemesis The Clown Prince of Crime.

Angered by the Joker’s villainy, the caped crusader pursues him with unrelenting fury. Here, he grasps his nemesis by the throat, fist raised and ready to strike out the evil from Gotham City once and for all. 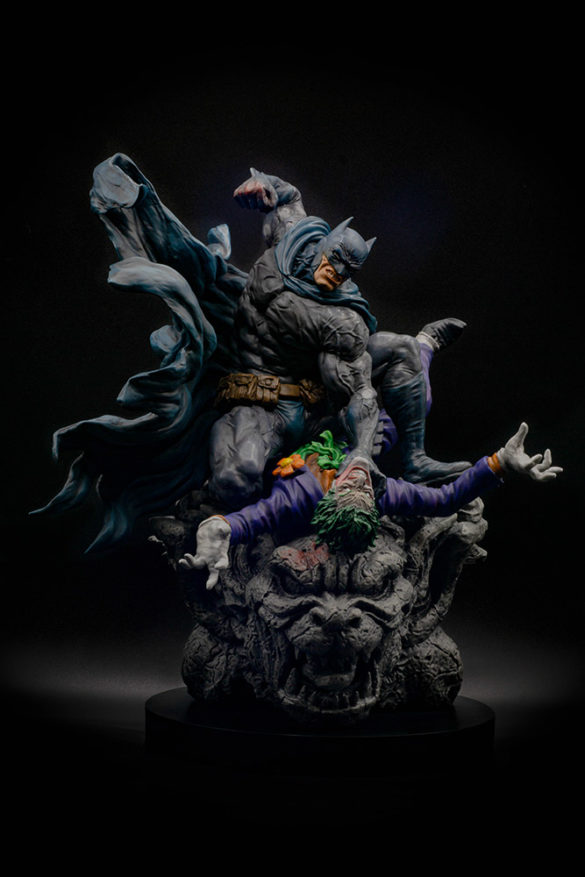 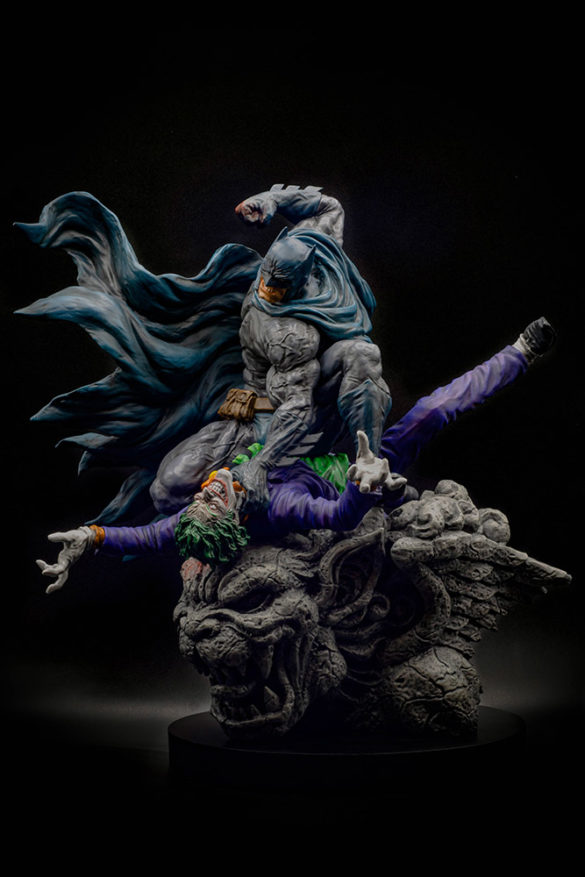 Symbolizing his chaotic and often nonsensical nature, the Joker breaks out in unrestrained laughter. Beneath him, a massive gargoyle carved in stone comes to life through the sculptor’s gritty portrayal of the scene.

This statue is exceptionally crafted from Polystone by veteran sculptor Keiji Iwakura and it is extremely highly detailed. The details are absolutely amazing; from Batman’s rippling veined muscles to the menacing stone gargoyle, which they’re fighting on top of, and The Joker’s maniacal smile. 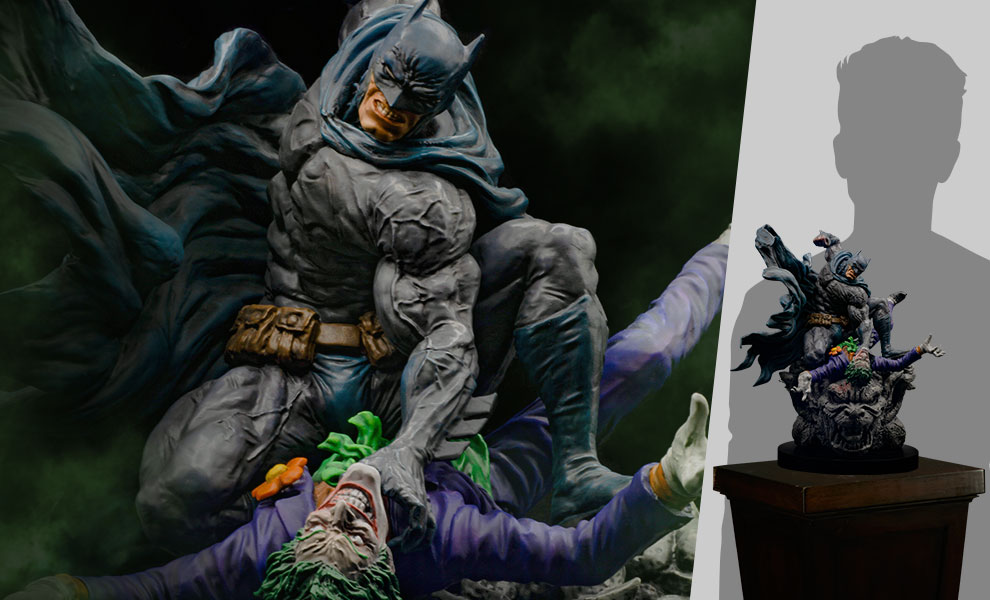 Every time I look at this piece I notice something different, it’s amazing and it would make an amazing addition to any DC Comics/Batman fan’s collection.

The statue measures approximately -Height: 10.00″ (25.4 cm) Width: 19.00″ (48.3 cm) Depth: 21.00″ (53.3 cm). The statue’s limited to 1200 pieces and is priced at $350. Sideshow Collectibles has also stated that the DC world can anticipate many more iconic characters and stunning scenes in future releases from Koto Inc. and Zerostar, and I really hope that any future releases are as amazing as this one. 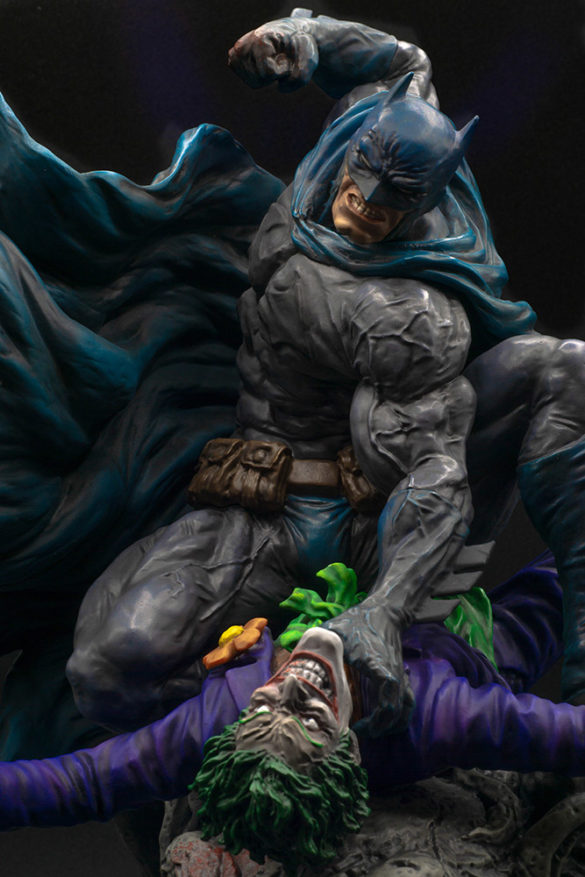 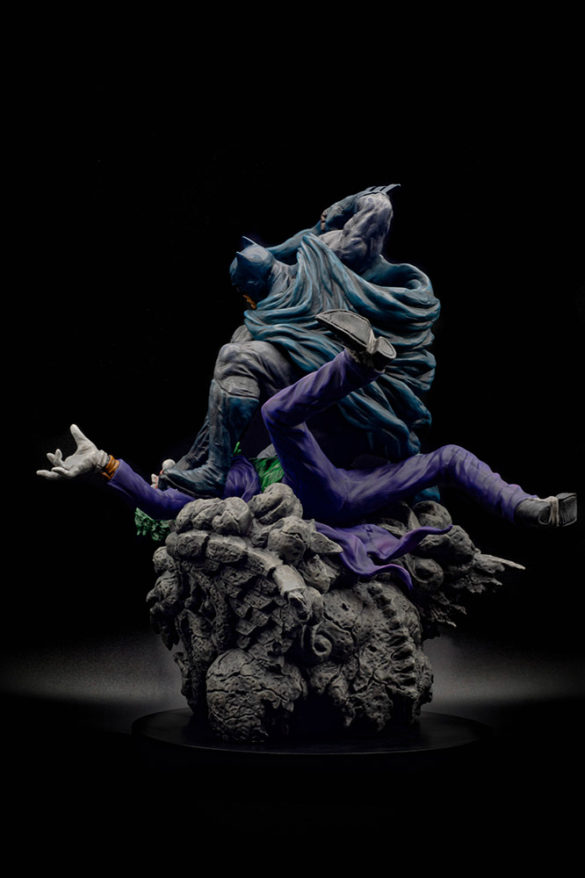 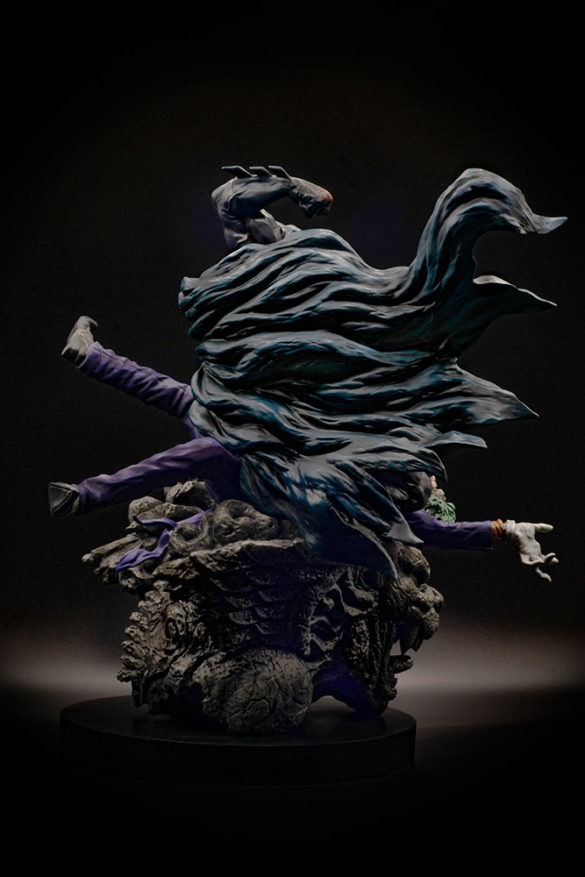 The statue is now available to pre-order from Sideshow Collectibles and is expected to ship between January and March 2022.  The item shown in the photographs is a prototype. When shipped, the final production piece may differ slightly in appearance.