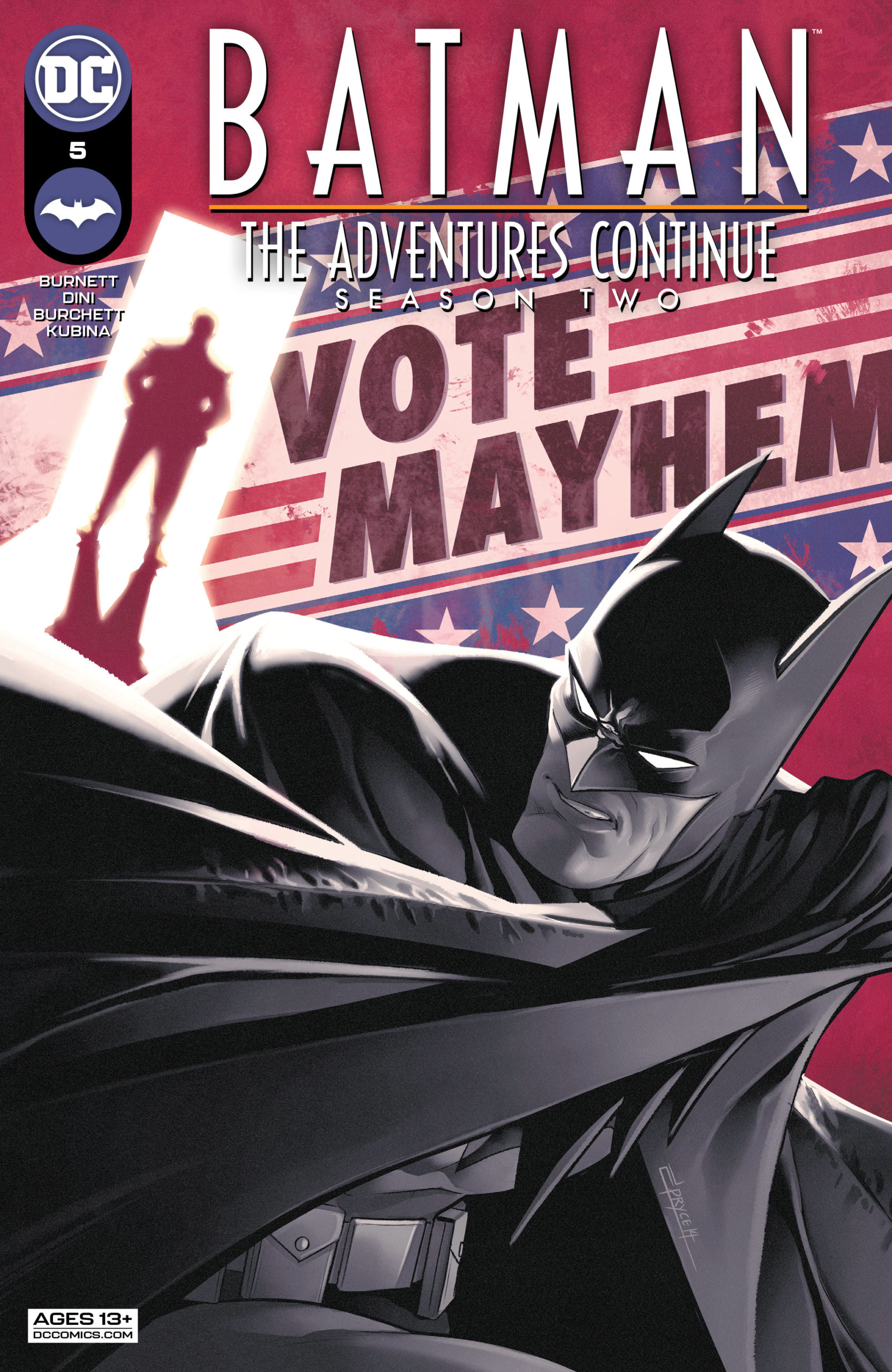 Which is better? Batman The Animated Series or The New Adventures of Batman? If you’ve ever asked yourself that question (I know I do almost daily) then this is the issue for you! Through the art of the flashback story, we’re treated to both art styles in one issue, and a great story to boot! But the real question this week is who has your vote… in; Batman The Adventures Continue #2.5?!

We’ve been spoiled rotten with this book over the last year, seeing characters old and new brought into the mix. Vintage stories from classic episodes expanded upon, not to mention classic Batman legends retold! This issue takes us on a journey into Batman’s past, through a new untold story about a former Mayor of Gotham.

The city’s had a few Mayors over the years, and the only thing connecting most of them is corruption. This issue introduces Mayor Hamilton Hill’s predecessor, the former mayor of Gotham, Emerson Mayfield. Does the name sound familiar? It shouldn’t, as he’s a completely new character. In this issue, we’re treated to his back story and learn how he got on the wrong side of the Dark Knight.

This man is slippery, he’s a liar, a charmer, and evil… let’s just say he’s a politician. He and his special task force run through Gotham showing no mercy, and only the caped crusader can stand in his way! Mayor Mayfield has formed a special task force made up of former prison guards, convicts, Arkham patients. They take to the streets, what could possibly go wrong? Read the issue to find out!

The writing in this issue is wonderful as always, the sweet sounds of Kevin Conroy’s perfect Batman voice are always in my ears. Alan Burnett and Paul Dini have really nailed this run, introducing new characters without them feeling forced in is an art form that they’ve perfected. Speaking of art, this issue had the potential to be a love letter to both Bruce Timm styles of Batman. Sadly Rick Burchett slightly misses the mark, instead of framing it and put it on my wall, it looks a bit like a fan has tried to draw the animated series characters from memory. It’s not bad, I just really wanted more from this issue.

This issue reads like a dream, it’s action-packed and the witty quips are perfect as always. It’s definitely setting up something big. I am definitely excited to see where this story goes next.