Moon Knight is certainly an entertaining and compelling character in the right creative hands, and one with a long and established history, though at times it seems like the only thing he’s (erroneously) known for is being the “Marvel Batman”. While there are certain similarities; a taste for high-tech gizmos and nocturnal adventuring, plenty of other comics characters also share those traits. Moon Knight has plenty of distinguishing characteristics, like his dissociative identity disorder, that allow him to stand on his own as a character. Marvel Comics, however, continue to push a Batman/Moon Knight connection in scenes like the one from Moon Knight #3 where Spector pointedly abandons his gadgets in favor of a baseball bat. 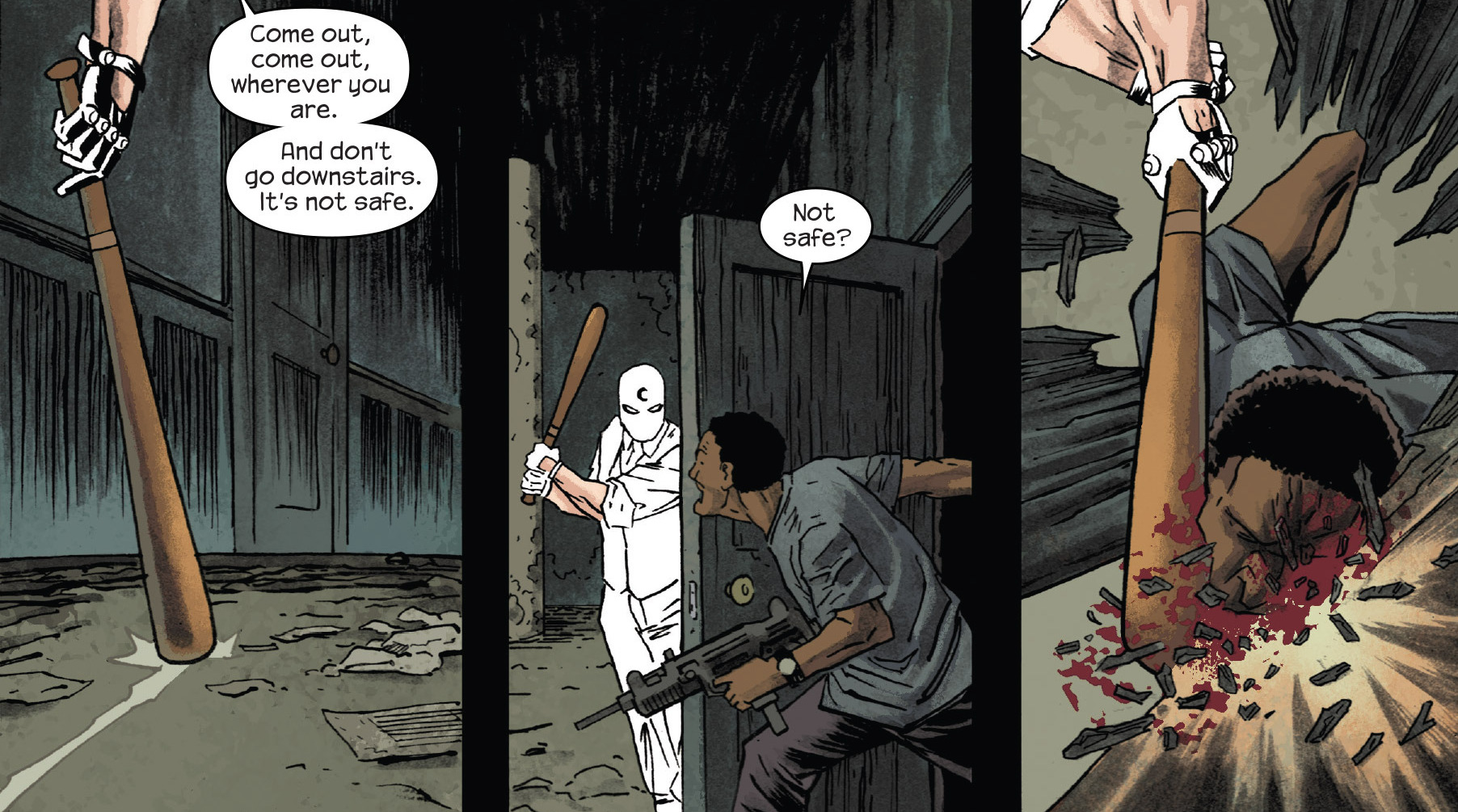 Who doesn’t love a good pun?

Marvel Comics seems to be making a habit of zinging the Caped Crusader recently. It’s most likely done in the spirit of good fun; like when DC launched The Terrifics to chastize Marvel for canceling The Fantastic Four over a dispute with 20th Century Fox. Or, the time Marvel coded its search engines to return results for Moon Knight whenever someone searched for Batman. Marc Spector/Jake Lockley/Steven Grant/Mr. Knight’s psychiatrist might say, that all of it stems from a place of deep insecurity and fear of abandonment. Either way, this Batman/Moon Knight stuff makes for good forum fodder and counter banter down at the comic shop.