“We’re All Prepared For It” 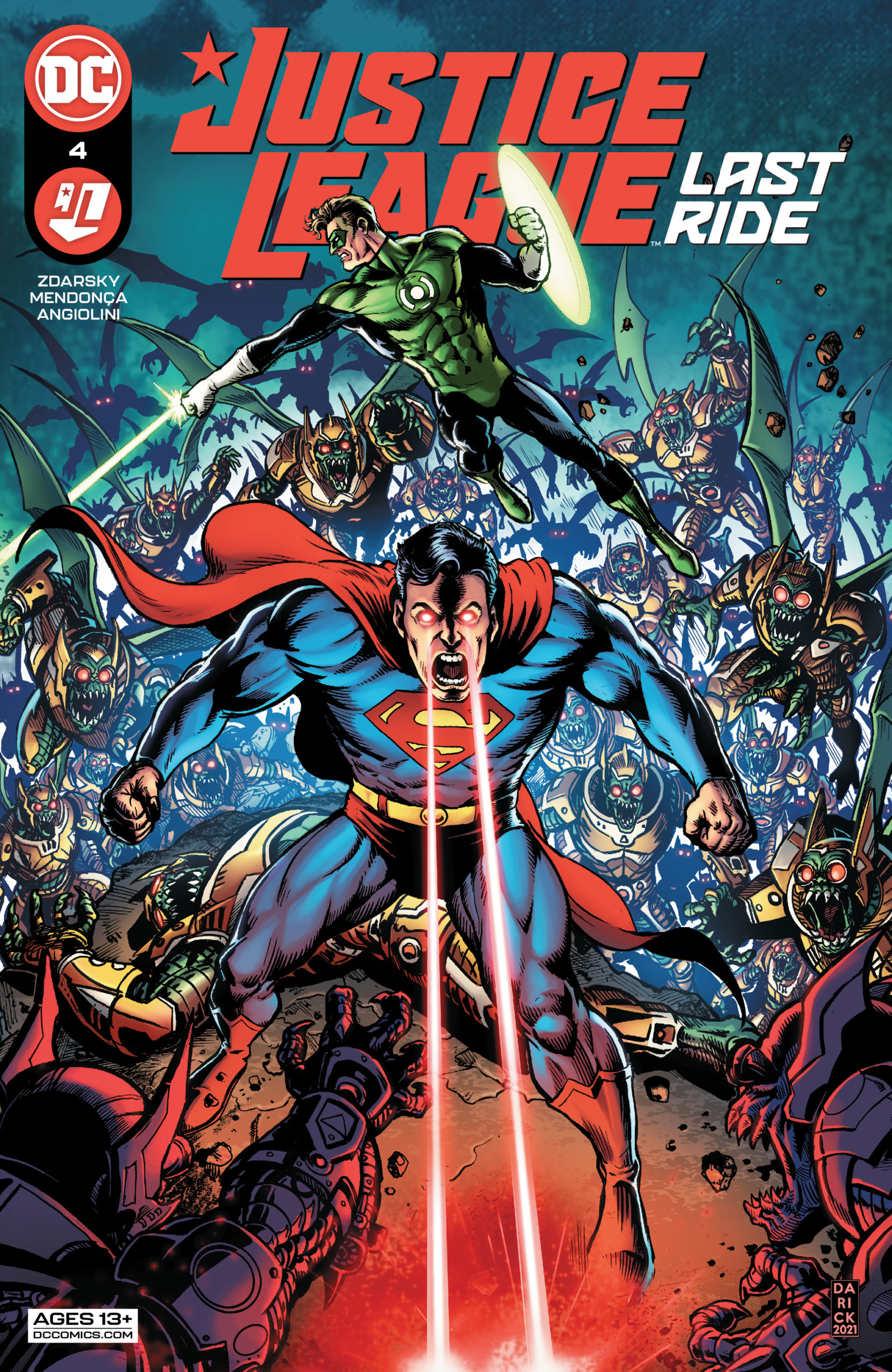 It was always going to be tough for Chip Zdarsky to top the last issue of this book for me, as the campfire stories melted my grumpy old heart. I was wrong. Once again, he’s got me right where he wants me and has given me the one thing I wanted more than Batman eating s’mores…. Justice League Last Ride #4 provides answers.

We jump back into the past in this story, and finally see the day when the Justice League faced it’s most challenging battle. We have Batman and Martian Manhunter trying to stop the Boom Nukes on Apokolips. Of course, the Dark Knight’s planned ahead and has a strategy in place that sees the League is fighting on multiple fronts. Superman and Green Lantern protect Oa from the despicable Darkseid. Wonder Woman and the amazons, with boots on the ground, fight off Apokolips’ mighty hordes. With the League spread thin, Darkseid manipulates all this to his advantage, and a judgement call has to be made by Batman, at a terrible cost.

We also get to see Lobo again, and find out that the main man’s a good listener, particularly when he starts pouring words of doubt into Superman’s ears, making the big boy scout start doubting everything he believes, and everything he’s been told. Could Lobo be right? Could the League have been misled again?

The issue’s stunningly drawn by the constantly impressive Miguel Mendonça, who’s great at everything he does, especially amazing scenes featuring the world’s greatest superheroes coming face-to-face with returning villain, after returning villain. This issue’s a who’s who of DC Comics good guys and bad guys.

The Art has been stunning throughout each issue. The writing’s like getting a ton of different presents on Christmas, where each one has you feel a rush of different emotions. Justice League: Last Ride #4 is really going to make you want to keep reading!