“The Hunter Or The Hunted” 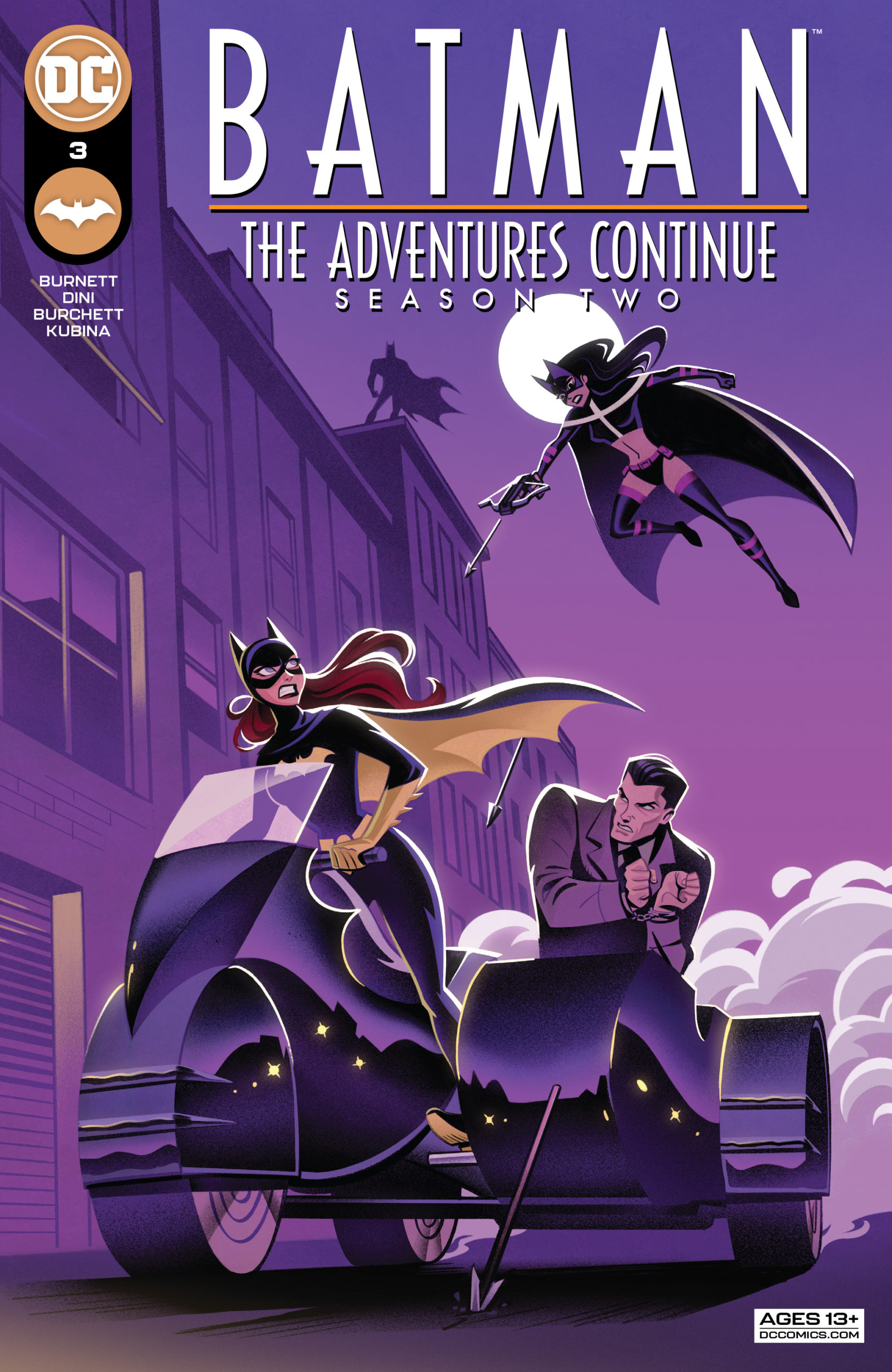 For those of us who simply adore Batman: The Animated Series and The New Adventures of Batman, Batman: The Adventures Continue #2.3 takes a character from one of the most critically acclaimed episodes, and brings them to the comics page. This is one giant love letter of an issue!

After the shocking events of the previous issue, I was sure this one was going to be more kid friendly, or a bit more light hearted. After reading it I realised this dark issue was a perfect representation of what BTAS was, a cartoon for adults that’s also loved by kids!

This issue introduces us to Black Mask for the first time in the BTAS universe, and we’re thrown straight into an angry Batgirl narrating how she’s annoyed that Batman ditched her on this case. Why would he do such a thing? I hear you bat-fans ask. Well, Black Mask’s about to go up against one of his former thugs, The Jazzman!

Who is The Jazzman?

In one of the most loved and critically acclaimed episodes of Batman: The Animated Series,  “I Am The Night” we’re introduced to Jimmy “The Jazzman” Peake, a slimy crook with a penchant for jazz. In the episode he shoots Commissioner Gordon, and sends him to the ICU. A very dark realistic event to happen in a kids cartoon. This explains why Batgirl has an axe to grind with him, and why Batman says she’s too close to the case to be involved. Throw The Huntress into the mix for having her own ax to grind, and this issue turns into a powder keg!

Rick Burchett and Monica Kubina give us lots to discuss this issue. They’ve upgraded the Jazzman visually and what they’ve done is wonderful. Oh, and we also get our first look at a Bruce Timm style Black Mask! Burnette and Dini take a classic episode of the show and elevate it, throwing everything at the story, from witness protection to a Justice League member on the hunt!

As this issue takes inspiration from one of the best episodes of the original series, it was always going to be a winner for me. I enjoyed every page! The art, writing and additional character development across the board were sublime! I can’t wait to read more.

Nathan Fillion and the Civilian Pavilion