“Leaping Into The Light” – Part Five 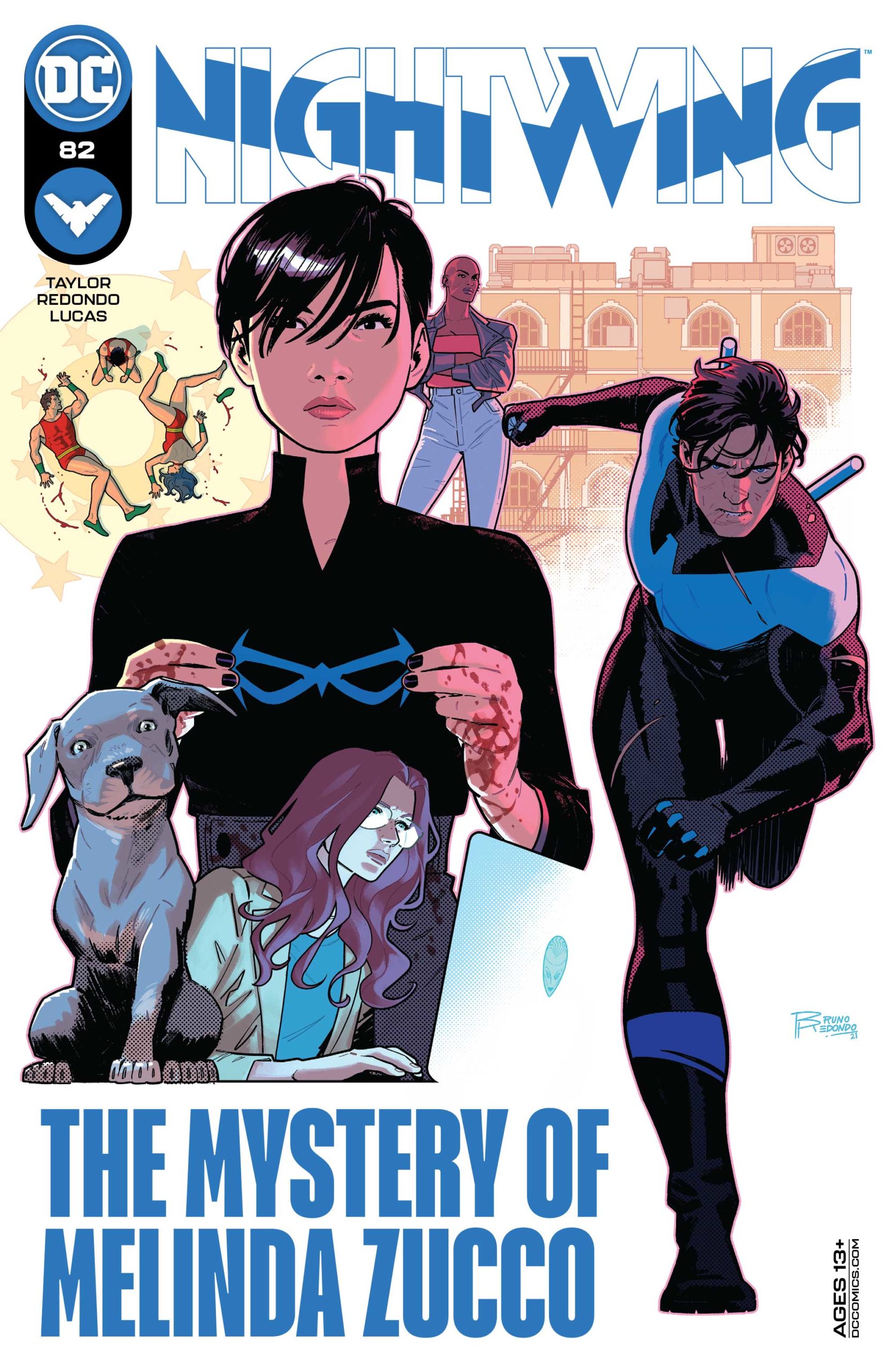 WARNING! If you haven’t read issue #81, stop right here, as the cliffhanger to that brilliant comic sees its payoff in this issue. As the cover brilliantly undersells, Nightwing #82 answers the questions that have kept us in suspense for a whole month, by unraveling the mystery of Melinda Zucco.

Do yourself a huge favor – which you’ll thank me for later – go back and read (or re-read) Nightwing #78-#81 before reading this review.

Dick Grayson has long been one of my all-time favorite characters, and I’ve been collecting comics recounting his adventures since before he even had a solo title. I’ve followed his life since leaving Batman’s side to lead the Teen Titans and watched him pass on the mantle of Robin, to become Nightwing. I’ve even had the thrill of seeing him take over as Batman, on multiple occasions.

I’ve watched Dick Grayson fake his own death and travel the world as an agent of Spyral, before reclaiming the Nightwing name. I’ve seen him lose his memory, and his very identity, before coming full circle. In all that time (40+ years of my life) his adventures have been written and drawn by some of comics’ all-time greats; yet this run – only five issues deep, so far – hasn’t just matched those great stories, it’s actually managed to eclipse some of the very best.

How can you fault a writer who introduced a Bat-Family group chat, or a rescue network that includes a Batman that looks like he doesn’t want to stand down? Or could the Dark Knight’s expression mean that he already knows about exactly what Dick’s facing, and wants to spare him from the emotional turmoil to come? I mean, he is the World’s Greatest Detective, right? How could he not know?

When I saw the long list of artists credited for this issue I have to admit that my heart initially sank, because I wasn’t going to get 20 pages of Bruno Redondo. Sometimes I need to tell my brain to mind its business, and just enjoy the ride… and what a ride it was! Every artist who contributed to this wonderful issue deserves praise and respect. Mr. Redondo, for the parts of the story that are set in the present, and the great Rick Leonardi, Neil Edwards, Andy Lanning, and Scott Hanna, for some of the best flashback scenes I’ve ever read or even seen.

This leads me to sing the praises of this issue’s MVP, in my humble opinion, Mr. Adriano Lucas. Wow!

It’s no secret that color artists are often grossly underappreciated, but if there’s one comic that proves how essential they are, and how much they actually contribute, then Nightwing #82 is it. I must have seen hundreds of flashback sequences in comic books over the last five decades; sepia-tinted, painted, washed out, faded, even some that were virtually indistinguishable from the scenes set in the present.

Though I know it’s been done before, I’ve never seen one color artist handle two different time periods as well as it was done in Nightwing #82. All of the flashbacks that tell Melinda’s story, and that look back at the lives of John, Mary, and Dick Grayson in their Haley’s Circus days, are colored just like the comics of my youth, using Ben-Day dots. Not only was this an effective way of contrasting past and present events, but it also harkens back to the aforementioned classic Dick Grayson tales of my youth. I wasn’t just transported back to the pasts of these great characters, I was taken back to my own wonder years too.

Wes Abbott, I haven’t forgotten you. Letterers, like color artists, don’t get near enough kudos. Mr. Abbott has done some great work on this title, and on this issue.

I read dozens of comics every month, and most of them are good, or even great. Nightwing #82 is one of the titles at the very tip-top of my own personal pull-list every month, these days even more than ever. It’s great seeing great characters handled by creative teams who love them as much as the readers do, but who also have the talent to do these characters justice, and translate that love by transferring it onto the page.

Sometimes I get a little down because almost all the comics I read are so that I can write reviews about them, I rarely get the time to enjoy a title, or watch a show just for fun anymore. This comic isn’t just a pleasure to review, it’s one of the ones that make doing this job so great, and so rewarding.