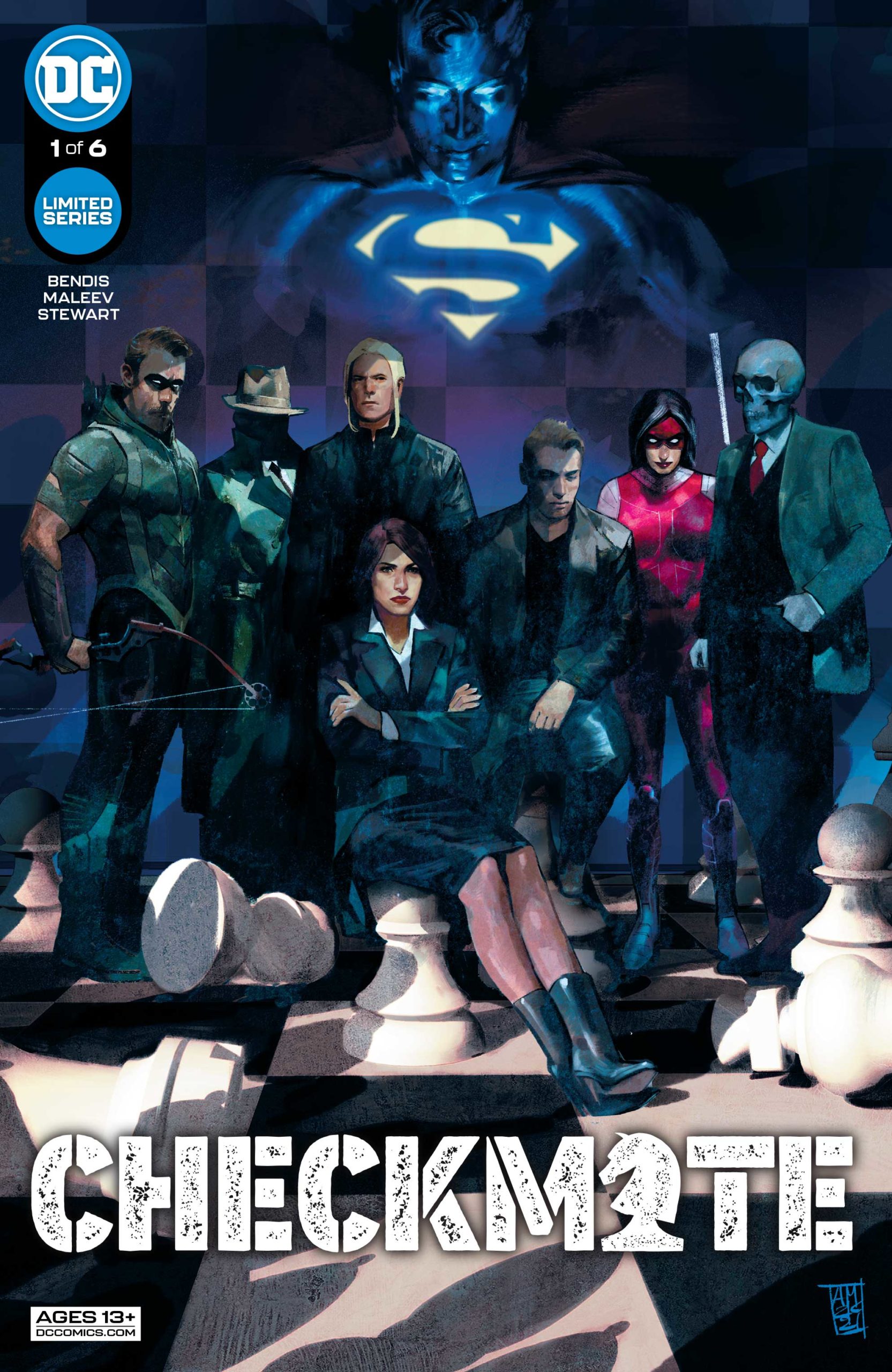 I came into Checkmate #1 completely blind, as I’ve just started reading the Event Leviathan story event from 2019. While I wasn’t necessarily a DC Comics kid growing up, for the better part of a decade (not including the Smallville years) I’ve been indoctrinated into the DC Universe by The CW’s Arrow, and all it’s sister series (and Scott Snyder’s run on Batman). Because of this, Batman isn’t the only DC hero I’m a big fan of – yes, I love me some Oliver Queen and Barry Allen. Seeing that one of those characters is a part this book, along with a stellar line-up of other great DC Comics characters, I knew I had to dive in.

Admittedly, going into Checkmate #1 blind is a bit of a handicap, that said, this book is very enjoyable. There’s just enough backstory to set some pieces into motion, and by the time we got to the two-page splash with nearly the entire team, I was fully invested in seeing Checkmate take on Leviathan, regardless of not exactly knowing who this big bad group is. We do spend some time with the villains, mainly their leader, Mark Shaw.

Much of the issue focusses on Lois Lane, though it never feels like Checkmate #1 is the “Lois” issue. What I love about her in this book is that she’s never not looking for the truth, which fits what most people have always known and loved about the character from the get-go. That said, Lois grills the mysterious King (a member of her team) as much as she does Leviathan.

The rest of the team is introduced early on in the issue, though their appearance is brief. We get just enough to know who’s on part of the group, how their personas intermingle, and know that The King is our mystery hero. It’s strange to see very little dialogue from the team as a whole, but I suspect with only six issues to tell this story, Checkmate #1 has the burden of setup. With the talent involved in creating this story, I’m confident that the rest of the series should pick up.

Brian Michael Bendis returns to the story he left us about two years ago. I’m hoping to be caught up on the Event Leviathan by the time Checkmate #2 hits the stands, but as far as issue #1 is concerned, Bendis does a great job in setting up this world. If you’ve read the event storyline, I’m sure you got a whole lot more out of this issue, but Bendis makes sure to give just enough backstory to bring new readers up to speed, without sacrificing the new tale being told. I’m here for this super-spy/espionage genre, and while this issue only just touches on it, it also primes the entire series for more. 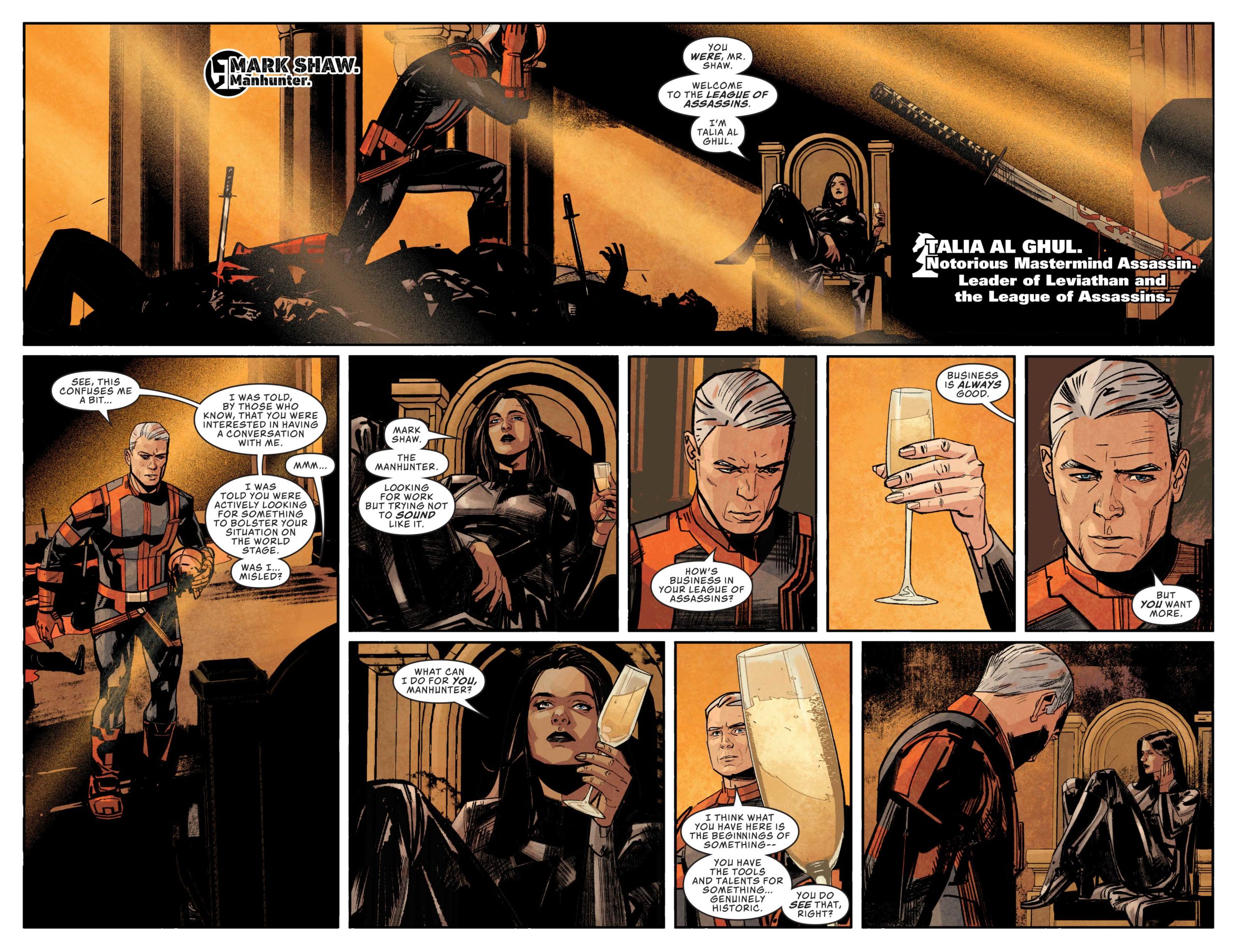 Alex Maleev’s art crushes it in Checkmate #1. With the help of David Stewart’s colors, it’s the perfect blend of modern super-heroics and vintage espionage. Truthfully, it’s the art and colors that really prime this series for that spy thriller feel. While the colors and shading are great throughout the entire book; it’s the final pages with Lois and Allie that nail the feel I want from the rest of the saga. I’m excited to see where this team takes the series and hope that Maleev and Stewart lean more into what they did on those final pages. in the next few issues.

Having gone into Checkmate #1 completely blind, I wasn’t 100% sure what I was getting into. I’m happy to report that Bendis, Maleev, and Stewart work together really well to deliver this introductory spy thriller issue. While there was more appetizer than meat and potatoes, it’s still really fun. The dialogue between the characters is exciting; and I can’t stress enough how much Maleev and Stewart’s art brings the whole thing together.