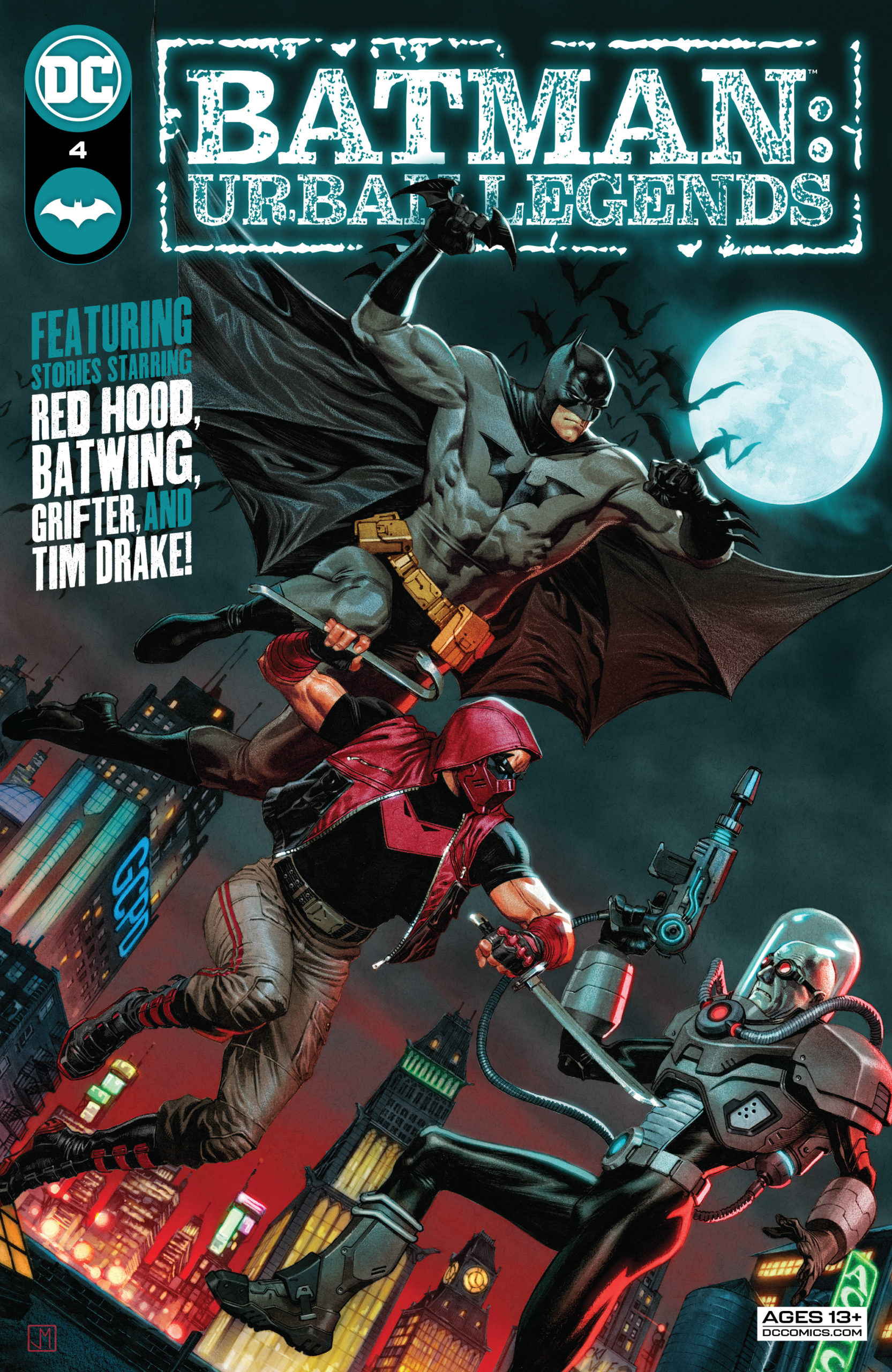 The new Batman anthology series continues! The Dark Knight may be the biggest name in Gotham City, but there are lots of other heroes, and villains, who get a turn to shine in Batman: Urban Legends #4.

Grifter makes a new enemy.  In fact, Grifter is that piece of roast beef stuck in the back of your teeth that makes you desperately need a toothpick, or the kidney stone that just won’t pass. I’m really not sure what Lucius Fox was thinking when he hired this guy to be a bodyguard, when he’s little more than a poor man’s Mel Gibson, from the Lethal Weapon films.

At any rate, how much can this battle scarred guy take from what Gotham (and now Superman) deals out?

The baggage that Batman carries over Jason Todd is enormous, so when you see this through both Bruce and Jason’s eyes, your own ones may well leak a bit. A revisit to “Death in the Family” never shook so much, and to hear the account in Jason’s own words is so tough. Regret, the road too often traveled resonates in his voice in a “Good Grief… why won’t I ever learn?” anthem. Bruce has quite the soft spot for the “son” that gives him the most anguish, so this all feels very biblical in a Prodigal Son type story. Very well written!

I’m so glad that Tim gets his time to shine.  “You can call me Robin since Damian’s not in town.” I never liked the “Red” getting attached to the name anyway, and there’s a lot of room on the shelf for Batman nomenclature anyway.

Incidentally, I love that Barbara works herself seamlessly into every Batman storyline in her Oracle position. Given that Lucius Fox now holds the purse strings, Batman needs her “eyes and ears” in this capacity and to let herself heal a bit!

Batman: Urban Legends #4 allows a richer display of the Bat Family to take center stage.  DC has provided a great playground for the Robins to take flight and for lower level characters like Grifter to take root. We see Gotham from a different perspective… that was hard to do, but this comic places a tilt of the lens to what goes on there!

My best recommendation is to go back and grab issues #1 – #4. The story lines are rich and they weave together, like a great tapestry hanging in the Wayne Manor!