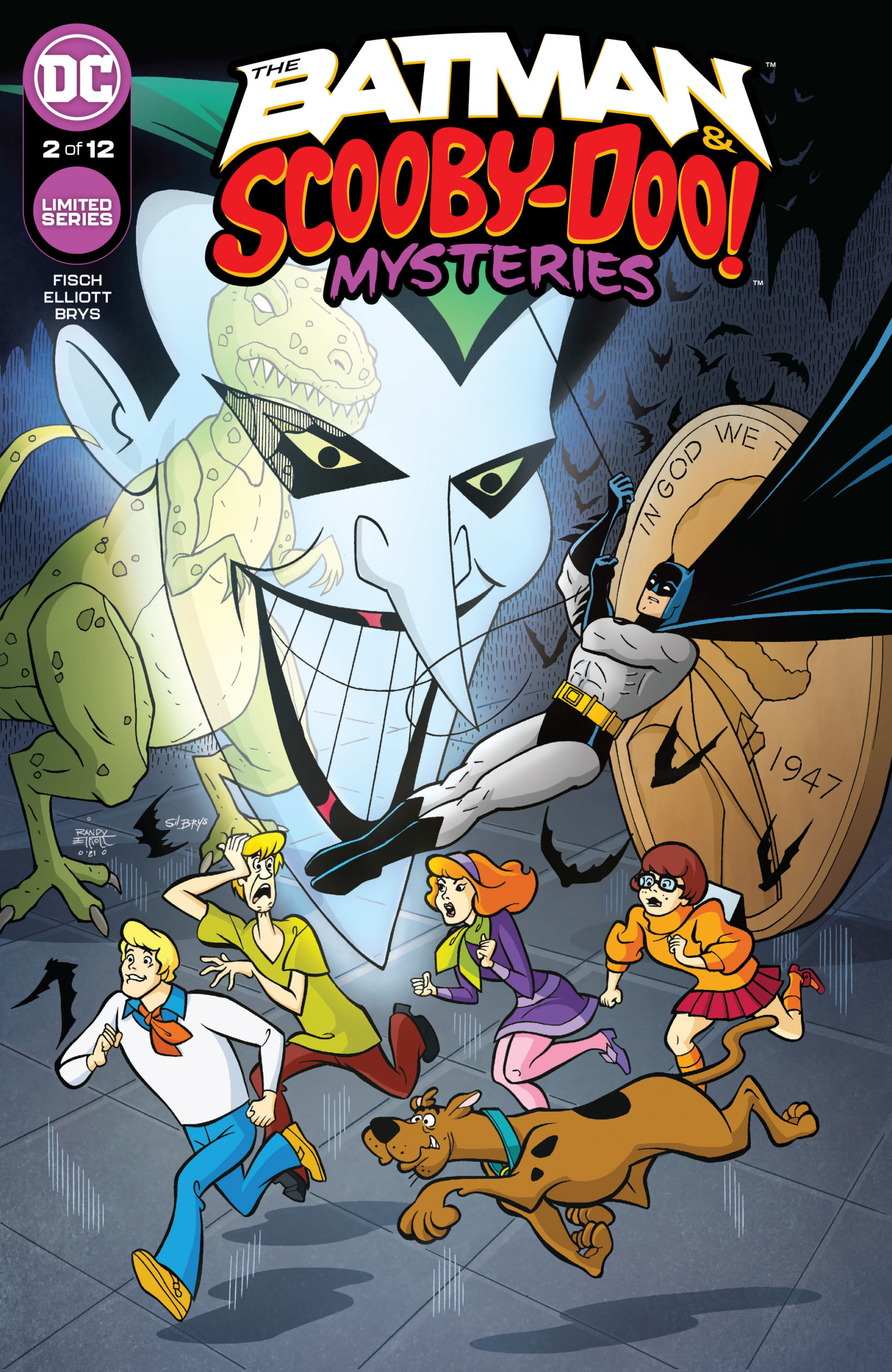 It’s finally here! The Batman & Scooby-Doo Mysteries #2 has arrived. As you can see from the cover, the Mystery Gang and Batman and Robin have teamed up again. This time, the villain they’re apprehending appears to be none other than the Joker himself!

Read on to find out more about the teamwork between the two crime-fighting crews and their further adventures together. Don’t read on if you missed the previous issue!

This comic introduced a lot of fun elements. While the previous chapter gave us Alfred meeting Mystery Inc., this one allowed for interactions between the ‘meddling kids’ and the Joker. Getting to see the hippy mystery-solvers face off against Batman’s most iconic villain is a real treat. Additionally, the Joker carries on with his own gang of crazy clowns, each with their own nickname and type that feels somewhat like mirrors to every member of the Scooby-Doo group.

The art is classic once again, with even the Joker in familiar costume and coloring. The one notable difference is Robin, as this isn’t the same one we saw in issue #1. He now has bright red leggings instead of his usual cheeky flesh. Honestly, since Dick Grayson is probably supposed to be pretty young, if not an outright minor, this seems like a good addition to his costume.. or is this Tim Drake? This hasn’t been made very clear. Other than that, the colors are vibrant and the art feels very comfortable, if not entirely exciting. The most fun pieces of the art are actually in the Batcave, which the Mystery Gang is fortunate enough to get to visit once more.

While there, Batman and Robin revisit trophies from the defeats of other villains. Getting to see some of these trophies in cartoon form and how they’re used later in the issue is real fun (especially the continued gag (pun intended) with the trophy from the Penguin).

In terms of the story, this issue brought a lot more to it. We get to see an actual villain introduced to the world established where Mystery Inc. and Batman and Robin are acquaintances. Also, as previously mentioned, the Joker brings more than just his individual self via the clown crew and rings true to cartoon depictions (less clever and more clown honking). The humor is simple but effective, with small jabs and call-backs to previous statements or assertions of characters.

I was also pleasantly surprised when the solving of this week’s mystery came back to science! We won’t reveal here how exactly this happened, but it was refreshing to see a bit of reality introduced to the comic world. The only thing that would have made it better is if they hadn’t discovered the scientific solution somewhat by accident.

Honestly, though, this issue was still missing some elements for me. Fred made his usual quips and Shaggy and Scooby got to be openly terrified (with many a clever joke by the dog in question), but I want more woman power! Daphne’s presented as very physically capable and definitely intelligent, but her role is somewhat limited in this issue. Velma is almost absent from this story, but I might be a bit biased towards having more Velma content since she’s always been my favorite. (A childhood fantasy of mine would even see Velma and Robin striking up a romance of the mind!) I even wish the clowns had at least one female clown, just for diversity’s sake. Here’s hoping that we’ll see more female presence in future issues!

Overall, The Batman & Scooby-Doo Mysteries #2 is a must-read. No extreme elements of time-bending here, although the introduction of the Joker to this vein of the DC universe is light and entertaining. Getting to see both Mystery Inc. and Batman outsmart one of the most iconic villains in comics is a rare thing, but one that should be noted and celebrated. Although there should be a larger female presence in the comics, we can’t complain about these team-ups and crossovers.

I’m also looking forward to seeing if any Scooby-Doo villains emerge in future chapters, to spice up the variety and make the two worlds of the crime-fighting teams feel more connected. For now, though, we will definitely take the Joker in spades.

Tune in again for the next review of The Batman & Scooby-Doo Mysteries, and if you have any thoughts on this issue, drop a comment below!