“The New Deal Part 3: Broken Ambassador”, “Tools of the Trade” 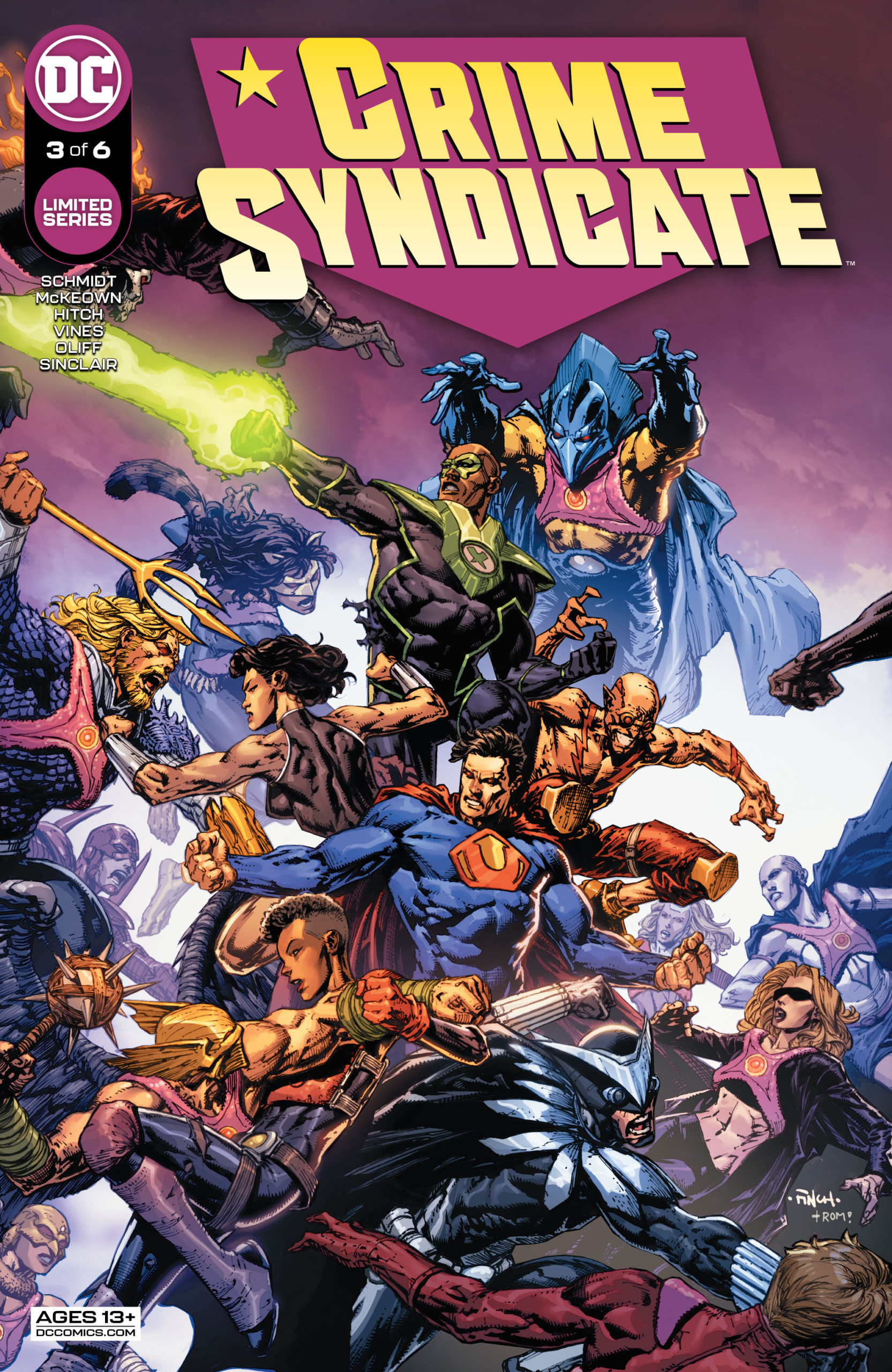 When we last left our… heroes? Villains? The malevolent makers of mayhem! When we last left this crew, they were fighting the world’s metahumans that had been taken over by Starro. Their hope came from the urban legend himself, Owlman. Picking up from last month, Crime Syndicate #3 has a lot to live up to, with an issue that puts the focus on Superwoman.

While we get some backstory in the opening pages, Crime Syndicate #3 saves Superwoman’s origins for the backup story. Instead, we learn some key information about the Starros and the Emerald Knights’ history with one another. While it doesn’t seem important, there is an emotional payoff near the end of the issue (that I won’t spoil, but it makes this a must-read issue).

This issue does another great job at giving us more insight into Superwoman,but without taking away from the team aspect. It may do an even better job at focusing on the team than last month. After reading this issue, we know more, not just about Superwoman herself, but the entire team. Owlman continues to prove his worth as a non-meta, despite his plan hitting some bumps in the road. The entire team starts to come together, no matter how reluctantly, and get the job done.

Kieran McKeown, Dexter Vines, and Bryan Hitch continue to bring everything they have into their art. Crime Syndicate #3 (and the series as a whole thus far) that balances a look of modern and classic all at once. Two pieces really jump out at me as highlights from this crew: the opening double-page panel showcasing the Emerald Knights fight with the Starros and the final page that shows the Crime Syndicate as a team.

“Tools of the Trade”

Tools of the Trade didn’t hit me the same way An Owl in the Light did, but it’s still a great look into Superwoman’s past. It’s interesting to see the parallels between Earth-3 Donna and Earth-1 Diana, and how they differ. This backstory shows us that both women fell in love with Steve Trevor, however, the outcome of those relationships are very different. Once again, I’m left wanting more of Andy Schmidt’s take on these individual characters. I need more of Superwoman’s past, if for no other reason than to find out what happened to Diana!

Bryan Hitch is back for the third time in these backup stories and he continues to blend the feel of the main tale. His work here seems to reinforce my theory on him being more comfortable with darker tones; the panels  set at night are incredible, while the ones in daylight don’t hit for me. There’s also something going on with the closeups of Donna and Steve that I can’t quite place, but overall, Hitch continues to crush it.

Understanding the formula this limited series is taking is bringing a level of enjoyment I didn’t know I could have for Crime Syndicate. This third issue continues to move the story forward (so much so, I wonder where it’s going next?) and Schmidt demonstrates he understands these characters inside and out. I’m excited to see what he does with the rest of the Syndicate, and where this story goes.