James Gunn clearly knows how to get to his fans. The filmmaker posted a new picture on Instagram recently. Unfortunately, this new The Suicide Squad teaser image ultimately leaves fans more questions than answers. 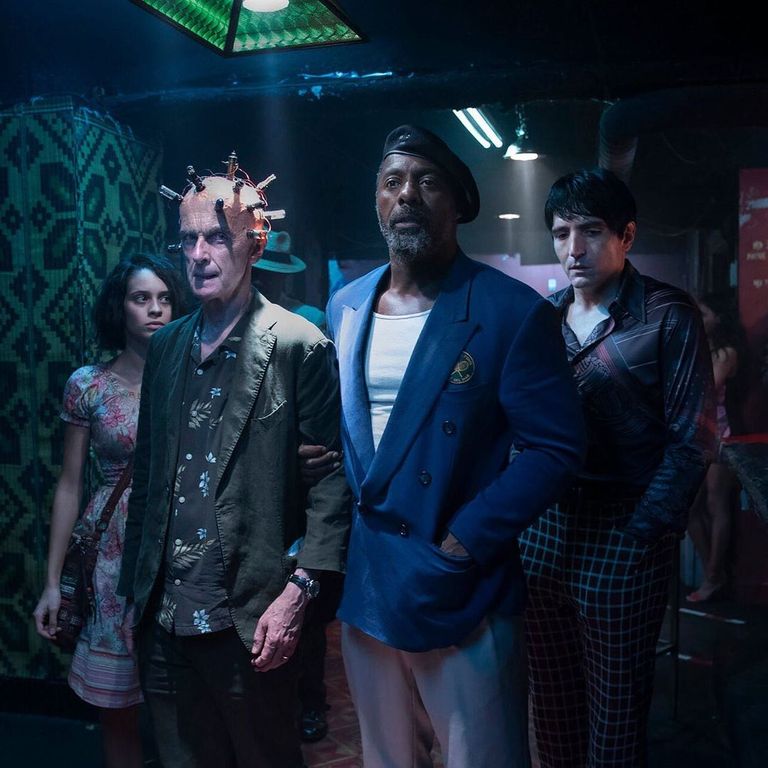 James Gunn captioned the mysterious photo of a portion of The Suicide Squad on a mission as “Squad Undercover in Corto Maltese”. The squad featured is a curious quartet of Bloodsport (Idris Elba), Polka Dot Man (David Dastmalchian), The Thinker (Peter Capaldi), and Ratcatcher 2 (Daniela Melchoir).

I have a lot of questions.

Firstly, Bloodsport’s grip on The Thinker’s arm doesn’t look too friendly, especially judging by The Thinker’s face. The whole group honestly looks tense, and since it’s a movie where any, if not all of them, could/will die, that’s none too surprising.

Secondly, Bloodsport is supposedly going incognito… just by wearing a military beret and some sort of sportscoat with a tennis logo on the breast. Is he really fooling anyone, though? To be honest, the costuming details for each character are hilarious and puzzling. The Thinker is wearing a wedding ring, who is his spouse? Ratcatcher 2 is dressed a little sunnier and more girlishly than one would associate with a rodent-named villain. Finally, I personally love the irony of Polka Dot Man wearing a pattern other than his namesake. The joke seems almost to write itself, although I can’t figure it out. Something about Polka Dot Man in plaid though!

Thirdly, why is this little group together? What skillset was deemed necessary for a mission that involves all of them and not some of the more well-known or at least more celebrated members of the Suicide Squad? (Also, did anyone else see the guy in the hat in the back? Who is that?)

What did you make of the new teaser? These little glimpses into the summer’s most anticipated blockbuster seem like torture. Hopefully though, the fans’ torture won’t be as bad as what the characters will inevitably be put through onscreen. Surely James Gunn is more merciful than that.