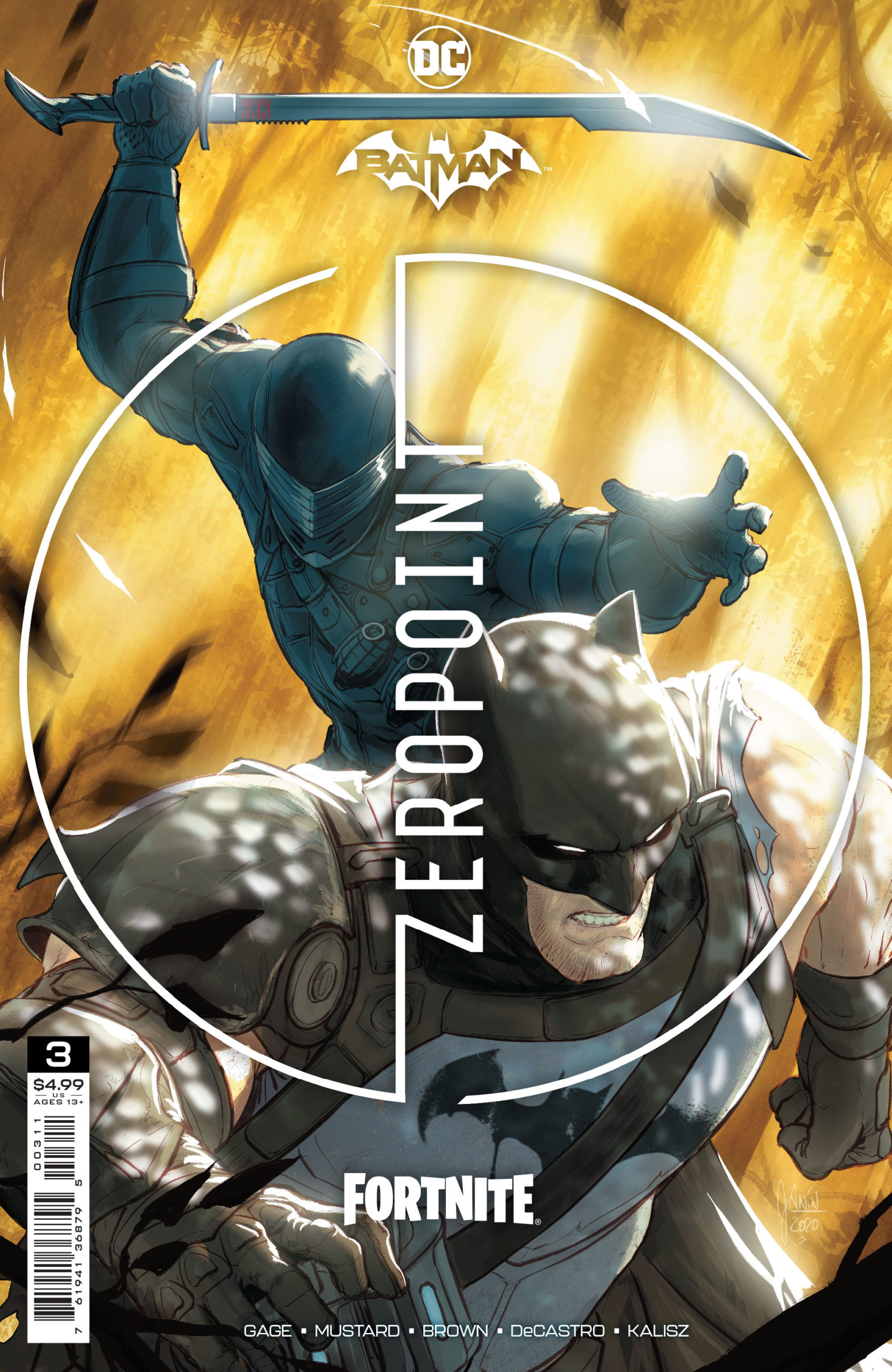 Okay, a comic based on a video game crossover has no right being this good. Batman/Fortnite: Zero Point #3 is the best out of the three issues so far, and we take a dive deeper into the lore of the world that Batman’s found himself in.

Earlier this week, two Dark Knight News crew members got to sit down with the creative team behind this incredible comic. You can find that interview here. Bear in mind that the conversation does contain mild spoilers for the series going forward.

A lot happens in this issue. Continuing the high-paced action page after page that resembles that of the Fortnite video game, we also get a peek behind the curtain too. Is this world run by a company? Did someone create The Loop just to bring everyone here? What kind of people do that?

We got a lot more unanswered questions. Again

My inner child is squealing. On top of the teaser trailer for the upcoming Snake Eyes movie, we also get this issue! Snake Eyes vs Batman. I still can’t get over the awesomeness that fills the pages of this comic!

Firstly, the Snake Eyes introduction is incredible, as it tells you everything you need to know about the character. He gets the jump on a very aware and alert Batman, after that it’s just two of the most incredible martial artists going at each other. Both legends fight to gain the upper hand against the other, only to come to a standstill every single time.

It’s enough to make everyone stop and watch, no matter who you are; watching these two almost perfect humans go at each other is going to attract an audience. Respect is quickly gained by each man, along with the rest of the combatants in The Loop, which quickly leads to Snake Eyes being this issue’s Catwoman… no, he and Batman are just good friends, but I don’t want to give away any spoilers.

Okay, so Christos Gage is quickly becoming one of my favorite writers, and Reilly Brown and Nelson DeCastro are becoming my favorite artists. This whole creative team is phenomenal, and I really hope that DC keeps them on and gives them the love they deserve. I’d love to see them take on one of DC’s big ongoing titles, they certainly deserve it.

I could honestly wax lyrical about this comic run for hours on end. Batman/Fortnite: Zero Point #3 is fast-paced and kept me gripped until the very final page. The artwork does a perfect job of blending Batman’s gritty seriousness and the comical bright side of the Fortnite game.

That ending! I’ll see you all in two weeks for the next installment.

“Meet Me In The Fire” – New ‘Dark Nights: Death Metal’ Track Out Now