If you’re a film buff, you’ll probably notice that movies are marketed very differently around the world. If you’re a collector, you’ve probably seen and wanted the alternate posters used in different markets. Though I haven’t done a lot of poster collecting, I’ve been to several conventions and have seen plenty of posters used in different Asian markets. For the most part, they’re more colorful and dynamic. They also tend to have a filter of some sort over the image, oftentimes making the image look more grainy. Thankfully, The Suicide Squad posters are no exception. A few days ago, James Gunn revealed the Japanese The Suicide Squad poster, and it doesn’t disappoint.

As always, Gunn is a better marketer than the highly-paid publicity teams that most studios employ. People just like what Gunn has to say, so they follow him, knowing that eventually, he’ll unveil something absolutely delightful.

Symmetrical Explosions on the Japanese Poster

I think I described it pretty accurately. Bright, loud, colorful, and very fun. And for my personal preference, it’s very symmetrical. I’m very excited that Polka-Dot Man is featured so prominently on the poster. However, I am confused by the decision to minimize King Shark. Though I don’t claim to understand the Japanese market, I would imagine throwing a giant humanoid shark on a poster would catch my attention. So why not make him the biggest part of the poster? Perhaps, Japan just loves Idris Elba? We all do, right?

For comparison, here it is, side by side with the official US poster: 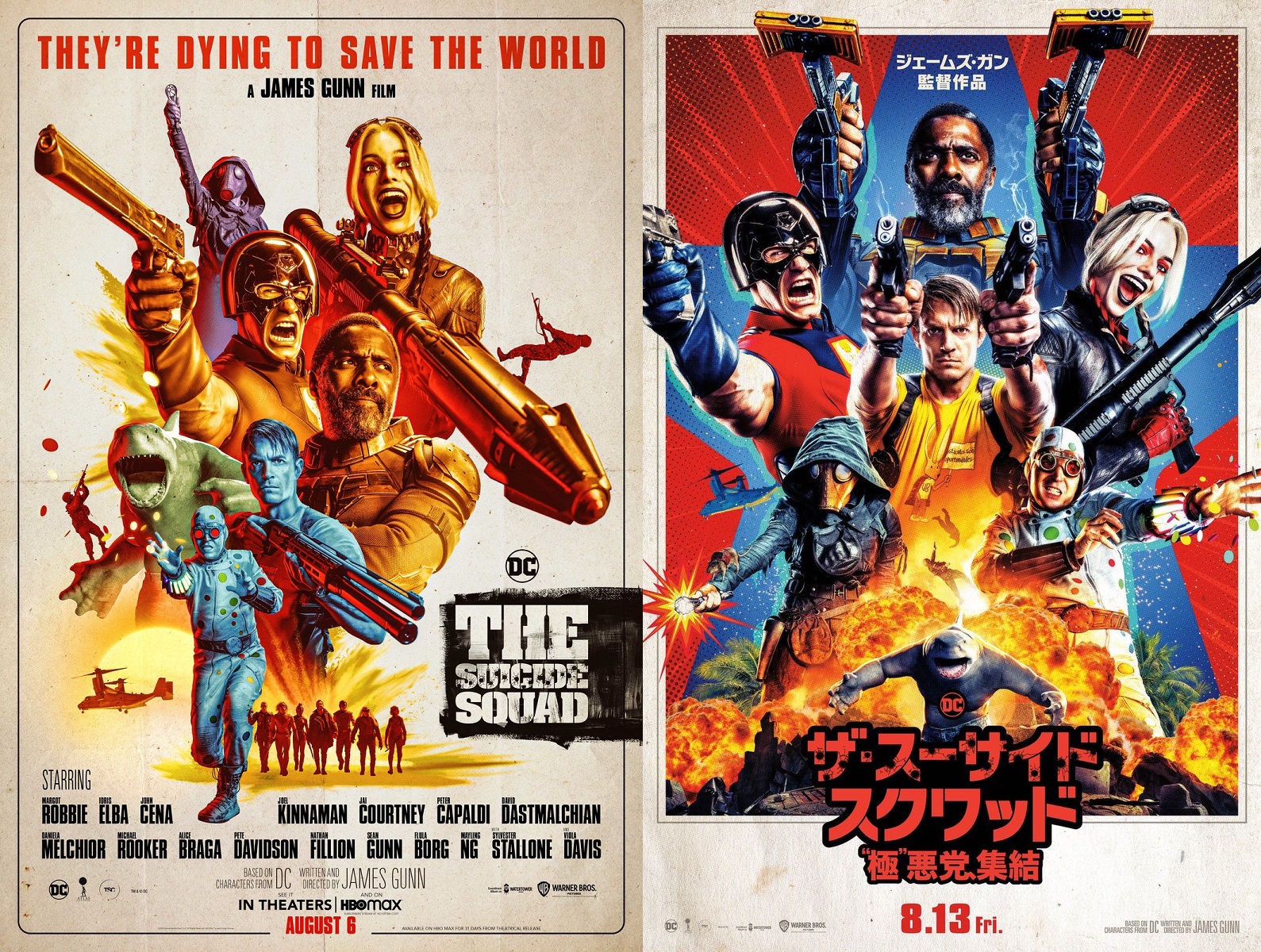 So we’re retaining the grainy style, but making it reminiscent of old grindhouse flicks, complete with a folded, yellowed look. You can see the difference, right?

How do you feel about the Japanese The Suicide Squad poster? Let me know.

The Suicide Squad hits theatres and HBO Max in the US on August 6. It will hit theaters in Japan on August 13.