Review: The Next Batman #3 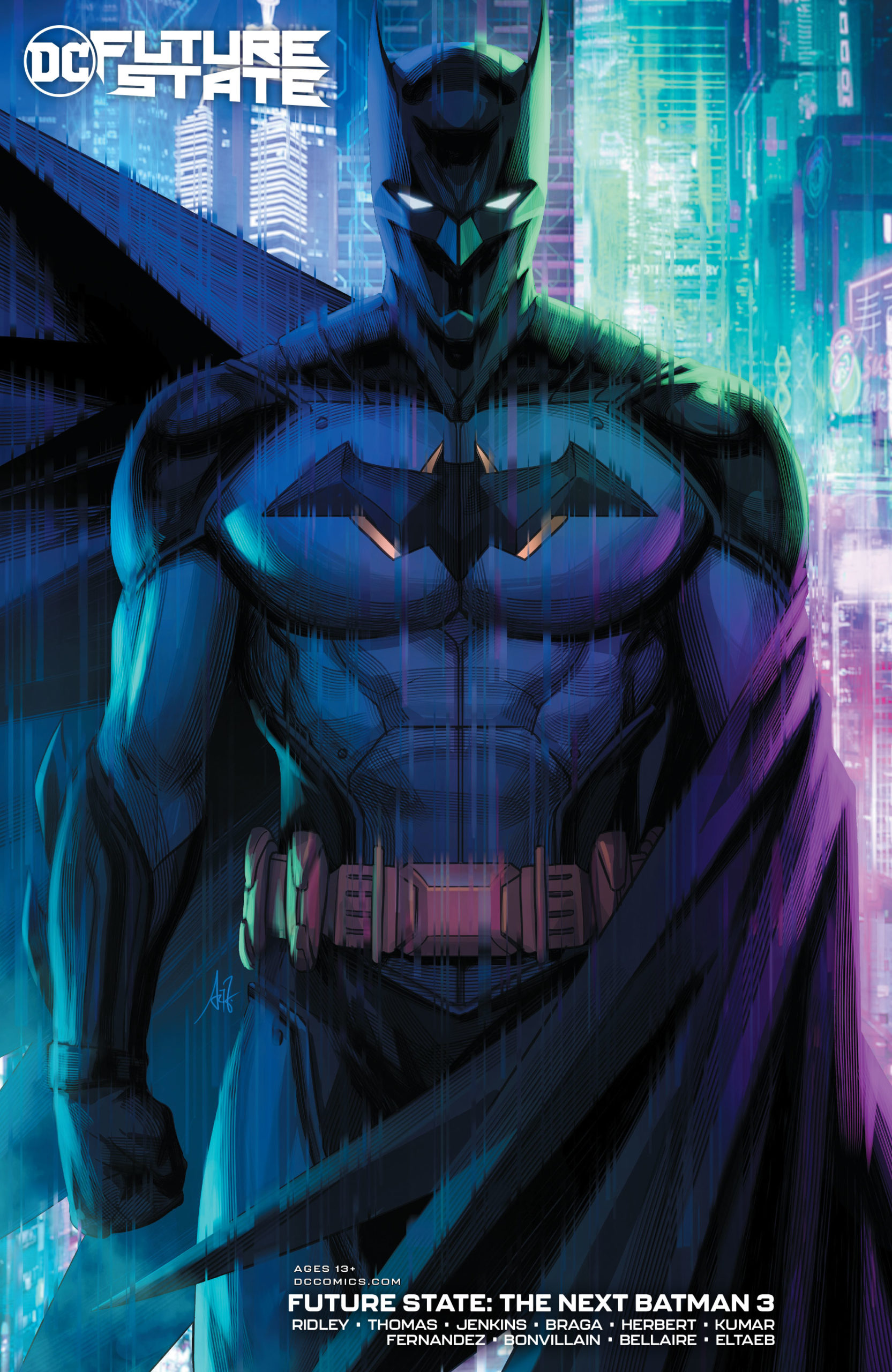 Future State: The Next Batman #3 offers more intriguing glimpses into the dystopian future of Gotham, even if the pacing for the stories is a little inconsistent.

Like previous issues, this one’s divided up into three separate stories. I’ve reviewed them individually.

‘The Next Batman’ Chapter 3

In The Next Batman #3 main story arc slows down a bit, and not much occurs in this instalment that readers haven’t already seen in previous issues. Gotham’s a totalitarian state, the Magistrate are wildly powerful, and vigilantes have fallen out of favor with the public.  When the story repeats the same narrative beats or information, it can get dull and repetitive. The result is the story feels like it is dragging its heels a little.

However, when the story reveals new insights in the new culture, it picks up again. Seeing old and new characters reacting to the zero tolerance vigilante mentality is always interesting.

Other concerns include the fact that the writer, John Ridley, spent so much time setting up various aspects of the new Gotham in the first issue, so one wonders if there is any pay off by the next issue. It seems like a shame if these plot points don’t get addressed by the next issue.

Still, seeing the new Batman in action is fun, and the inner dialogue in The Next Batman #3 is enough to tide me over, for at least the final chapter. 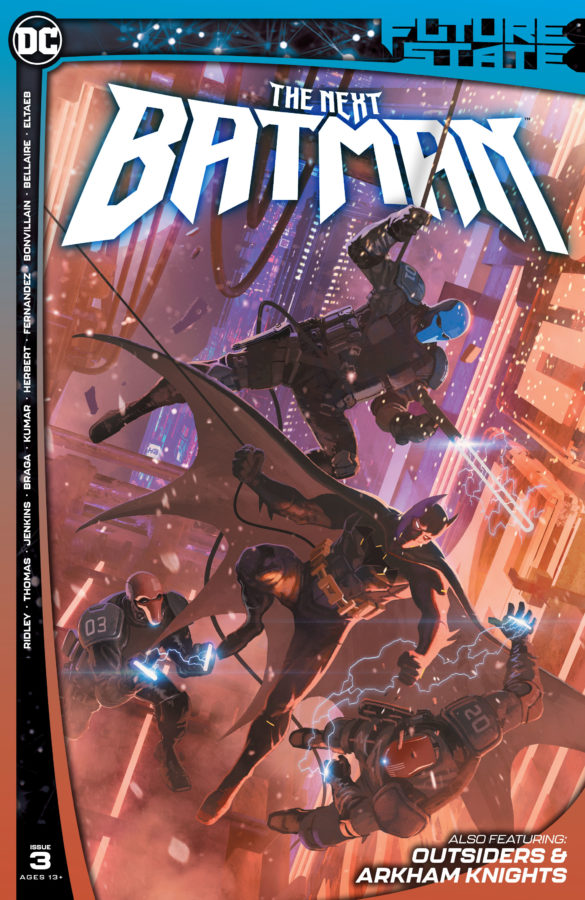 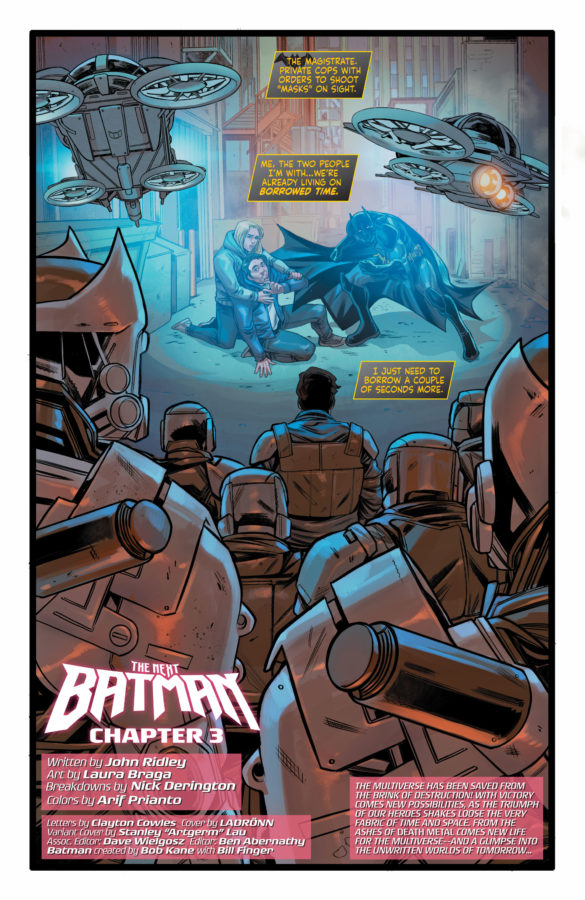 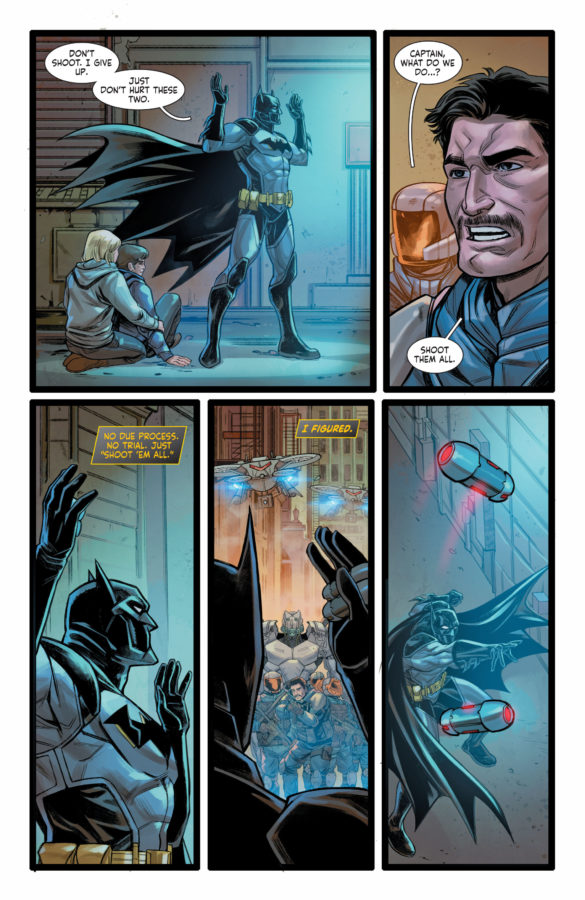 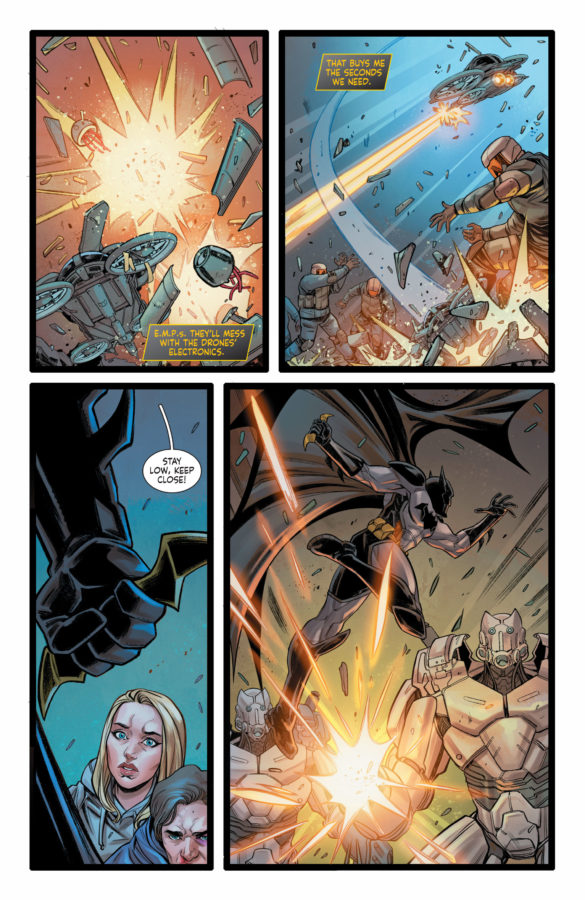 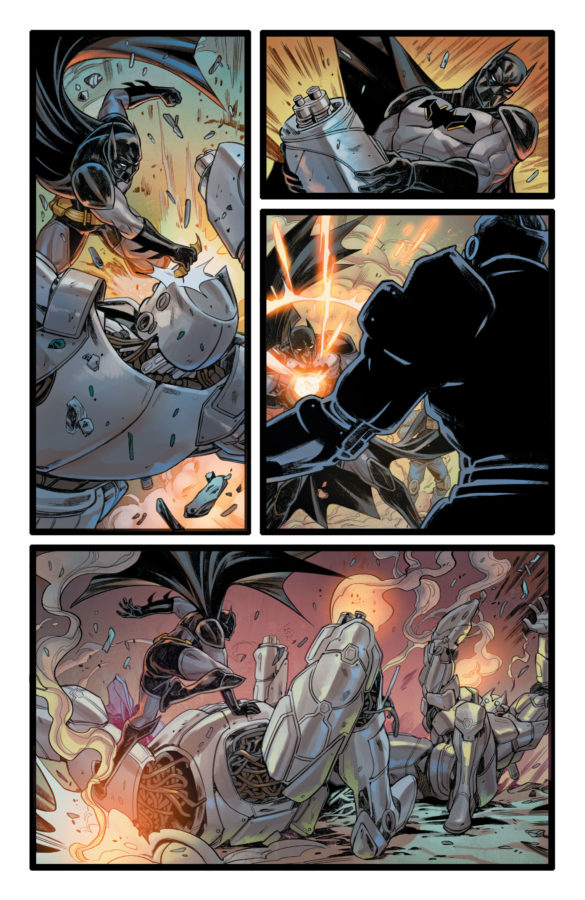 Speaking of odd pacing, “The Outsiders” also has multiple pacing problems. Each character has their own arc, and they’re all paced at odd increments. Sometimes events go by really fast, then sometimes valuable pages are wasted, with scenes that go nowhere. This causes a disjointed reading experience.

We have stretches where Duke Thomas is doing one thing, but then the action jumps to another thing with minimal provocation. Similarly, Katana’s personal plot has her doing nothing, and then, all of a sudden, she appears in a scene. Not to mention the ending is extremely truncated. It reads less like a cohesive narrative, and more like a series of disconnected events.

There are plenty of highlights in this weird mashup of a story, though. The surprise secret character is a delight. Duke’s new role as the resistance figurehead is a great character development, and Sumit Kumar‘s cartoony art is really nice too. It’s extremely dynamic and the action flows well. It’s just a shame the writing isn’t on par.

The final part of the Arkham Knights story’s nice, if a little inconsequential. Of all the multiple storylines running through The Next Batman, this one could have been condensed to just one issue. While it’s cool to see what the villains are up to, the ending begs the question, “what’s the point?”

We see a lot of the rogues gallery in action, but we barely get an idea how they’re coping with the new Gotham status quo. The only exception is the Arkham Knight herself. There’s nothing is bad about this, but given the premise it feels like a wasted opportunity to explore more of the characters.

The art by Jack Herbert’s nice, but there are a few character poses that are stiff and lifeless looking.