The amazing McFarlane Toys has released an official image to announce their awesome new Batman Beyond action figure.

Initially, McFarlane Toys founder Todd McFarlane leaked a Facebook video of him showing off the action figure and bragging about the features. Check out the video announcement where McFarlane himself introduces Batman Beyond below. 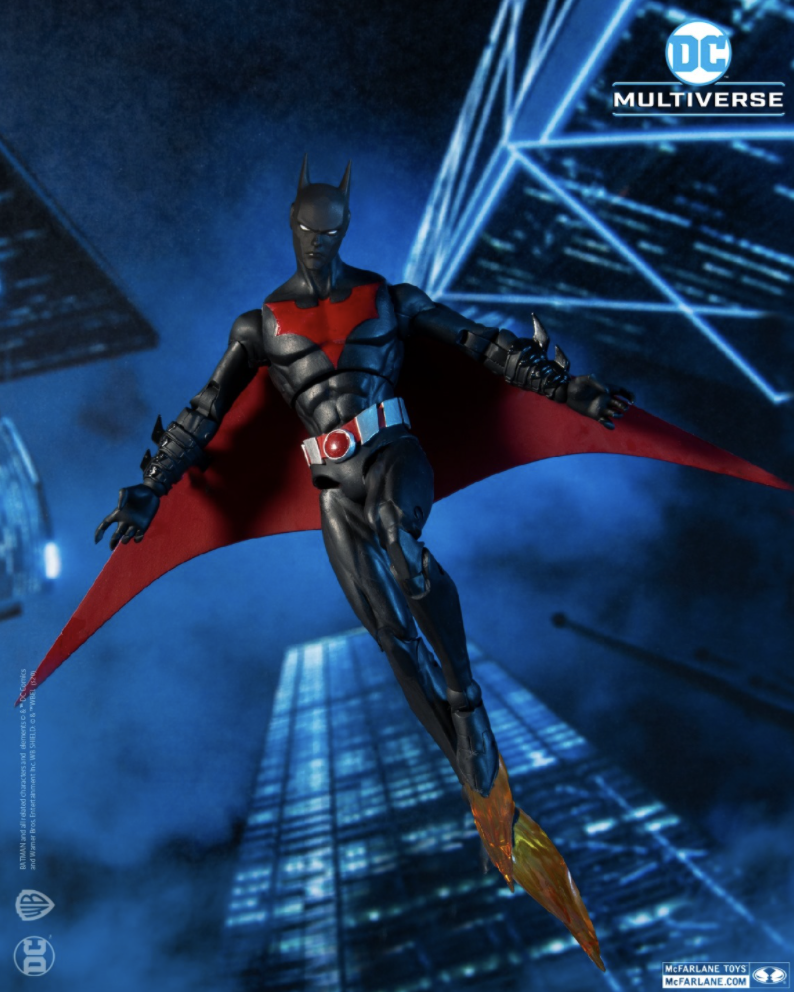 He also posted an image of the toy on Twitter.

Look at THIS! McFarlane Toys is adding a 7″ Batman from Batman Beyond the Animated Series to its DC Multiverse lineup in Spring 2021! See the video HERE: https://t.co/YwHeCjk9Cs#dcmulitiverse #toys #actionfigures #mcfarlanetoys pic.twitter.com/VBsJPFrWVZ

According to McFarlane, the figure will be 7 inches tall, and will feature in the new line-up, due Spring 2021.

The official image also seems to offer extra little features, like translucent fire coming out of his feet and the retractable wings.

What an amazing figure! How cool would that be with a clear plastic flight stand?