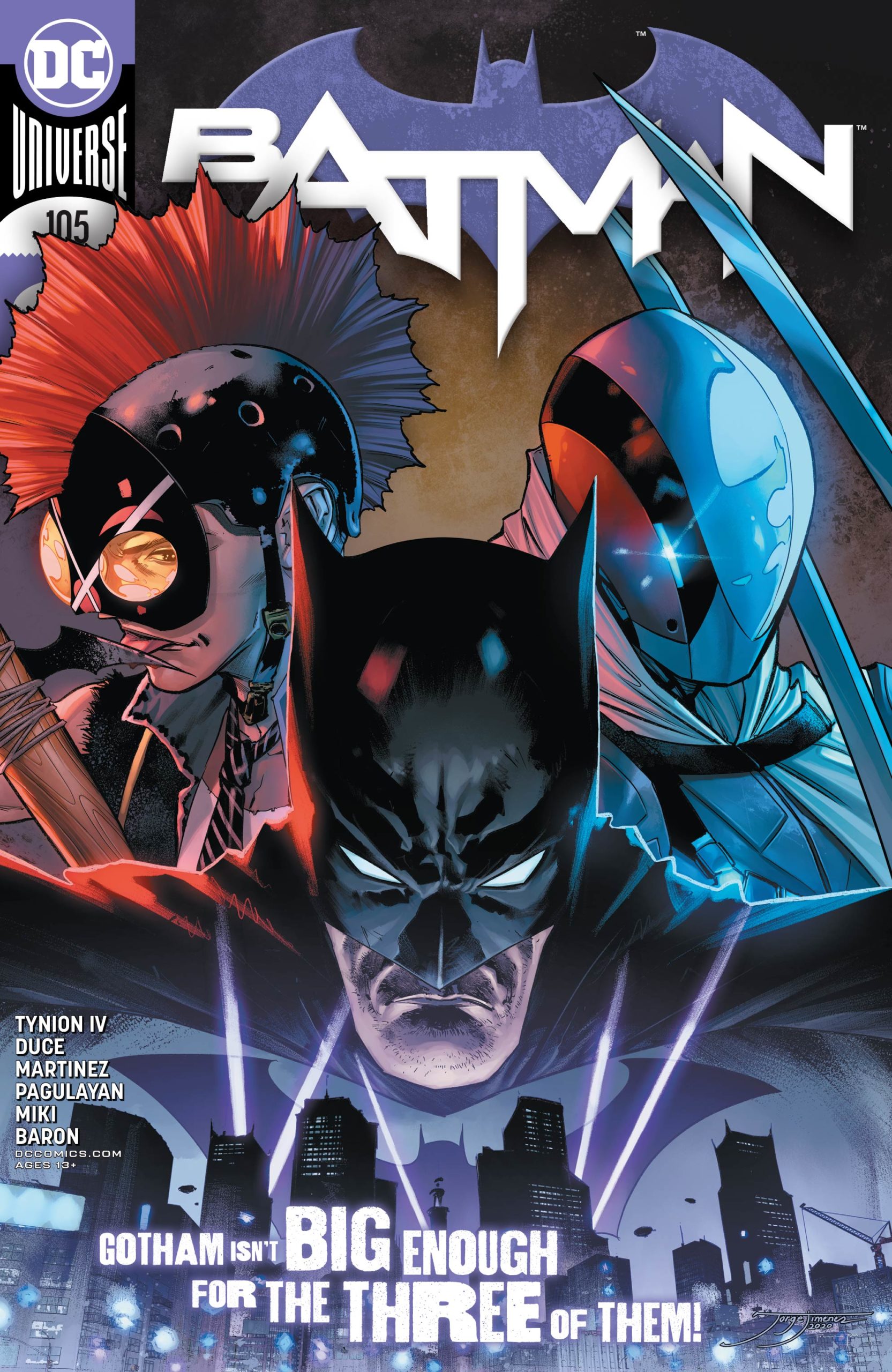 Batman #105 ends “Ghost Stories” on a high note, albeit a highly truncated one.

Ghost-Maker continues to shape up to be an interesting fun, character. He has a great dynamic with Batman, as he’s his equal in skills, but their differing philosophies on crime fighting naturally breed conflict between the two. This is a storytelling concept that writer James Tynion utilizes to great effect.

This conflict inevitably leads to the question: “Why doesn’t Batman just kill criminals?” It’s a surprisingly tough question to ask to a more sophisticated, realism-driven comic book audience. Many explanations tend to yield an eye-rolling reactions from fans, but Tynion addresses the issue by smartly using the characters’ histories.

Even though the Ghost-Maker’s still a character in progress, he’s definitely fun enough to keep people intrigued. There’s a lot of back story we still don’t know, but that’s okay. He can continue to evolve with future appearances.

I’ve mentioned multiple times that the flashback scenes between Ghost-Maker and pre-Batman Bruce Wayne have been the highlights of previous issues, and that’s the case here too.

However, the issue’s lacking in one important area: there don’t seem to be enough scenes to establish the friendly part of Bruce and Ghost-Makers’ relationship. Without that crucial piece, Ghost-Maker’s actions in the conclusion seem straight-up puzzling. In fact, the whole last 7 pages are a real tonal whiplash, because of how abrupt they are.  It also makes odd character turns that feel contrary to what we’ve seen in previous issues. 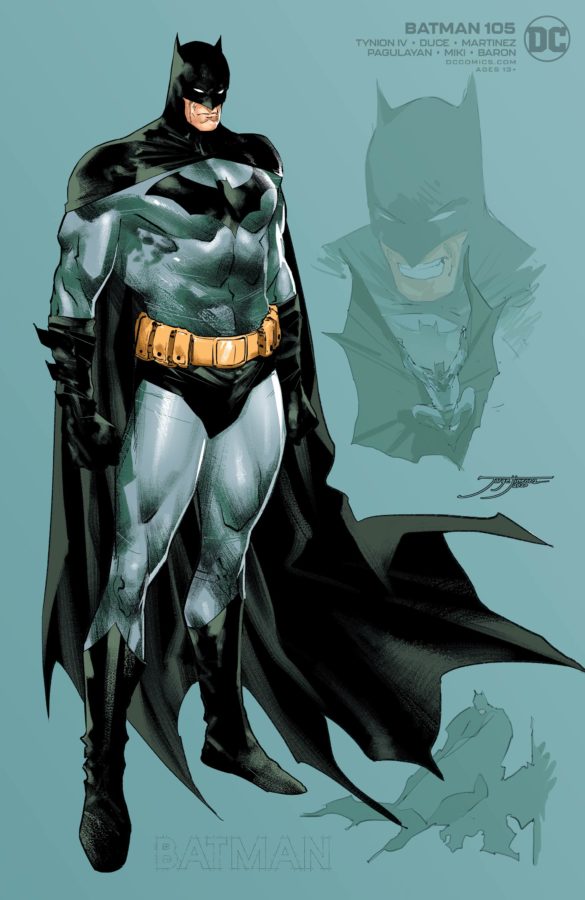 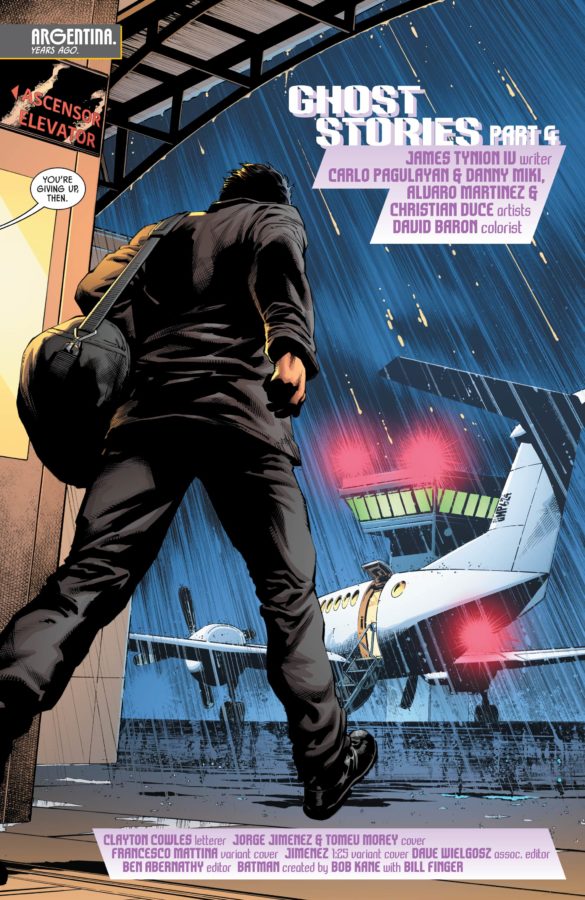 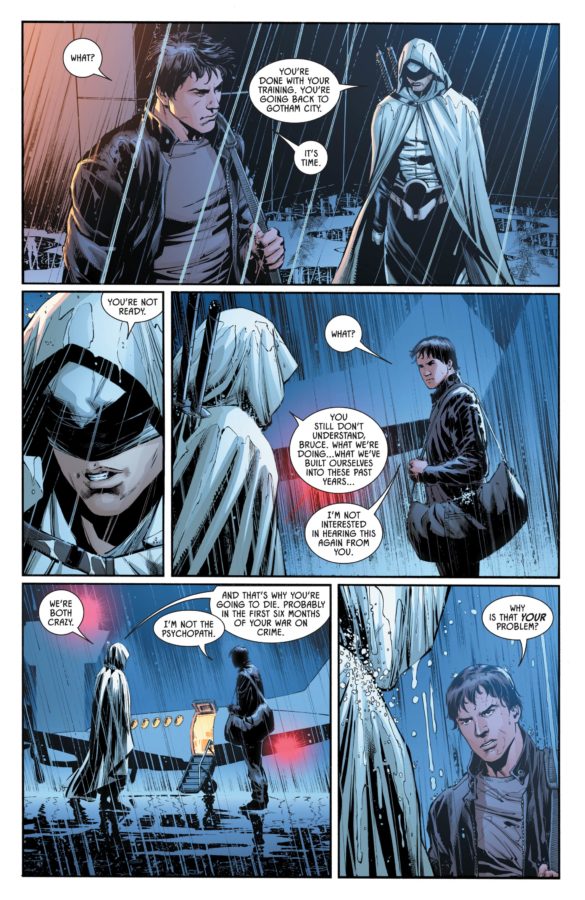 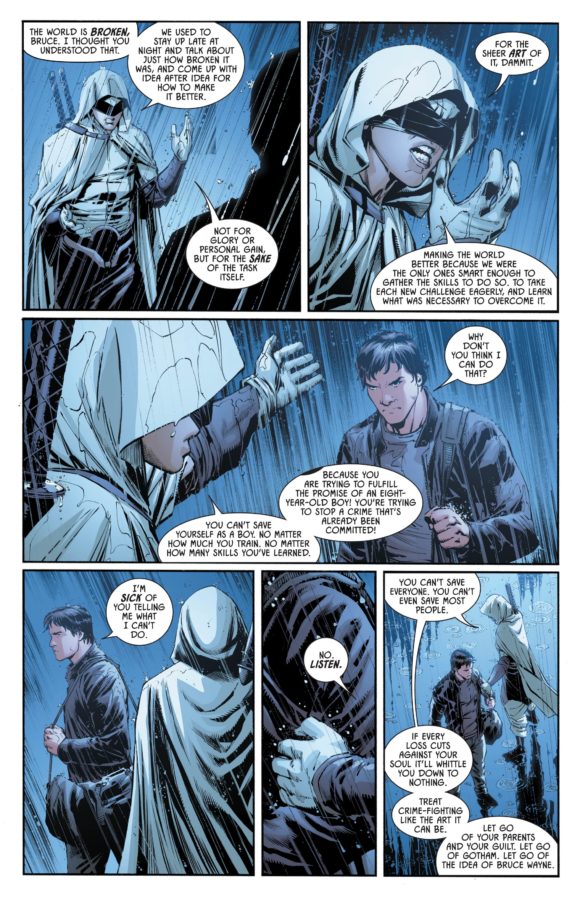 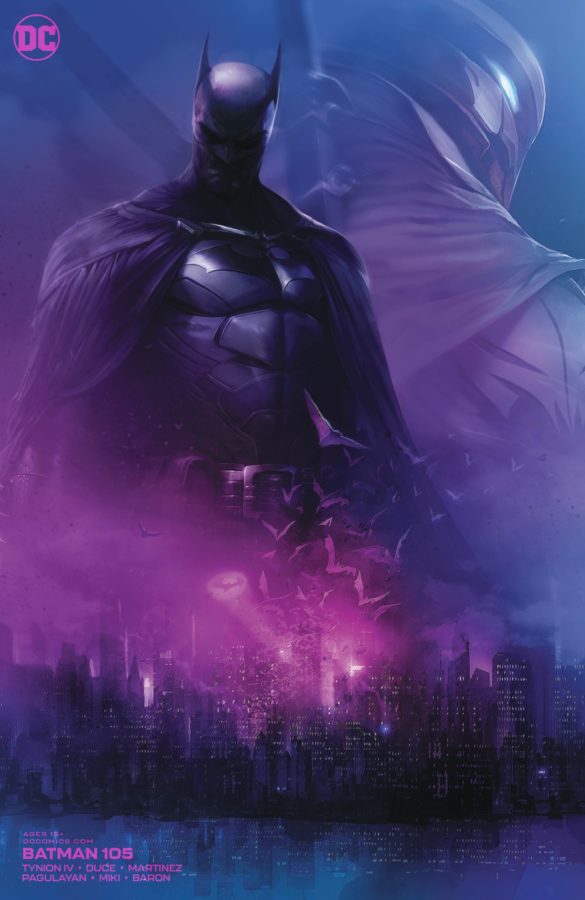 Speaking of odd characters, I still strongly dislike Clownhunter. He’s not moved on from being a fairly one-dimensional character, despite the pathos Tynion injects into him. It’s probably because we’ve only seen him in murder mode, which garners little sympathy. He’s so boring. There is an editorial box that says readers will see more of Clownhunter’s backstory in an upcoming annual, but I’m fairly uninterested.

As for the art, this issue has two separate art teams: Carlo Pagulayan and Danny Miki, Alvaro Martinez and Christian Duce. To be truthful, both art teams’ styles are so similar, that I cannot discern where one ends and the other begins. While not offensive, the art lacks the energy that comes from other current Batman artists like Jorge Jimenez.

In the end, Batman #105 is a worthy conclusion of the Ghost-Maker’s debut arc. It makes me interested enough in him to want to see him again. Even if the issue’s ending’s strangely sudden, and a little empty, the strength of the climax makes up for it.