Though I thoroughly enjoyed reading the Court of Owls, I never imagined that the Talon would be a popular character. Well, apparently he is, now that Prime1 Studio just announced their Museum Masterline Talon statue.

When the New 52 rebooted DC Comics continuity, most DC fans were very unhappy to know that their canon stories were essentially scrapped. DC would eventually team up Scott Snyder and Greg Capullo and together, and the team created some of the best and most memorable Batman arcs in recent memory. The first story post-reboot was the Court of Owls; featuring a secret society comprised of Gotham’s most rich and powerful, who covertly controlled all of Gotham. Their enforcers were the Talons, lethal assassins who were able to go toe-to-toe with the Dark Knight. Since then, the Court of Owls has been featured in animated movies, TV, and now video games.

Prime1 Studio have announced the newest addition to their breathtaking line of Museum Masterline statues. The deadly, unkillable assassin, Talon, will now be immortalized in stunning detail. Honestly, I can’t really describe just how insanely beautiful this statue looks, so  I’ll just show you instead: 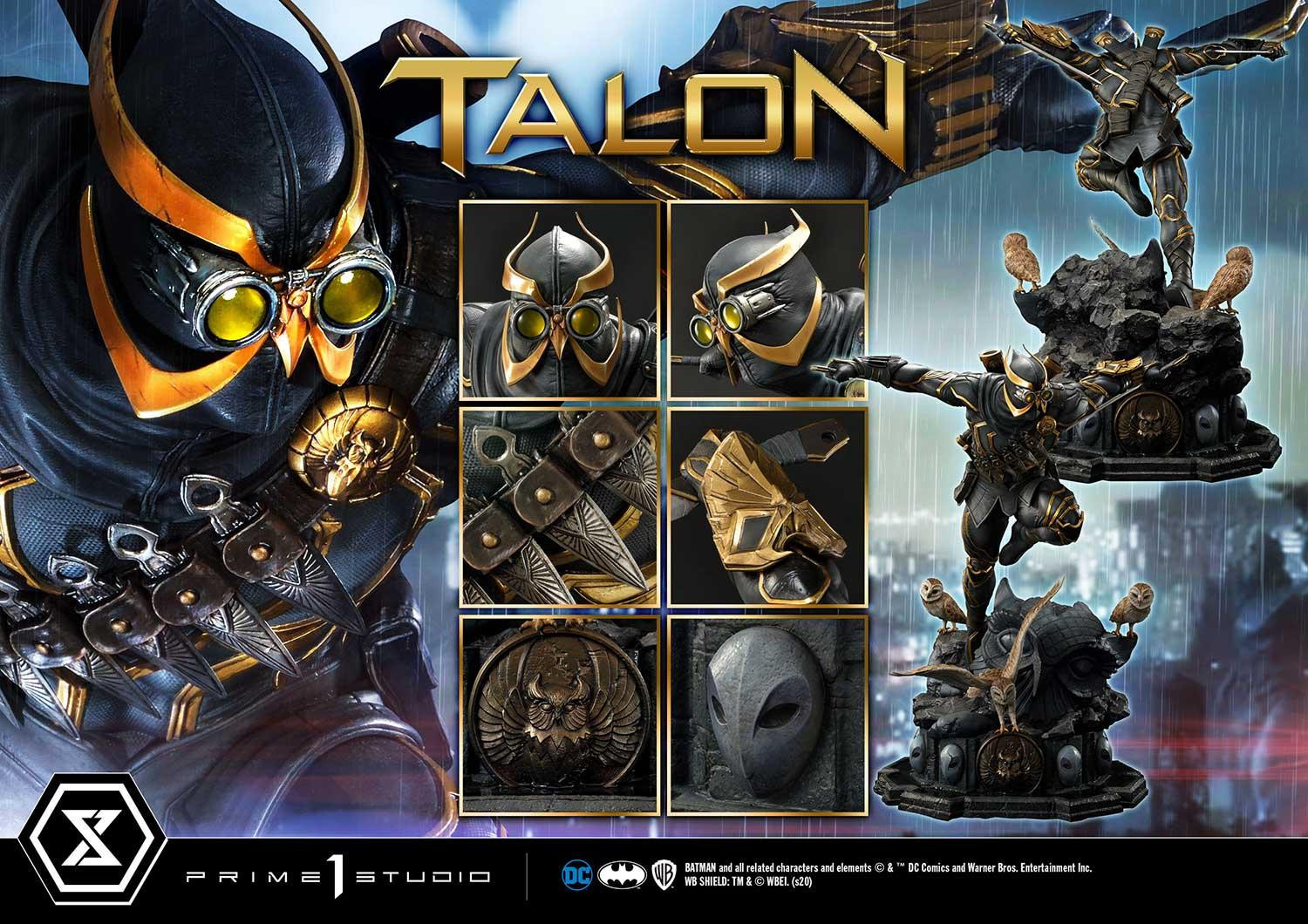 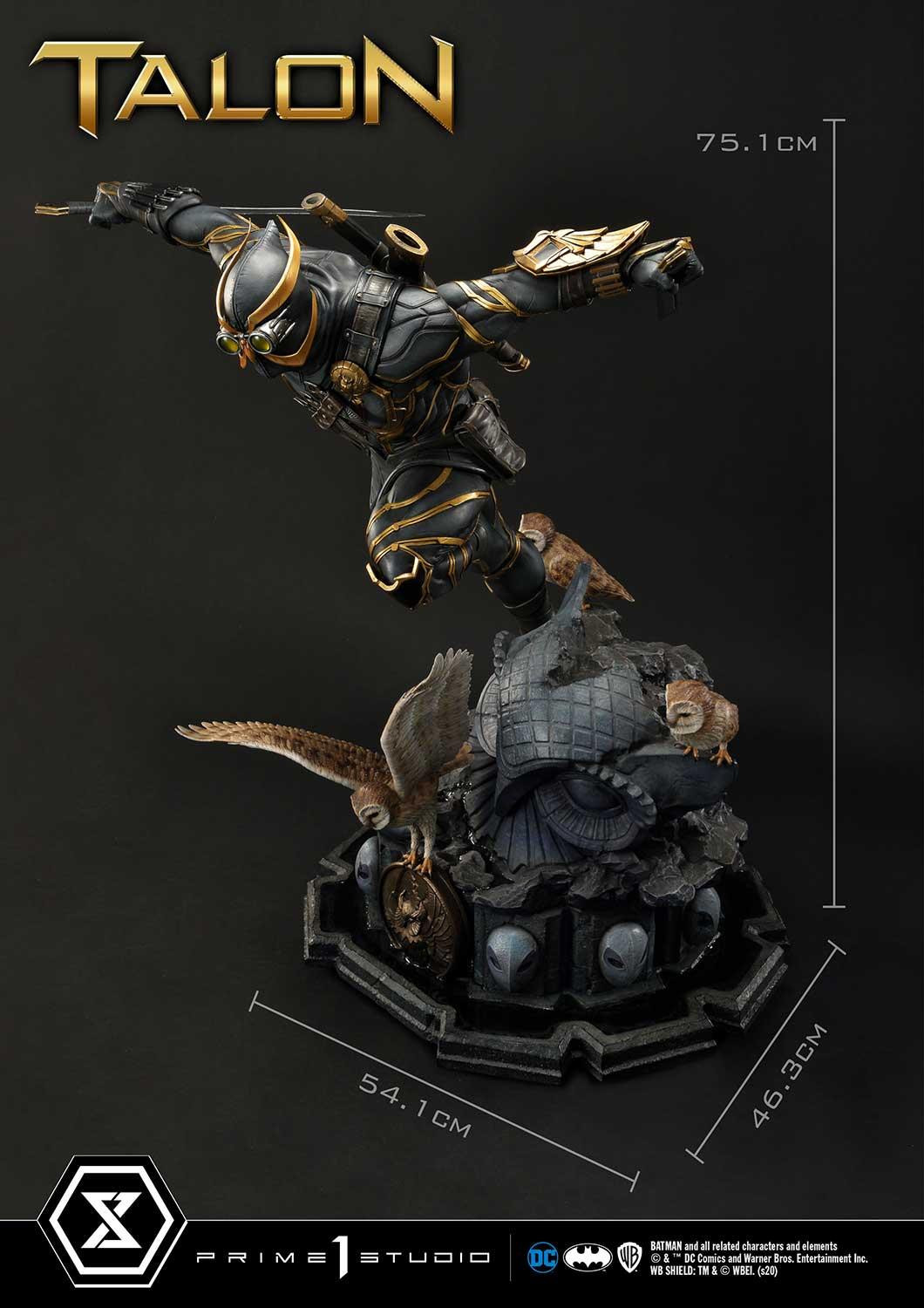 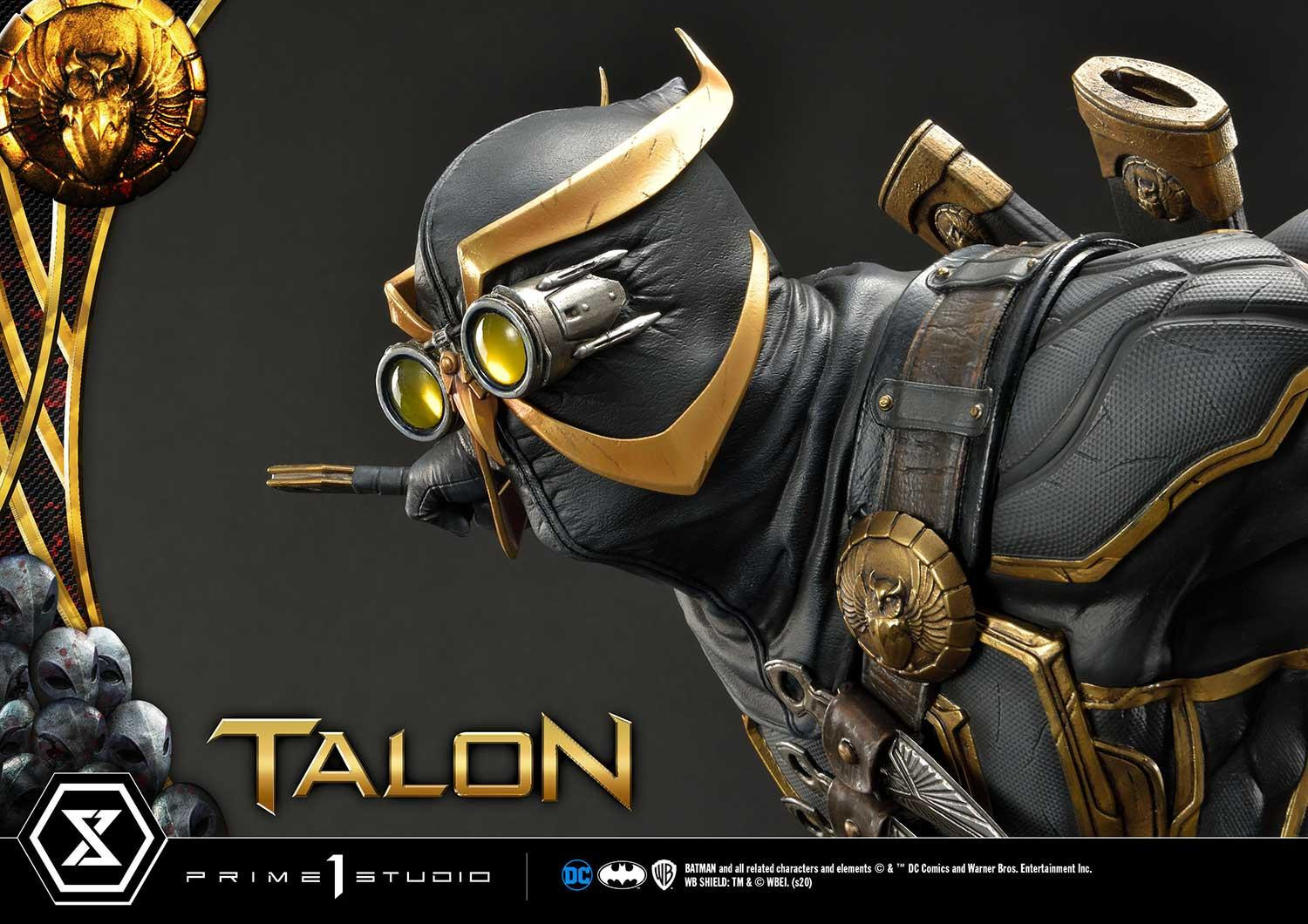 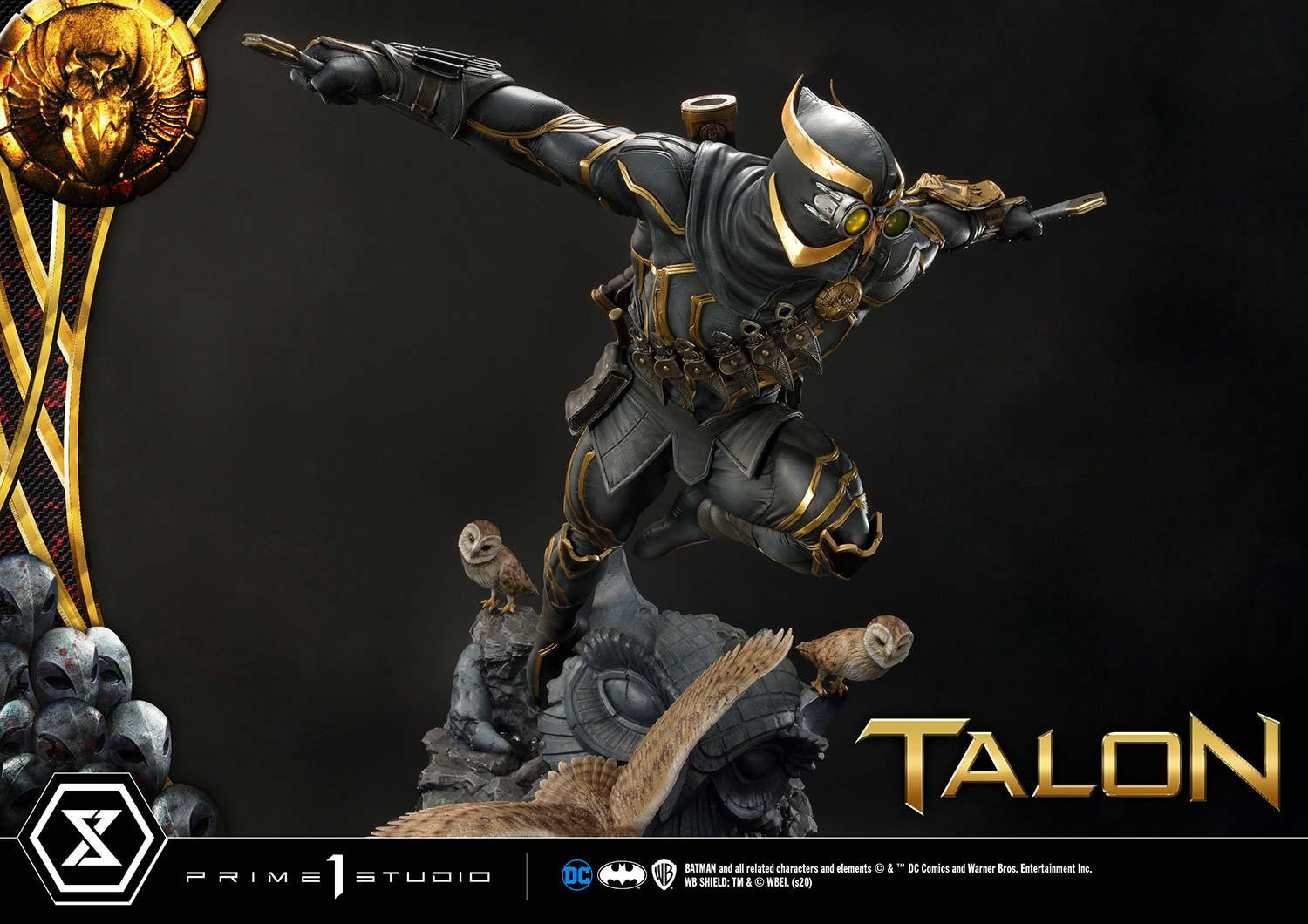 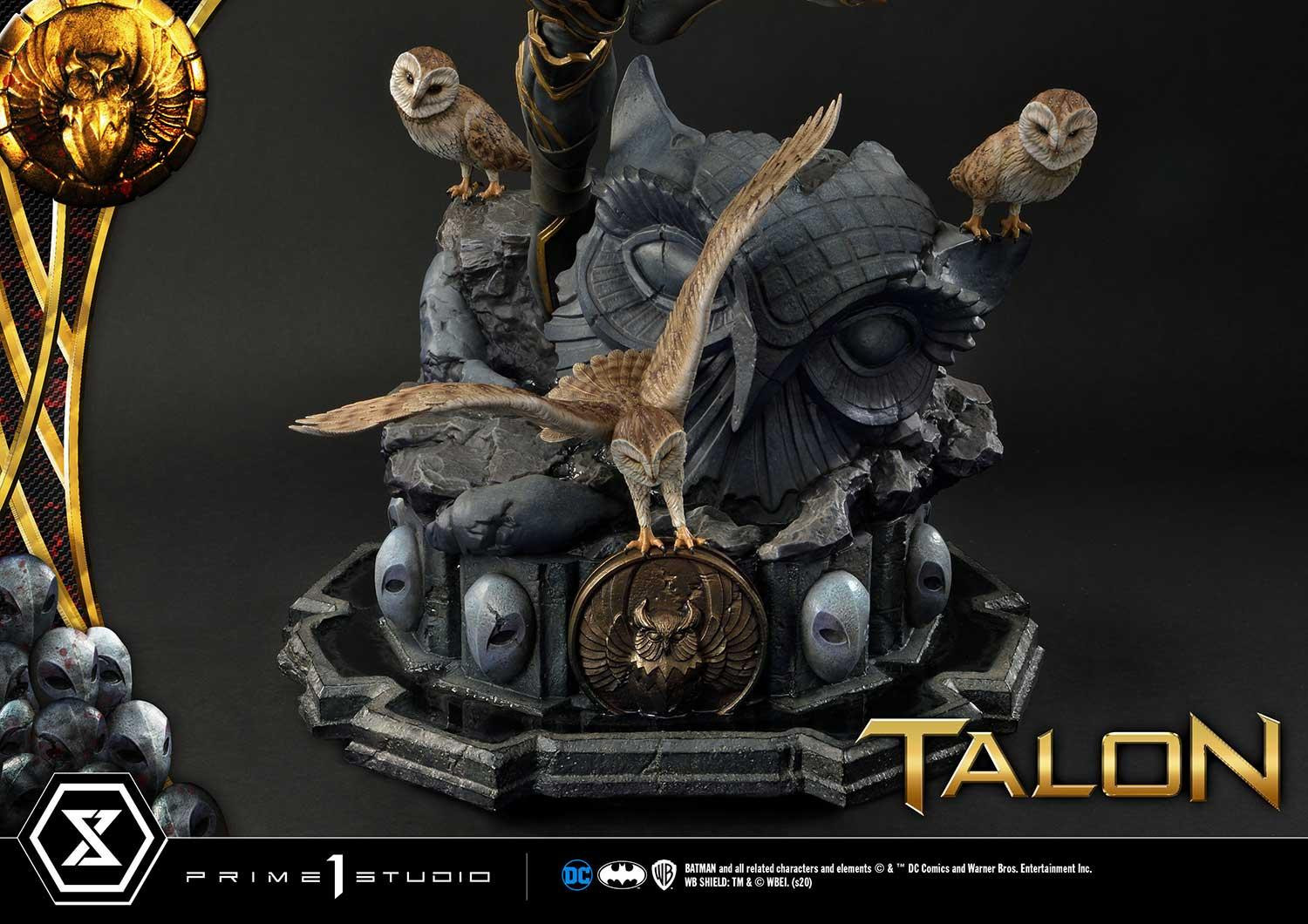 It could very well be the best looking statue I’ve ever seen… in photos. They took Greg Capullo’s illustrations and brought them to life. The amazing part is that they actually look better than they did on the comics page. The detail’s unbelievable. The painting is so vibrant and realistic, and the sculpt is actual perfection. Every ornate detail of his costume and weapon is in place.

I don’t think there’s anything more I can say to praise how incredible this statue looks.

This level of detail, of course, comes at a price. The basic version of the statue clocks in at a whopping $1,099.00 USD while the deluxe version, which comes with extra parts and accessories, clocks in at $1,199.00 USD. It’s expected to begin shipping during the first quarter of 2022. You know, since 2020 doesn’t really count anymore. Plus, we’re going to need the time to save up for it. Imagine this statue in your collection, though. It’d be pretty amazing.

“The Court of Owls has sentenced you to die. How I love killing Waynes!”

Prime 1 Studio is proud to present the latest addition to the timeless Museum Masterline Series. The highly skilled assassin MMDC-46: Talon from the Court of Owls.

The great grandfather of Dick Grayson, William Cobb, AKA Talon is one of most revered assassins in the Court of Owls. His powers are rare and allow him to be one of the most formidable foes in Gotham. Talon has extreme accelerated healing abilities and does not physically age. He is a master of martial arts and swordsmanship, making him virtually unbeatable.

Charging forward is the assassin Talon. Swords drawn and ready to take out his next victim in the blink of an eye! Talon has been sculpted and painted in accordance with his classic comic book appearance. The beautiful contrast of the gold, complete with weapons on his suit, make for an eye-catching piece that will set your collection apart from the rest!

Talon stands in a breathtaking dynamic pose 30 inches tall upon an ominous Court of Owls base, complete with the mysterious Court of Owls emblem, making it the perfect complement to his image. Bring the assassin to your collection today! A must-have for DC Comics fans everywhere!

You can pre-order the base version Museum Masterline Talon statue here and the deluxe version here.