Batman: Soul of the Dragon Trailer 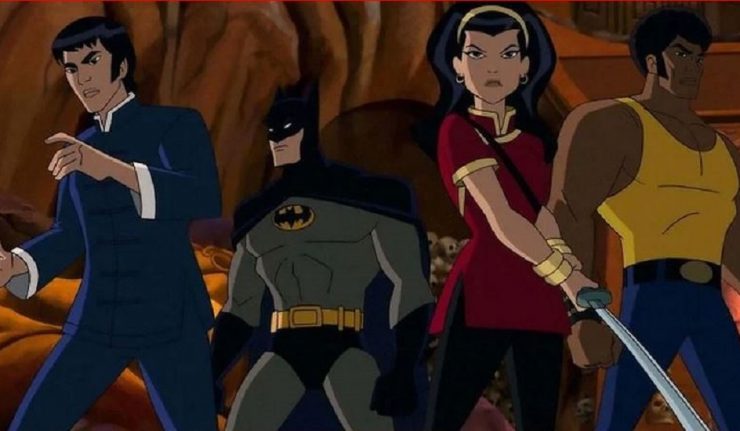 Warner Bros. Animation will kick off 2021 with an all-new DC animated movie, in the superhero martial arts flick Batman: Soul of the Dragon. Batman: The Animated Series‘ Bruce Timm is returning to DC for an animated film from Warner Bros. Animation, DC and Warner Bros. Home Entertainment, that takes the Dark Knight of Gotham City on a trip to the 1970s.

The first trailer for the upcoming film sees Bruce Wayne reunite with Richard Dragon in a groovy vision of Gotham City, before Dragon discovers that Bruce defends the city as Batman. As Kobra makes a play for Gotham, Batman unites with the martial artists he studied with years ago to drive them out.

Something New In the Batman Canon

According to THR, Soul of the Dragon is not based on any previous source material. Instead, it’s an original story that:

Soul of the Dragon is executive produced by Timm and directed and produced by DC animation veteran Sam Liu from a script by Mortal Kombat Legends: Scorpion’s Revenge writer Jeremy Adams.

While the green-band trailer stops just short of depicting Batman’s allies employing lethal force to dispatch their opponents, the new film will be rated-R, like previous animated films Batman: Death in the Family and Justice League Dark: Apokolips War.

Thoughts about this trailer? It oozes Quentin Tarantino… right? We’d love to hear what you think!