DC’s publisher/chief creative officer Jim Lee has stated that if you’re looking forward to DC’s 5G initiative, it’s “not going to happen” and that some of the reports online have been “wrong” speculation about a reboot.

As revealed in a prerecorded ‘Jim Lee answers fan questions about comic books‘ video, which debuted during September 12’s DC FanDome: Welcome to the Multiverse, Lee shot down the widespread 5G rumors, and instead painted a more “organic” and individualized approach to bolstering the DC comics line in 2021.

There won’t be a project called ‘5G’, or a big reboot, or whatever. We really want to focus on individual titles, and organically build up individual characters over the course of the next year. 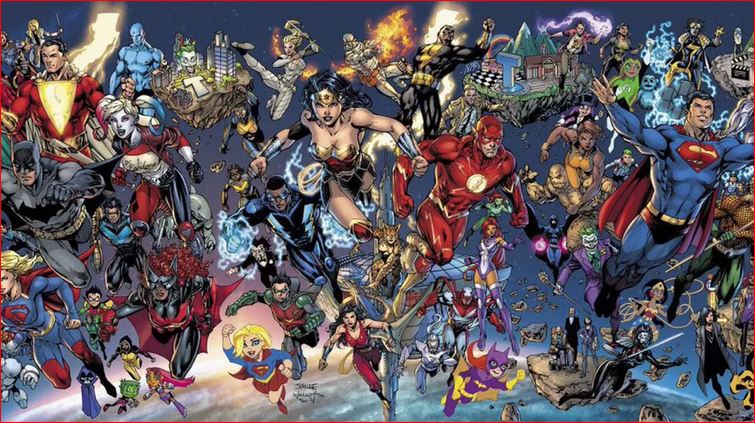 We had a lot of great ideas that we were floating around, and rather than dumping it all in one month and renumbering the line and going for that really short term spike in sales, we just naturally gravitated to the story ideas and concepts we love and building them into the mythology, the ongoing mythology, in a very organic way.

If you’re waiting for ‘5G,’ you’re going to have to wait for a long time, because it’s not going to happen. But, if you’re waiting for big developments in the DC Universe… Pretty big ones in 2021 across the board, but again it’s spread out and approached organically when it makes sense within a particular title, so not everything has to tie into a big epic event all at once.

Jim Lee knows comics! Pair that with his visionary approach to DC, and the cast of characters we have all come to love, it will be interesting to see how much more they can be developed.

DC has gone through so many reboots, a reader may get lost (ie. was Clark a bookish nerd when he was in Smallville, or a football star?)

Looking forward to Lee’s vision?  Let us know your thoughts!

Danny Elfman Reveals the Hilarious Story Behind His...