In 2019, DC released the graphic novel Dear Justice League. A middle grade graphic novel where the world’s greatest superheroes answered fan mail from young fans. DC has announced the follow-up, Dear Super-Villains, where the Legion of Doom will now be answering the questions sent in by the curious kids.

For anyone looking to catch up on Dear Justice League, before the sequel comes out, it will be made available for free via the DC Kids comics reader during the DC Kids FanDome event on September 12.

Peek inside the lives of DC’s infamous rogues in DEAR SUPER-VILLAINS, the sequel to DEAR JUSTICE LEAGUE, where curious kids write to notorious scoundrels, asking them about life on the dark side.

How did Gorilla Grodd get so smart? Did Harley Quinn ever try a career in comedy? Why does Catwoman always lose to Batman?

Each chapter highlights members of the Legion of Doom in a sympathetic way that is relatable to kids. But look closely and you may notice the baddies are up to something big! Will the Justice League show up in time to stop them? You’ll have to write in to the Tip-line of Evil to find out!

About the Author & Artist

Michael Northrop is the New York Times bestselling author of Scholastic’s new multi-platform series TombQuest. His first young adult novel, Gentlemen, earned him a Publishers Weekly Flying Start citation, and his second, Trapped, was an Indie Next List selection. His first middle grade novel, Plunked, was named one of the best children’s books of the year by the New York Public Library and was selected for NPR’s Backseat Book Club. He is originally from Salisbury, Connecticut, a small town in the foothills of the Berkshire mountains, where he mastered the arts of BB gun shooting, tree climbing, and field goal kicking with only moderate injuries. After graduating from NYU, he worked at Sports Illustrated Kids magazine for 12 years, the last five of those as baseball editor.

Gustavo Duarte is a Brazilian cartoonist, graphic designer, and comics creator and currently resides in São Paulo. For the last 20 years, Duarte’s cartoons and illustrations have been published in some of the most popular publications in Brazil. In 2009 Duarte began publishing his own comics like Monsters!, Có!, Birds, and others. In addition to his own works, Duarte has also written and illustrated comics for major publishers including DC (BIZARRO) and Marvel (Guardians of the Galaxy and Lockjaw), among others. 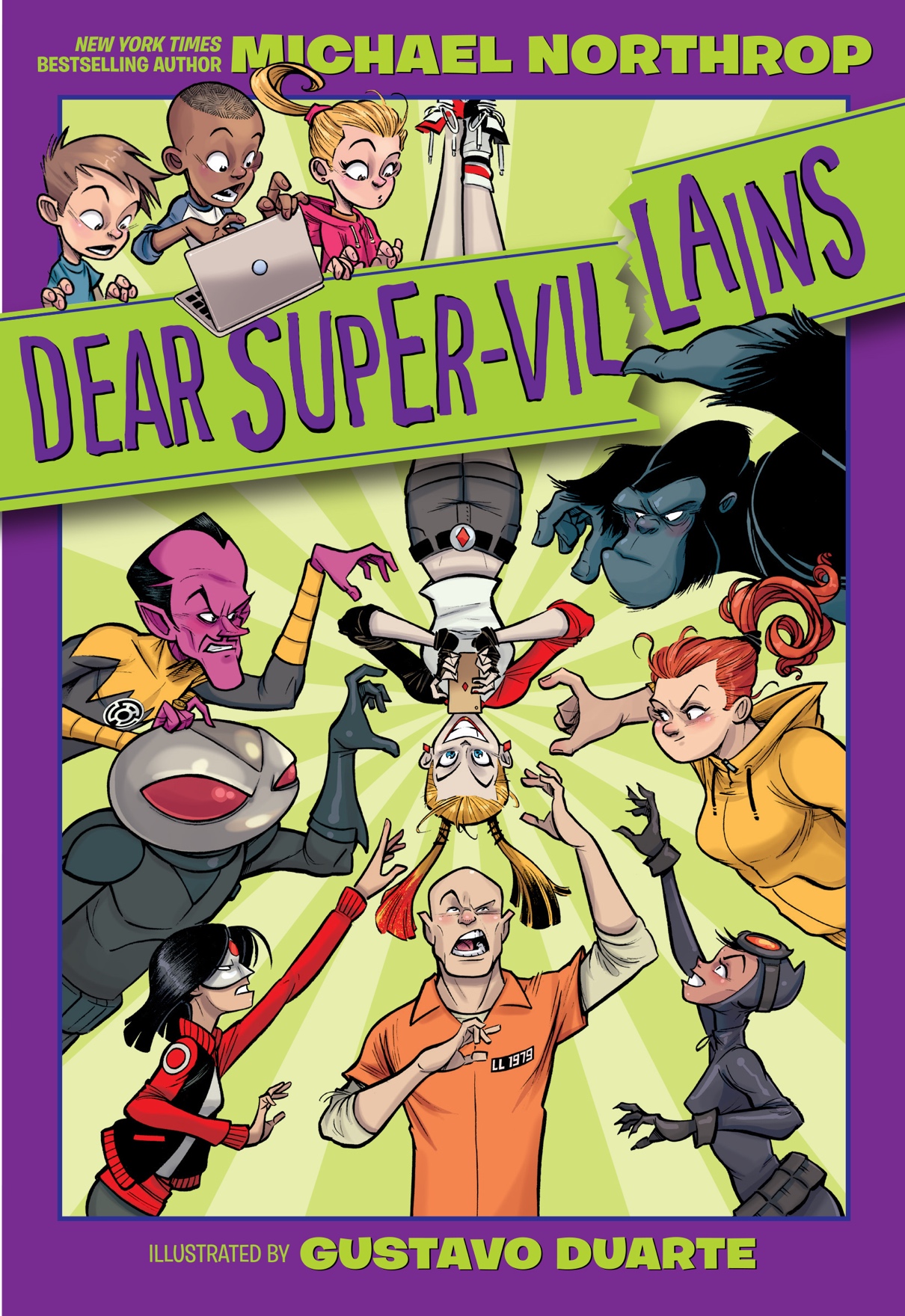 On sale everywhere books are sold on April 6, 2021

Let us know if you’ve read Dear Justice League, or if you plan on getting Dear Super-Villains!