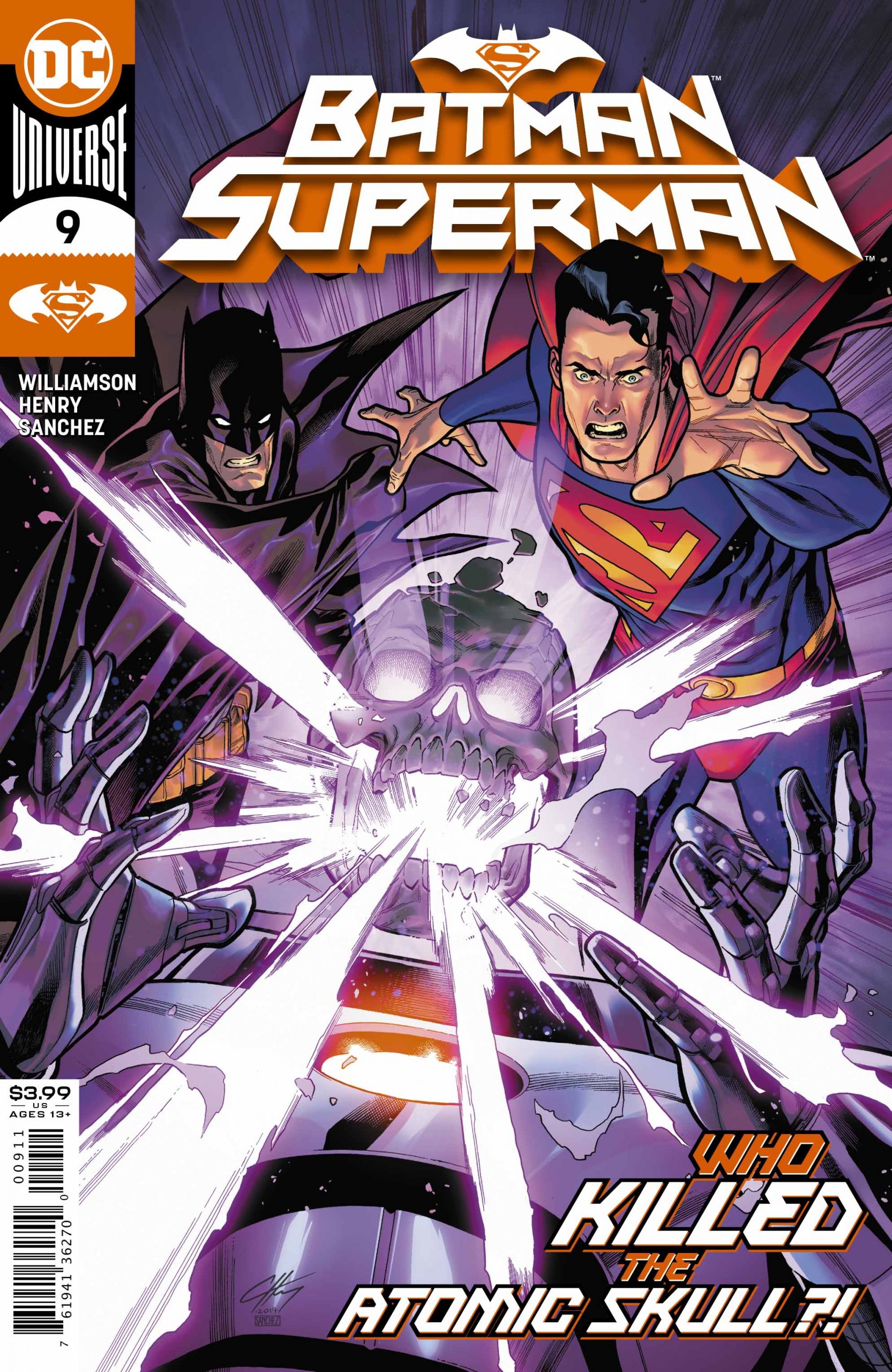 The World’s Finest Team is faced with a consequential mystery in this week’s explosive Batman/Superman #9: “Who killed the Atomic Skull?”

Have you ever wondered if Batman could survive a nuclear blast? I have. Luckily, Batman/Superman #9 has the answers, as the Atomic Skull has made his way to Gotham city. However, his stay was far from pleasant. While once reformed from his life of crime, the issue opens with the (former) villain seemingly on the run from the police.

Batman arrives on the scene only to find a manic, disturbed Skull and a bunch of fake cops. He tells the Caped Crusader that someone’s trying to use the Dark Knight to get to Superman. That’s when things get explosive, and more than a little bit messy, for both our heroes.

Joshua Williamson’s script is a nice set-up for what seems to be a fun three-part arc. Williamson does a great job establishing the mystery within the issue, whilst also managing to inform the reader of the relevant continuity details, without reams of annoying exposition. What really shines though, is the cliff-hanger, as Williamson reintroduces a classic Superman villain for the first time since before the Rebirth. What Williamson has in store for the “Atomic” arc seems to pull on classic continuity, while updating the details with a modern twist. 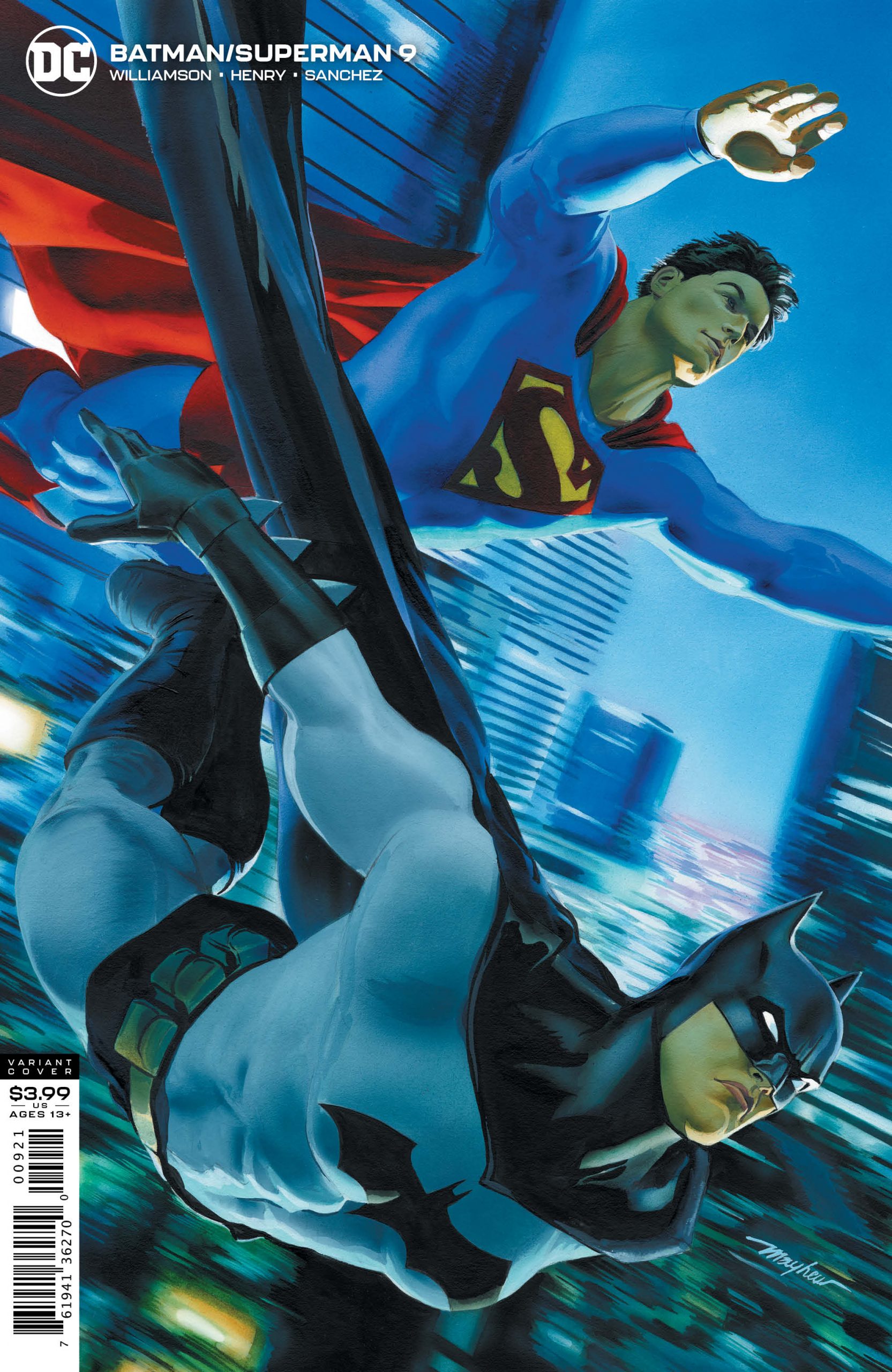 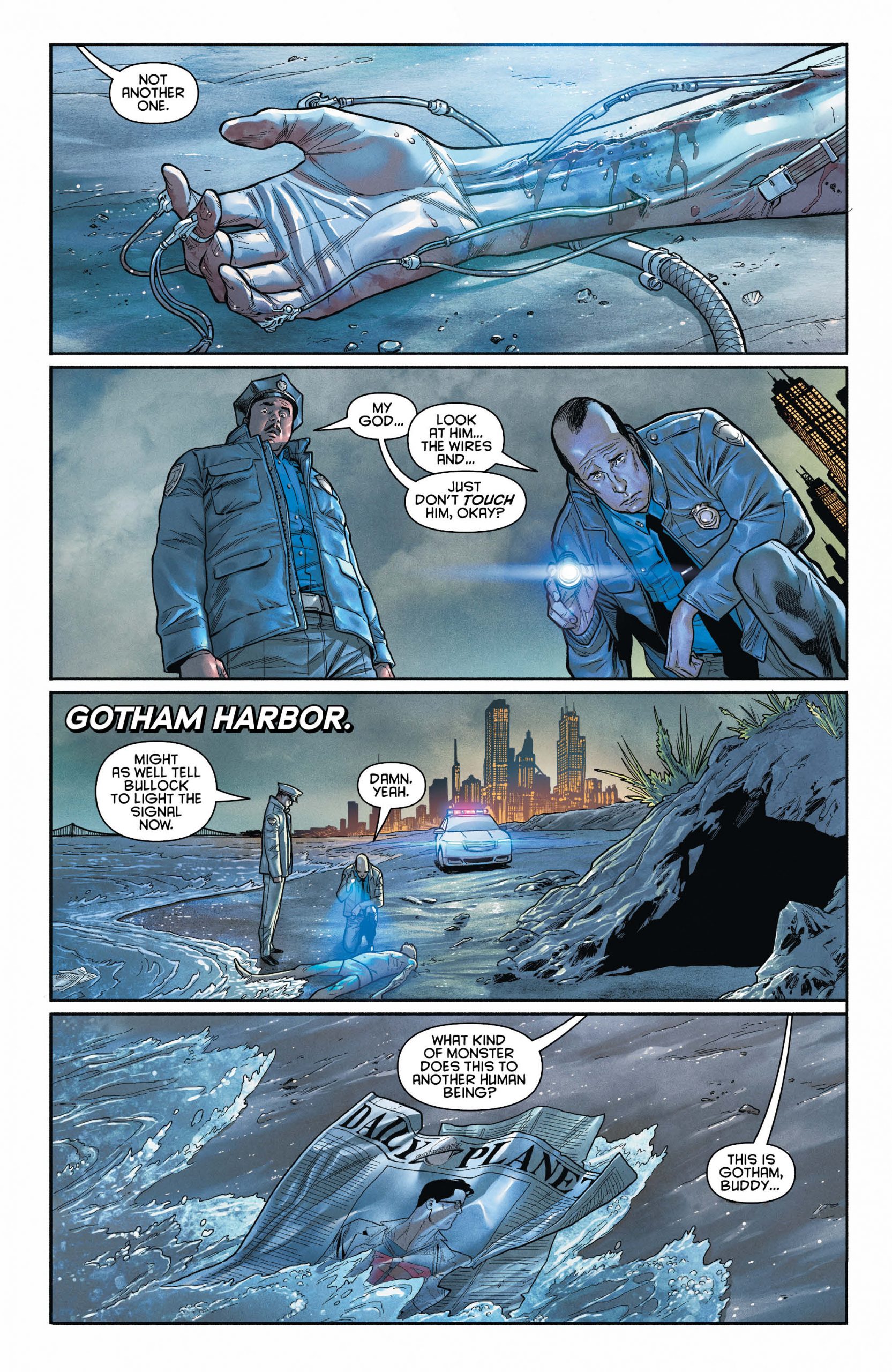 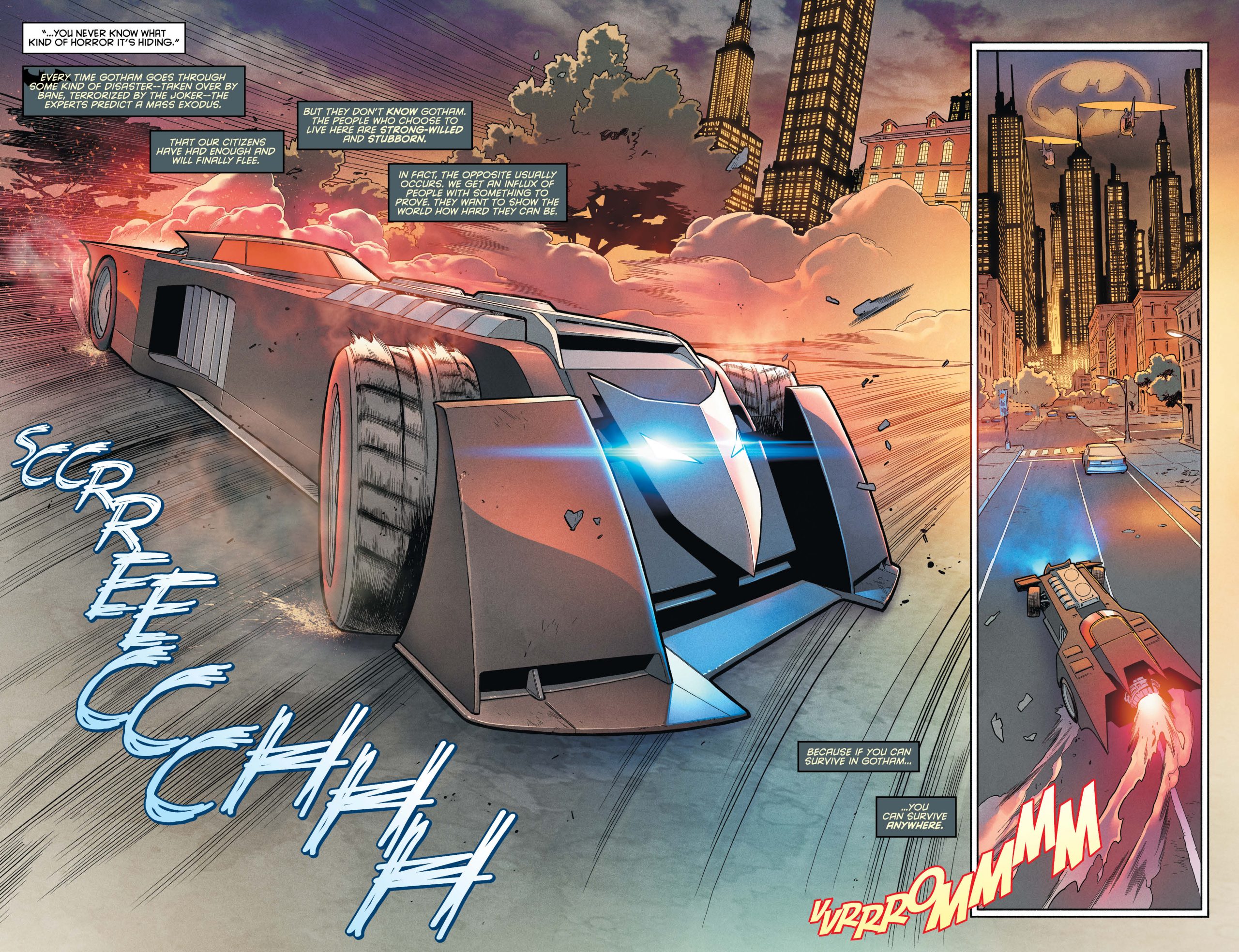 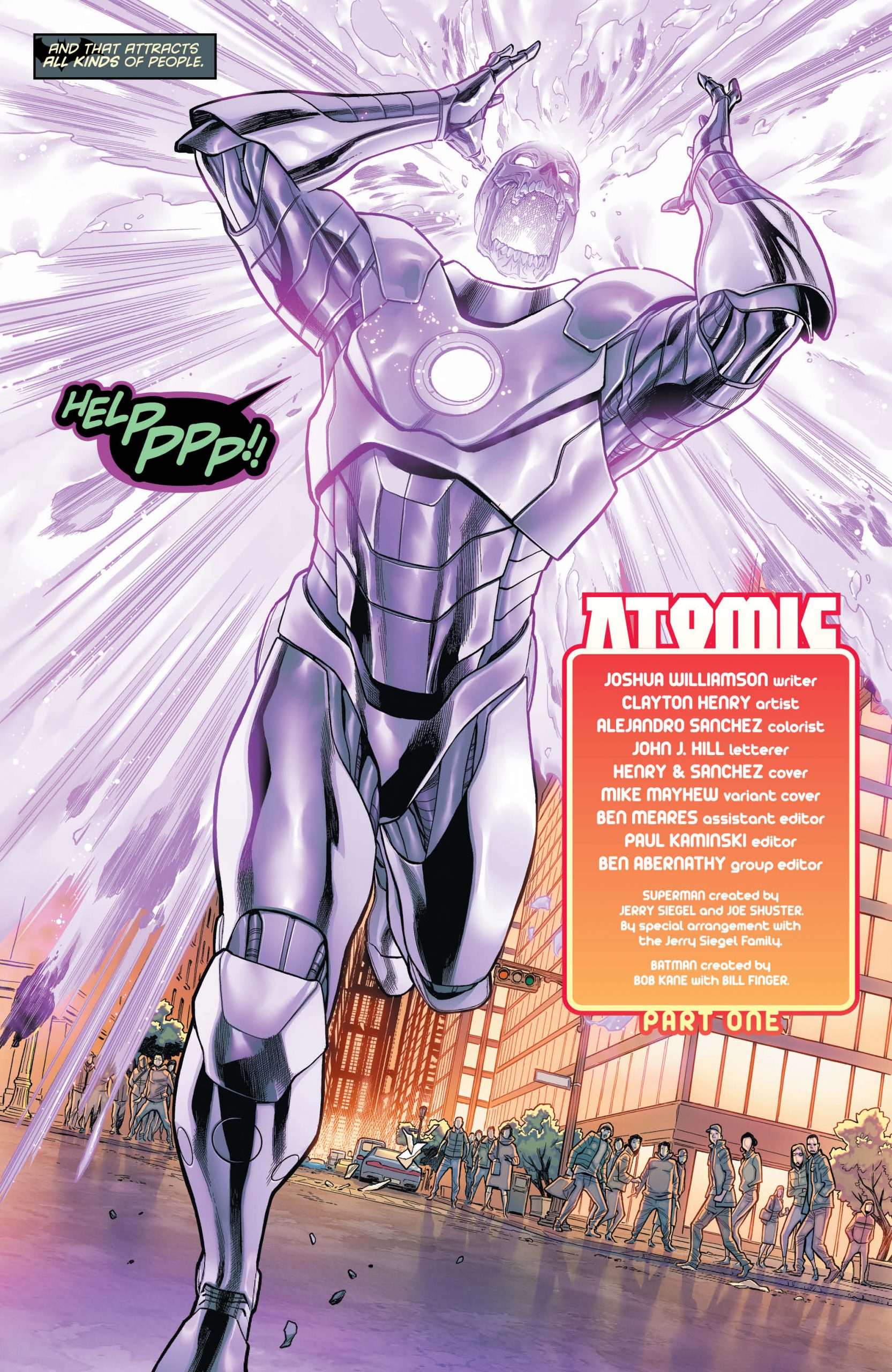 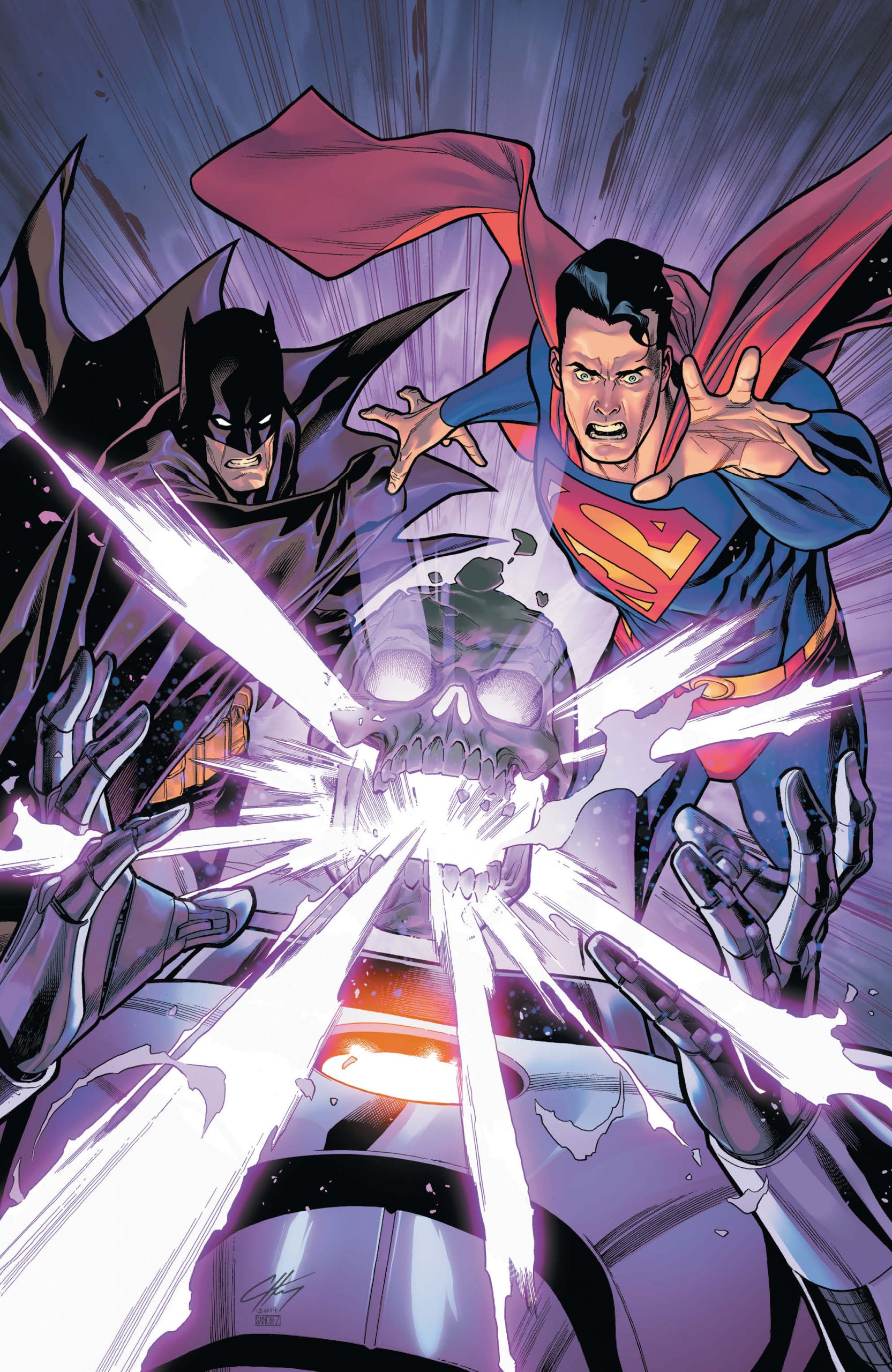 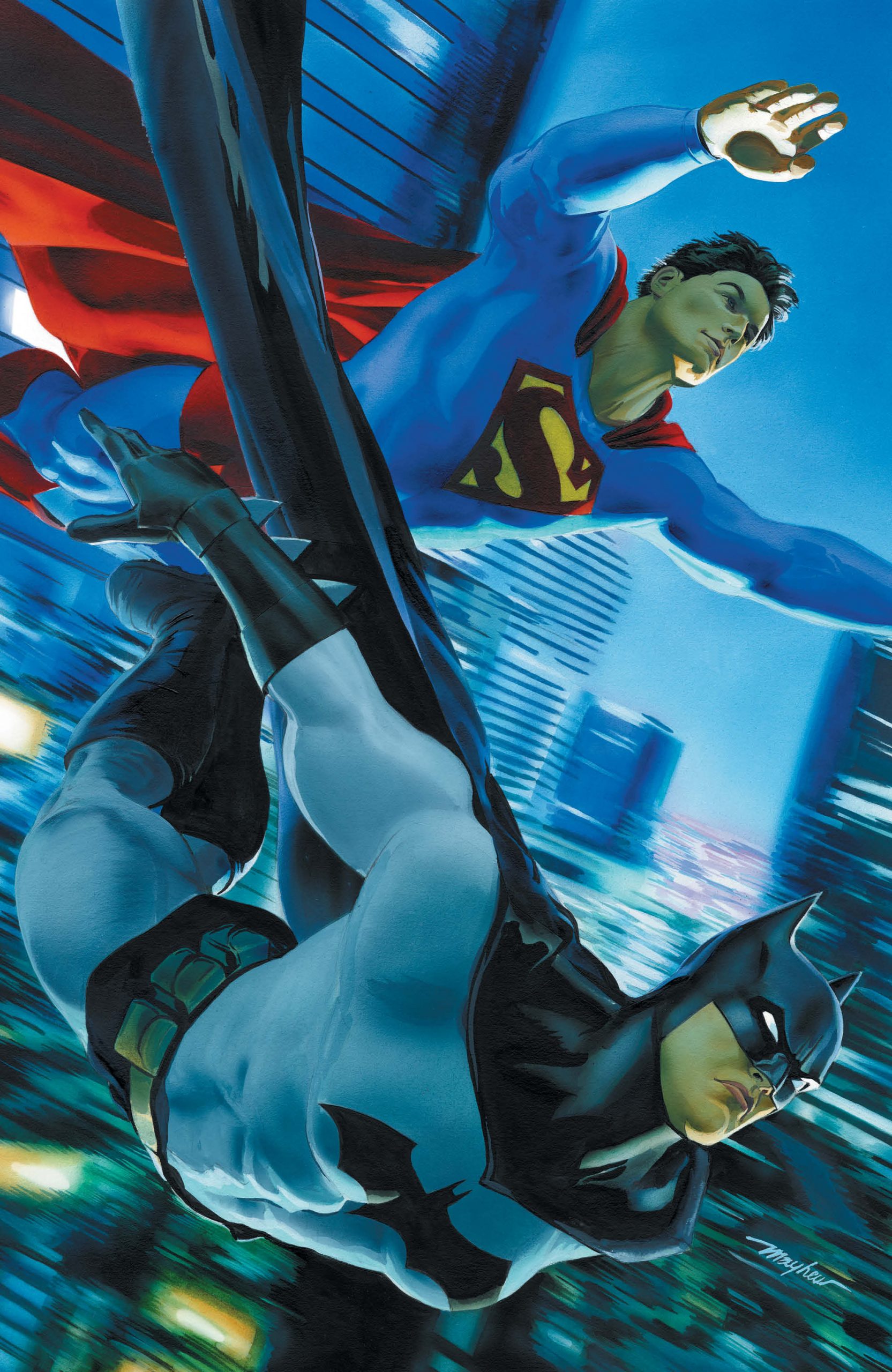 Once again, Batman/Superman has changed artists, as this is Clayton Henry’s debut issue. In fact, this is Henry’s first title for DC since 2009, when he was tapped for Adventure Comics with Francis Manapul.

Frankly, Henry’s pencils are a mixed bag. While his panels, backgrounds, and action sequences are fantastic, whenever there’s a close up of a character, their head is elongated. Seriously, his heads are weird ovals. This is particularly noticeable for Batman, whose forehead is absolutely massive in certain scenes.

Despite Henry’s inclination towards egg-shaped heads, there’s another bright spot for this issue: the color. Alejandro Sanchez does a fantastic job incorporating eye-catching neon purples that really make the art for this issue pop.

Batman/Superman #9 is another fun issue in this solid series. Williamson really has a great grasp of these characters, and while Henry’s art is somewhat unusual, he nevertheless delivers a palatable experience.

Final Verdict: Give it a read. It’s fun.