Batman Begins writer David S. Goyer has confirmed that the film’s version of Ra’s Al Ghul (Liam Neeson) is not an immortal, and that the Lazarus Pit does not exist in Christopher Nolan’s Batman universe.

During the “The Art of Adapting Comics to the Screen: David S. Goyer Q&A” panel at this past weekend’s [email protected], Goyer was asked if the comic version of the character’s immortality was hinted to during Ra’s’ death scene in the film. Here’s what he had to say:

I think you’re reading far too into it. Certainly, there was never any discussion that Chris or I had about that, but if you think about it, it was a fairly realistic approach. I think if you introduce something like the Lazarus Pit into that – I’m not saying you couldn’t tell a cool story with the Lazarus Pit; I think you could – I just don’t think that the Lazarus Pit would’ve gelled with that approach.

Created by Julius Schwartz, Dennis O’Neil and Neal Adams, Ra’s Al Ghul first appeared in June 1971’s Batman #232. In the comics, the assassin uses Lazarus Pits – pools of water with restorative properties – to prolong his life, making him difficult to kill, and allowing him to develop his skills over centuries. 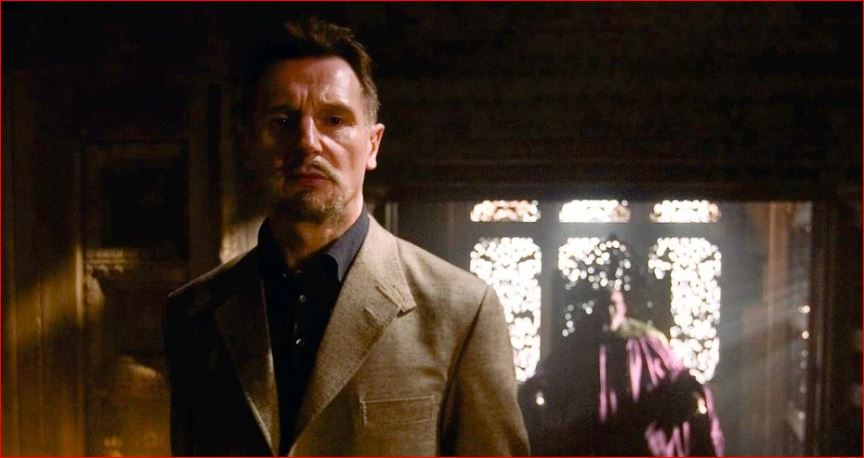 In the film, Ra’s’ dead body is never seen, leading some to theorize that he never actually perished in Batman Begins, and continues to live his life in shadows, thanks to the Pit. However, as Goyer points out, the mystical Lazarus Pit would not have fit well into Nolan’s realistic and gritty superhero universe.

Does this create less of an impact to you as you examine the trilogy, or do you admire the films in how they simply went in their own direction? Let us know, as Ra’s Al Ghul’s Lazarus Pits are as synonymous with the character as Batman’s utility belt is to the Dark Knight.  Leave us a comment or two about this new revelation.