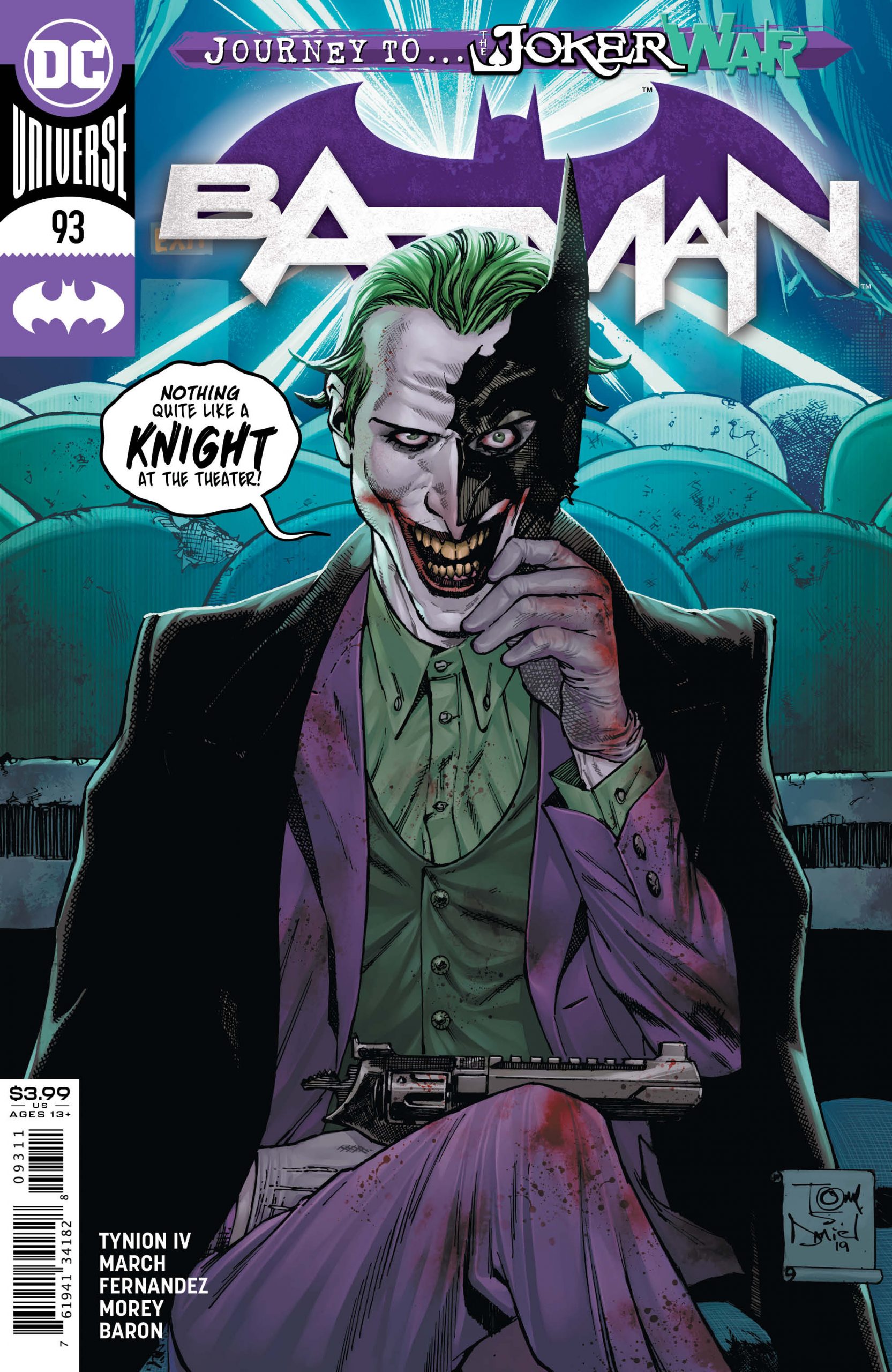 I found Batman #93 to be a disappointing conclusion to the overly-long “Their Dark Designs”, due to a lack of any real resolution.

After seven other issues of build-up for a new villain the Designer, the ultimate reveal is extremely underwhelming. Once readers see the truth behind the villain, one’s left wondering “What is the point?” Why build up a new character only to dispatch him so quickly?

Writer James Tynion spends so much time building a backstory for the character and introducing a byzantine plan, that lot of the mystique of the character is tossed away, in favor of seeing a more familiar “twist”.

The a frustrating aspect of the story arc is that Tynion had the nuggets of a lot of great ideas. The Designer’s plan to defeat Batman is really smart: target his money. It exposes the folly of Batman’s modus operandi, and turns his methods against him. It also intertwines the various villains’ plans together in a fun, and mostly- satisfying way. What an awesome method of twisting Batman’s philosophy on its head.

The Broker character also continues to be a highlight, but his appearance is brief and unimportant to the main plot. The Punchline versus Harley battle was well choreographed and is an added bonus, as seeing Guillem March‘s splashy art style always is. 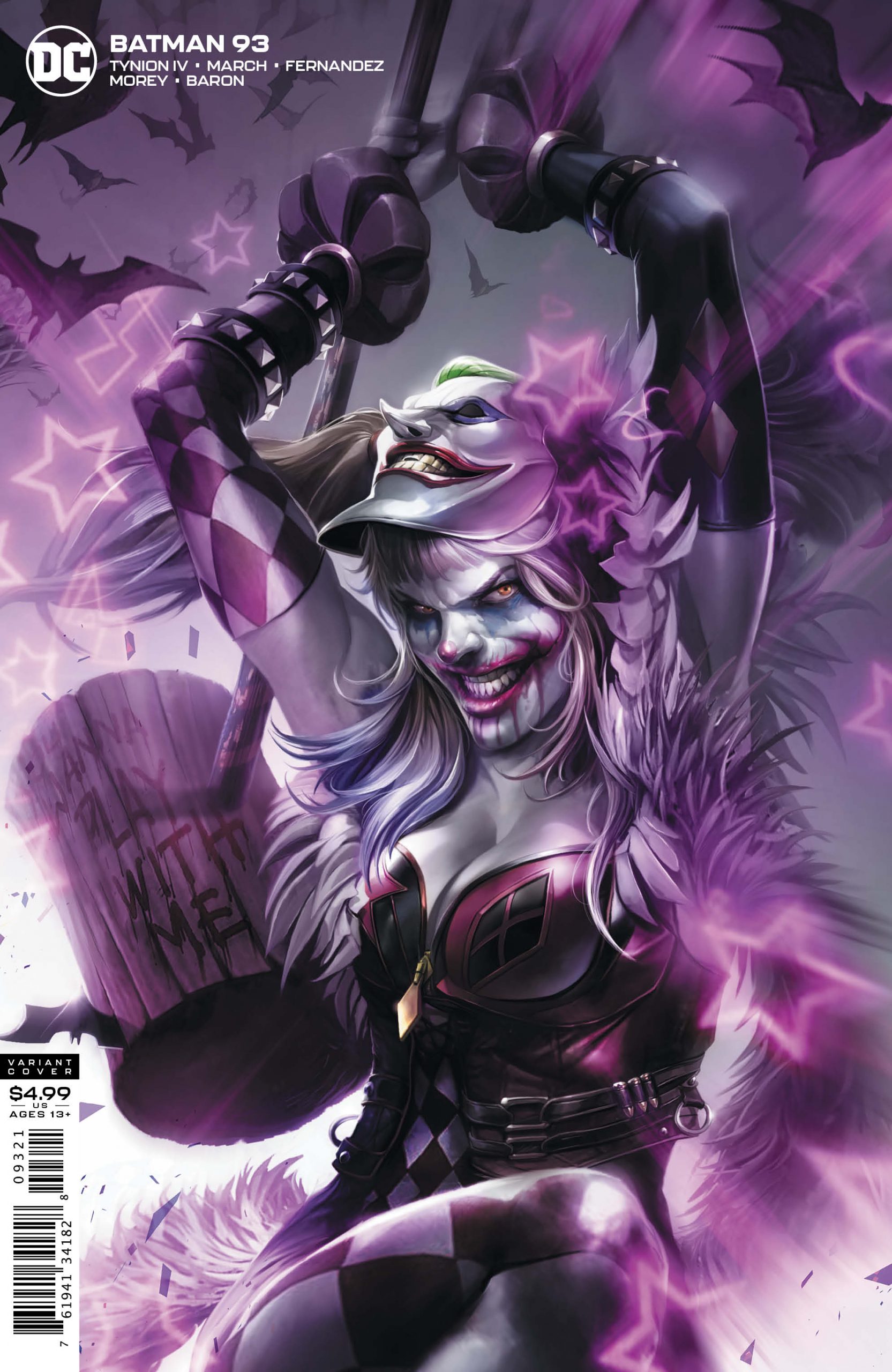 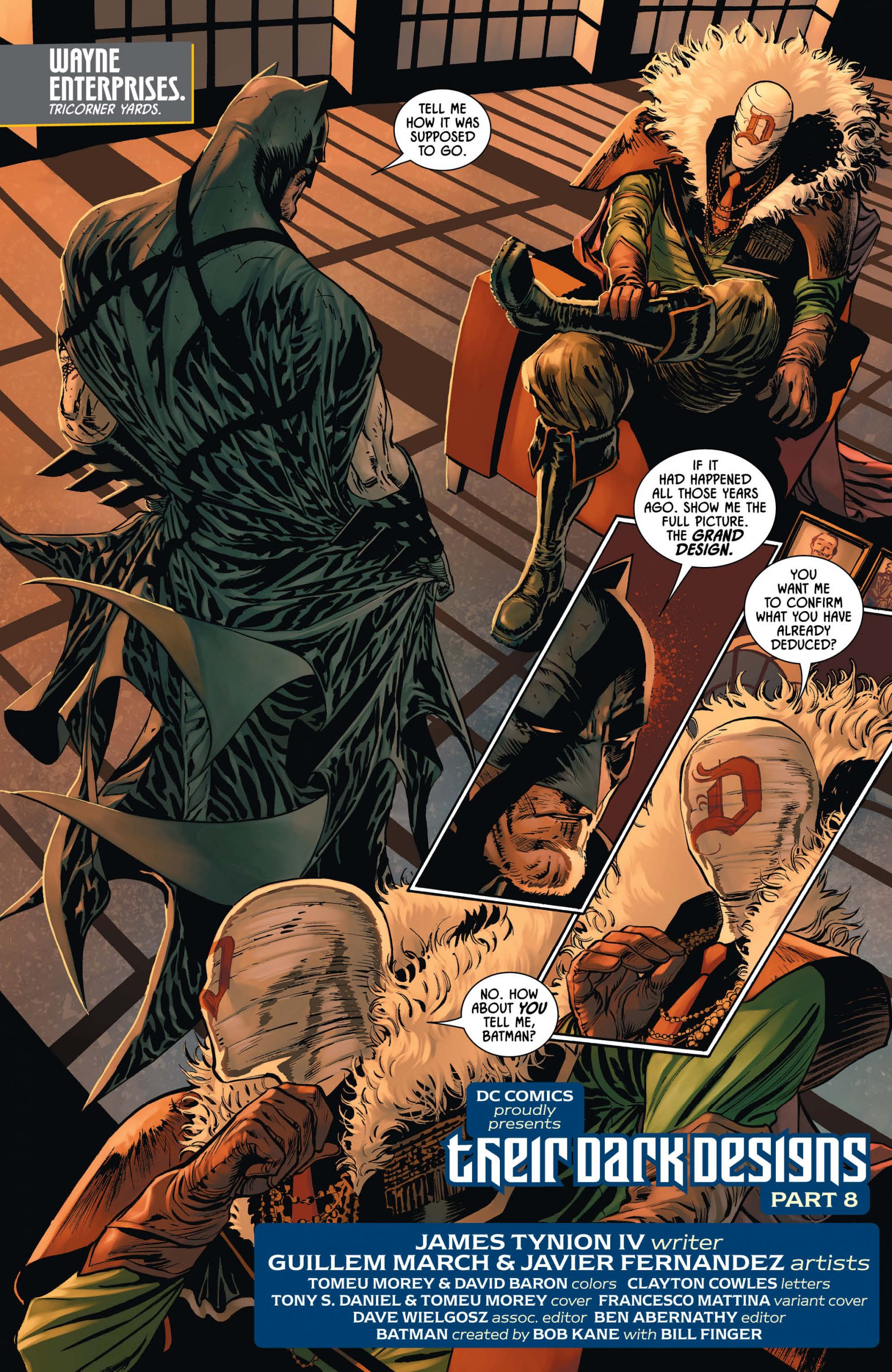 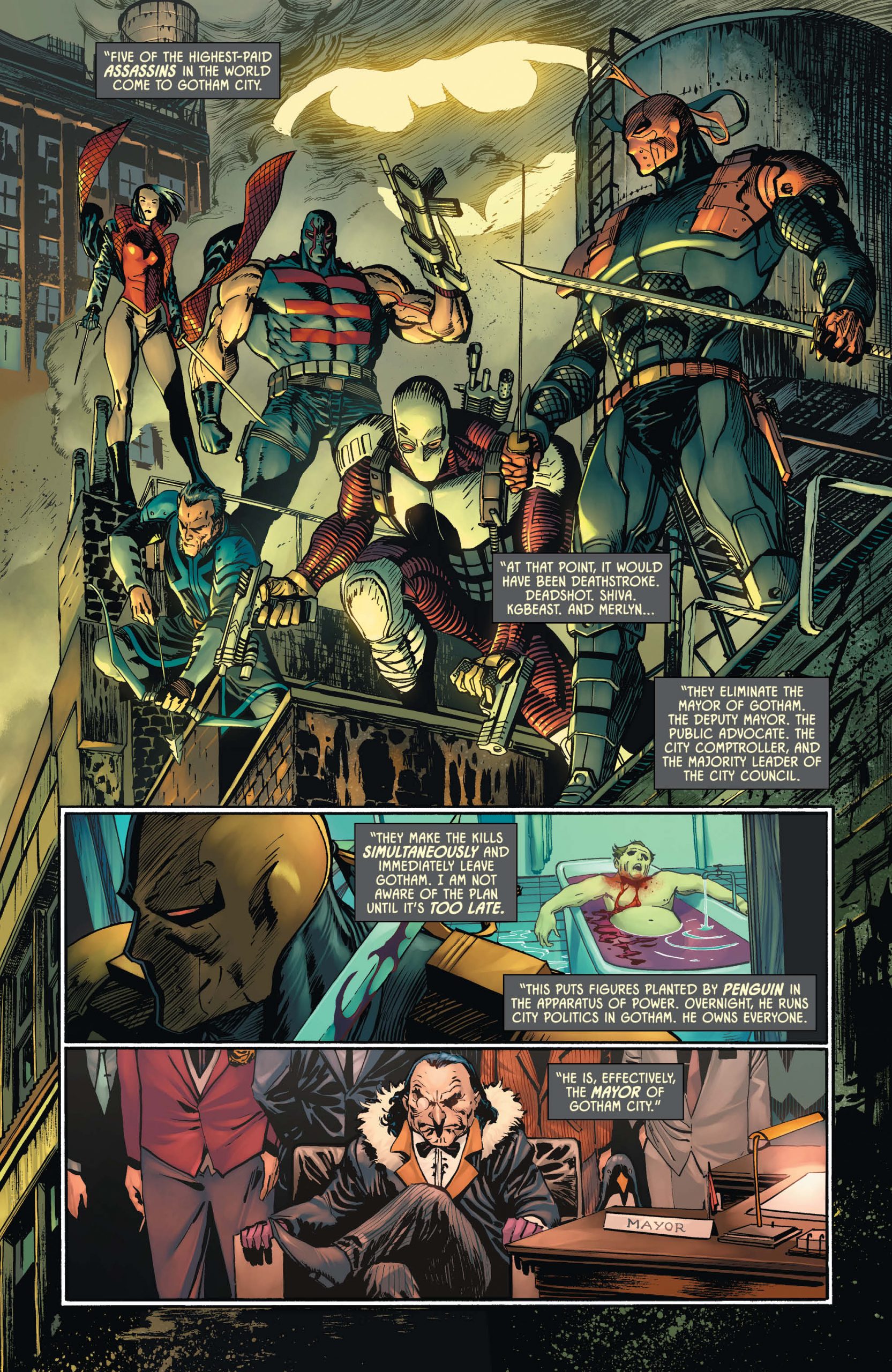 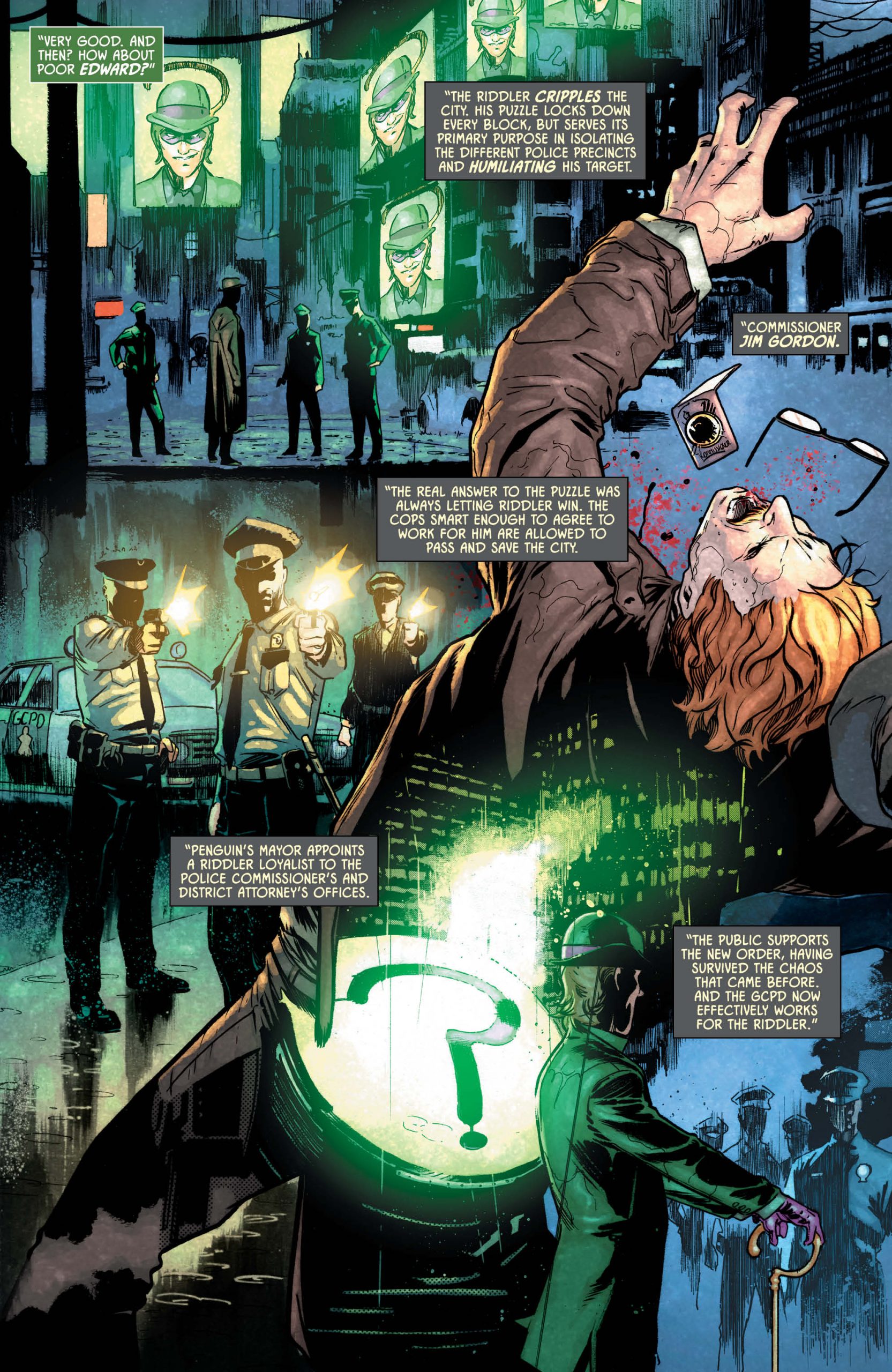 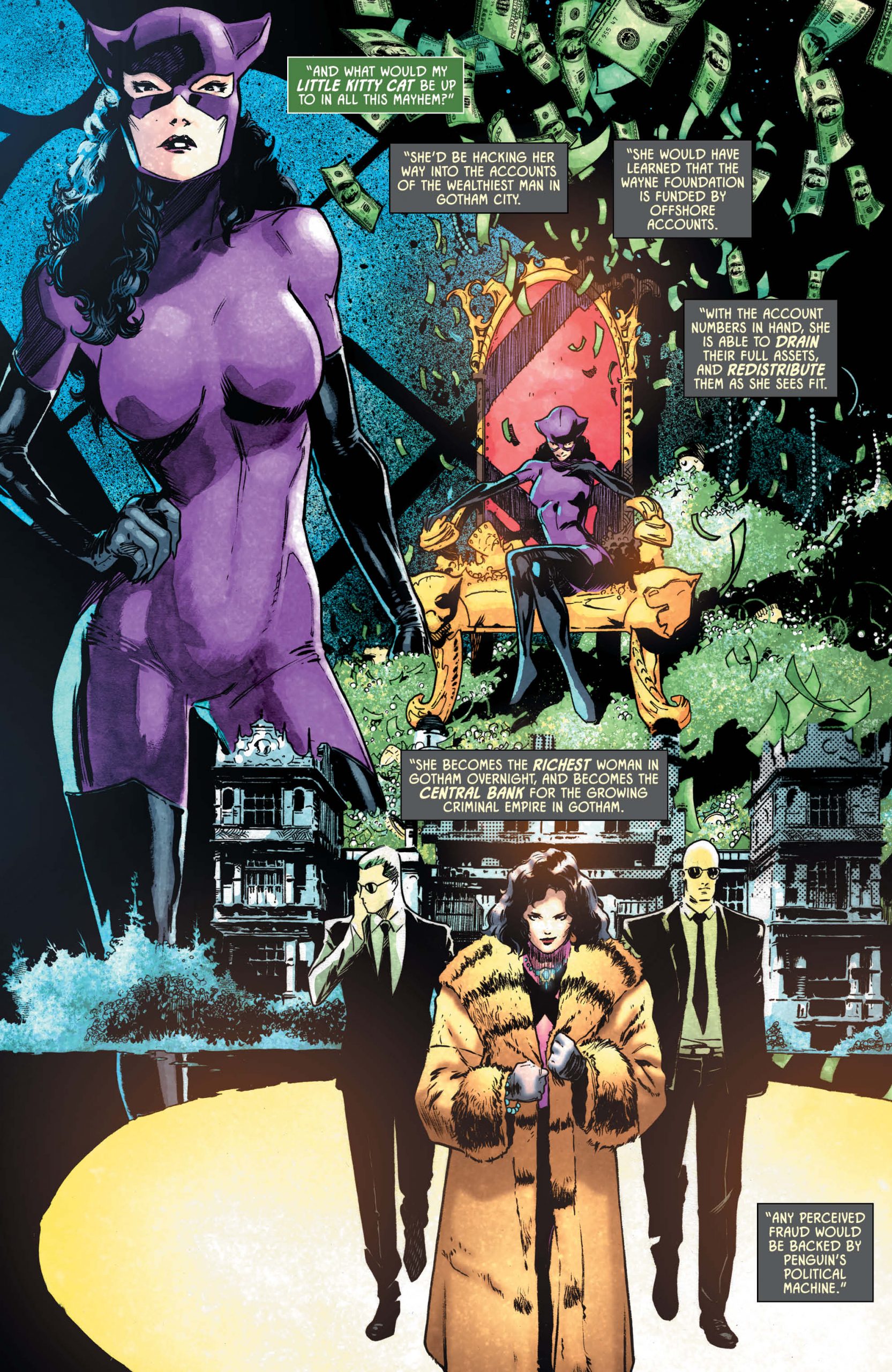 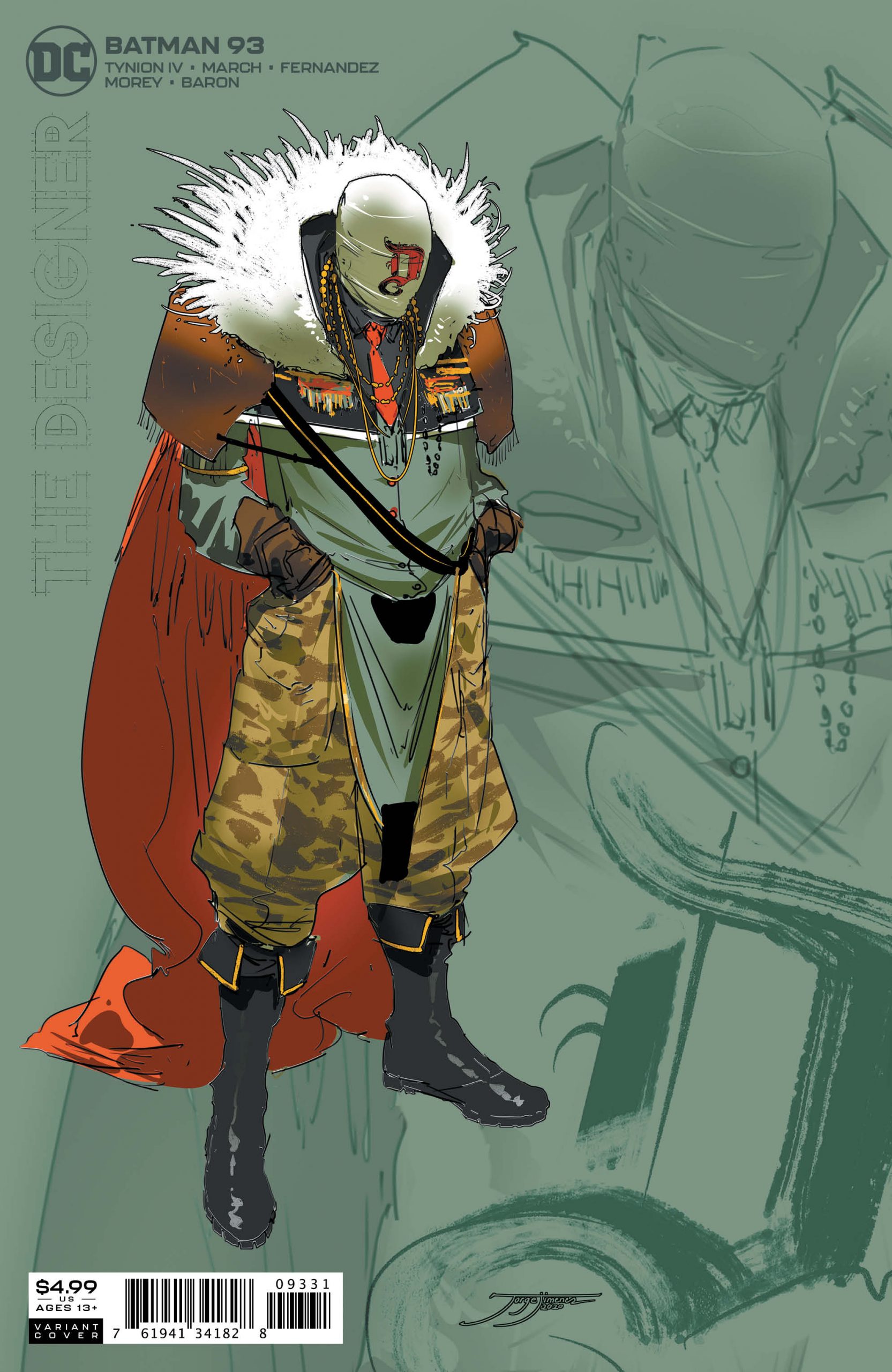 Incidentally, Javier Fernandez covered a portion of the art too. While he has a solid, workman-like quality, it lacks the detail and weird dynamism of March’s pencils. Fortunately, the styles are similar enough that the transitions aren’t jarring.

The biggest sin that Tynion commits is the lack of an ending. There is no ending. In fact, if readers didn’t know any better, they’d assume that there’ll be a part nine next issue. The reality however, is that “Their Dark Design” acts as a stealth “Joker War” tie-in. The arc was never about the threat of the Designer, despite spending so many issues focused on him. It was really about the Joker and his plans.

To be truthful, “Joker War” has a great, interesting premise, but it’s annoying to see “Their Dark Designs” act as an eight-issue-long prologue.

As a conclusion, Batman #93 acts as a highly unsatisfying ending to a rudderless arc. The story bounces all over the place and encourages fans to read a completely separate arc, if they want any sense of closure. Not even super strong art, or fun story ideas can save the comic from delivering what I found to be a great sense of disappointment.