So in case you’ve somehow not heard, Joker has a new a lady in his life. A woman by the name of Punchline has taken Joker’s hand as his new sidekick… and girlfriend? This is a role once famously occupied by Harley Quinn. Already, Punchline is proving to already be pretty damn popular among fans as her debut appearances in both Batman #89 and Year of the Villain: Hell Arisen #3 sold out in pre-sales, causing DC to scramble and run second printings. It was inevitable that people would draw comparisons between Harley and Punchline given the Joker’s rather uneventful dating history. Oh yeah, and we, of course, want to see them meet and fight, which they will… but before their epic brawl takes place, we’ll have to see them size each other up first in Batman #92.

Harley Quinn’s No Fool, and Punchline’s No Joke

Their Paths Finally Cross in Batman #92

The greatest heist in history is underway in Gotham City, courtesy of the mysterious crimemaster known as the Designer! Batman knows what he needs to do, but in order to stop the plot, he must first escape the most ingenious death trap the Riddler has ever devised! 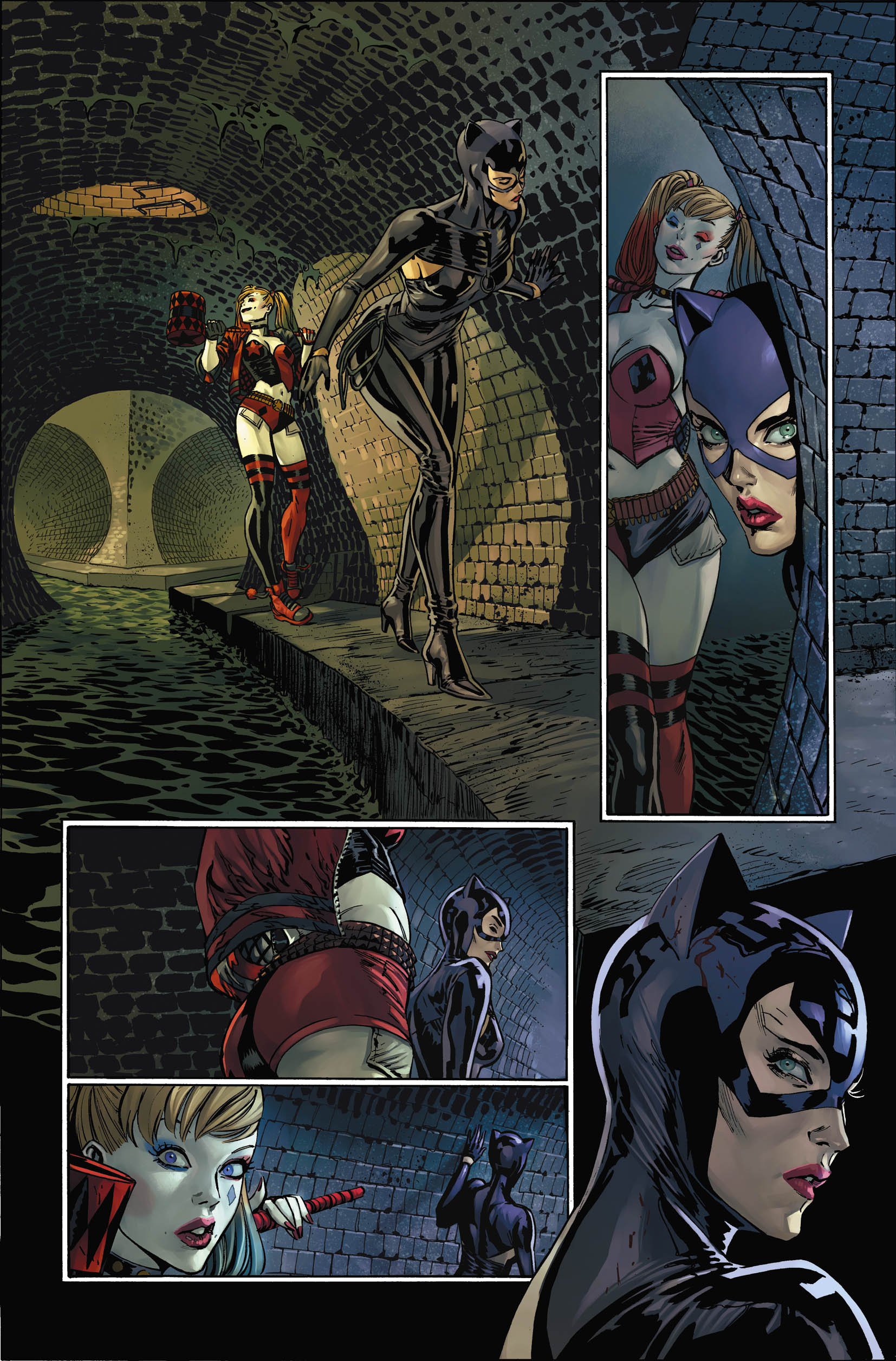 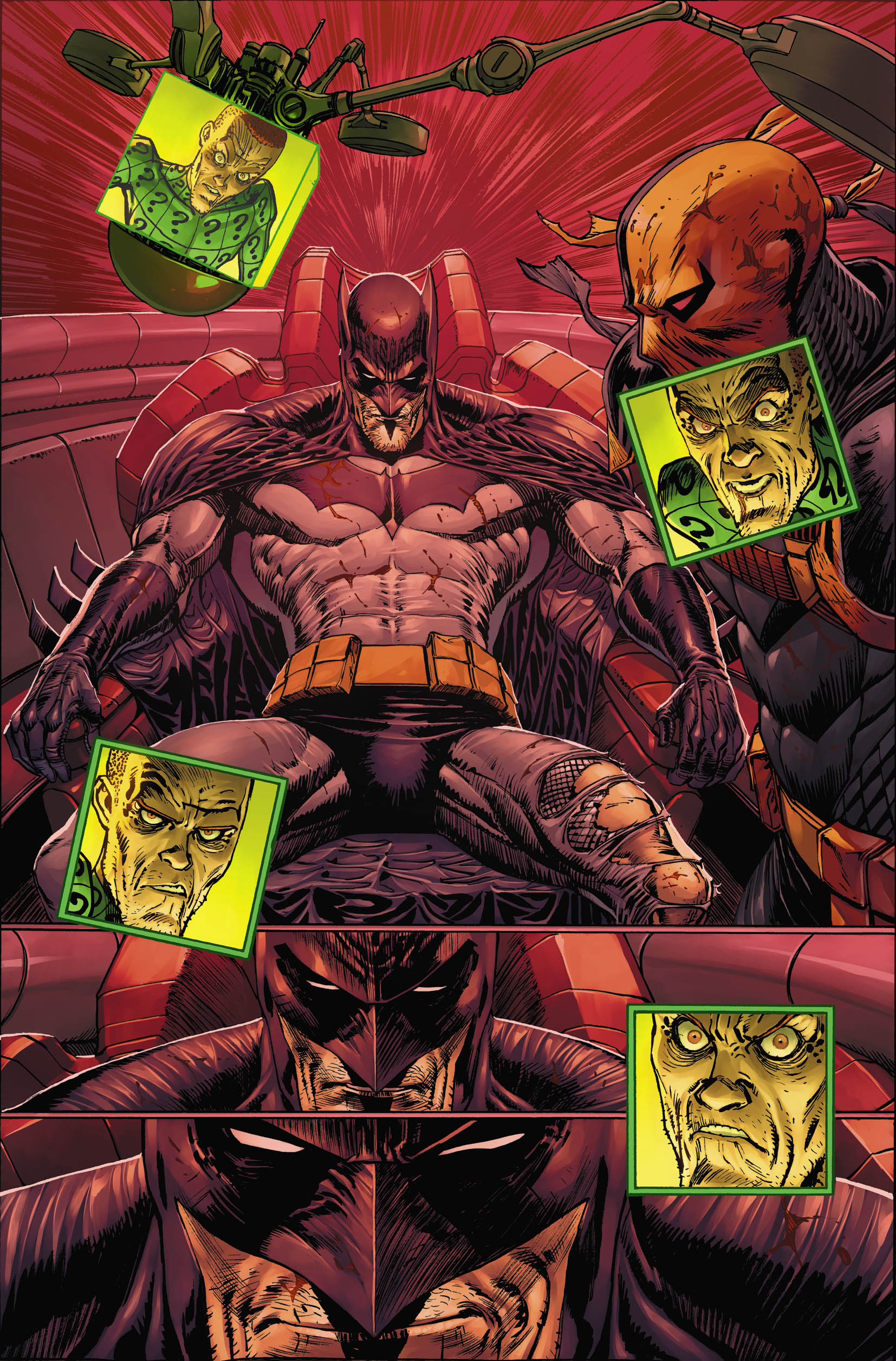 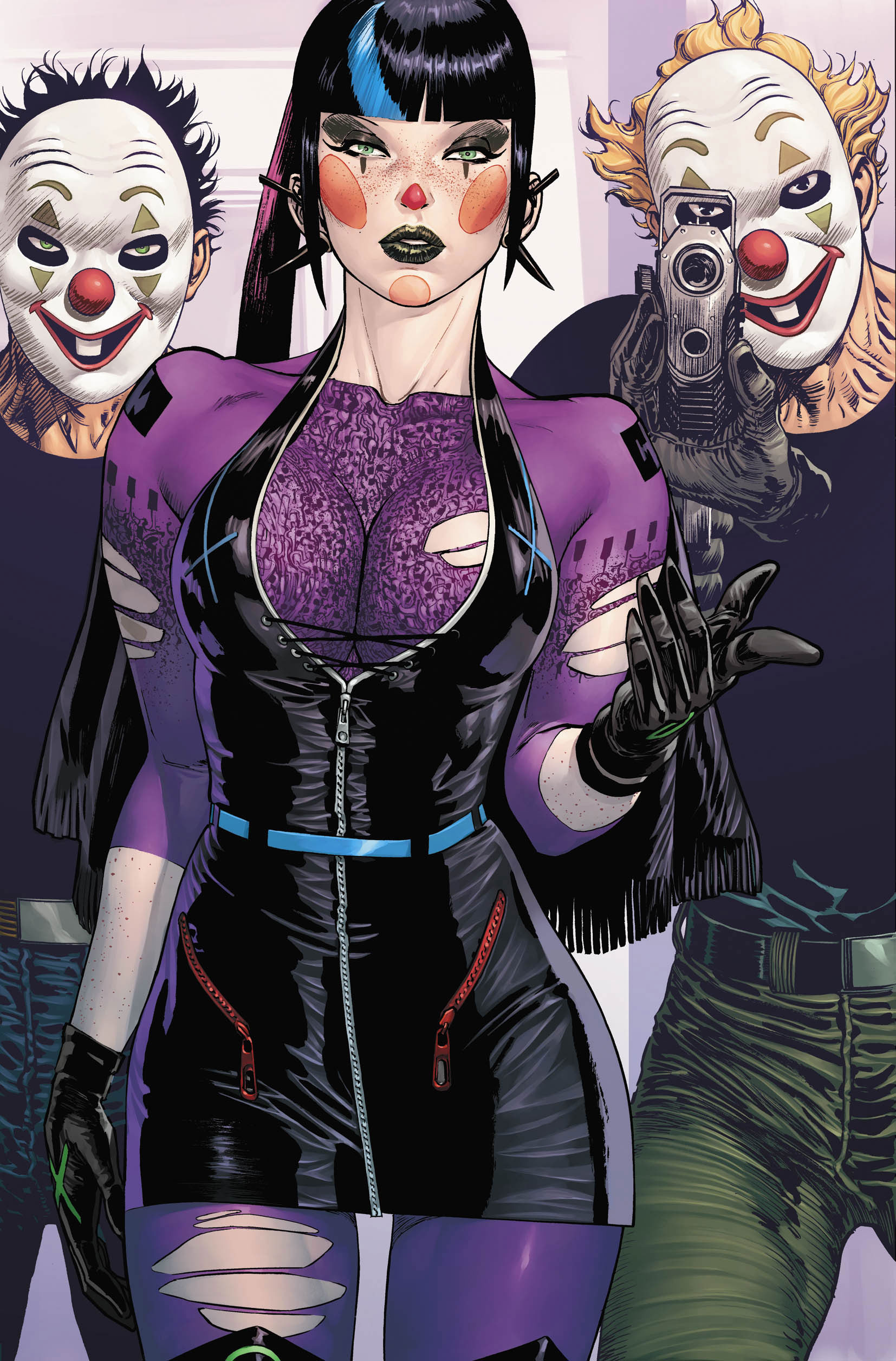 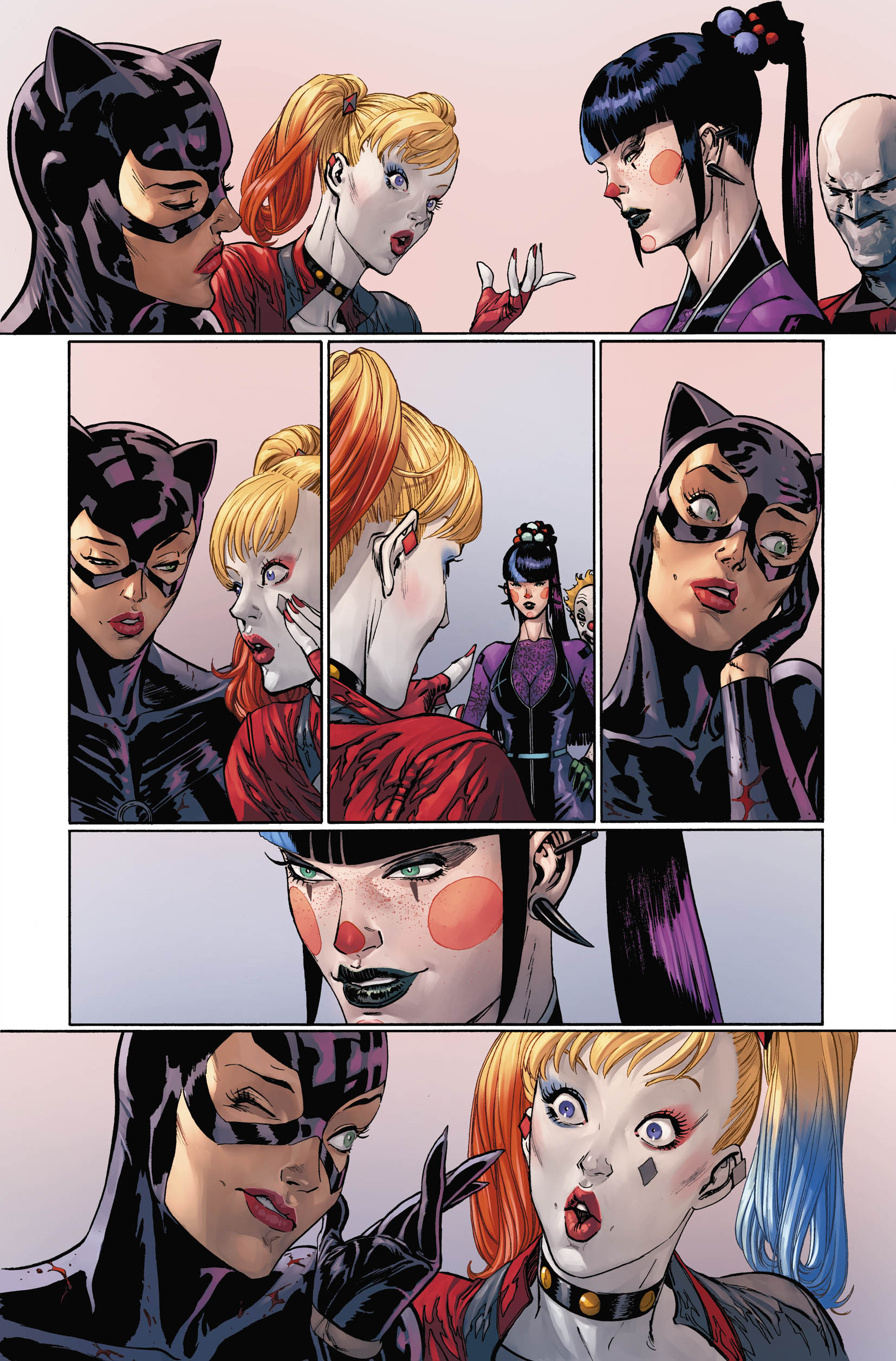 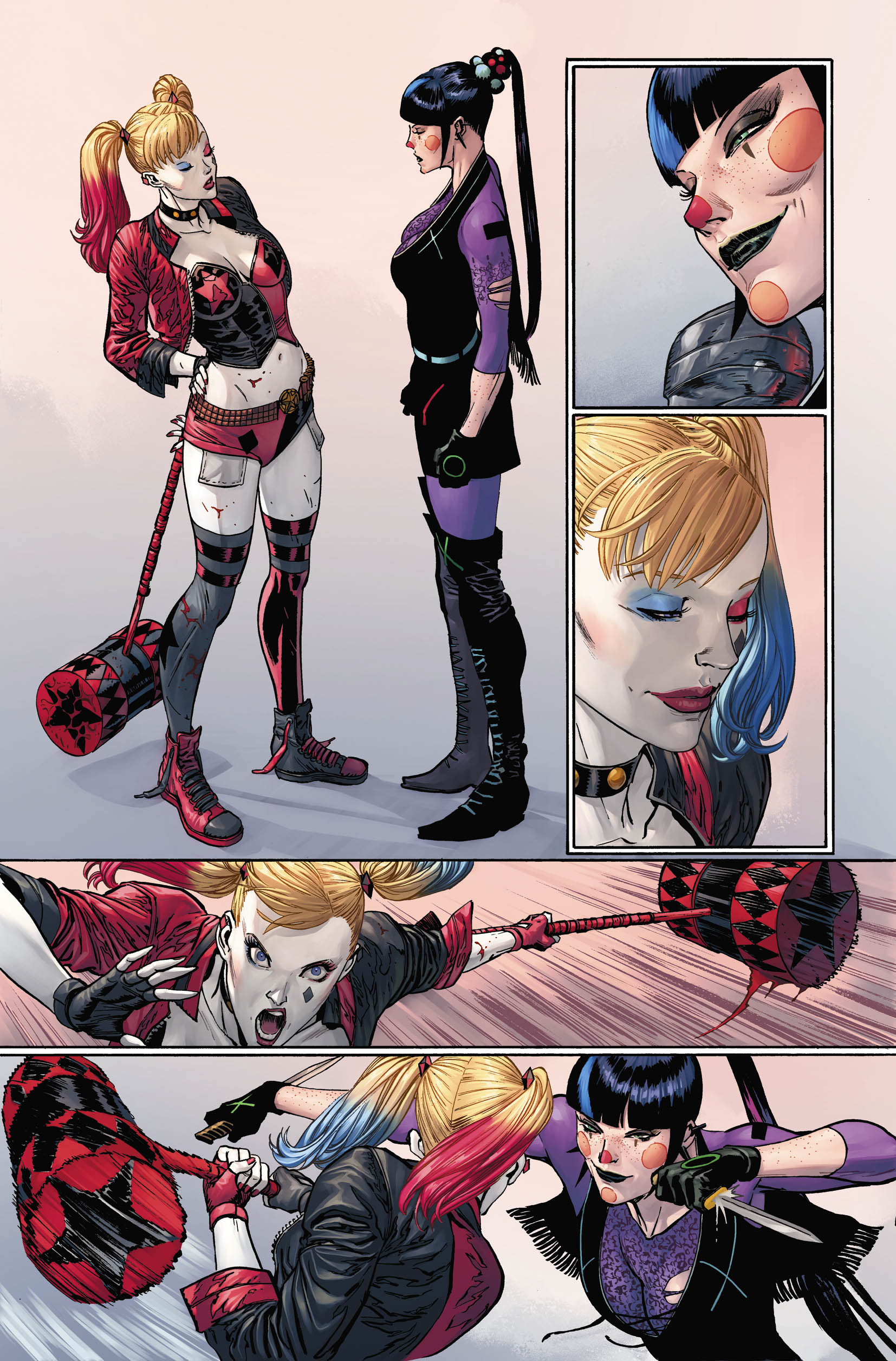 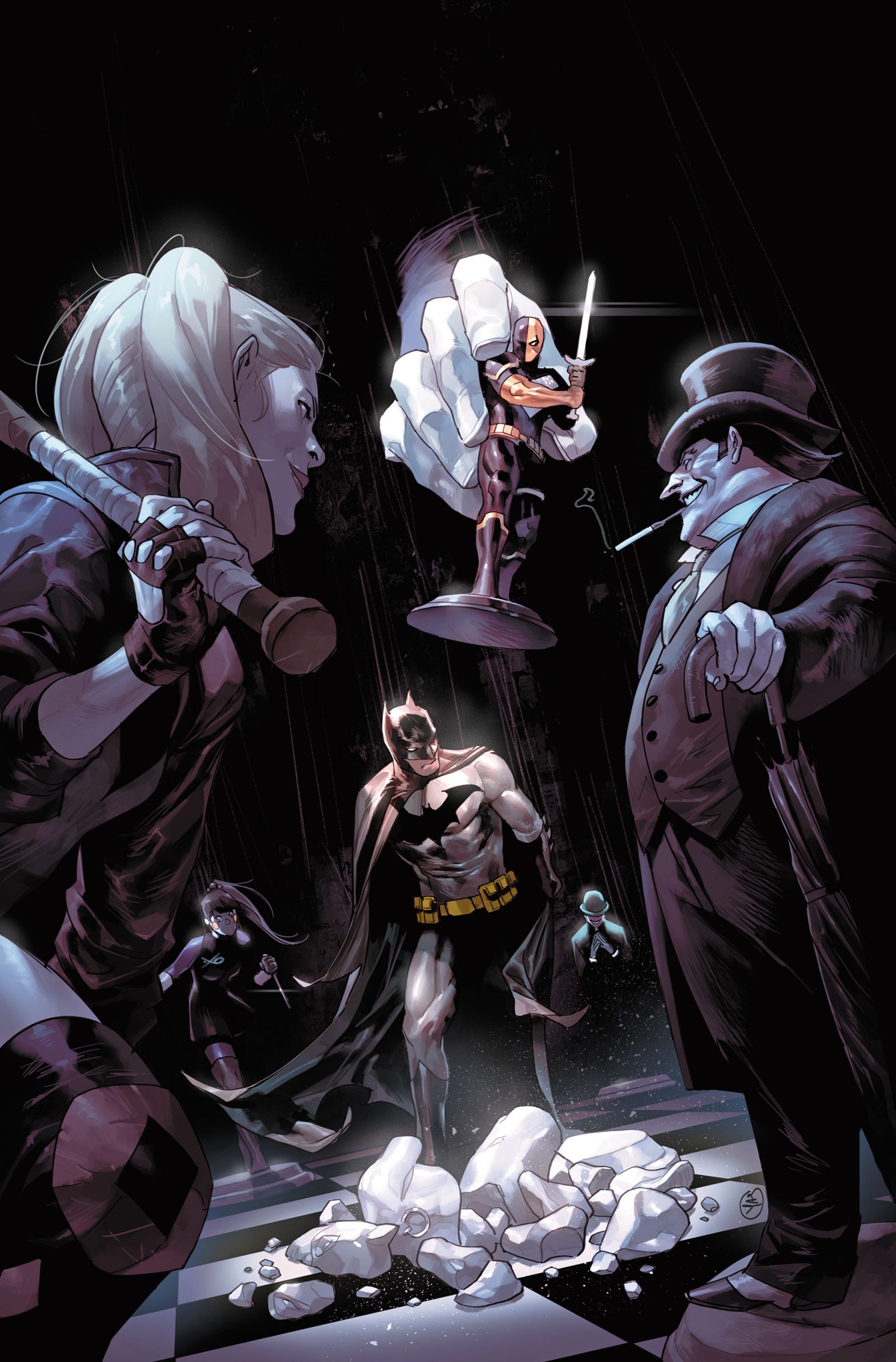 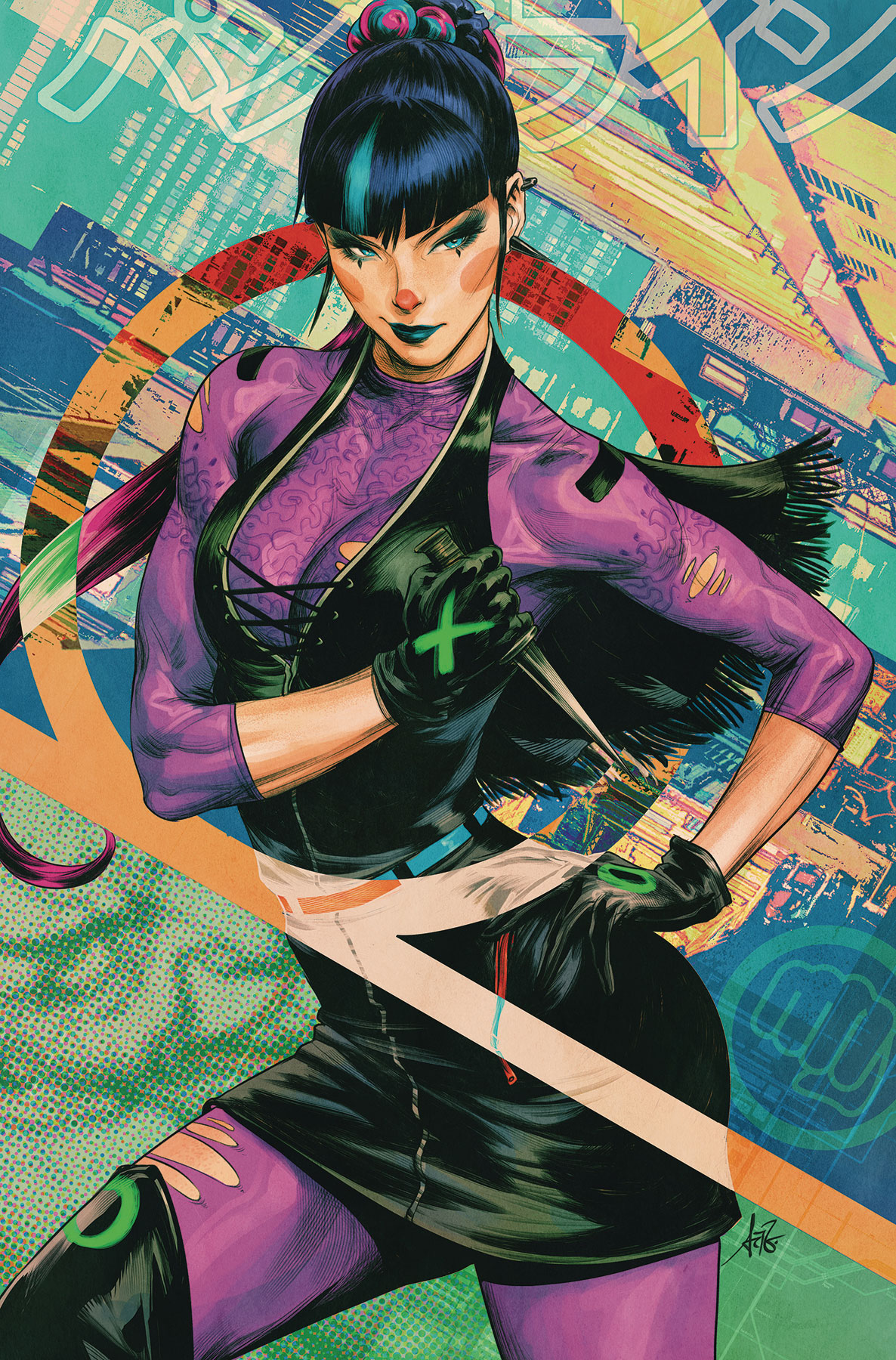 Of course, these are pre-lettered images with no script for context, but based on the illustration, it looks like Catwoman was leading Harley through the sewers before eventually encountering Punchline and a couple of goons. Typical of Harley, she clearly has to make a few silly, sarcastic comments before they engage in fisticuffs. Pretty exciting, huh?

Are you ready to see these two women duke it out? Stay tuned to DKN for more updates and reviews!