Big news people, direct from none other than James Tynion IV himself! In his fan newsletter the new Batman writer tells us about his next big storyline, coming up in Batman. Not content with just giving us juicy plot teases, he’s also confirmed the appearance of a brand new character debuting in the pages of a brand new Joker story arc. Ladies and gentlemen, meet Punchline.

Let’s hear from the man himself…

Sincerely, from the bottom of my heart… Thank you.

You cannot imagine how worried I’ve been over the last six months. You always hope that you have your finger on the right pulse, you want to know that you’re going to deliver the type of comic that people want to read. But you never REALLY know until it’s in stores and in people’s hands. Especially given the breakneck pace of a double-ship comic? By the time this issue came out we’re already deep into the future of the book, and there’s not much time to right the ship. So… You liked where I started things. Now let’s see if I can keep it up.

With the release of the April 2020 solicits… There’s some news on the horizon.

My first story, THEIR DARK DESIGNS, runs from 86-94… My second story starts with 95… And we’re calling it JOKER WAR.

Who is this character on the amazing Yasmine Putri BATMAN #92 cover? WHEN does she appear for the first time? Is it BATMAN #89? Is it YEAR OF THE VILLAIN: HELL ARISEN #3? Am I writing her origin story in the JOKER 80th Anniversary Special? Is she Joker’s new girlfriend? Is she a part of JOKER WAR??!

Who the heck IS this Punchline, and why does she want to stab everyone? 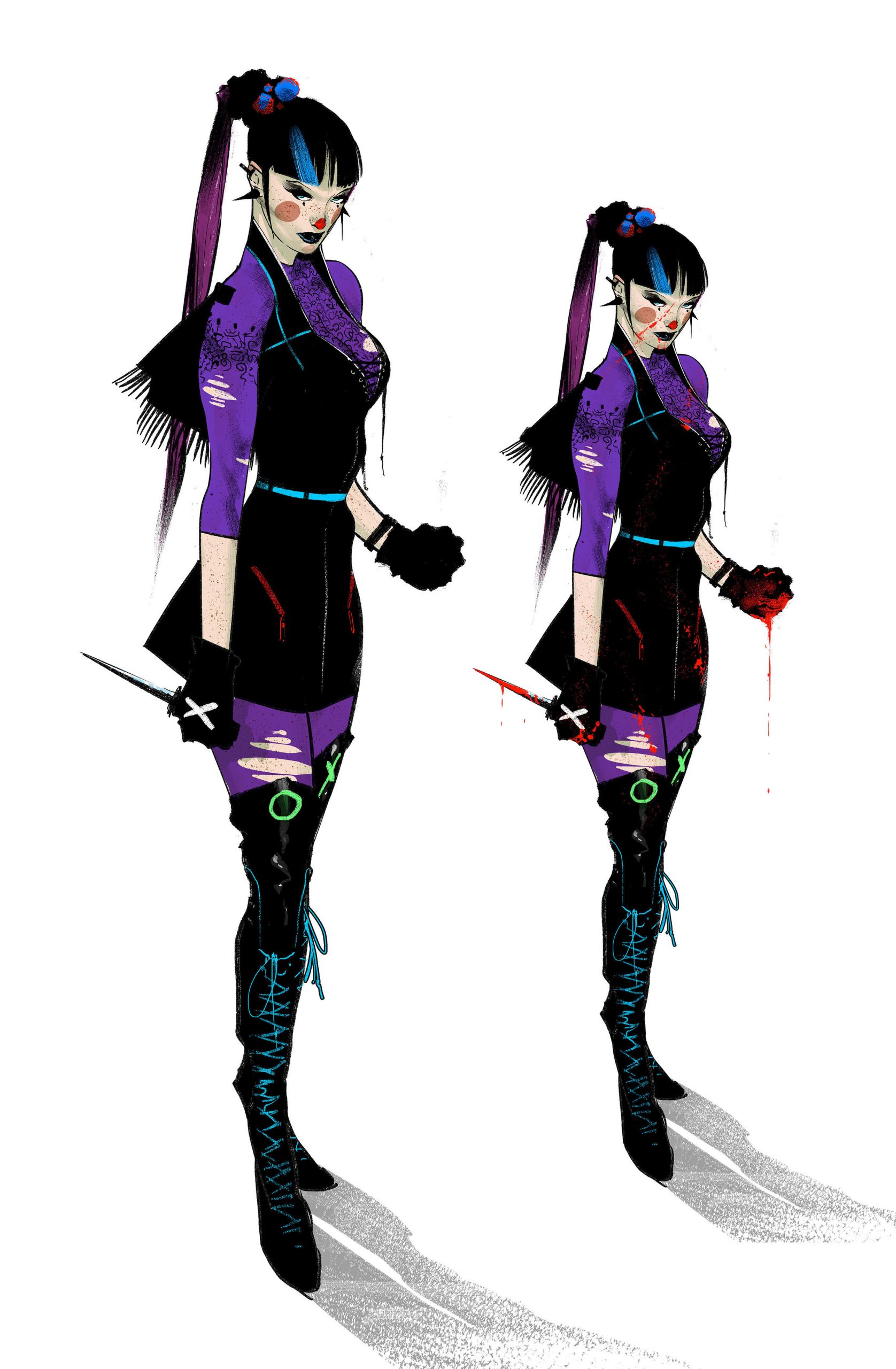 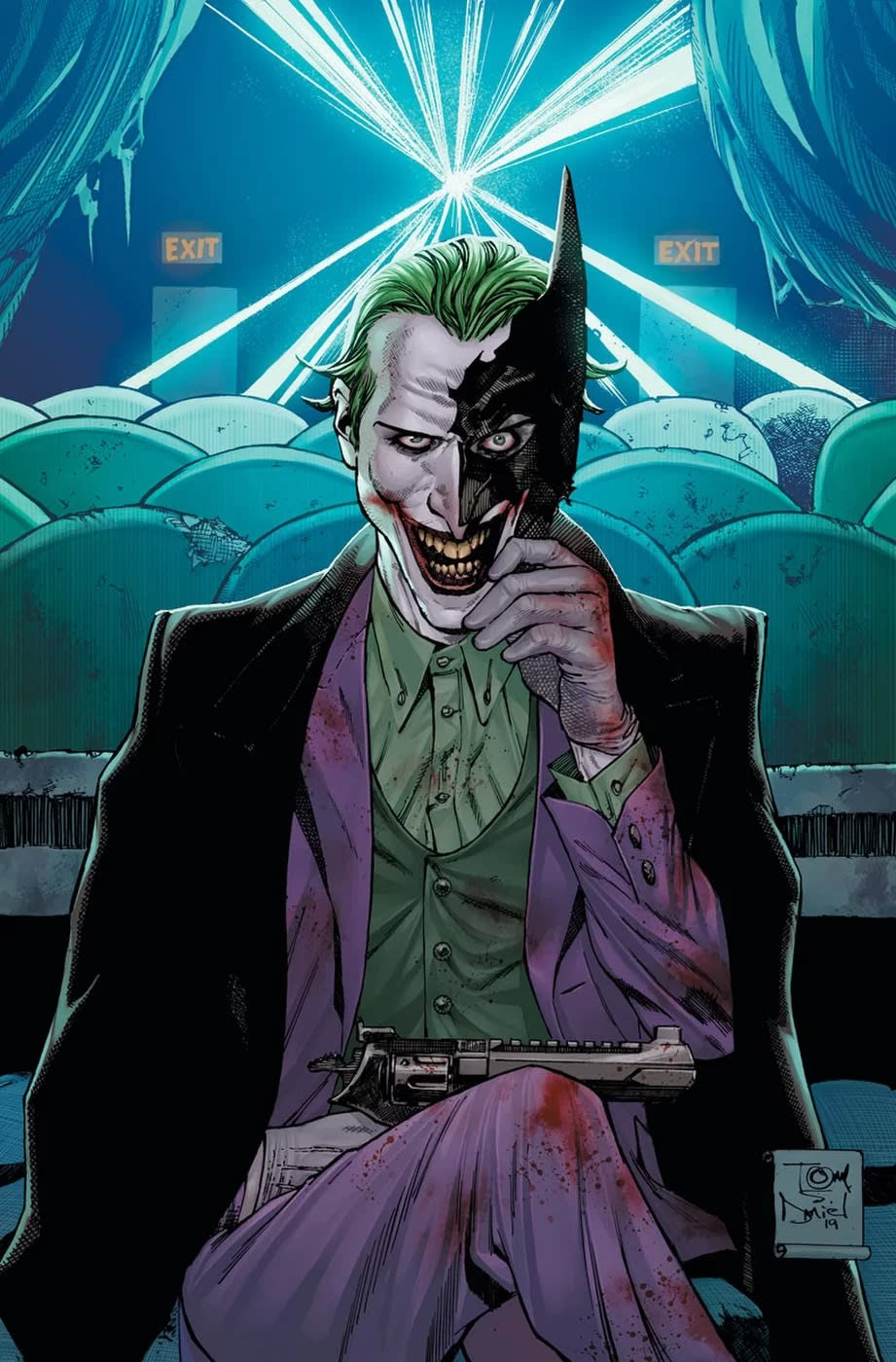 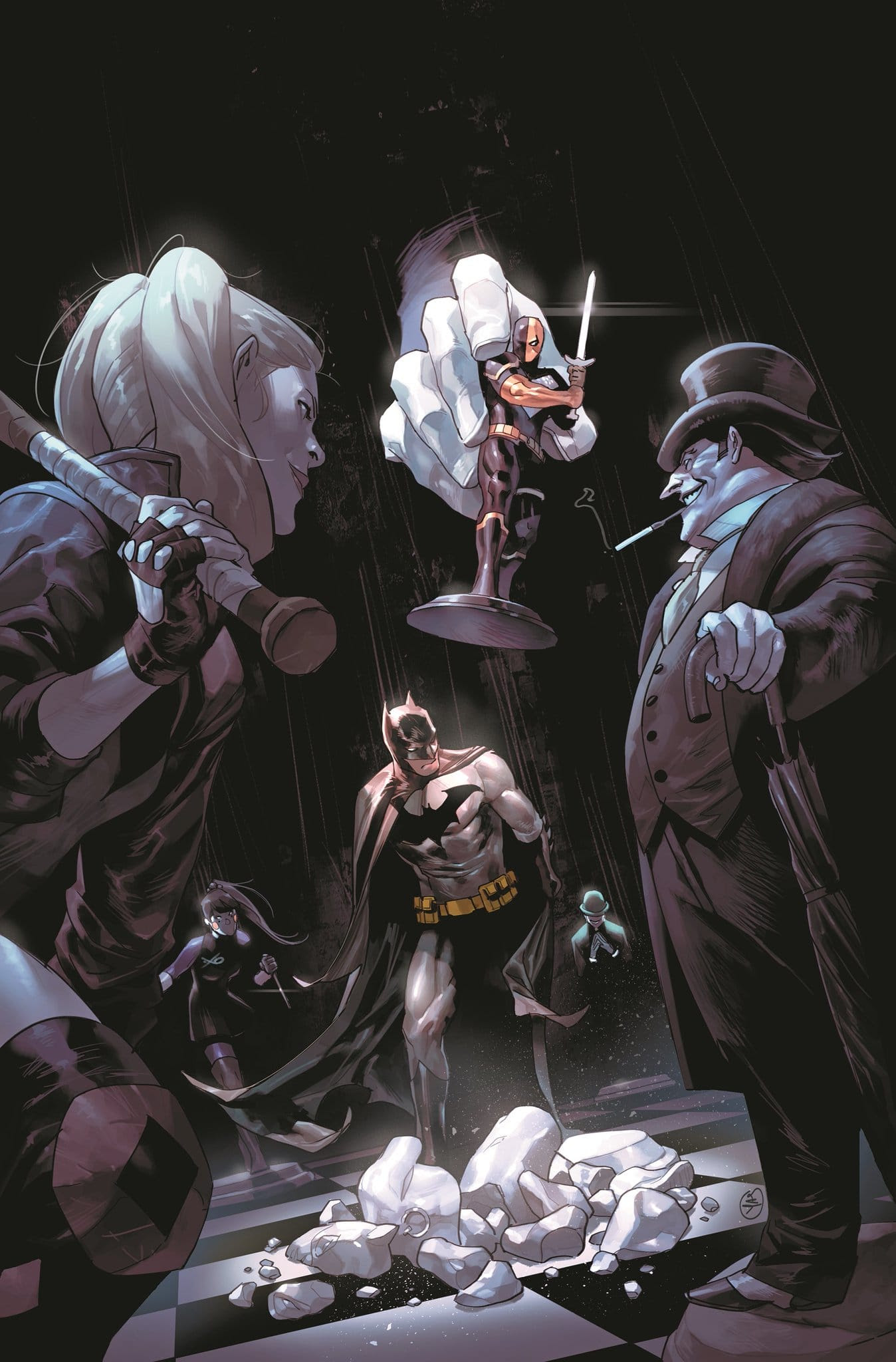 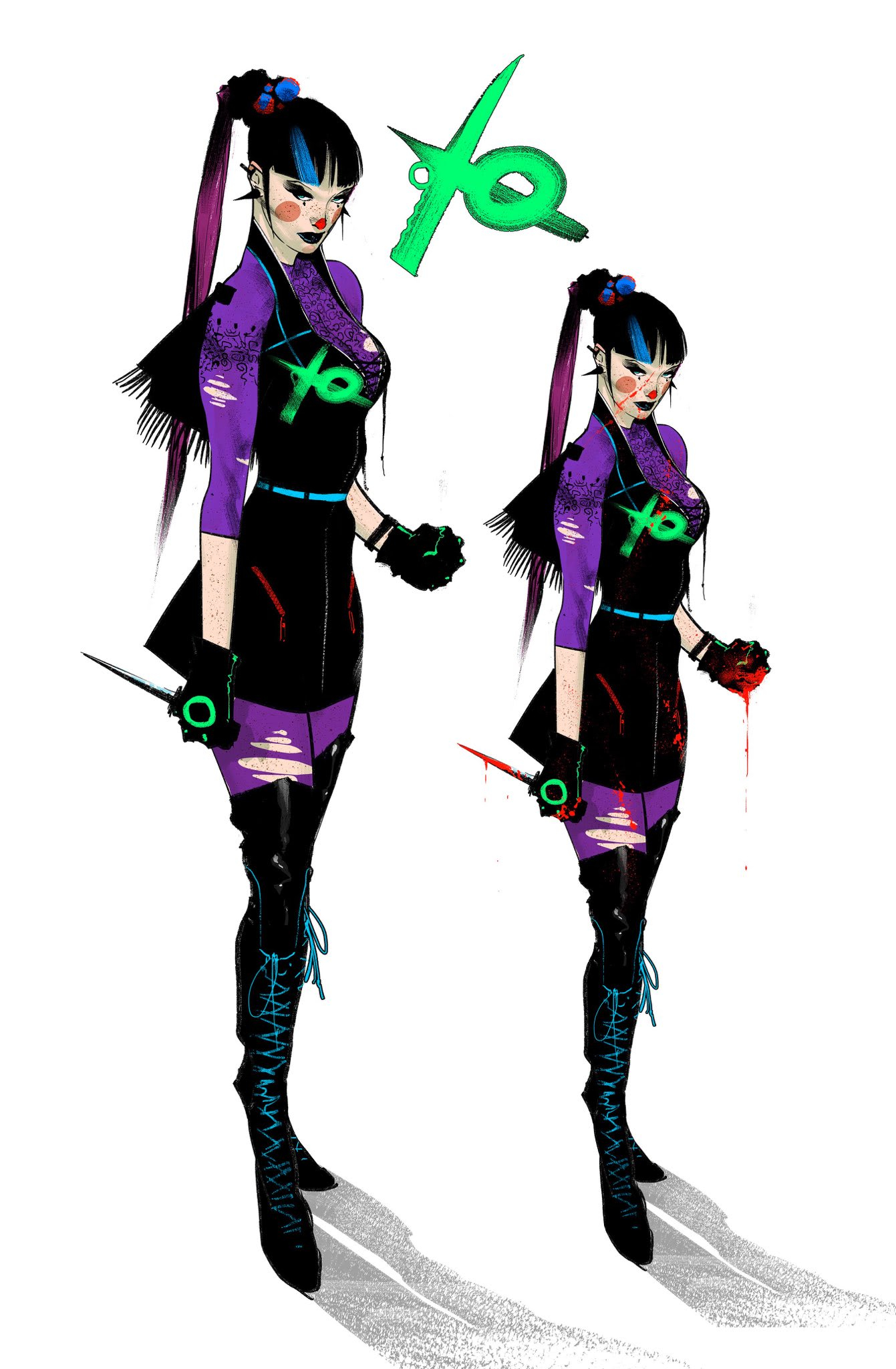 That final line not only has me excited to see this new character but also fearful. “Why does she want to stab everyone?” is a line that should bring terror to the streets of Gotham.

On the character herself, I love Jorge Jimenez’s design and the colours are striking. I really like the purple alongside the black; she has an almost Goth-like style and that’s terrific.

The O and the X on her boots and gloves really interest me and are such a nice touch, giving an even more menacing feel to the character. Let’s not forget her subtle clown makeup… in tribute to Joker perhaps?

Seeing her alongside the Clown Prince Of Crime should be interesting and I can’t wait to see her origin story. What sort of relationship will she have with Joker? Will she put up with his bull$h!+?

I have no doubt that there will be comparisons with Harley Quinn, specifically the ‘abusive’ relationship the characters shared and whether Punchline will go down the same route (I think not).

Either way, the answers to these questions and more will soon arrive when this new character makes her debut in the pages of Batman.

I for one cannot wait to learn her story. How about you, what are your thoughts on the look of this character,  and what would you like to see from Punchline? Let us know in the comments below.