Words that DC fans want to hear: Batwoman’s Camrus Johnson says “I want to play Batwing more than anything.” Yes, the Luke Fox actor comes out with a line that should make fans of the Batwoman TV series very happy.

Minor spoiler alert for those not up to date with Batwoman, the latest episode of the first season sees Luke out in the field for the first time.  In turn, this has people asking the question of when we might see Batwing.

Batwing is obviously a character that viewers, and comics fans, would love to see. We haven’t had any real hint that he’ll be arriving any time soon, though his first foray into to the field may well see him become ready for it.

The fans ask me about Batwing every day, every other day. I get that Batwing is an amazing character and I want to play Batwing way more than anything. He’s one of the main reasons I said yes to this show because like, “Oh my gosh, Luke Fox, yes, yes, I can play Batwing!”

It’s easy to notice that he’s excited by this possibility as he goes on:

I want little black boys to dress up as me [at] Halloween one day, that’s a big deal. That’s a huge deal — and sidebar, the only people that have recognised me in public from this show are black men, which is crazy and such a huge deal to me — so playing Batwing is huge.

However, despite all this, he is well aware that the Luke Fox character himself should be given the opportunity to grow:

The thing is, Luke Fox is also a very strong, important character. He himself is a genius, and a very heartbroken, very, very emotional dude. And he’s a good role model to little black kids himself.  So I think even though Batwing is Luke Fox, they’re two completely different people. And I think the audience needs to give Luke Fox a little bit more of a chance to shed all of his layers, shed all of his skins, we can really dive into who he is as a person, dive into how it’s okay to feel guilt and how it’s OK to work through that guilt on your own. All that stuff. 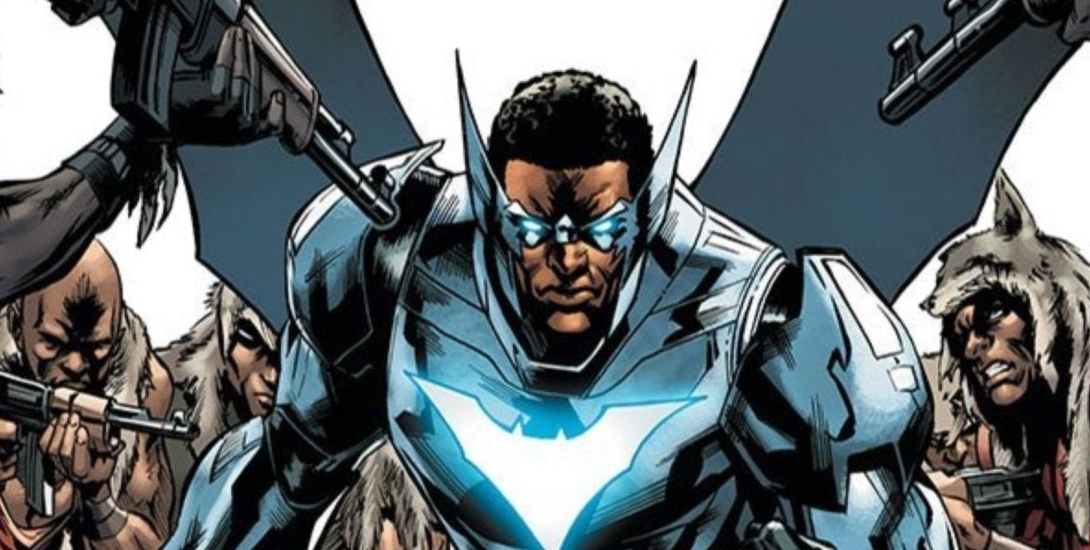 I appreciate this and agree with what he says about the Luke Fox character. Johnson also believes that Batwing shouldn’t arrive until he’s ready for it, as he’s aware that Luke still needs to…

…work his way and earn the suit… because if we get Batwing too soon, then not only do we lose a lot of our chances to learn more about Luke, but we also get [there] too soon.

Hard to argue with that.  He does go on to say that he doesn’t want fans to be disappointed that Batwing ‘may’ not be seen this season.  He will, at some point, be a part of the Batwoman show.

What does everyone out there think? Are you eager to see Batwing in the show? Let us know your thoughts below.