After teases, tasters and tantalising tidbits (plus a few outlandish theories from yours truly) DC Comics have spilled the beans! Yes, Batfans, we finally have some real info regarding this summer’s blockbuster Dark Nights: Death Metal!

Here’s the full press release, and some amazing art, too!

for a Bigger, Louder, and Faster Sequel to their Headbanging 2017 Series

DC will give readers what they want this summer—bigger, louder, faster, and “metal-er“—as the publisher announced its plans for Dark Nights: Death Metal, the sequel to the smash-hit 2017-18 series Dark Nights: Metal, which brought widespread changes to the DC universe and introduced fans to the Dark Multiverse and a runaway-hit villain, the Batman Who Laughs.

A new Dark Nights: Death Metal series means an encore for the original team of hardcore headbangers: the bestselling team of writer Scott Snyder and artist Greg Capullo, along with inker Jonathan Glapion and colorist FCO Plascencia. Issue #1 of this six-issue miniseries hits comic book stores and online retailers on May 13, 2020. The series will also include several “Metalverse” one-shots throughout the summer months, expanding the vast world created by the Death Metal storyline.

“I’ve been waiting to do this story since we finished Dark Nights: Metal,” said Snyder. “As much as it was a complete event, we left some threads hanging there for sure. I’d hoped that if people liked the first series enough, we’d have a chance to set up something bigger, and that’s our plan for Death Metal.” 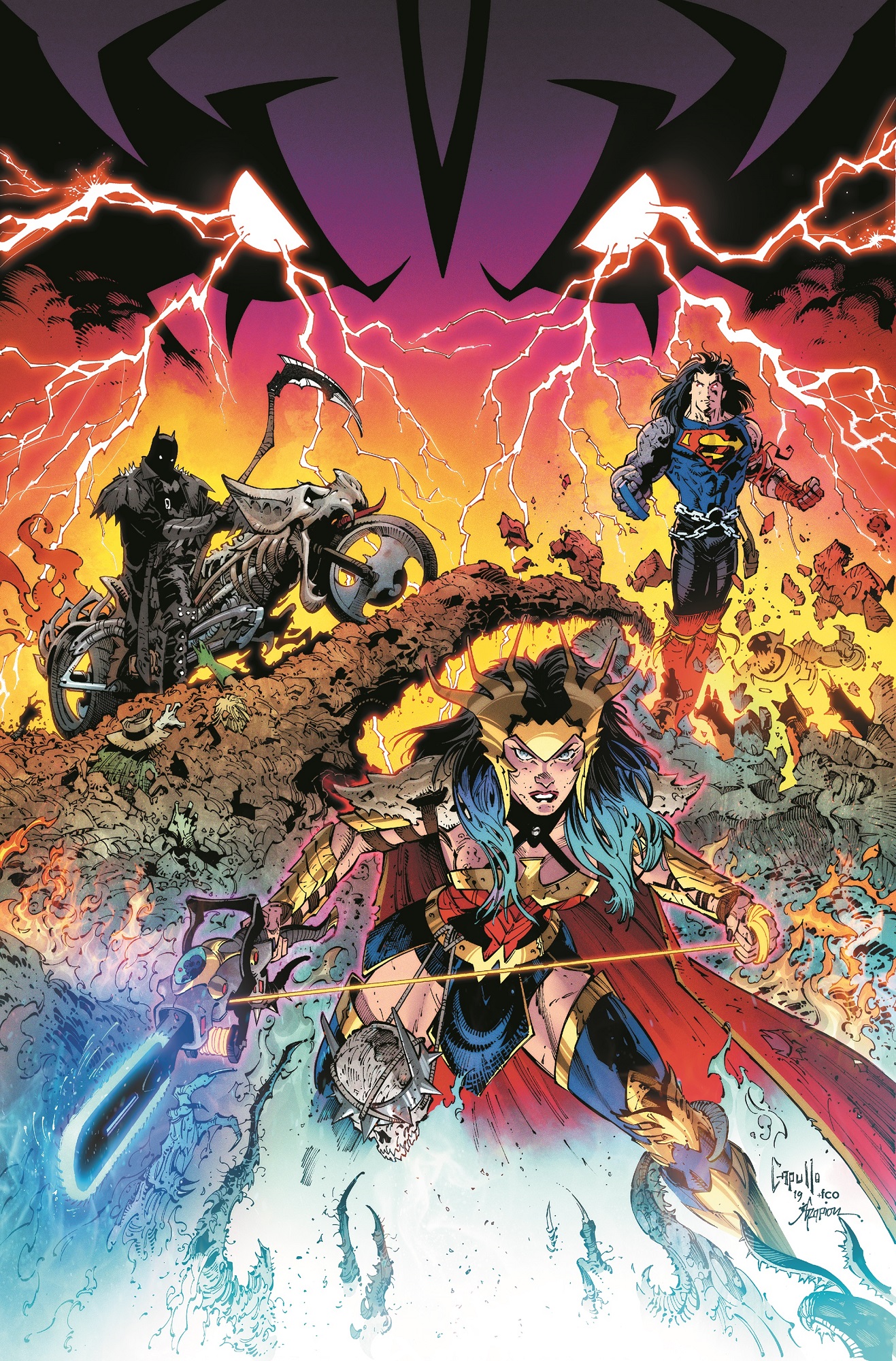 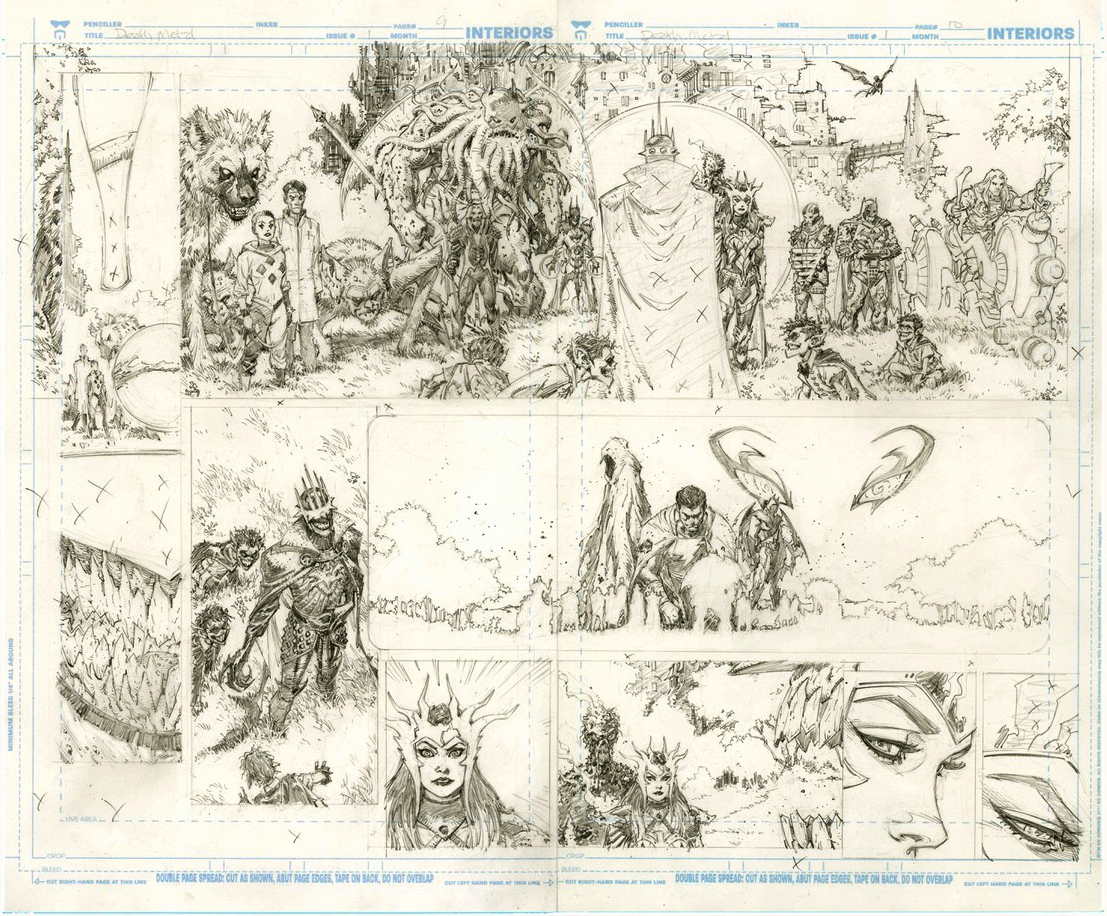 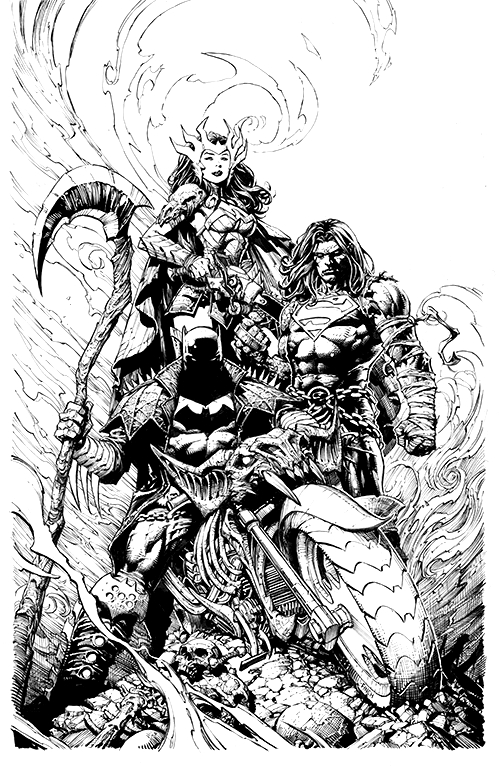 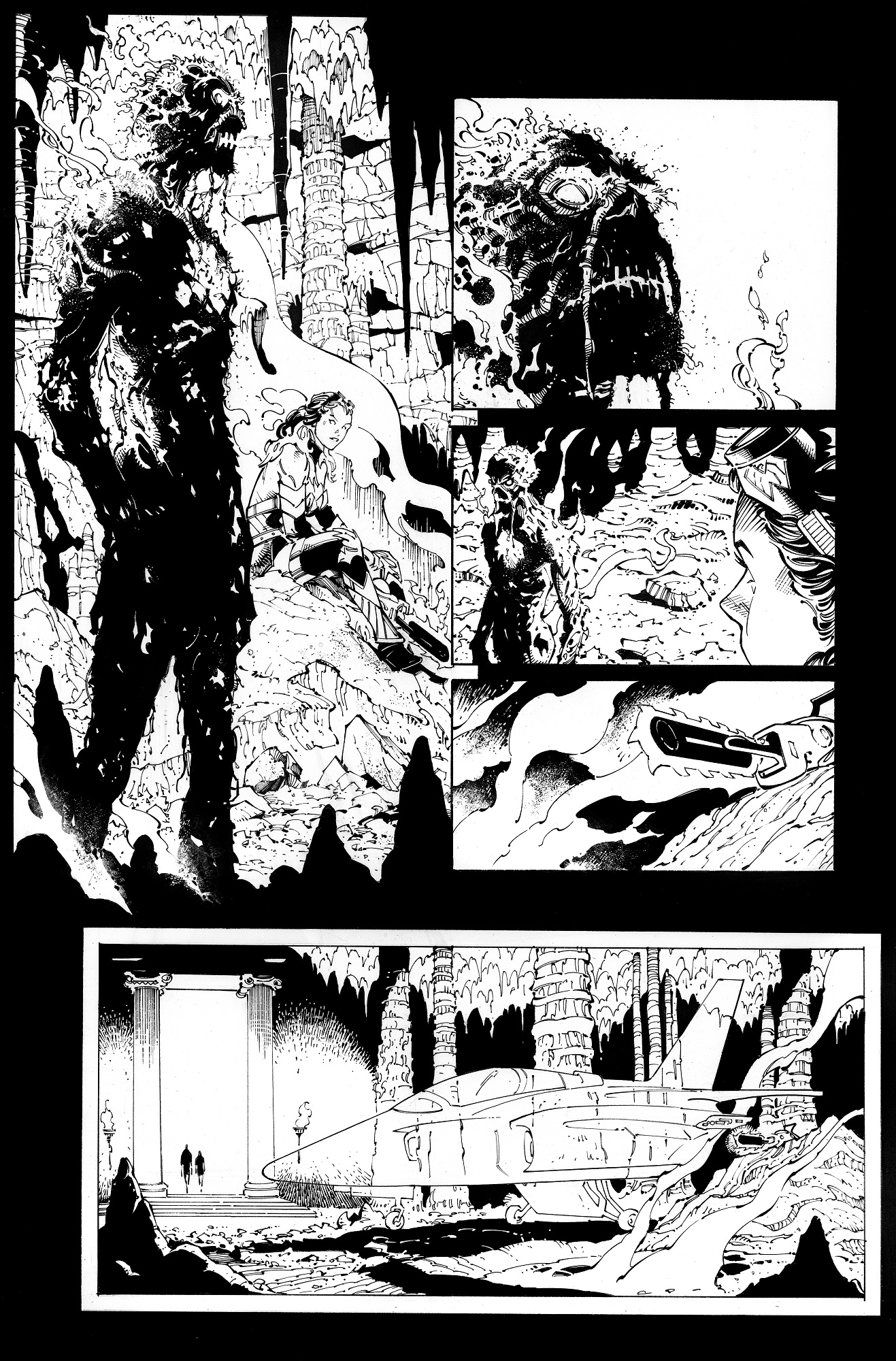 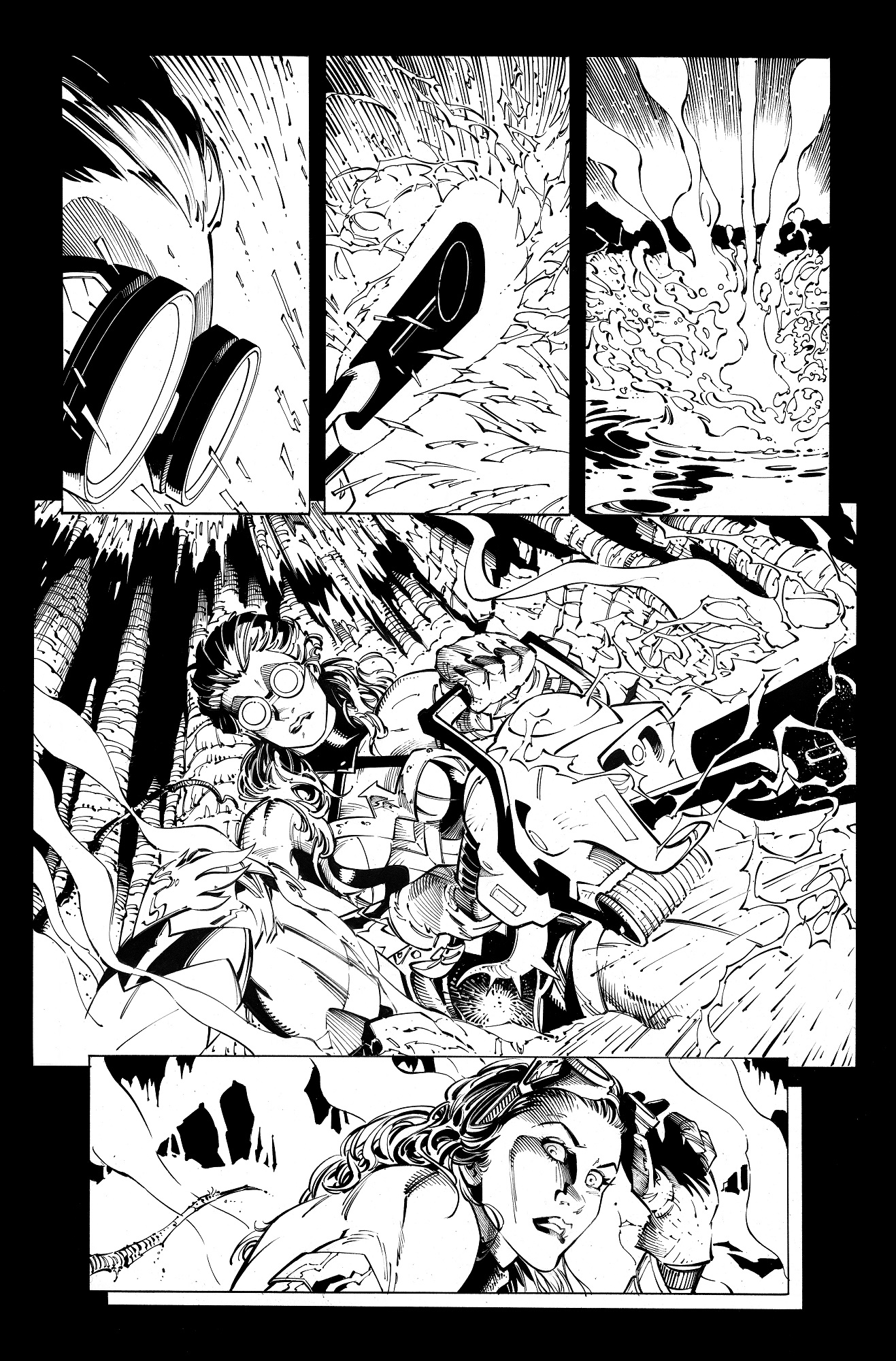 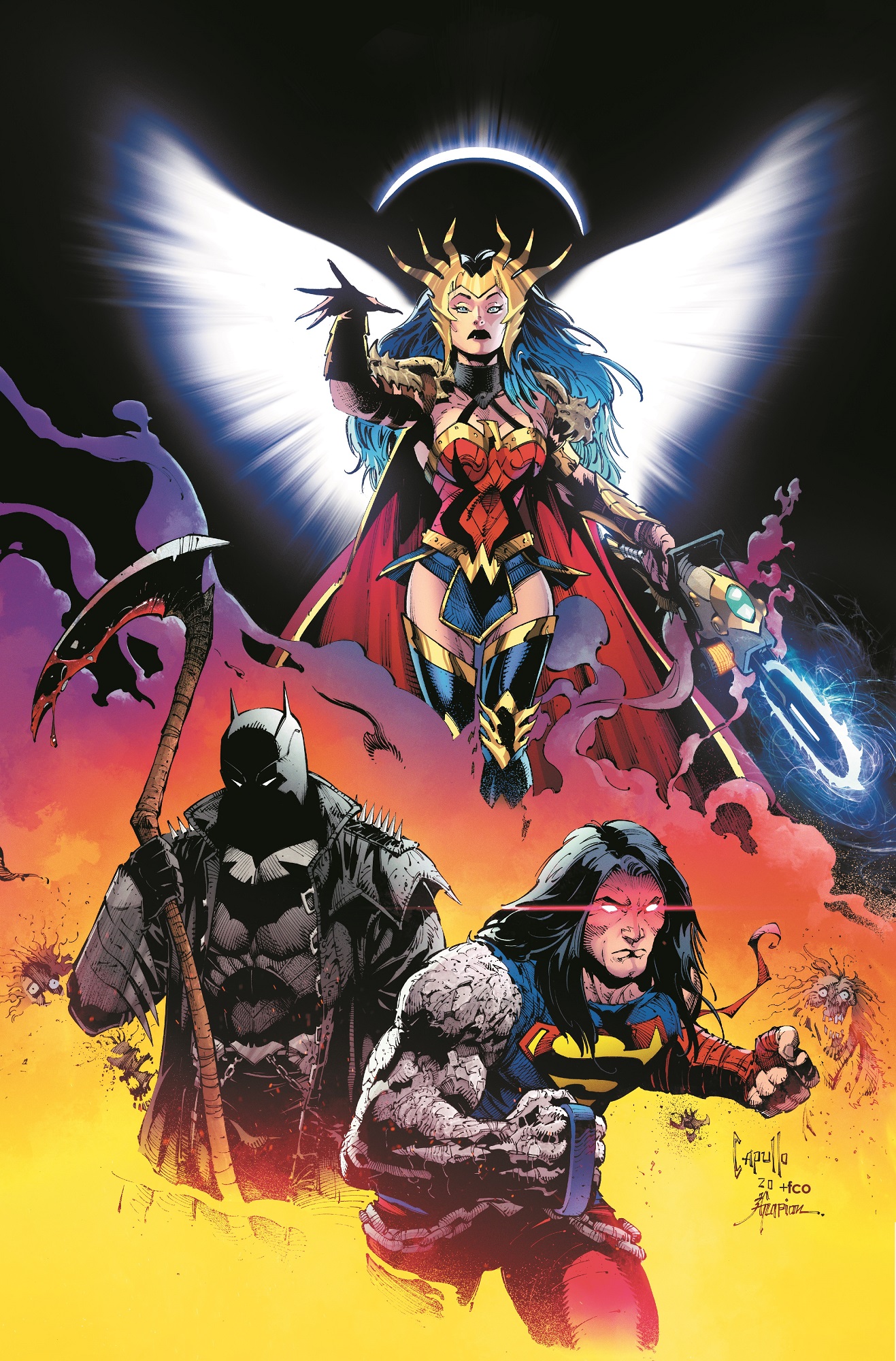 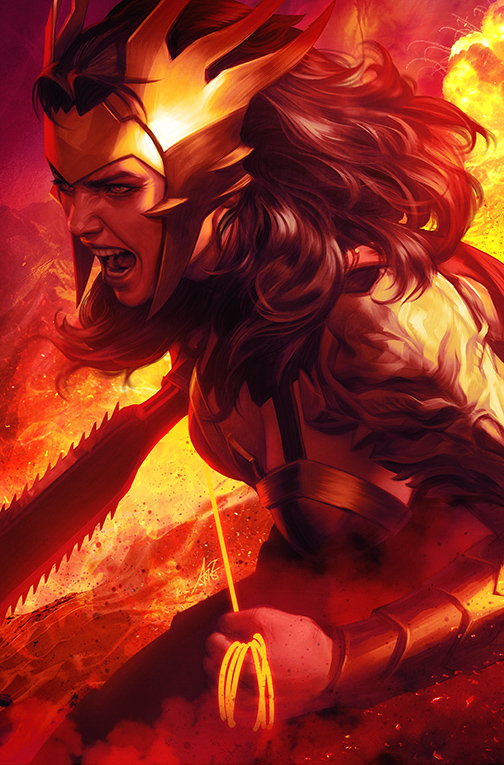 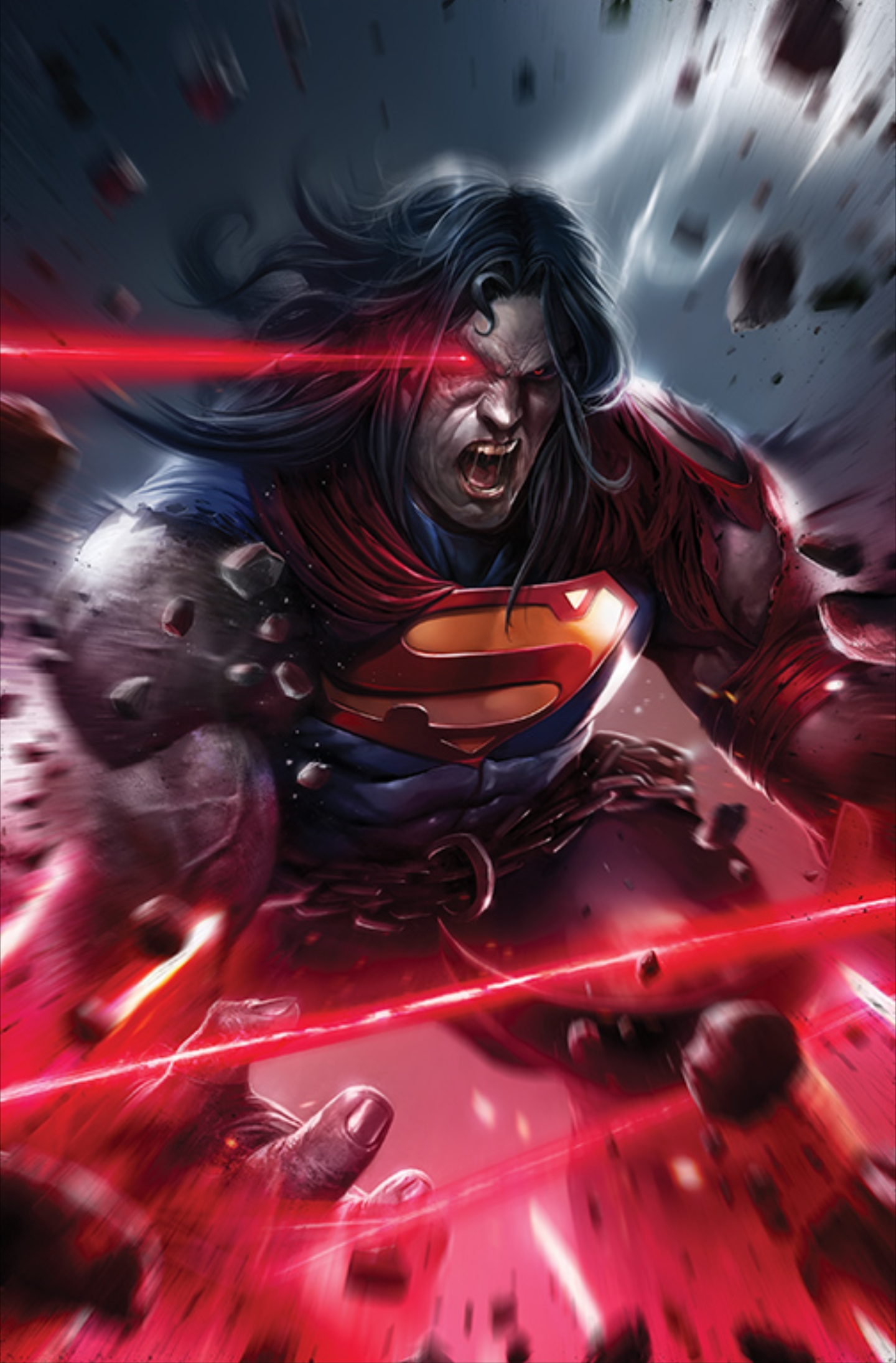 “For all of us, Dark Nights: Death Metal is about the fun factor,” adds Capullo. “Comics should be fun, bombastic, and over-the-top. This series is going to be exciting and jam-packed with great ‘metal-esque’ moments that will make fans lose their minds when they see them.”

This new series spins out of the events of Scott Snyder’s Justice League run and the Year of the Villain: Hell Arisen miniseries by James Tynion IV. The Earth has been consumed by Dark Multiverse energy, having been conquered by the Batman Who Laughs and his evil lieutenants, corrupted versions of Shazam, Donna Troy, Supergirl, Blue Beetle, Hawkman, and Commissioner Jim Gordon. Some heroes, like Wonder Woman and the Flash, have made compromises as they negotiate to keep humanity alive in this hell-born landscape. Others, like Batman, are part of an underground resistance looking to take back control of their world. Superman is imprisoned, cursed to literally power Earth’s sun for eternity.

But a mysterious figure provides Wonder Woman with vital information she might be able to use to rally Earth’s remaining heroes to resist the Batman Who Laughs. Can The Justice League break away from the Dark Multiverse and defeat Perpetua?

“Dark Nights: Metal was an absolute game-changer for DC,” said DC SVP and editor-in-chief Bob Harras. “It was a crazy roller-coaster ride that gave us not only the Batman Who Laughs, but a story that was so crazy over-the-top, it kept our readers on the edge of their seats with every issue, and I expect Scott, Greg, FCO, and Jonathan will tell a story with even higher stakes, and definitely more Joker dragons!”

Dark Nights: Death Metal is a six-issue monthly series with issues #1-3 shipping in May, June, and July, then resuming in September, October, and November. Issue #1 will be available in comic book stores and participating online retailers on Wednesday, May 13, 2020. For more information on the World’s Greatest Super Heroes, visit www.dccomics.com, the DC YouTube channel, or follow @DCComics and @TheDCNation on social media.

I adored Dark Nights: Metal, so am incredibly excited to see the craziness continue. Comics should be fun and full of action and excitement. We all have to grow old, but that doesn’t mean that we have to be grown up, at least not all the time.

I love Rock ‘n’ Roll, so save up all your dimes for Death Metal, baby!