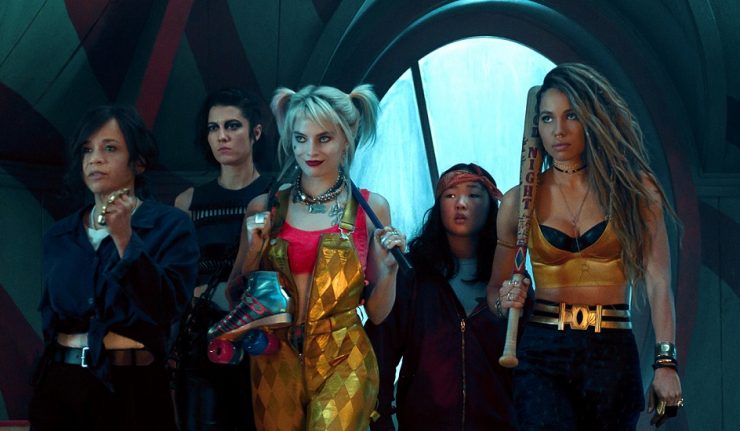 Oh, Harley… how we have seen you grow – both in the comics, and now on-screen!

Birds of Prey and the Fantabulous Emancipation of One Harley Quinn (I almost think that this could be a Quentin Tarantino title) looks like it’s going to be a rocket ride of violence and fun… though maybe not in that order! It also looks like a “control-alt-delete” sequence to how Harley was set up in Suicide Squad. Setting Margot Robbie’s Harley Quinn free from Jared Leto’s tattooed Joker really works. Having Harley strike out on her own, and then team up with some other major female DC characters, is a good idea, and the cast is solid.

Director Cathy Yan is bringing a lot of “eye-candy” in terms of explosions, set designs and costumes.. Of course, trailers can be deceptive, but I have a feeling that DC knows it has a hit on its hands with Margot Robbie’s portrayal of Harley… and her Hyenas, I Love those things!

I think that many are operating under the paradigm that all of this has to be connected in the DC/Warner Bros. universes, but it really doesn’t. Sure…this movie may have some back story from Suicide Squad, but like the comics, this Birds of Prey should be able to stand on its own two…. legs… talons… what do birds stand upon?

Oh, Harley… now where are the Joker and Batman that need to exist in her universe?