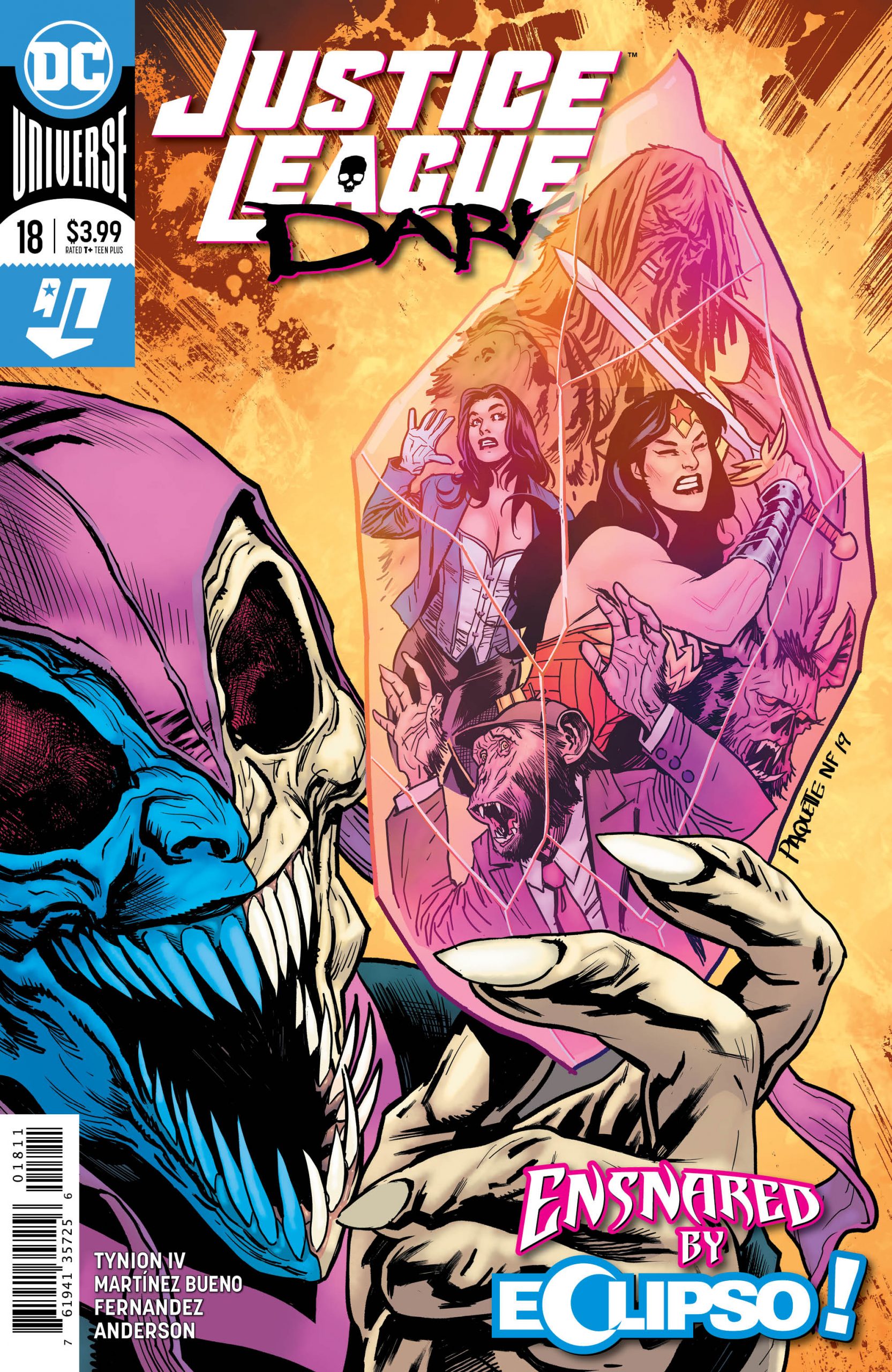 Justice League Dark #18 is a parcel that’s just chock-full of surprises, revelations… and one huge blast from the past. Here be dragons! Not only has Wonder Woman had her body hijacked by Circe, but her spirit-self is being courted by the Upside Down Man. While all this is going on Solomon Grundy, Klarion and Papa Midnite have joined Circe’s attack on the Hall Of Justice, on a mission of their own.

One of my favorite things about reading anything written by James Tynion IV is the fact that he’s as big a comics fan-boy as I am. His love of comic-books, classic stories and characters from the 80s and 90s is evident, but in the latest issue of JL Dark he’s entered the 21st Century in a big way. For those who may still be fairly new to comics, that horrible dragon skeleton witnessed in the depths of the Hall Of Justice has a great back-story. 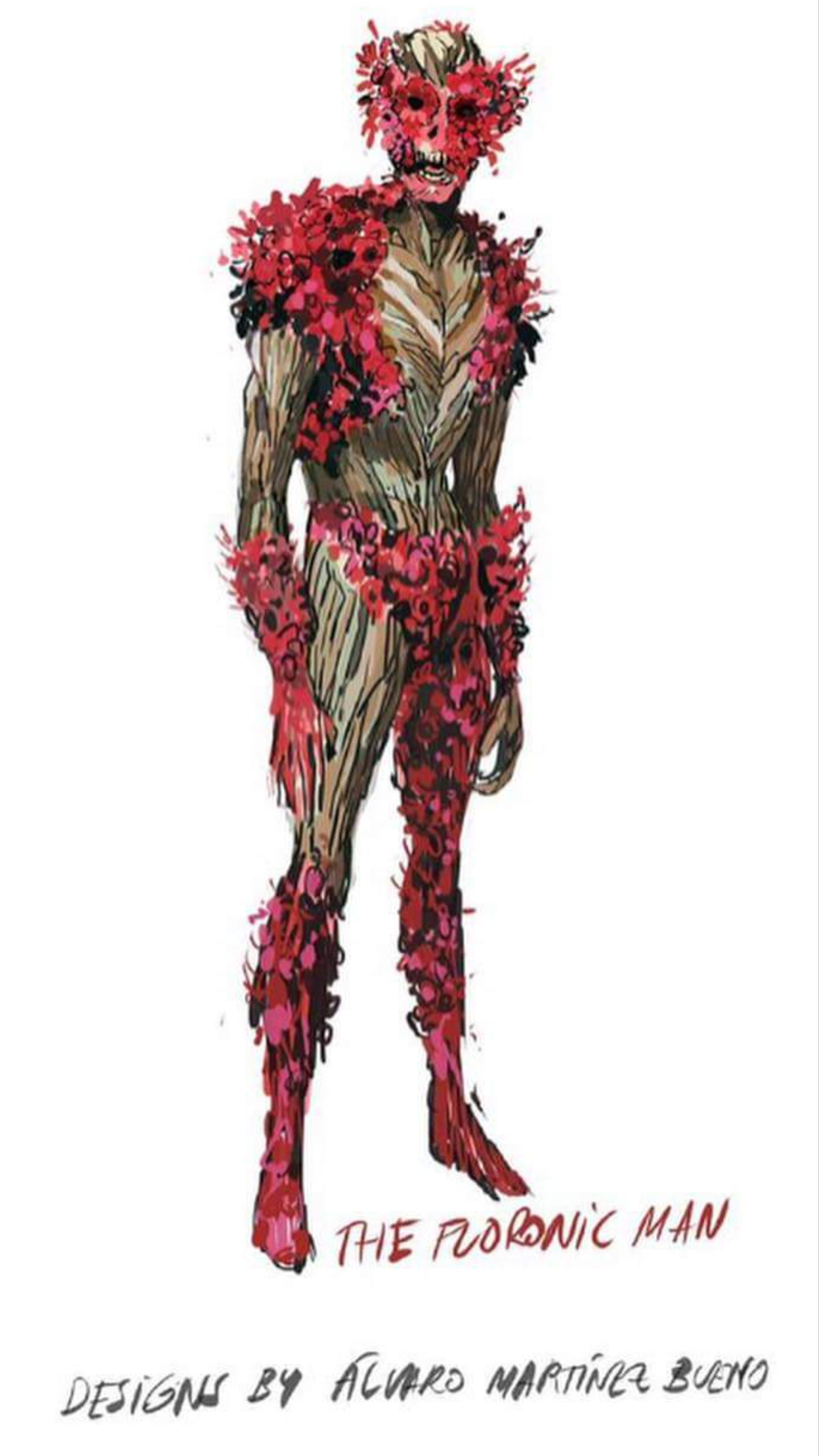 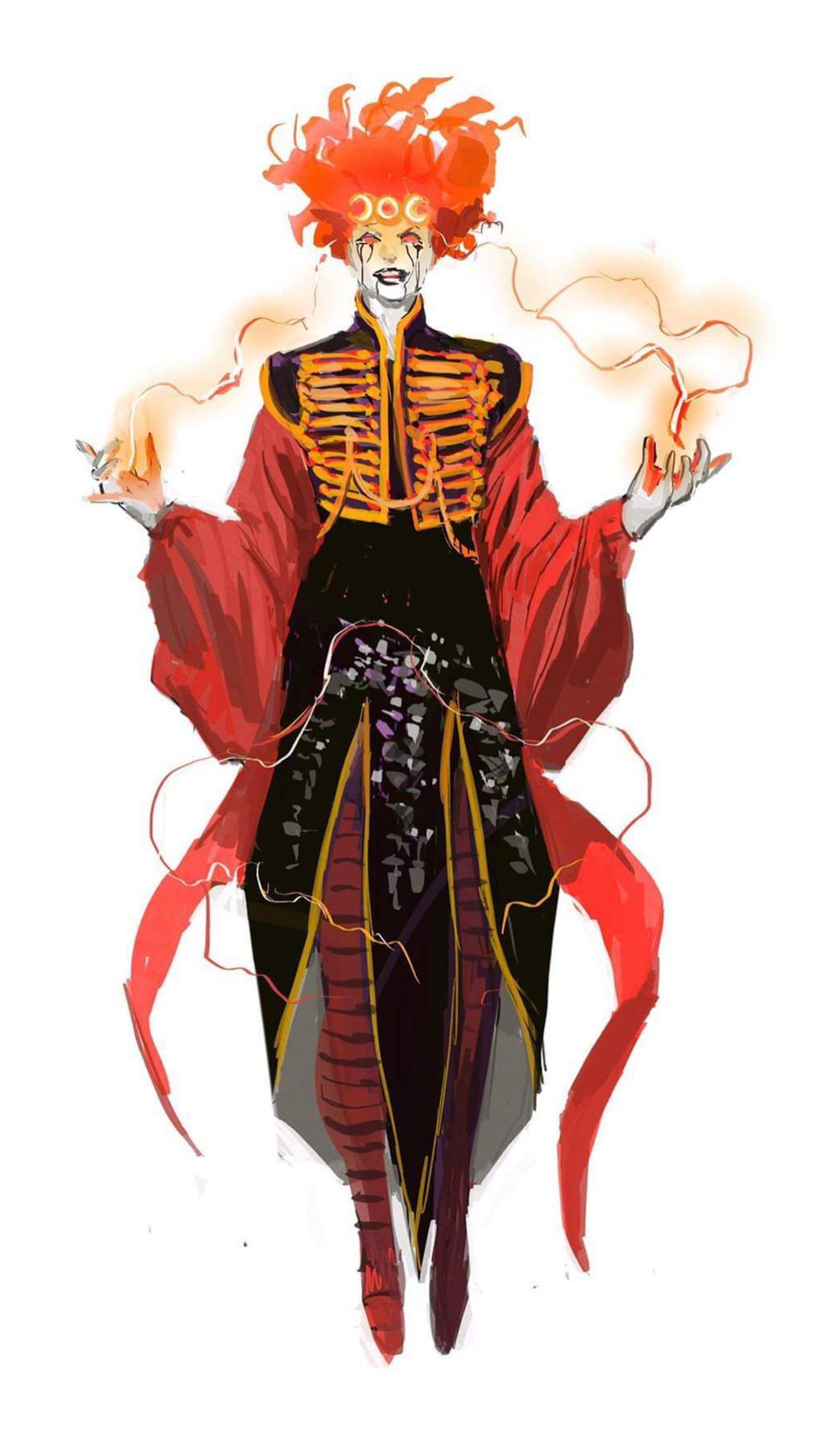 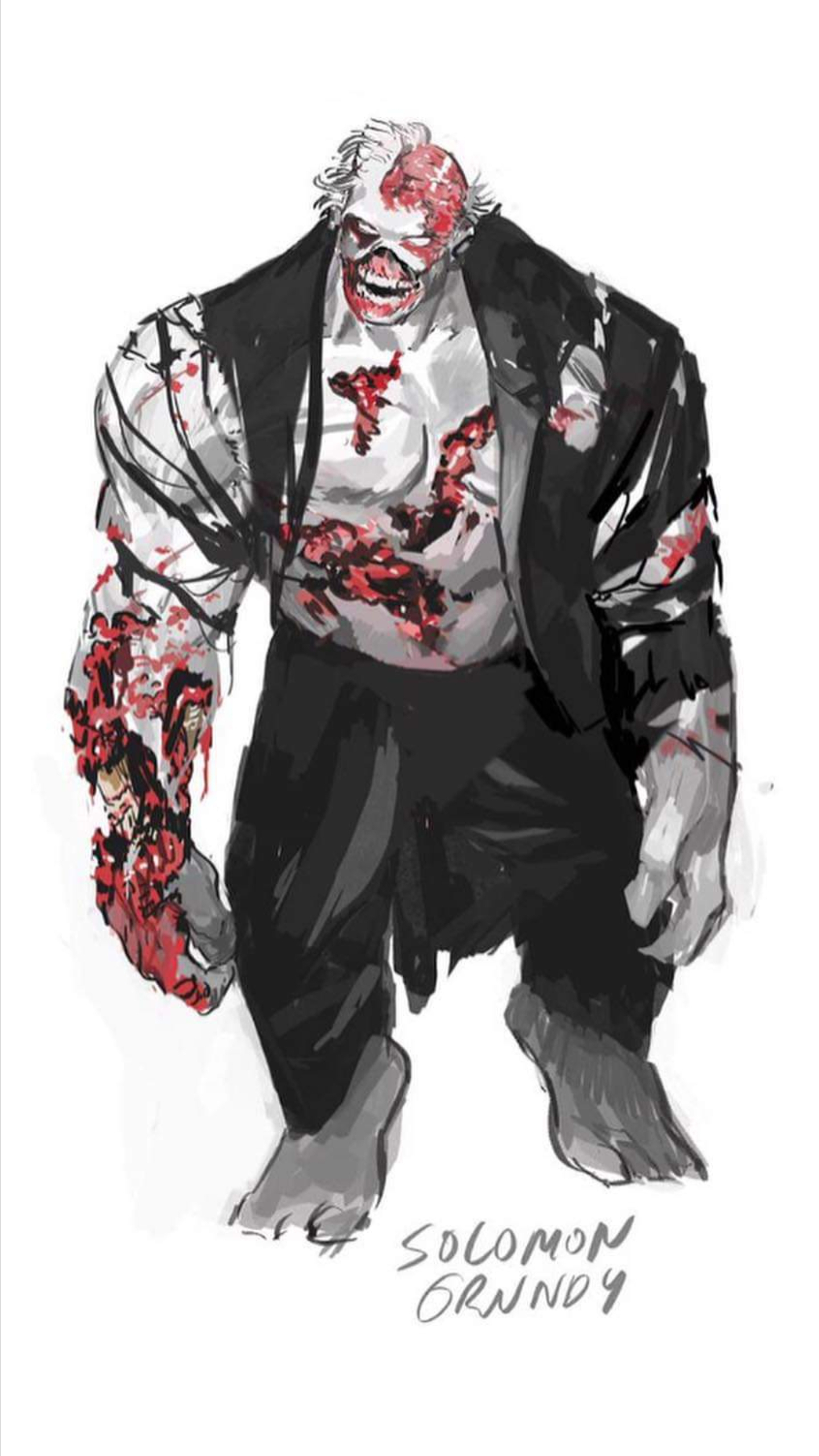 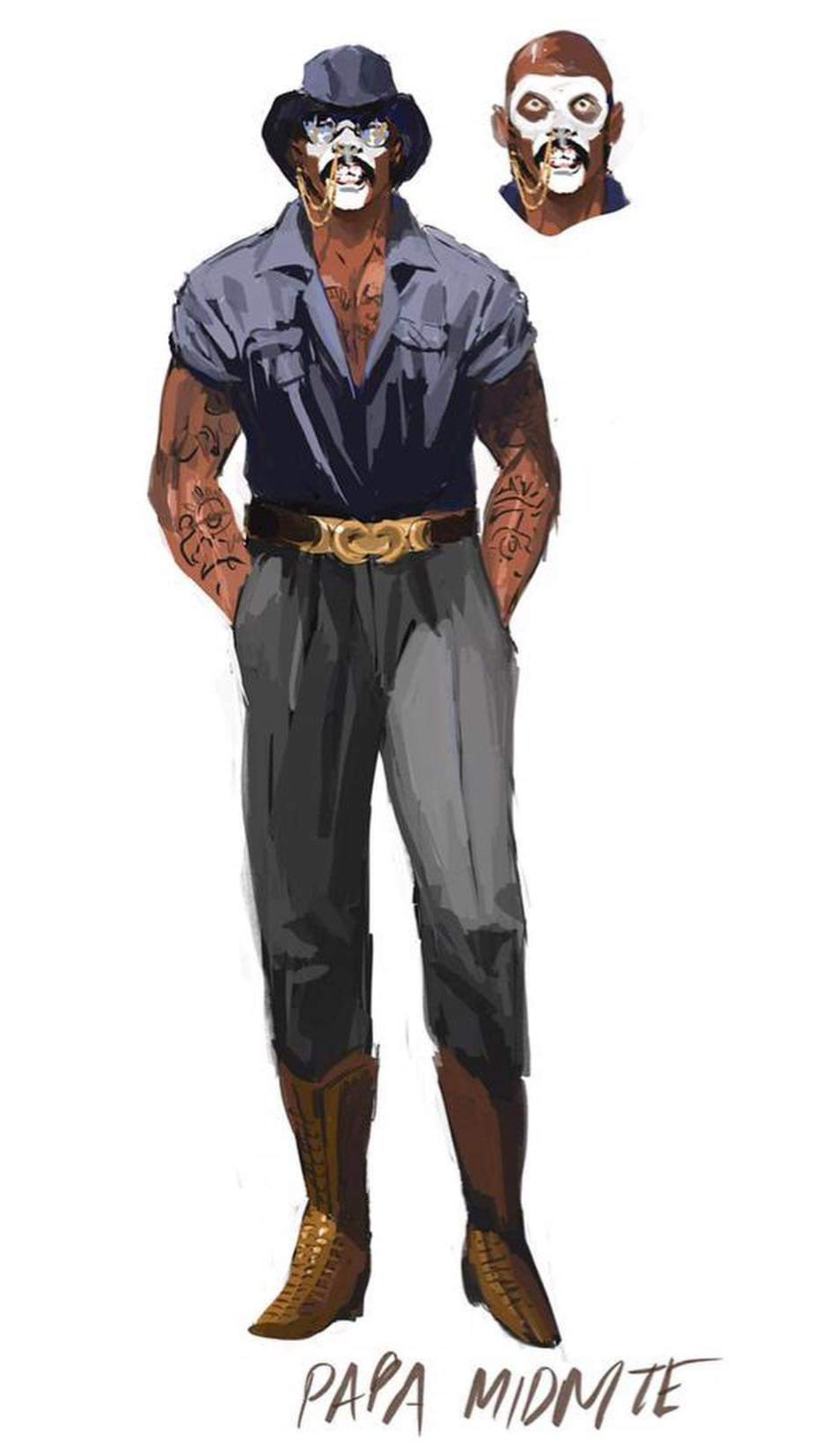 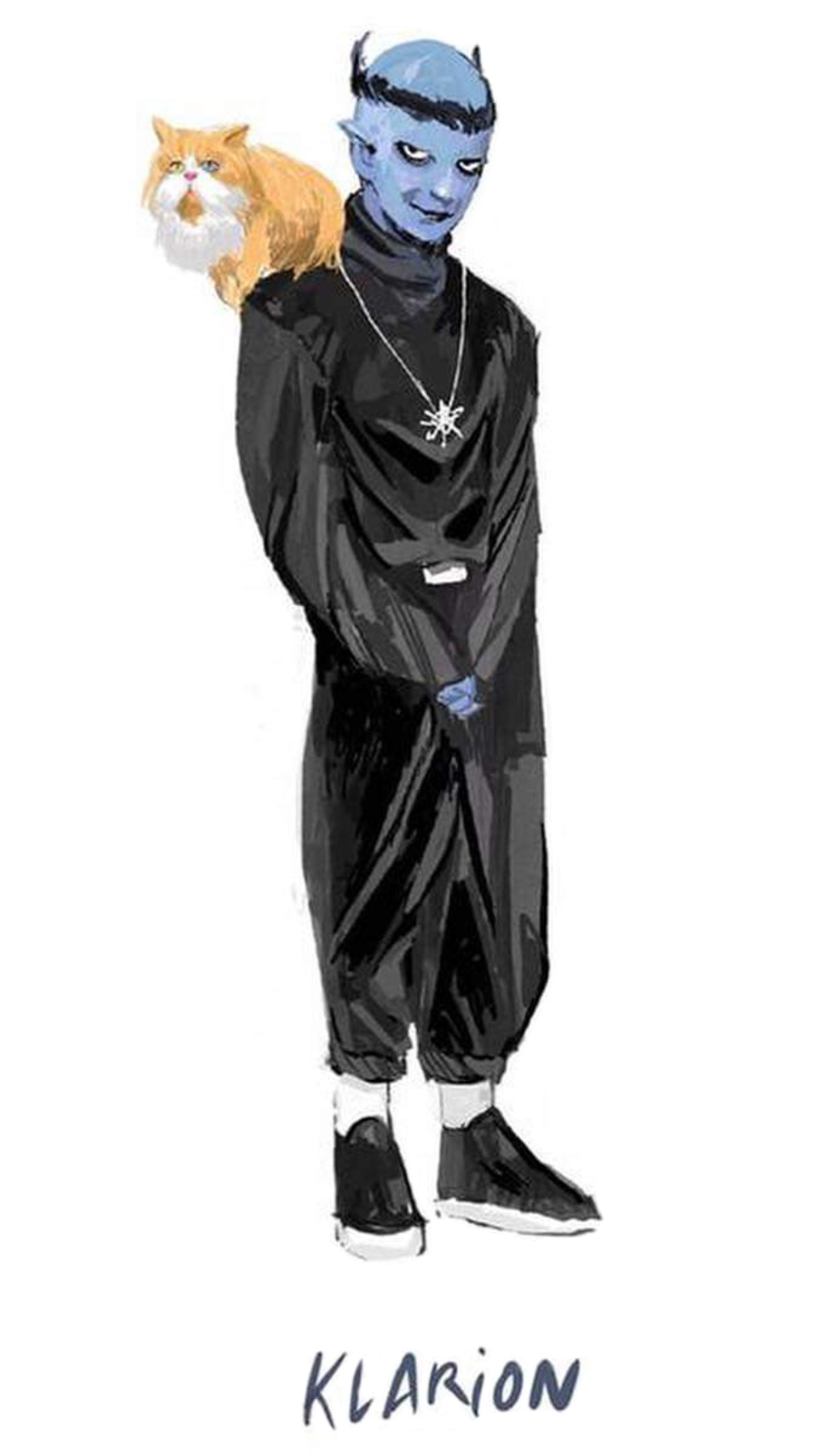 Back in 2000 the brilliant Christopher Moeller wrote and painted the stunning graphic novel JLA: A League Of One. Many people harp on about the fact that Batman has files on all of the League’s weaknesses, to give him ways of taking them down out if they ever go bad, it seems that they’ve forgotten that Wonder Woman actually DID take out the league herself once, in order to defeat this dragon.

Drakul Karfang was prophesied to bring down and destroy the Justice League. To protect her comrades Diana incapacitated her tram-mates, or sent them away. She figured that if she took the dragon on and defeated it by herself, she could save the rest of the league. In Justice League Dark #18 Karfang is back, and out for Wonder Woman’s blood.

JLA: A League Of One is a terrific Wonder Woman/Justice League story, and highly recommended. You can read the first 30 pages by following this link. My best advice, though, is to go out and buy it.

Once again DC’s Fantastic Four: Álvaro Martínez, Raül Fernandez, Brad Anderson and Rob Leigh, have united to deliver a jaw-droppingly gorgeous comic. Undead monster men, a chimp, wizards, warlocks, spirits and earth elementals reside in this pages, and rarely have they been more vividly, or beautifully imagined. Álvaro’s pencils just astonish me every time, and Raül’s initial shock horror at seeing them, is only surpassed by his outstanding talent at finishing them with his incredible inks. This team is just awesome. 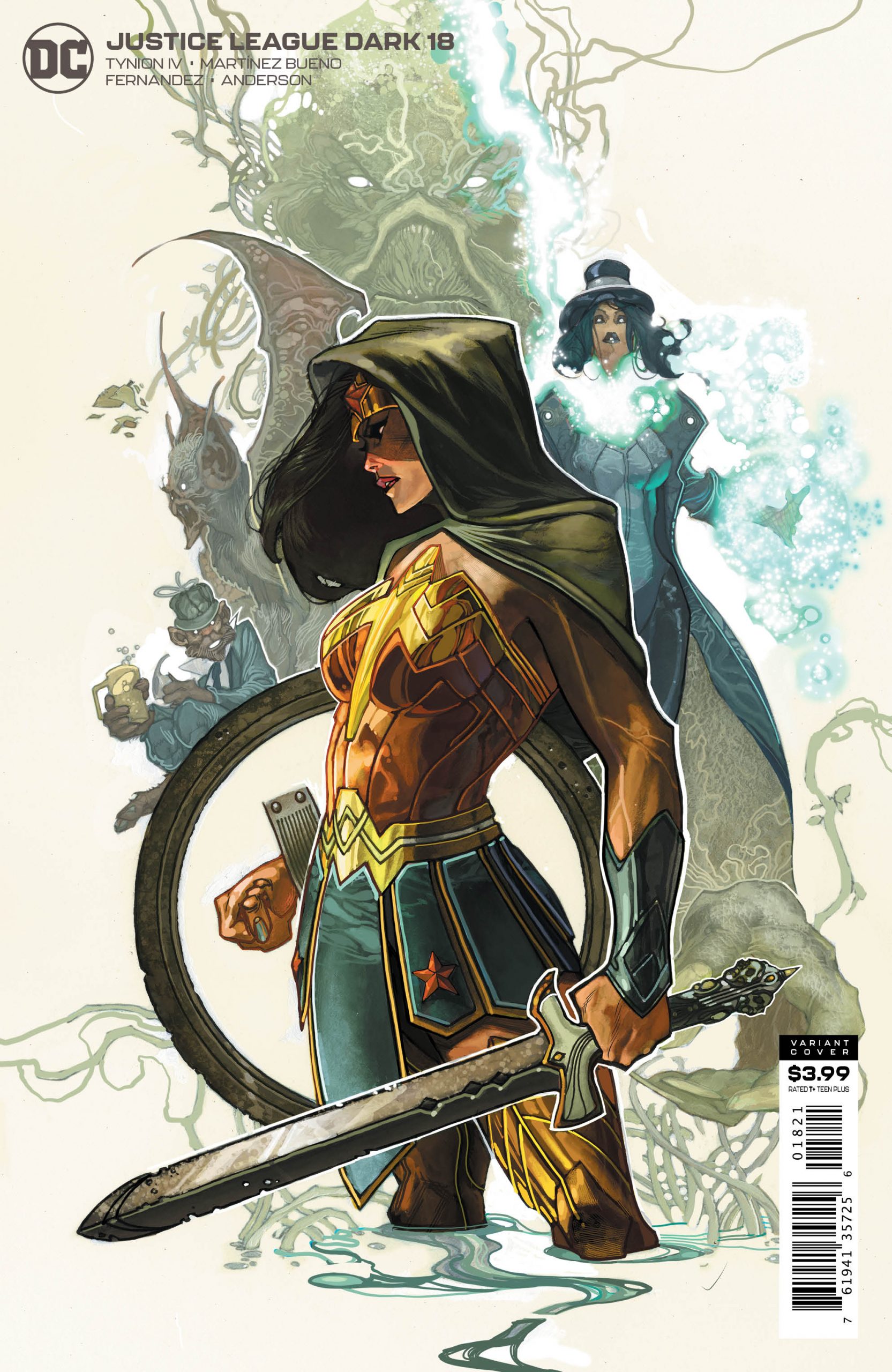 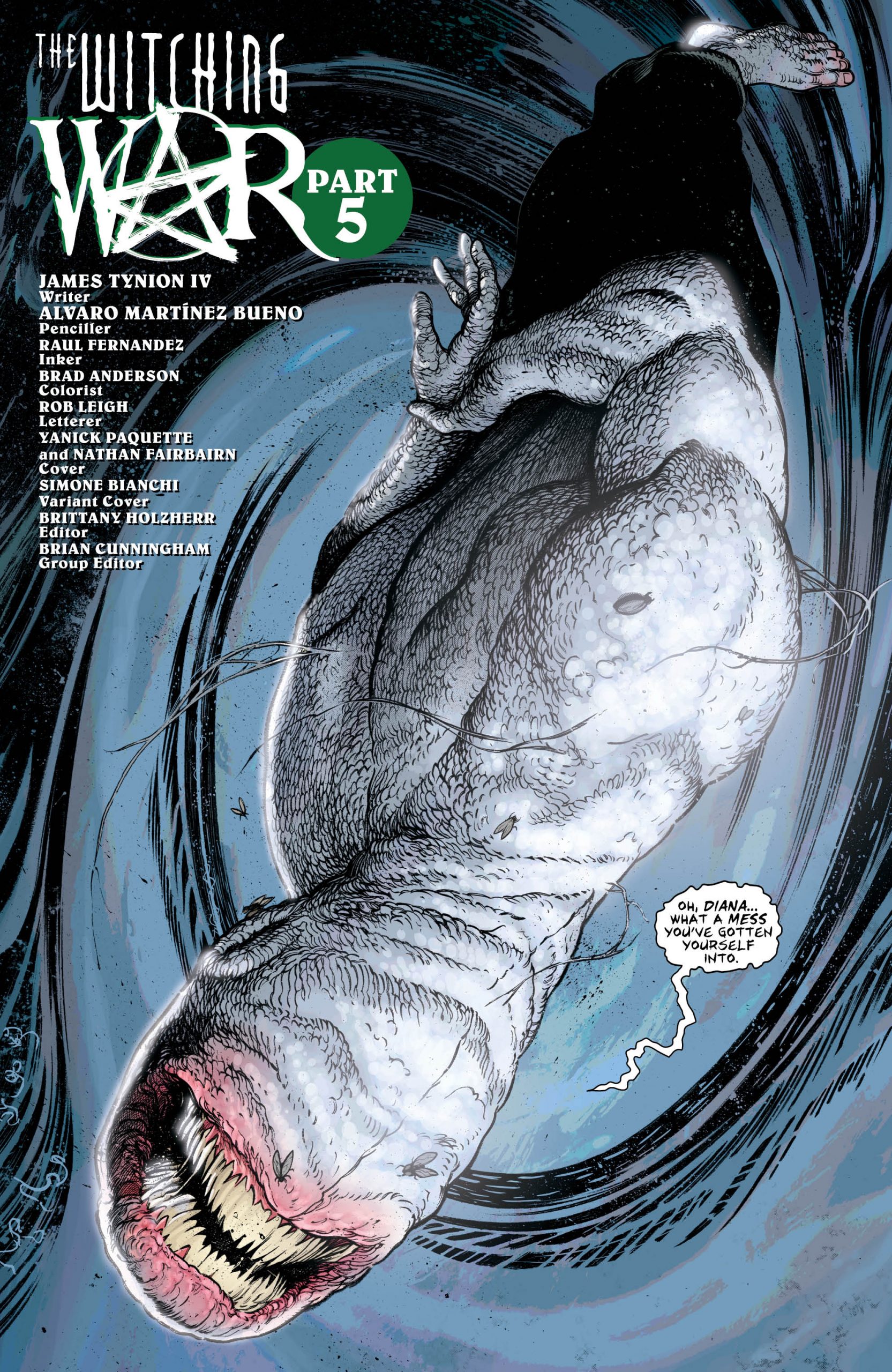 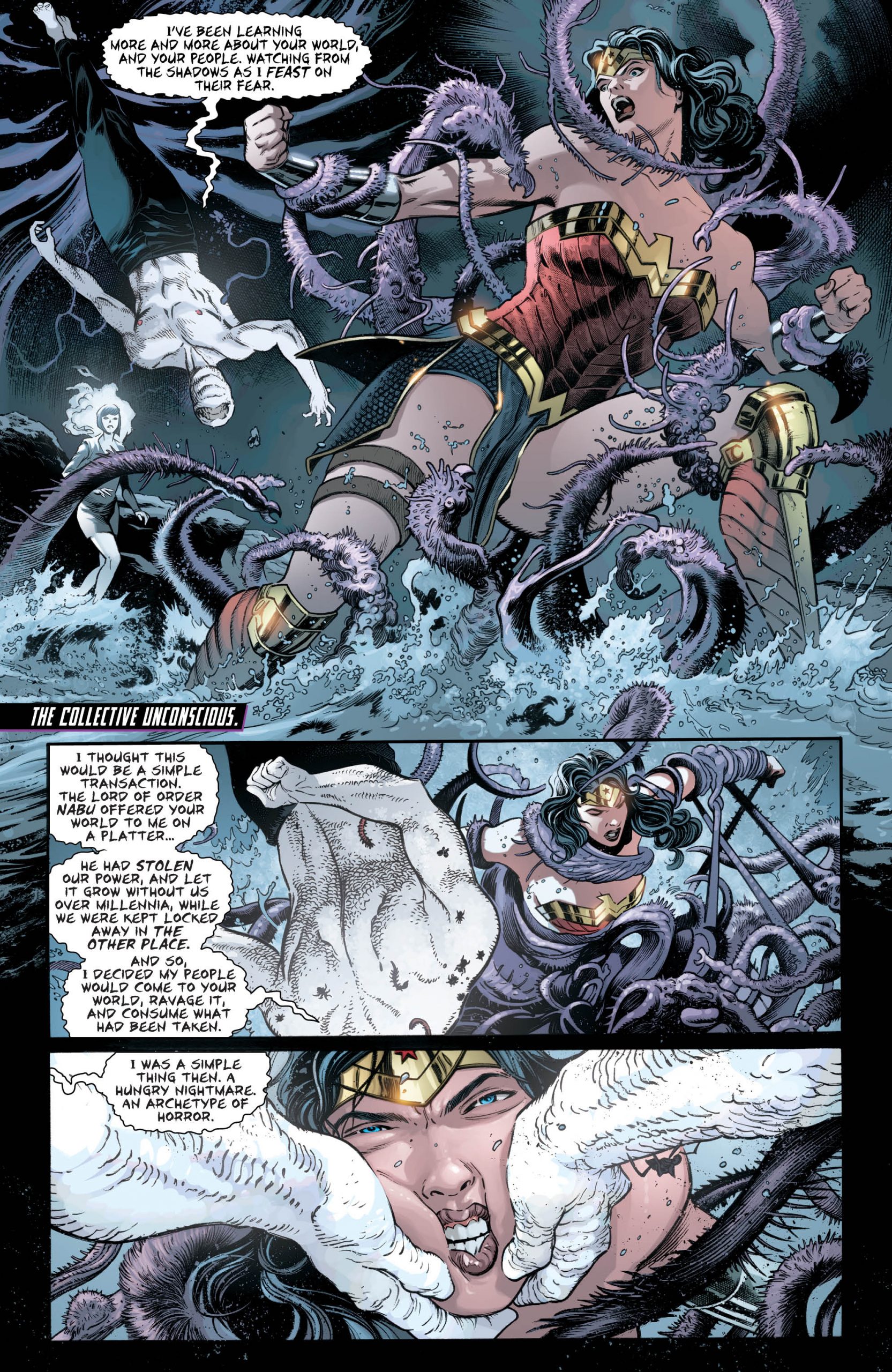 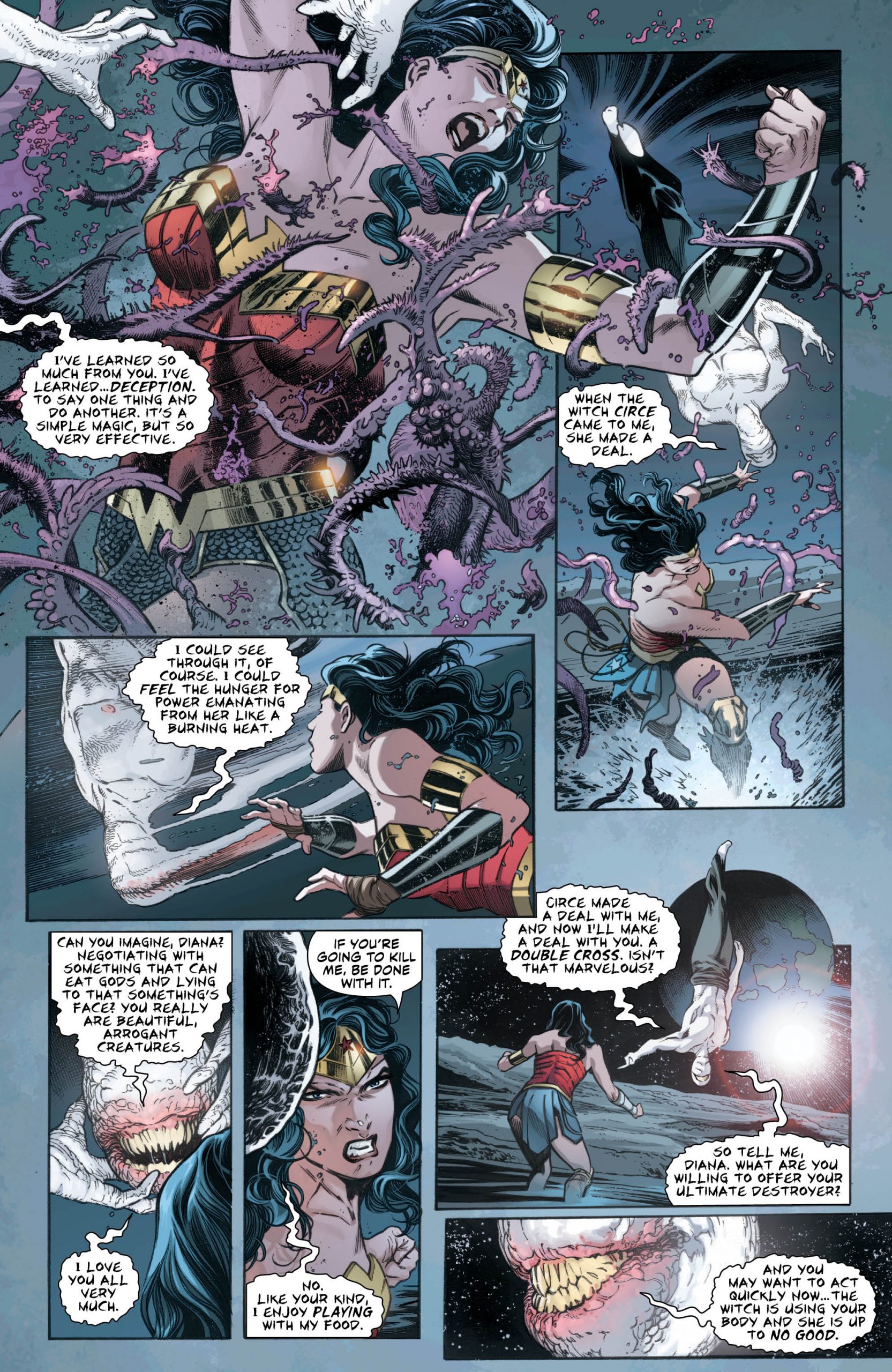 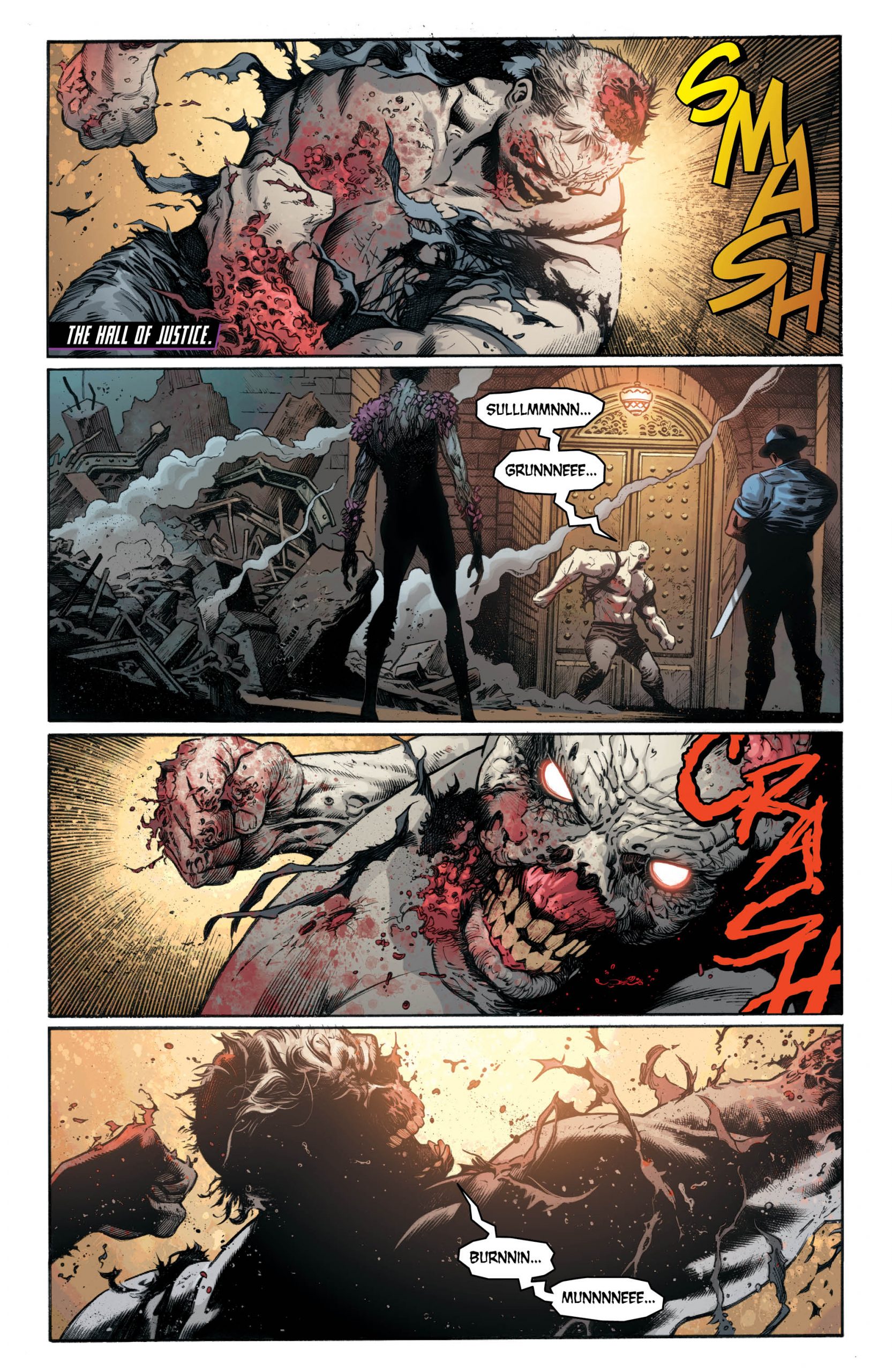 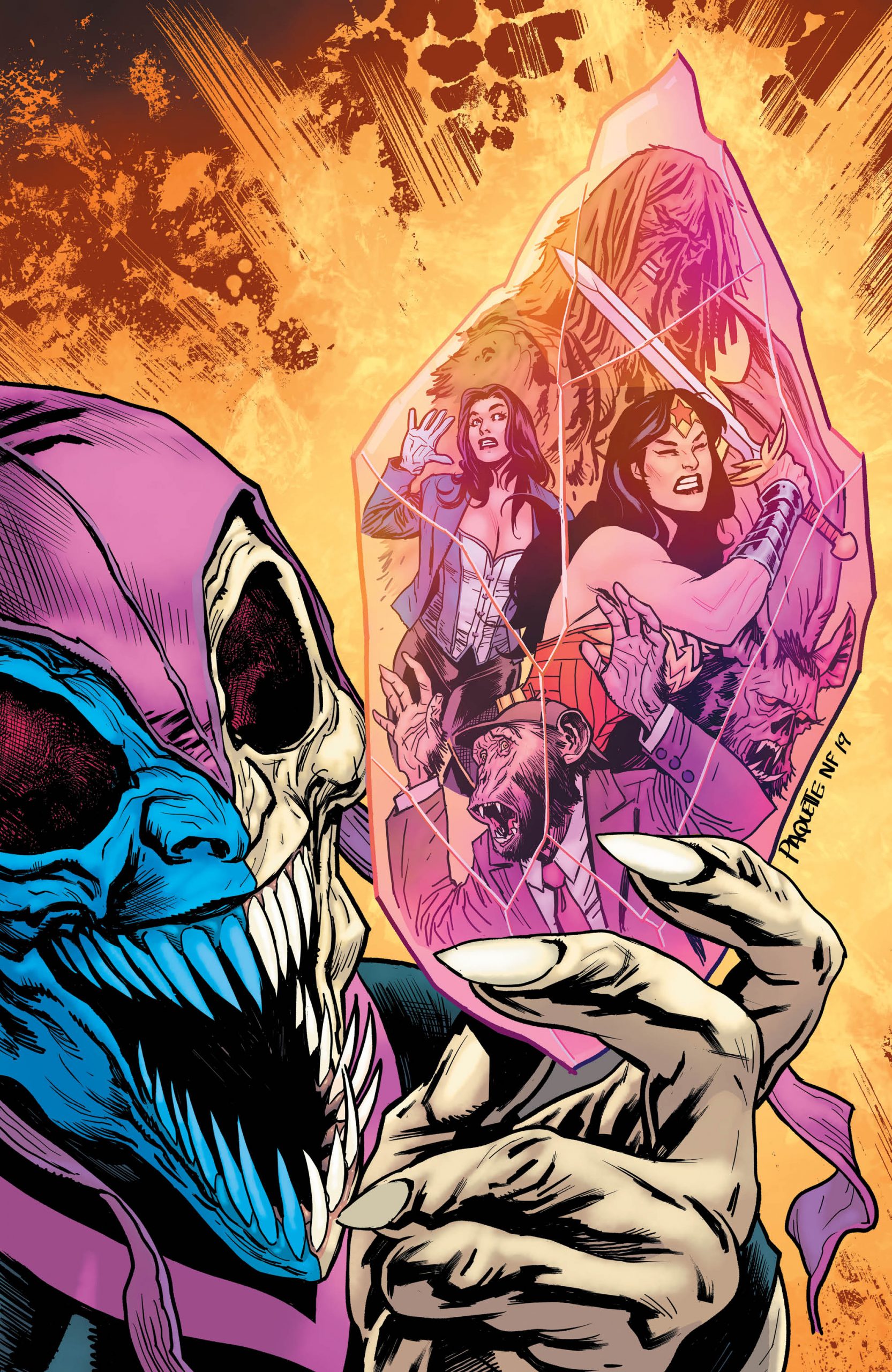 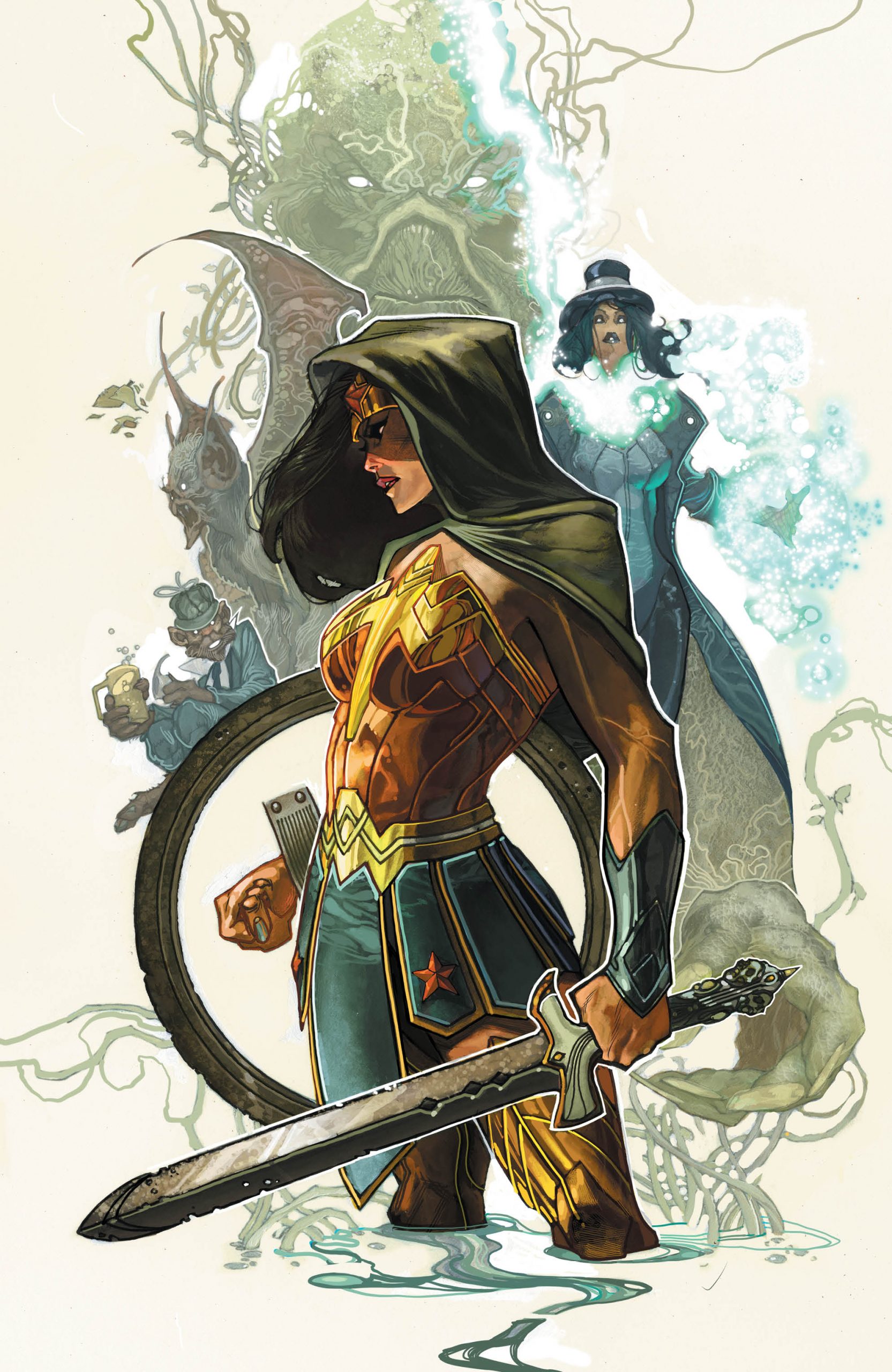 Brad Anderson, fresh from his adventures re-defining the entire DC universe in Doomsday Clock, then does the impossible, by making the art pop even more with his flames, incantations and rainbow manipulations. The pages DC has provided for this review are but the tip of one huge and beautiful iceberg.

Then we have Rob Leigh, finishing the book off with human dialogue, as well as the creepy fonts unique to the Upside Down Man and Karfang himself. Stellar work, and the final flourish that makes this series one of the most consistently excellent titles a comics fan could ever wish to read.

Justice League Dark #18 is brilliant. Swamp Thing is down, Bobo has been devolved back to a faeces flinging primate, Diana’s soul is stranded in the ether, while Circe is raising dragons, using Wonder Woman’s body and magic to do so. All the while the rest of the Otherkind are still out there, and things look grim.

This title is exquisite torture… and I love it.