The Batman film has it’s first set photo online, this is exciting! We have a photo that has surfaced showing the cathedral set from Robert Pattinson’s The Batman. In early December we found out that several sets from the film were being built at Cardington Sheds in the United Kingdom. The image below relates to a scene that is going to be filmed in the cathedral of a funeral that will include 500 extras. The image below shows that the cathedral is well and truly almost complete. 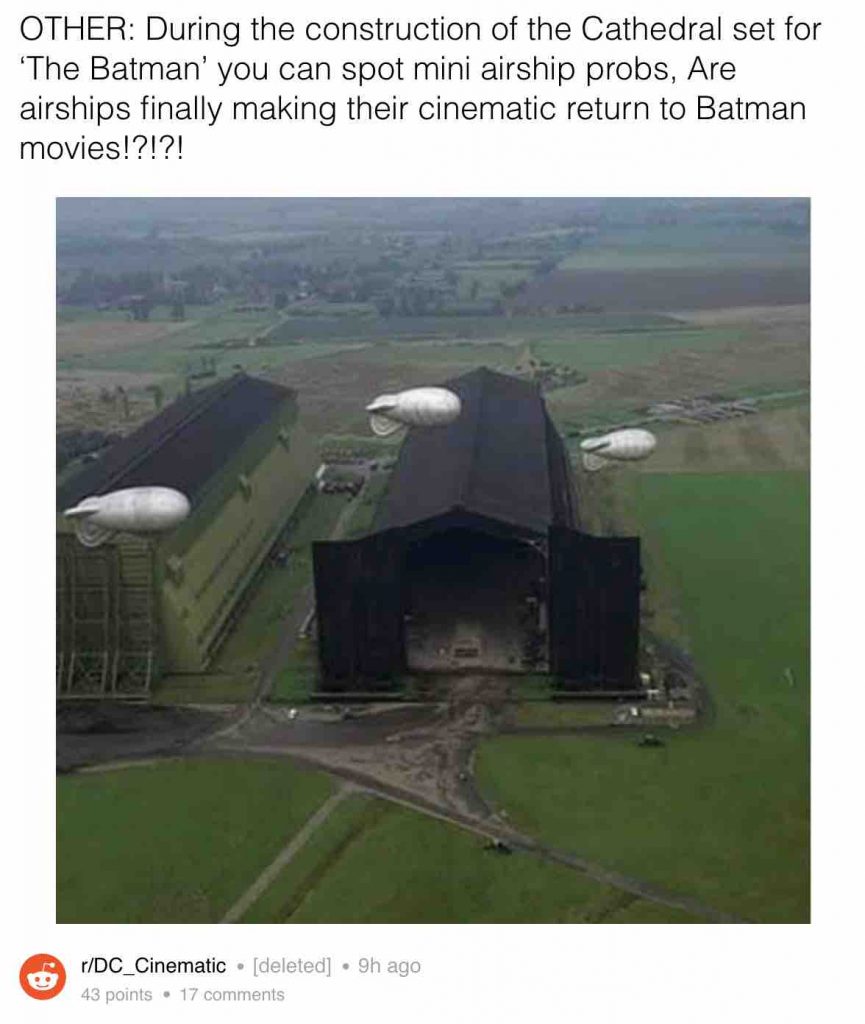 In the above image we get to see the cathedral but interestingly there are three airships surrounding the structure which has generated talk that the film may be taking some inspiration from Batman: The Animated Series in which we saw several of these throughout various episodes of the show. We’re confident in saying that there will be a funeral scene taking place in the film, the assumption being that it will be the funeral of Thomas and Martha Wayne. We’ve already seen several takes on this across multiple Batman films, what will Matt Reeves’s version be like?

Matt Reeves The Batman is meant to showcase the dark, detective persona of our beloved caped crusader. Robert Pattinson has come a long way since his Twilight days, and this fan is putting his hand up to support the actor in giving us great performance.