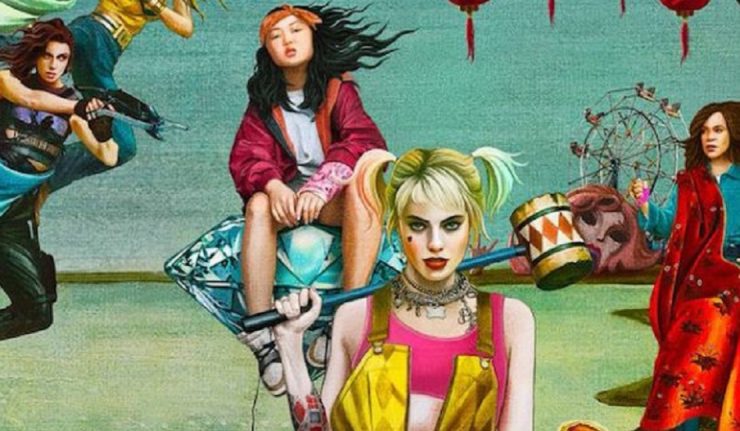 In an interview with Collider, Benach also discussed the thought process of Harley Quinn’s new costume. As fans have seen, her BoP costume is very different to her traditional comics look, or even her outfit from Suicide Squad.

In the film, since Harley has separated from the Joker, she’s on her own and left to create her own wardrobe. This leads to her get-up having a more DIY-inspired feeling. Here is Benach on the thought process.

Behind her story is always something a little bit off from center and a little bit crazy, with the idea being that caution tape may be a place to stay away from, and maybe it’s a way to caution the world against what she might do. So, we kind of took the idea of that caution tape and tried to re-purpose it into a costume. We always wanted to create something that felt like Harley made it herself, so she’s sort of a crafty person in the backroom and she can make stuff herself — you know the shorts that she’s painted and the jacket that she’s put together herself. That’s why we did it like that. It’s fun and a little bit crazy like her.

Benach’s similar approach to costume-making applies to other characters in the film too. For example, Huntress is a street-level, hardcore vigilante. Her personality reflects a more utilitarian look.

Our Huntress is always about function and someone who’s on a mission and does not want to be distracted by outside sources. Whereas you know Harley might be walking down the street like ‘I want to grab that diamond and put it on myself or grab that item and put it on myself.’ Huntress is focused and she is sort of all business. She’s super-focused on the job at hand. We wanted to create something really functional for her and also fashion-forward and cool. So, we created this tracksuit and you’ll see that she has many different tracksuits throughout the film.

According to Benach, both comics and film medium inspired Birds of Prey’s visuals. Specifically, Fight Club‘s heightened sense of reality.

When we first spoke a lot of her inspiration were films that feel like a heightened version of reality that can also exist in a world that isn’t too jarring, or you don’t disassociate yourself with immediately. Like Fight Club, for example, is something that she mentioned, and you’re like, ‘Oh, I’m pretty sure they all dress normal,’ but then you look at a snapshot of Fight Club, and Brad Pitt’s wearing a flowery, pink bathrobe. It is quite out there and bright and colorful and strange, but it does feel grounded at the same time. So I guess it’s a combination of achieving a heightened reality that feels grounded and recognizable at the same time and also distinctly from a female perspective.

To read more insights on the costume-making process, check the Collider link. 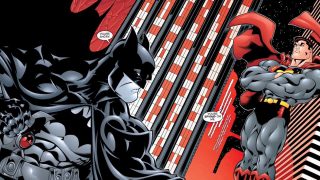 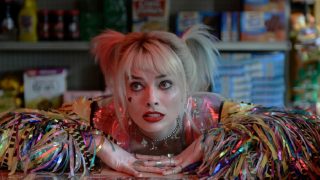