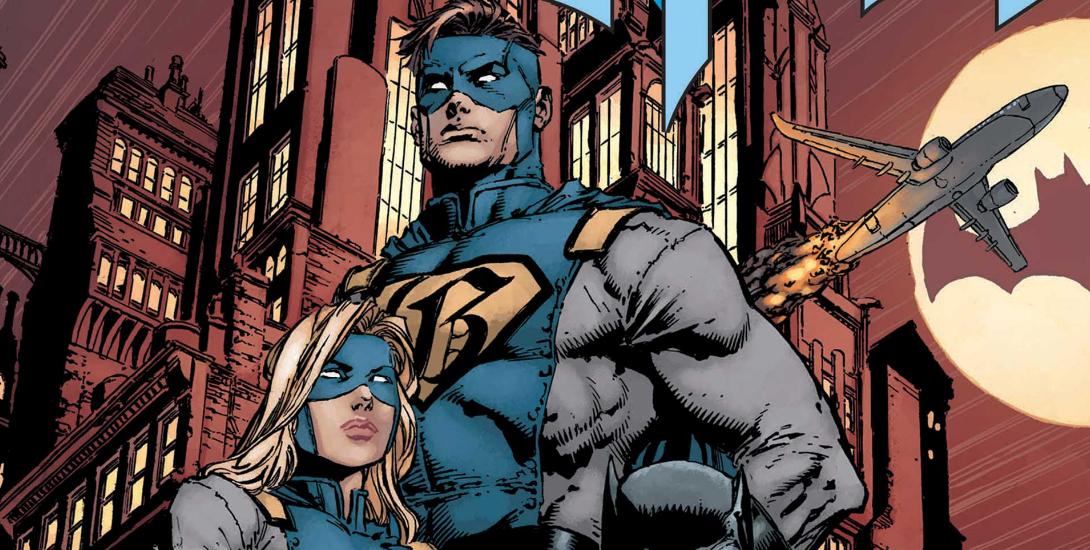 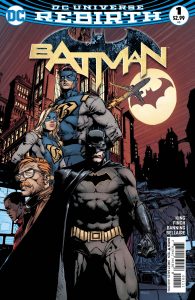 For only the third time in history – and the second in this decade – Batman #1 hits stands. While it doesn’t pay tribute to The Dark Knight’s storied history in the way Scott Snyder’s inaugural issue did, it does begin a new story arc in quite dramatic fashion. My first impression is that writer Tom King has brought the same levels of gravitas and intensity to this series that can be found in his work on Vertigo’s The Sheriff of Babylon.

What likely has many fans doing back-flips is the fact that David Finch is one of the regular artists on this series for the foreseeable future. Put quite simply, he knocks it out of the park and is the right artist to kick off a new volume of this title. If Finch was born to draw any character at DC, it most certainly is Batman.

An important theme this issue addresses is Batman’s capabilities – or possible lack thereof – when it comes to dealing with situations that may be termed “a job for Superman.” What is he to do when a plane is about to crash into the heart of Gotham City?

Well, King and Finch show us just what Batman’s resources, intellect, and fortitude can accomplish. Not only that, his selflessness and fearlessness are put on full display, while simultaneously capturing his relationship with Alfred especially well. Furthermore, his partnership with Jim Gordon is also one of the key components, showing that we are back to a more familiar status quo and Gordon isn’t parading around in a mech suit.

We do get brief glimpses at Gotham and Gotham Girl, the costumed duo pictured on the cover. It appears they do possess superpowers, so this dilemma will certainly provide an interesting juxtaposition to Batman as they debate which hero Gotham City truly deserves going forward.

While we have yet to see what this creative team is truly capable of producing together, this was a very solid opener. Scott Snyder and Greg Capullo set a pretty high bar, so I wish these gentlemen all the best and hope that we the fans get treated to some fine Batman stories over the course of the next year.