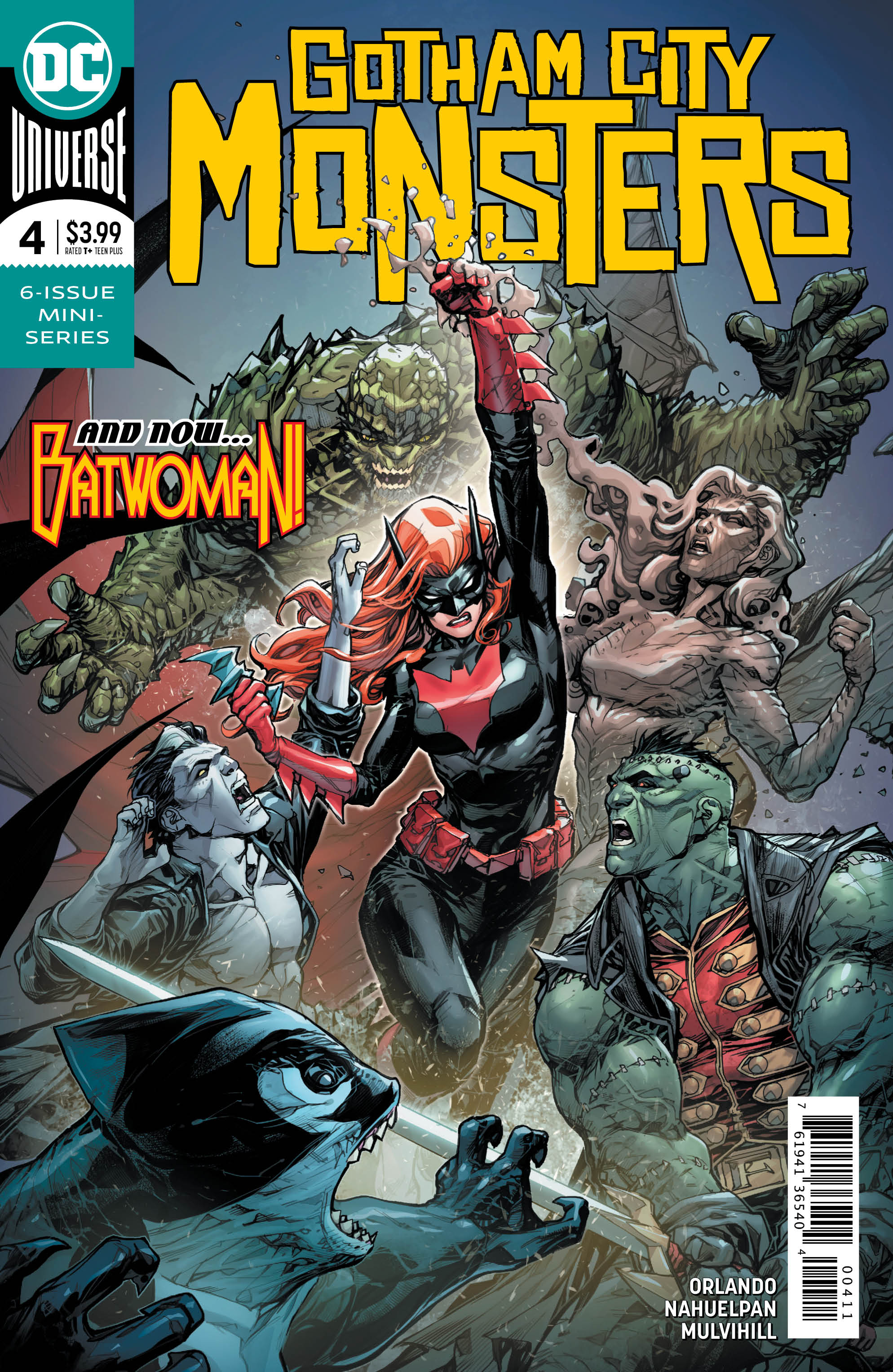 In Gotham City Monsters #4, Melmoth has come to Gotham City, and he’s ready to use the dark forces of the city to carry out his final attack on the Multiverse at large. While he figured his old servant Frankenstein would be rallying his monstrous friends to give him trouble, Melmoth didn’t bargain on the Bat family taking notice. (Don’t they have enough to do with Bane and all that other stuff?) But taken notice Batwoman has, and she’s looking to add some extra kick to the efforts of Killer Croc, Lady Clayface, and the rest. It may not be enough, however, when Melmoth puts one of their own- Andrew Bennett, a.k.a. I, Vampire-under his evil spell.

Frankenstein: You question the ‘we’ of this menagerie, Batwoman. While I question the ‘why’ of meeting an open hand, monstrous or not, with a clenched fist?

Steve Orlando  delves further into a combination of JL Dark and a Suicide Squad worthy of Forrest J. Ackerman’s Famous Monsters series.  The only thing we’re missing are a werewolf and a mummy… or are we?

Batwoman’s presence was a bit of a throw in the mix. I get the relation of Gotham City and how nothing escapes the Bat Family’s presence.  She is the closest to finding out what is going on in Monster Town, given that she’s had run ins with the Tome in the past.

Frankenstein is quite the diplomat in his musings with Batwoman.  The quote above is indicative of how Frankenstein, in this incarnation, is quite the eloquent leader of this version of a JL Dark/Suicide Squad… a MonsterTown Justice League, if you will.

One needs to check out what Amancay Nahuelpan has done with the Phantom and how he emerges from the brick bandaged to Frankenstein’s arm.  What a great bit of story telling in how to get the Phantom out of the Theatre! 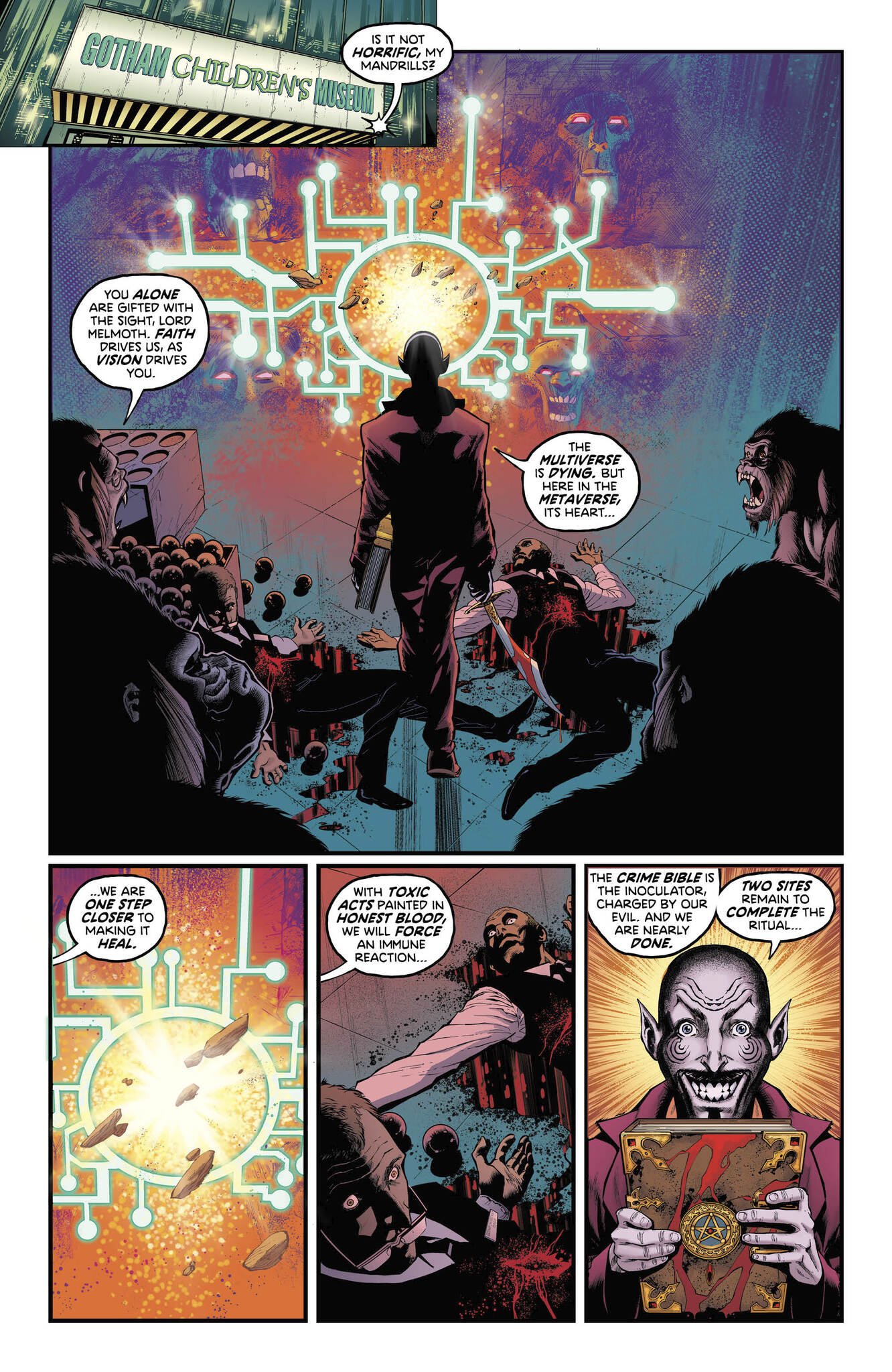 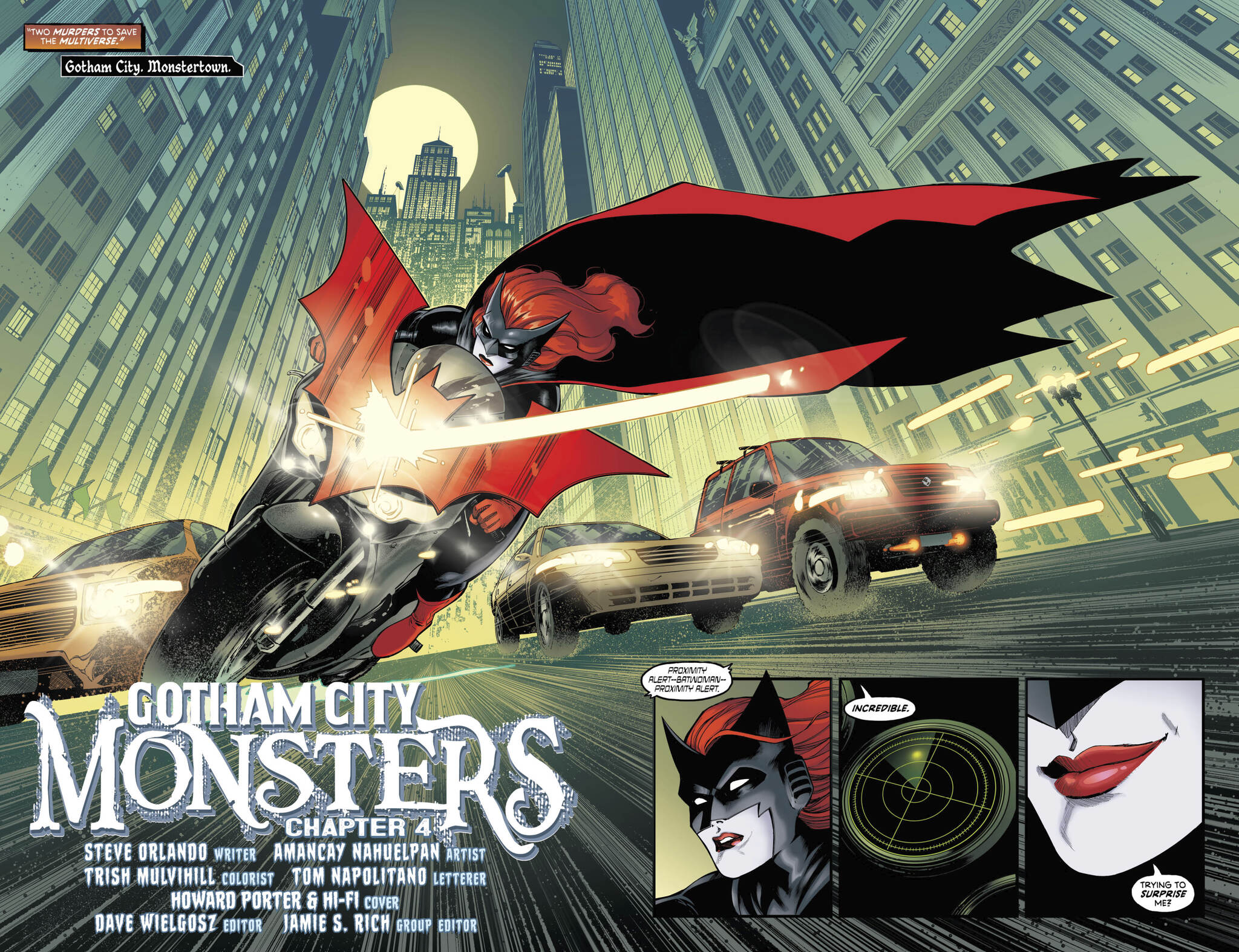 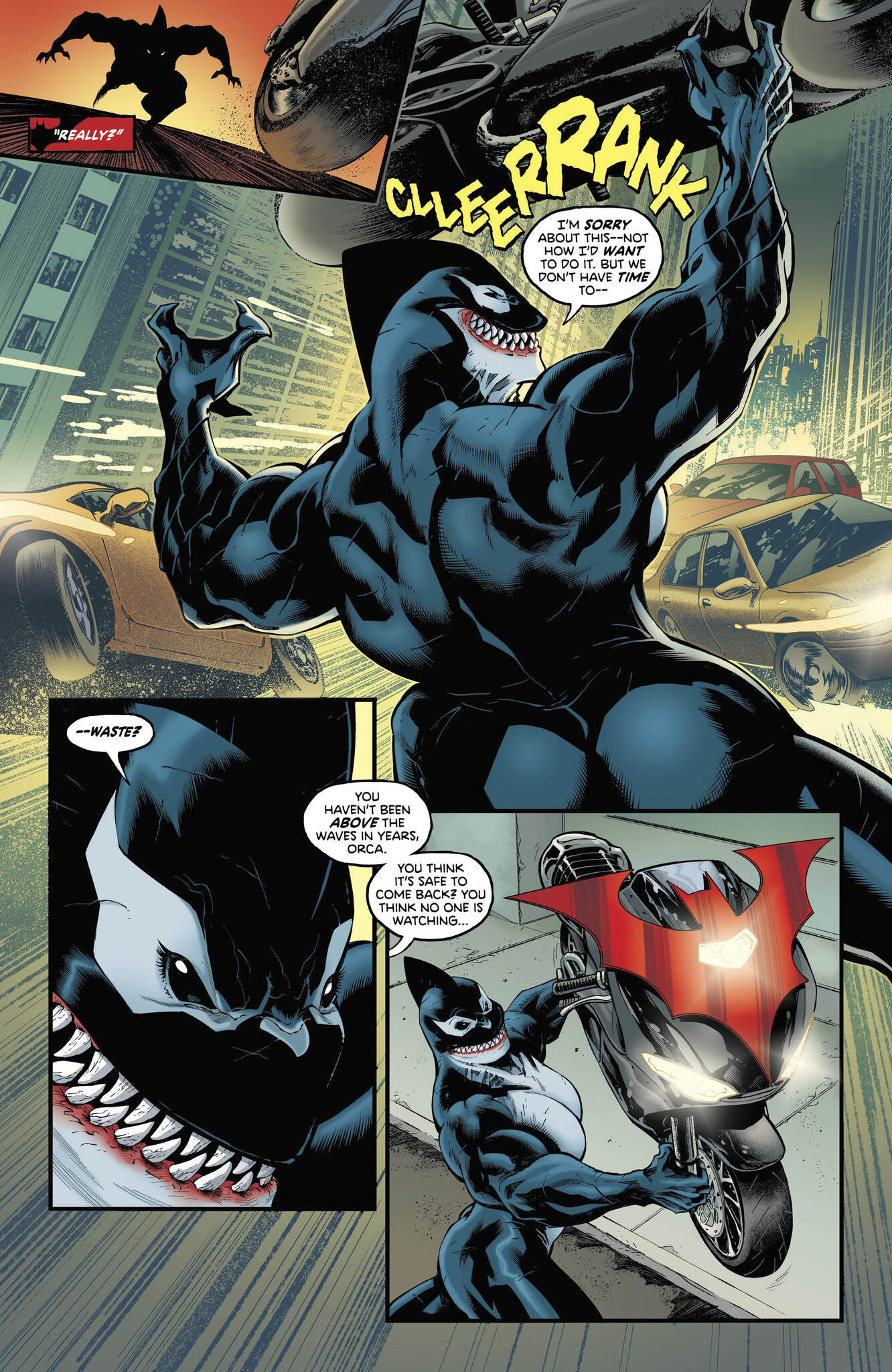 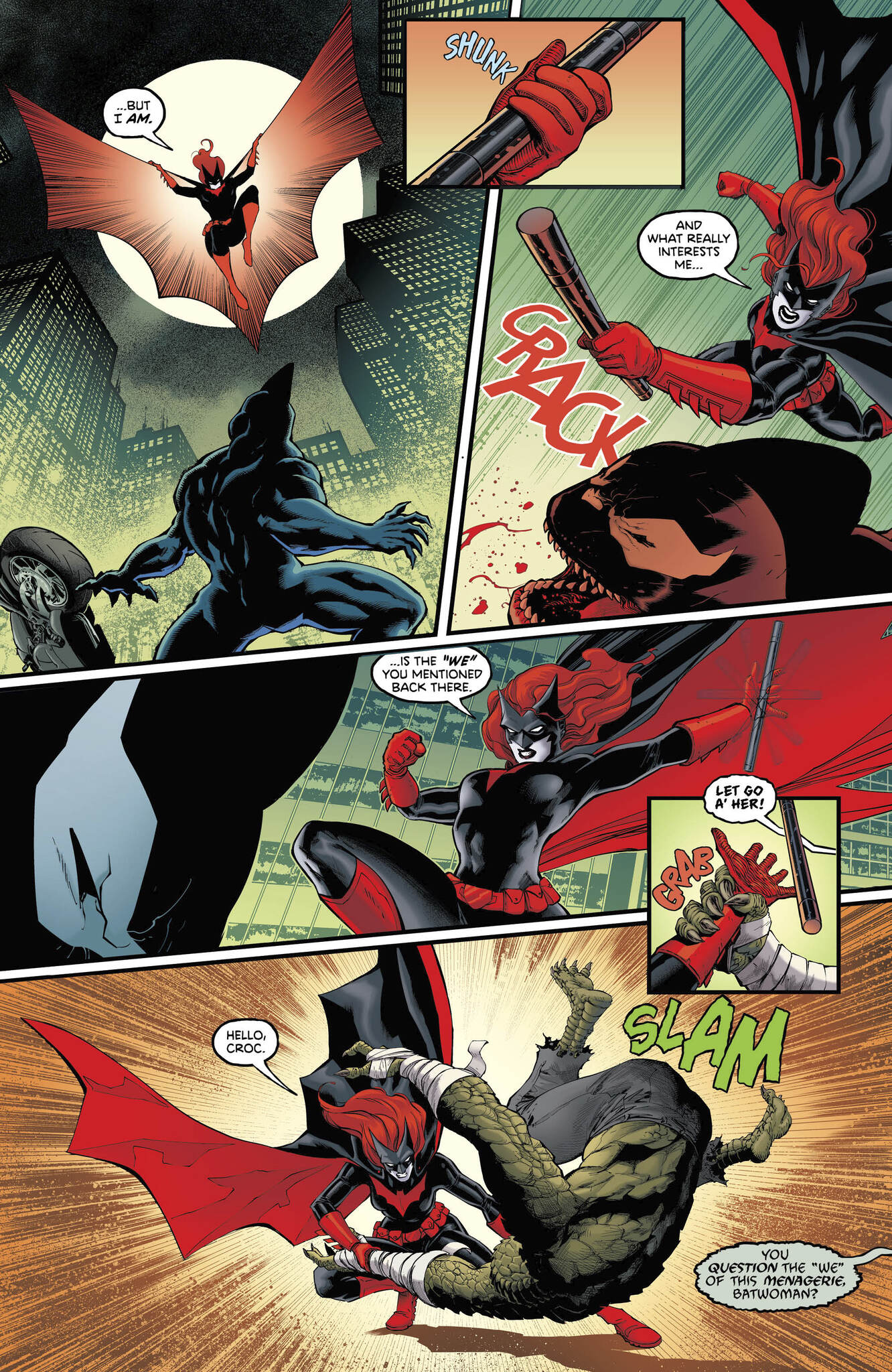 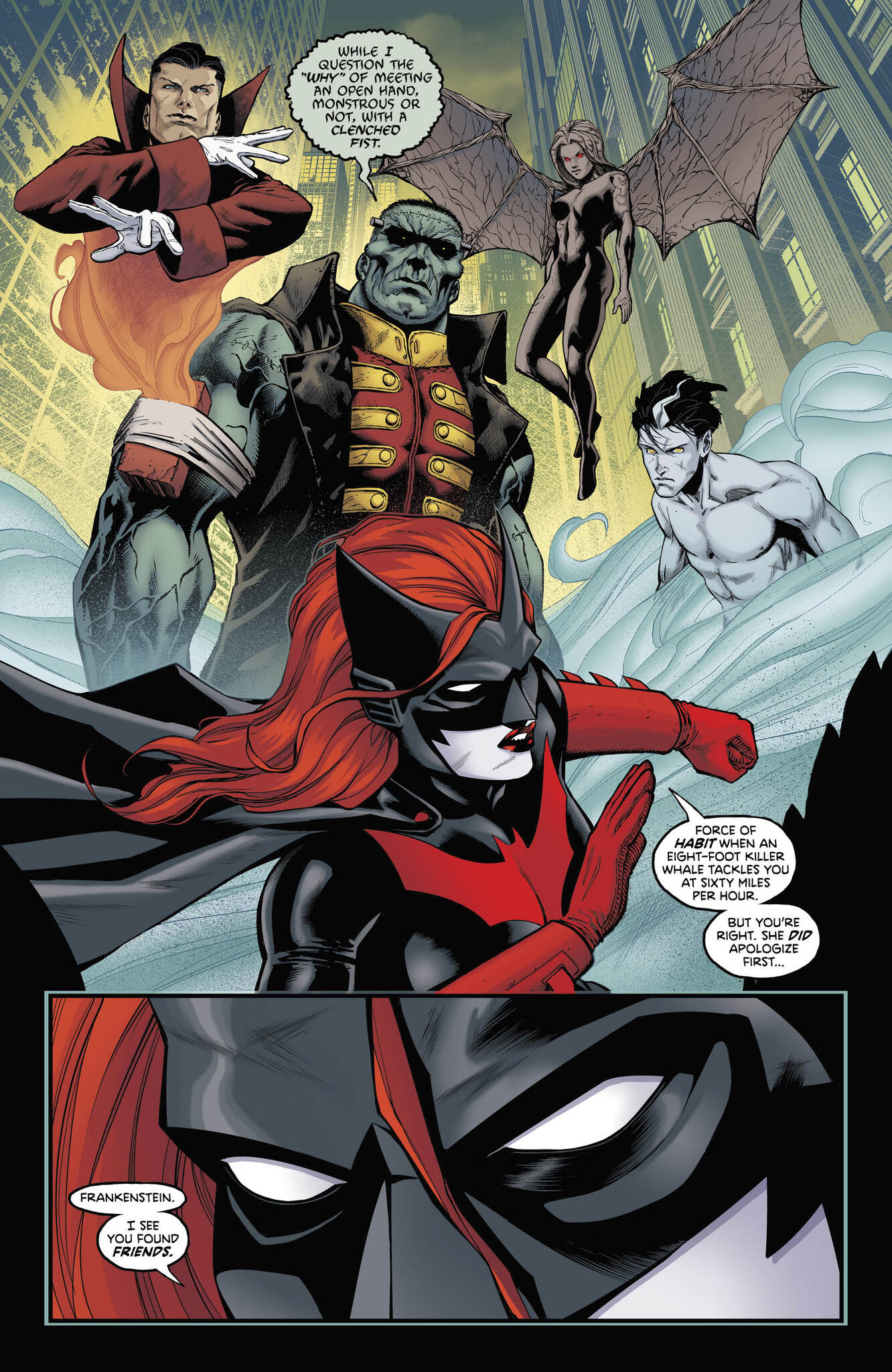 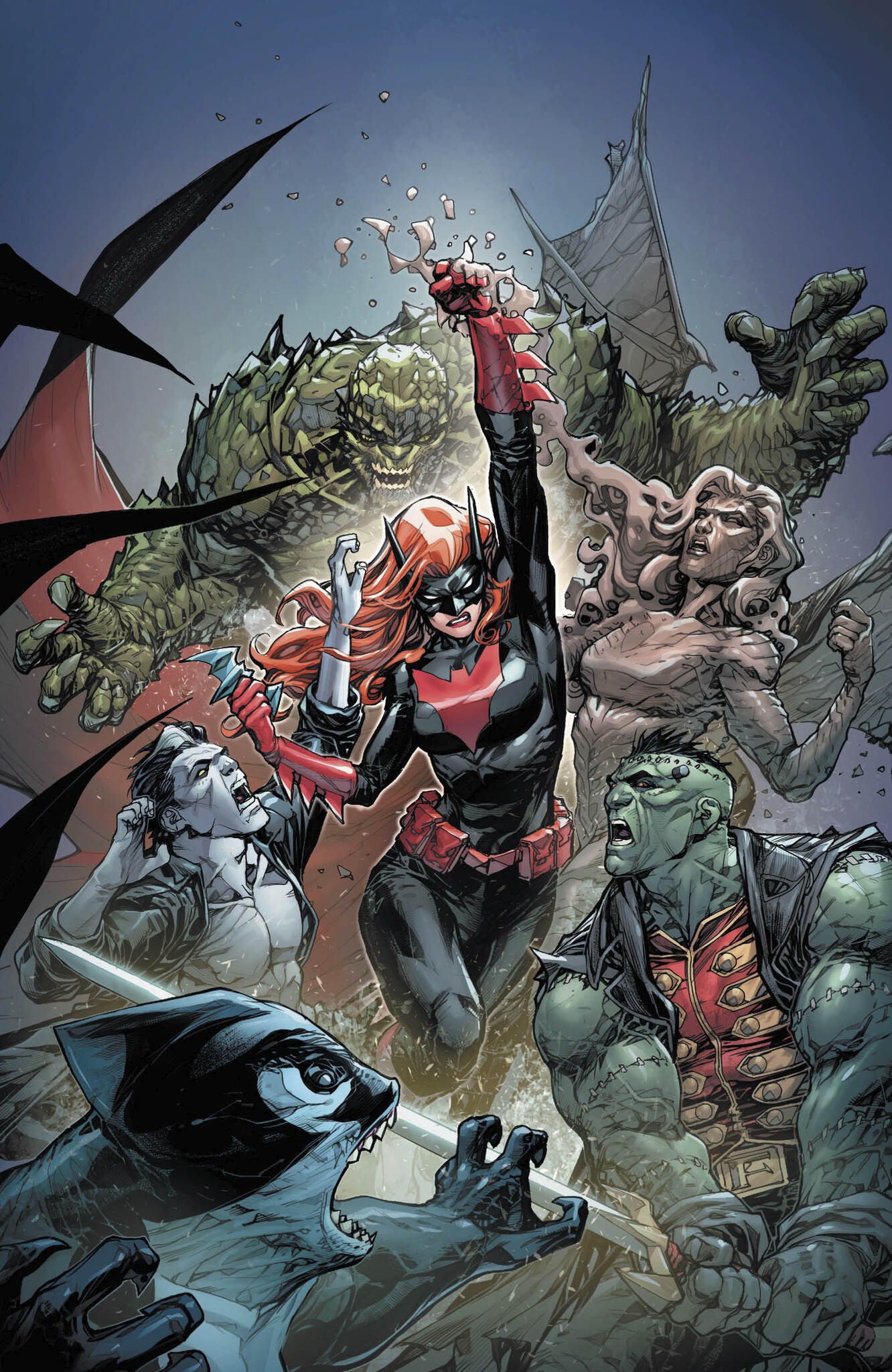 Batwoman’s Bat Cave in the harbor is priceless… and what a great way to assemble this team for some introspection as to how to take down Melmoth.

Orlando’s working the Multiverse angle too!

Orlando’s staking a claim in all of DC’s Multiverse story lines. Frankenstein’s aware that Andrew Bennett needs to rid himself of Melmoth’s influence, and rather than a simple blood transfusion, we get to see Bennett taking a hunk out of Frankenstein’s neck.  Admit it… you all wanted to see that on some level!

Better yet is the poignant conversation and hand holding between Lady Clayface and Bat Woman. Admit it.. you wanted to see that too!

But what I really want to see is, in the last few frames as the combat heats up, how Melmoth pulls out of a Multiverse vortex… Frankenstein, The Mummy, The Werewolf and Dracula. What??? If this universe has an altered version of these monsters in Monster Town, then surely the originals are running around the Multiverse… and they’ve finally arrived to the party!

Gotham City Monsters #4 doesn’t disappoint and the pace picks up, as Melmoth pulls the formidable four of classic monsters into the mix.  It’s old school versus new kids on the block in the next issue.

Steve Orlando… you have our attention!