Review: The Joker: Year of the Villain

“The Joker: Year of the Villain“ 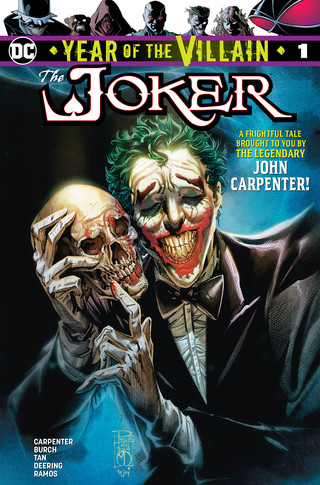 Is this story really about the Joker, or is he the minor player in this? John Carpenter… yes, that John Carpenter, writes a Joker tale where a deck of fifty-henchmen provides the fodder for this story. Pick a card, any card. What about the six of hearts? This is where Joker: Year of the Villain begins!

First of all, this is arguably the first Joker story to feature the Joker, but not really feature him. This tale is AWESOME! The Six of Hearts just happens to be the one chosen at the beginning of a breakout. Is he really the lucky one? Joker plays a game of “52 card pickup” when he blows the remaining cards/henchmen up, because they were just sitting around not rescuing their boss from Arkham.

Sometimes I’m wrong!  Sometimes the World is wrong!  And there was no way to tell which until I met him! 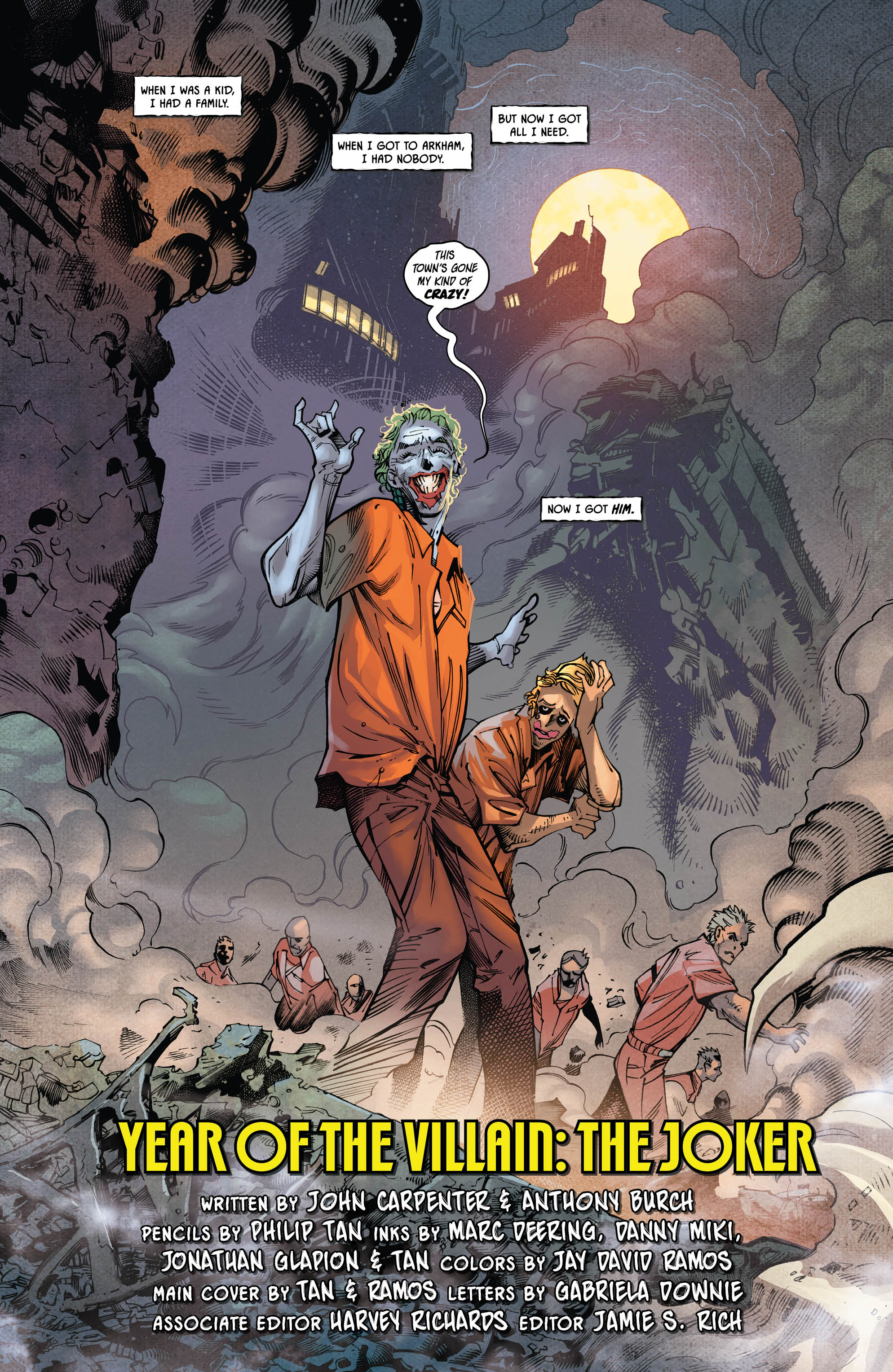 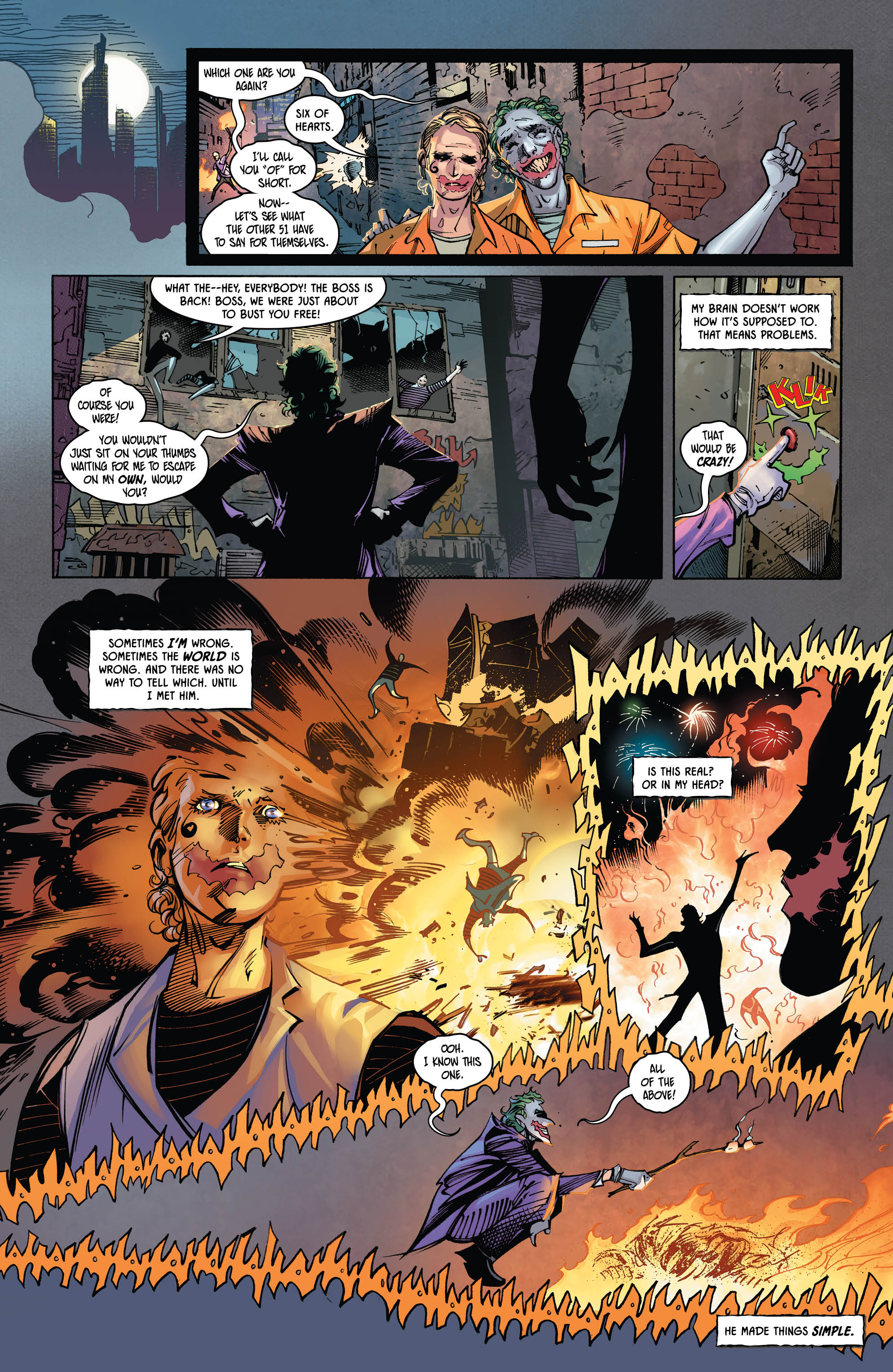 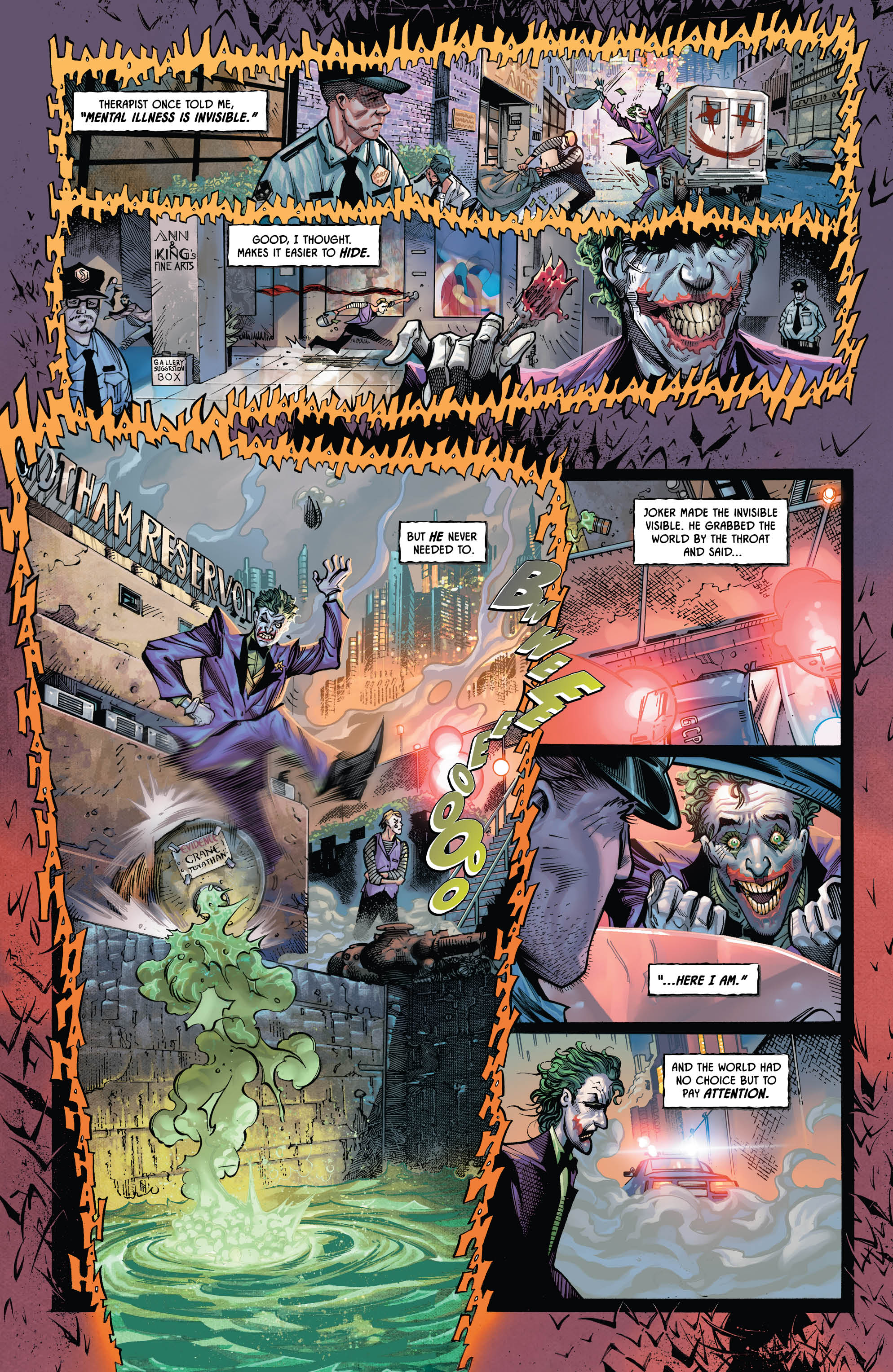 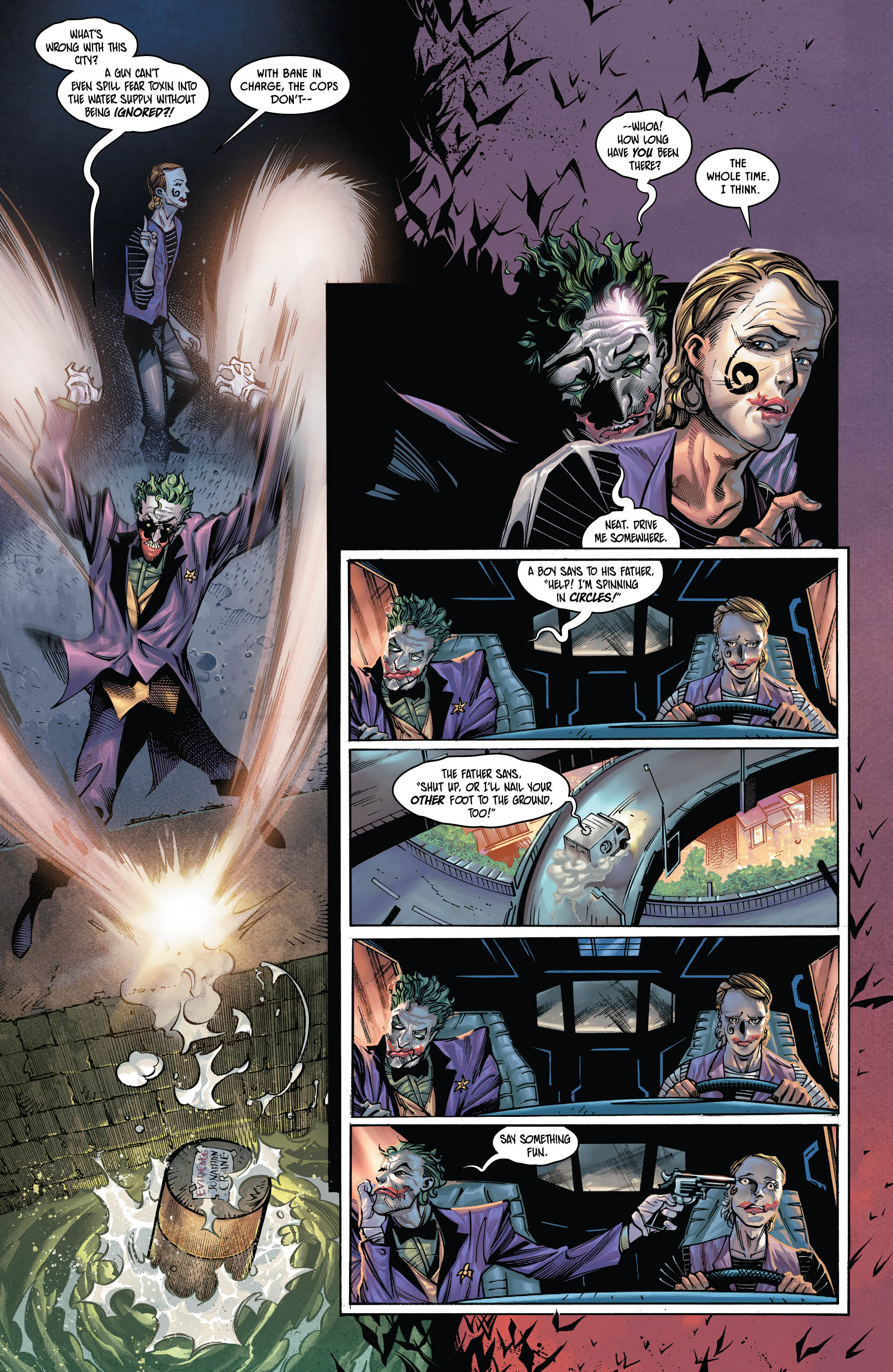 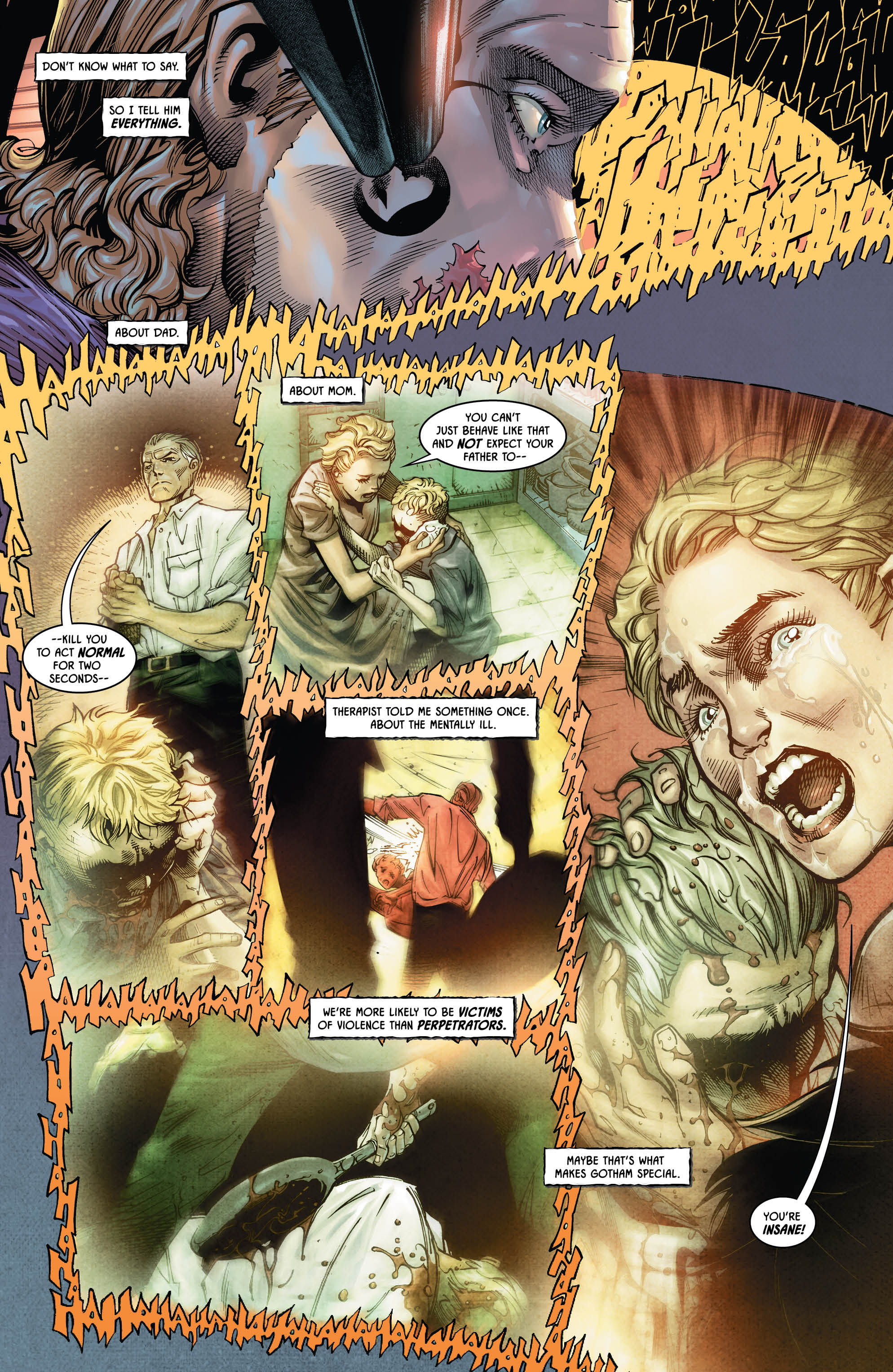 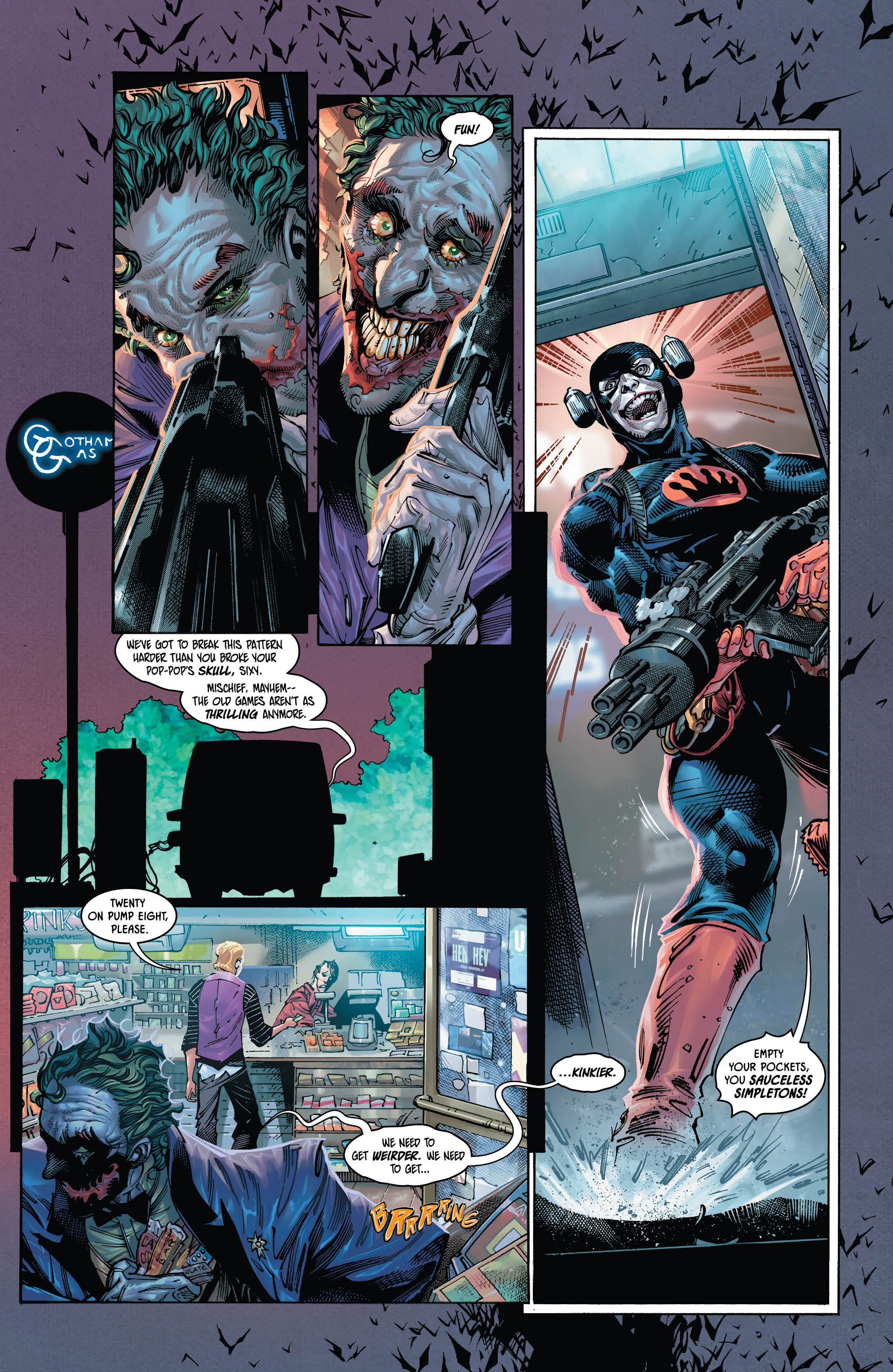 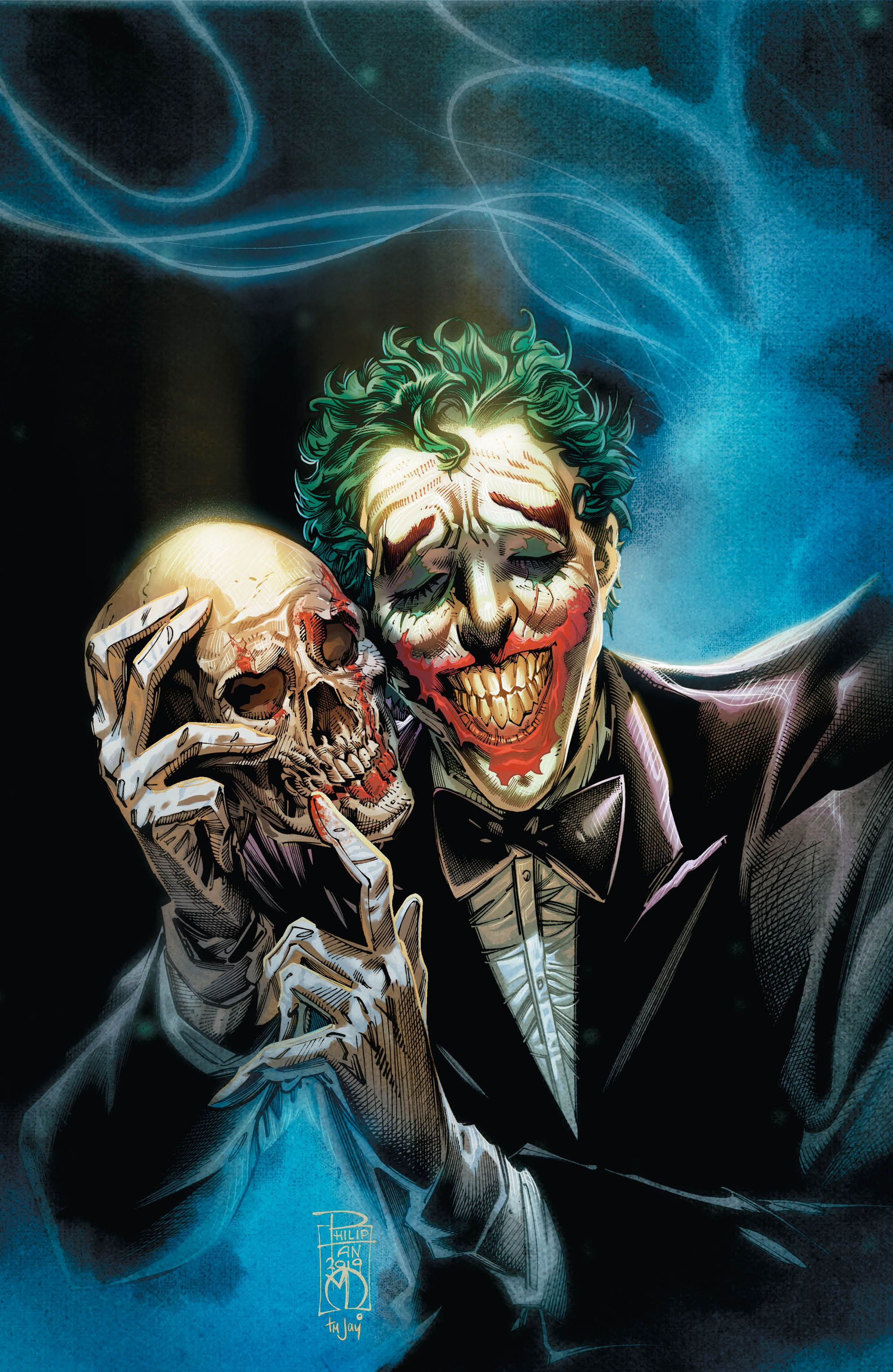 I wonder if artists really get Mr. J, as some of the frames in this comic appear rushed. Is that to portray how erratic the Joker is, or is that lack of attention to detail?  Philip Tan is in charge of this comic and, again, some frames are downright perfect, yet some look like they’re an afterthought! I’d love to have him give his best work all the time.

First we have Charles Brown, the Kite Man, then we get the Condiment King as a robber. Really? Are we running out of ideas, or what? This is a natural setup for the Joker to purchase (purchase?) Batman and Robin costumes for himself and the Six of Hearts.

What can push the Six of Hearts over the edge?

The Joker pushes Six from the brink of reality to the borders of insanity. Putting a gun to his head several times, over a joke or paying for a milkshake, Carpenter has us on the edge.

Six makes a catastrophic mistake in having a lucid moment and travels back to his home to visit his mother. In a choking moment, Joker places a Batman mask over Six’s head. Here’s where Phillip Tan paints a perfect frame! Then we get another “Death in the Family” moment, where the Joker is pure Evil and Carpenter and Tan pull no punches! Or maybe they just pulled one???

No need for Luthor to give the a clown z Prince Of Crime a gift, in The Joker: Year of the Villain. John Carpenter gives the gift to everyone reading! What a horror writer! I hope that DC provides him more opportunities to play in DC’s Rogues playground!