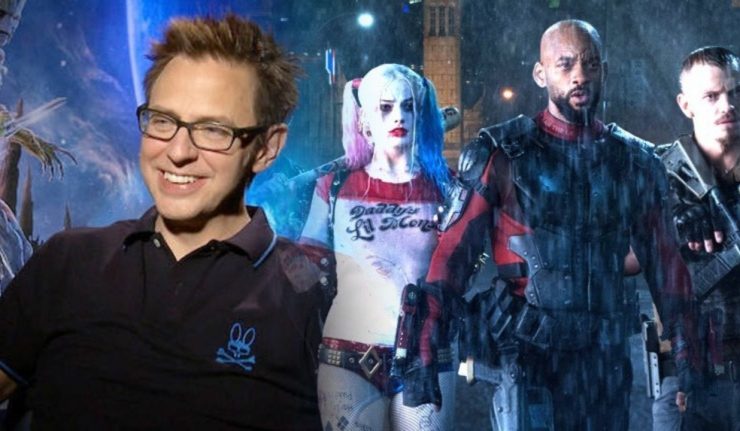 Filming for James Gunn’s The Suicide Squad began last week. With Gunn’s two fantastic turns with Marvel’s Guardians of the Galaxy, fans are excited to see what he can do in the DC Universe. It’s not just fans, though. To celebrate the beginning of filming, Gunn revealed a gift that he received from his agent.

The writer/director shared a photo of the gift on Instagram, a copy of The Brave and the Bold #25. This issue was the first ever appearance of the Suicide Squad in DC Comics. However, this isn’t the team of villains run by Amanda Waller that you know today. Rick Flagg is the only member of this original team that’s still in Task Force X today.

Great gift for the start of shooting from my agent and friend Charlie – the first ever appearance of a very different Suicide Squad in Brave & the Bold 25 (the Justice League would debut in the same comic just 3 issues later). #TheSuicideSquad

The Brave and the Bold #25 was first published in DC Comics in September 1959 and was written by Robert Kanigher and illustrated by Ross Andru and Mike Esposito. Although the Suicide Squad is still well known today, it isn’t the only DC team that The Brave and the Bold created. The Justice League would make their debut in this title just 3 issues later.

The Suicide Squad is the not quite sequel/not quite reboot of 2016’s Suicide Squad. It is seeing returning faces such as Margot Robbie (Harley Quinn), Viola Davis (Amanda Waller) and Jai Courtney (Captain Boomerang). However, there are also plenty of new, unknown characters being played by Idris Elba, Michael Rooker, Nathan Fillion and plenty more. The full cast list can be seen here.

The Suicide Squad is currently filming and is scheduled to be released August 6, 2021.