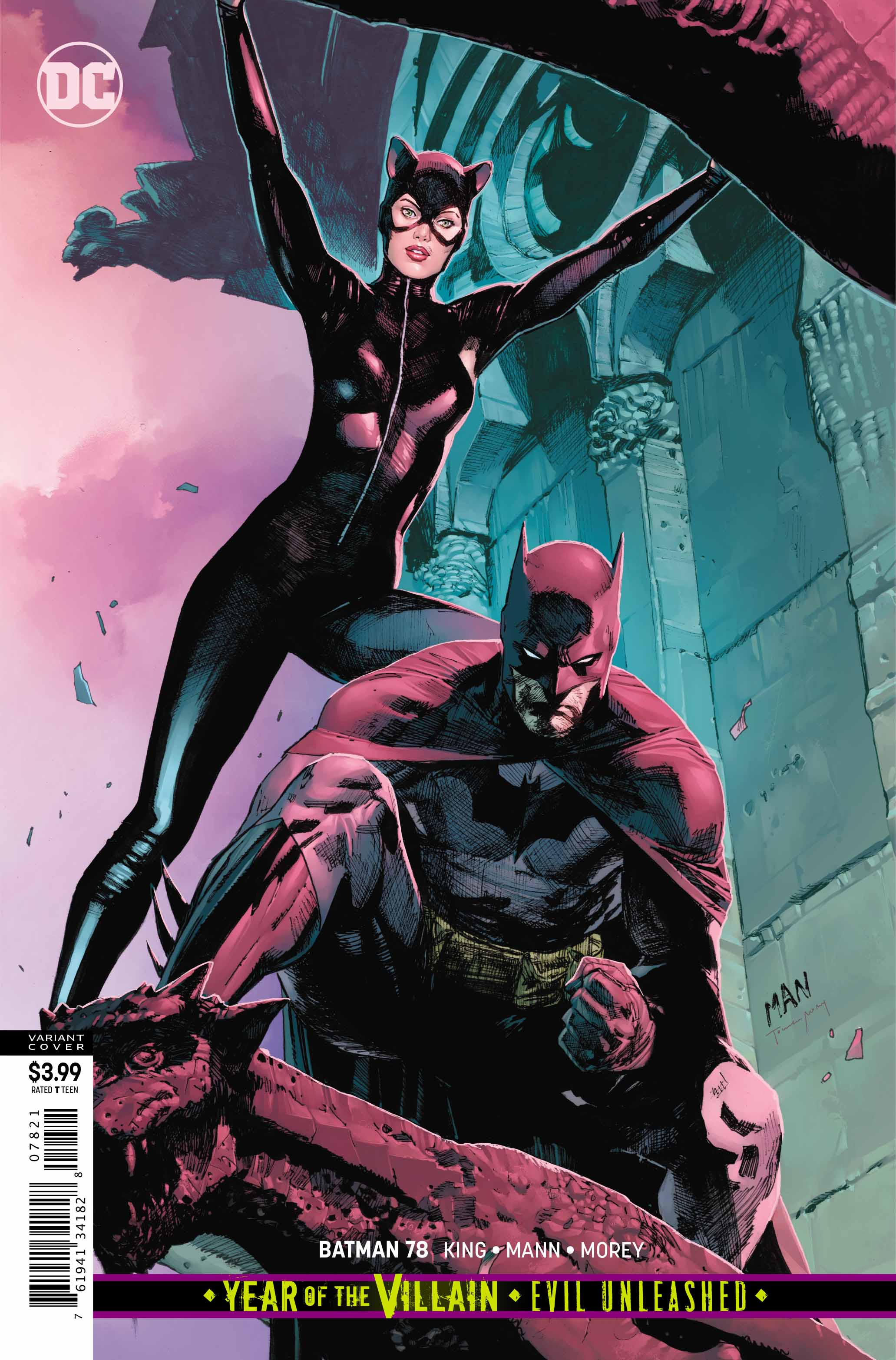 Batman #78 is a brief, but romantic respite from the epic “City of Bane” story line that also serves as an excellent climax to Batman and Catwoman’s emotional arc.

Probably the issue’s biggest problem is how disconnected it is from it is from the main story arc. It does feel a little weird that Batman and Catwoman on a leisurely beach vacation in the middle of Bane wrecking Gotham City. It really grinds the pacing to a halt when we see Bruce wearing a fake mustache while kayaking. Batman does not seem to be in a hurry to stop Bane.

However, the disconnect also works in the story’s favor. This issue promised an emotional catharsis for the Bat/Cat relationship and it doesn’t disappoint. Writer Tom King really delivered on that front. He took the opportunity to create a beautiful mini-narrative between Bruce and Selina and the chapter finally pays off 50+ issues of build-up. It directly addresses the question that has plagued his Batman run since at least issue #24: Can Batman ever be happy? 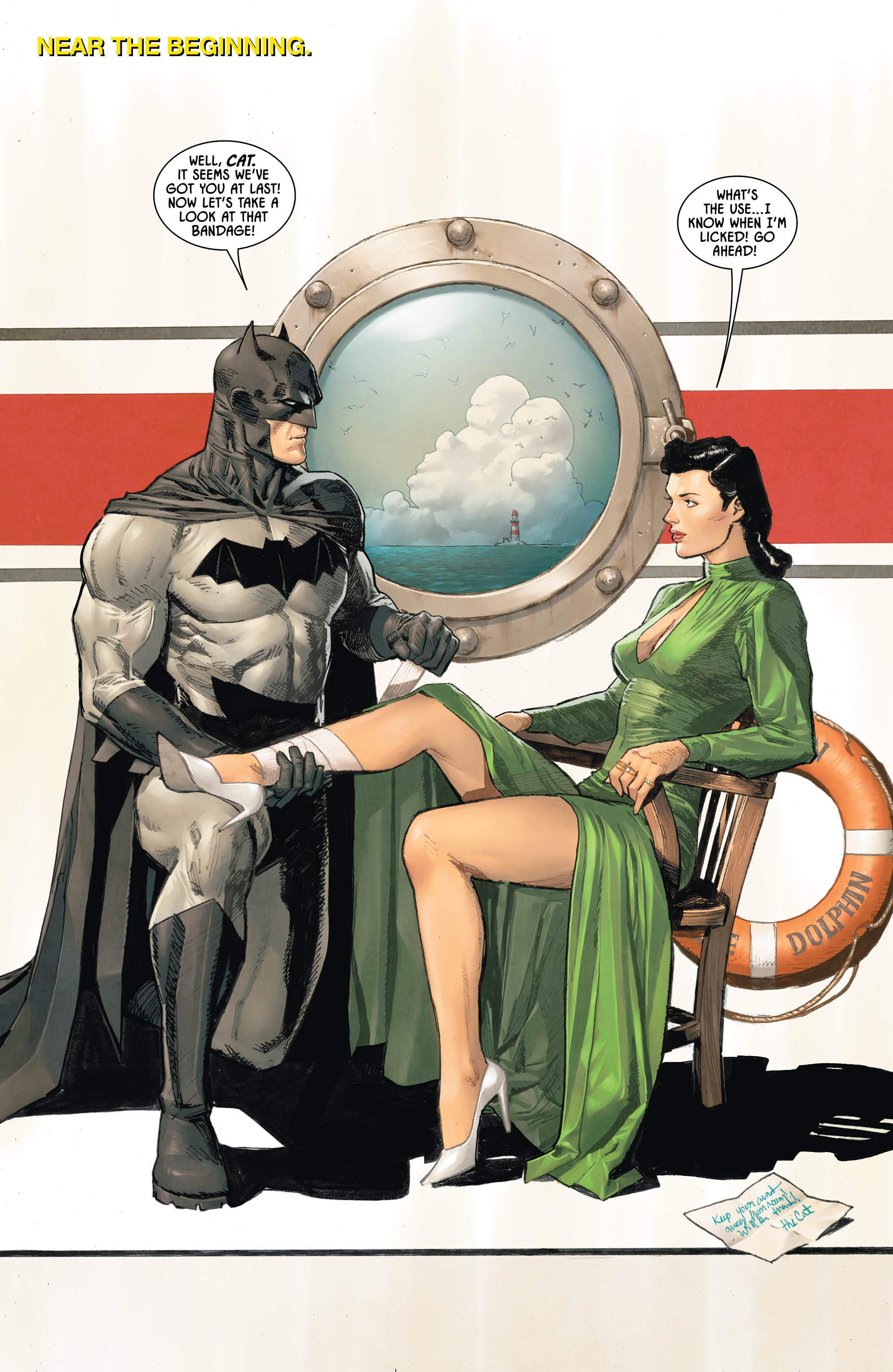 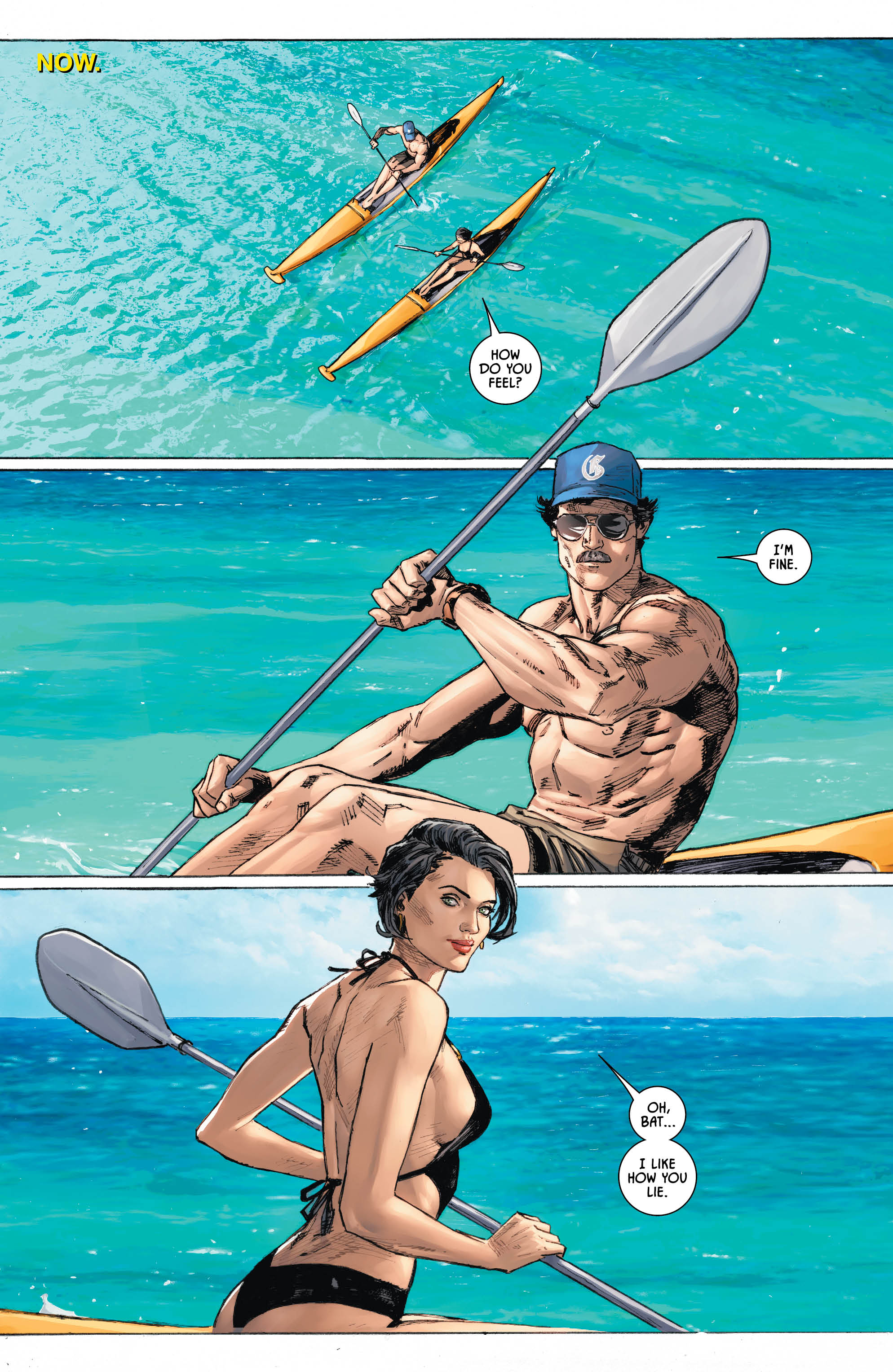 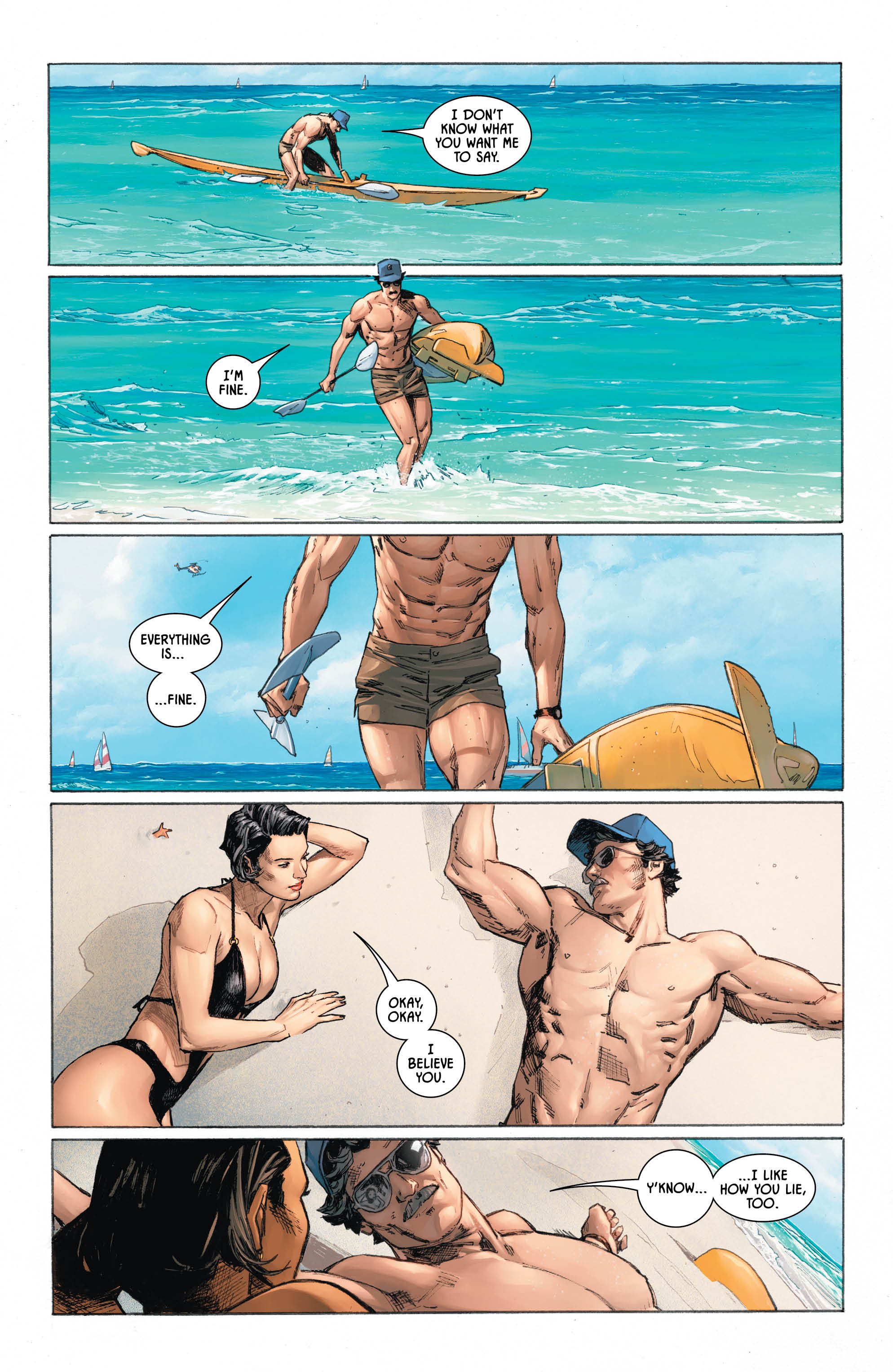 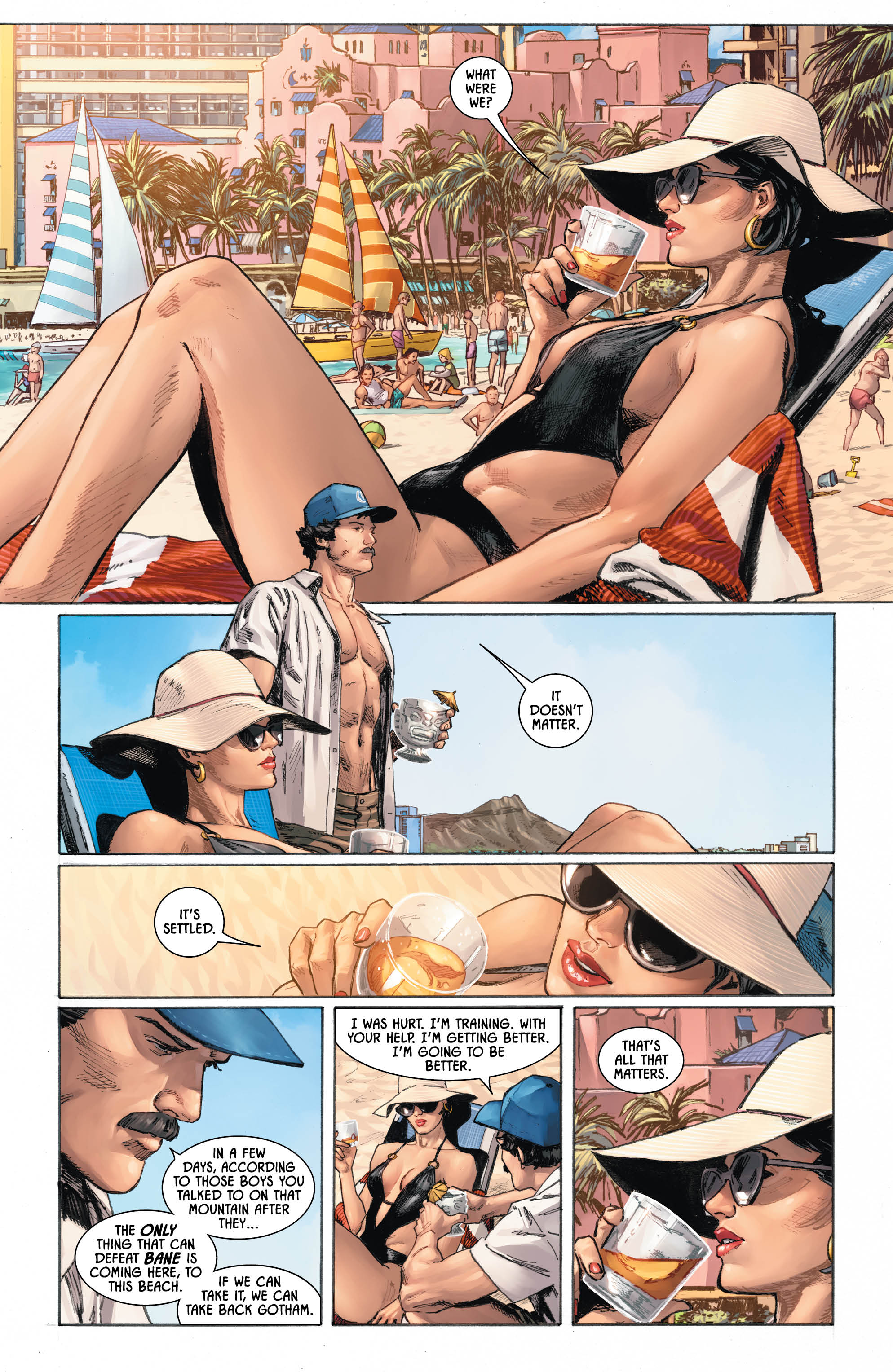 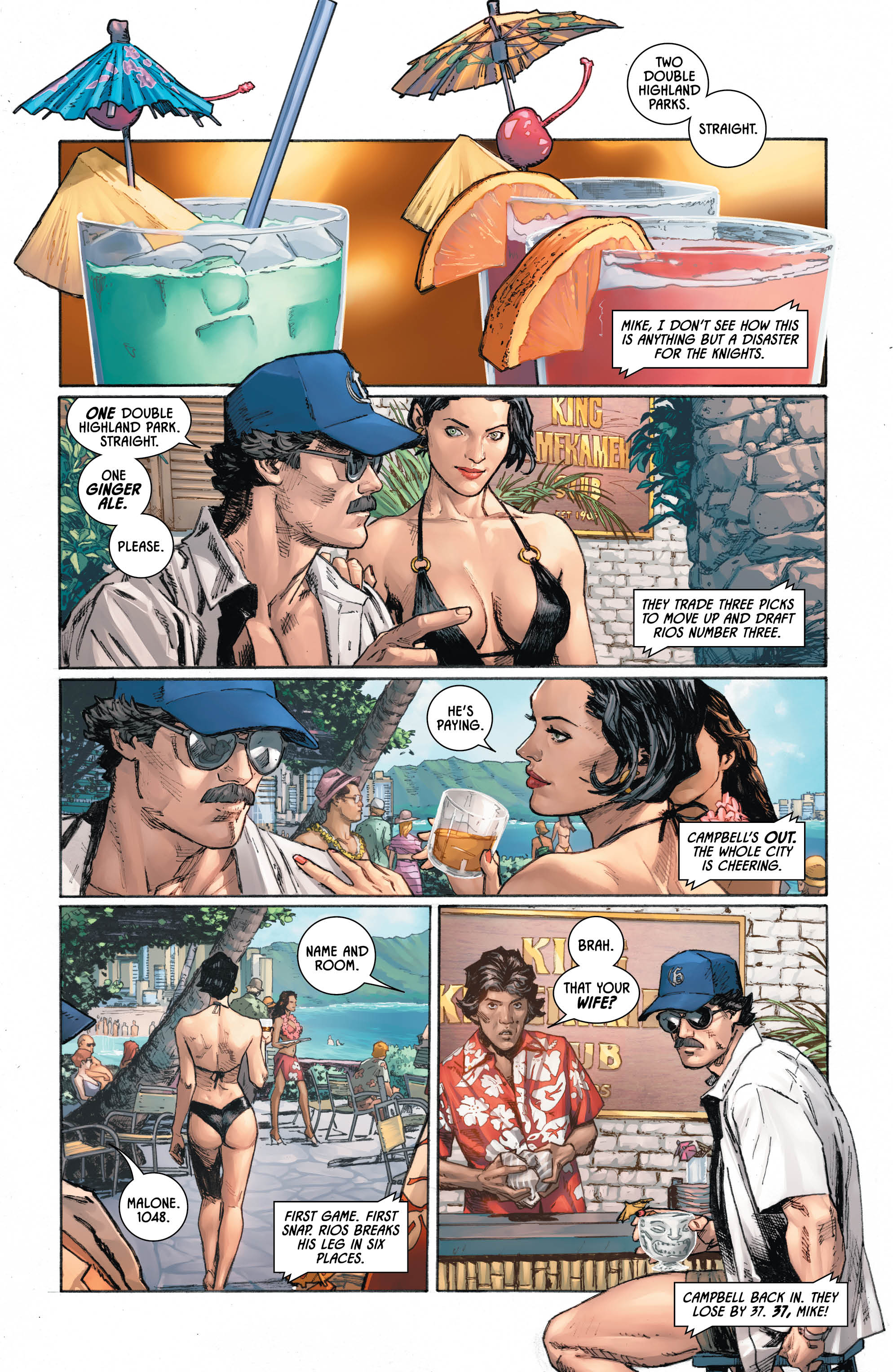 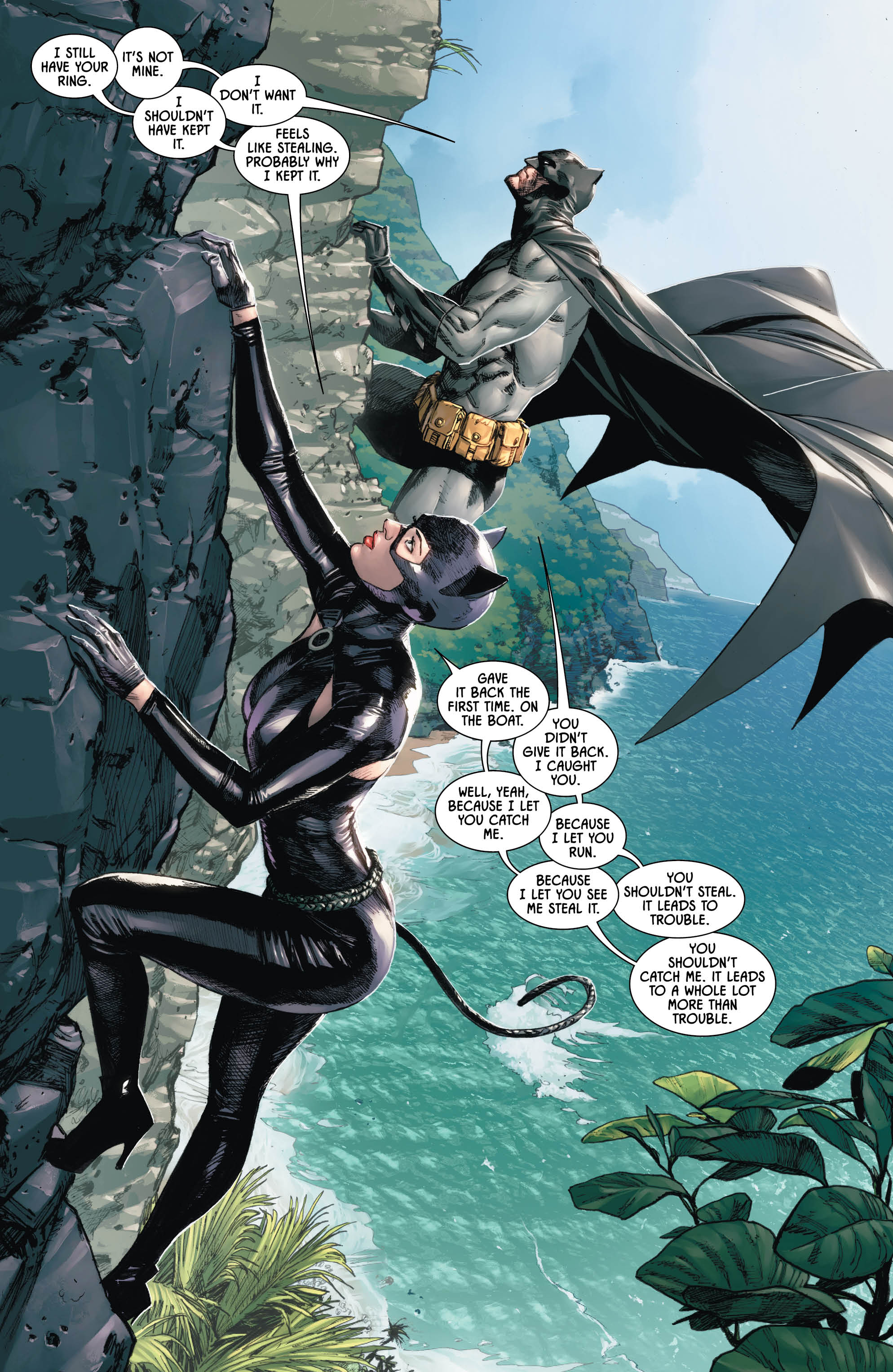 It’s a great running thread that definitively gets an answer here. Even better, King’s dialogue tics are at a minimum, as Batman and Catwoman talk like two real human beings and not just constantly repeating phrases. The dialogue is raw, genuine, and emotionally vulnerable.

What’s With the Costumes?

Actually, the downside of a well-scripted issue is the art. It’s an extremely weird statement to make, since Clay Mann’s art is amazing and beautiful, but there are some artistic choices that I don’t believe service the story. Even weirder to say, but this comic would have benefited more if Batman and Catwoman were out of costume for the whole issue. For a story about a couple intimately working through their feelings, costumes are very out-of-place. It looks extremely silly to see Batman and Catwoman having an emotionally-charged conversation in full costume at beach-side. The visual silliness takes away from some of the more intimate moments.

Batman #78 is a great issue that tops off Bruce and Selina’s personal arc and the dialogue is particularly well-constructed. Despite some silliness and weird placement within the “City of Bane” story, it is still pretty awesome. Easily the best issue of Batman in a little while.