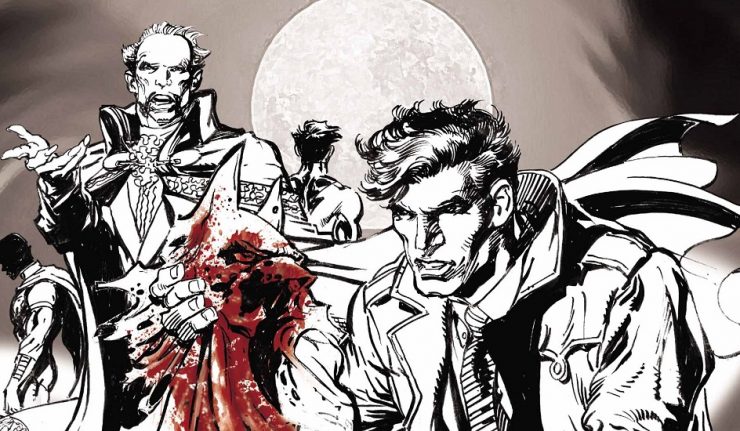 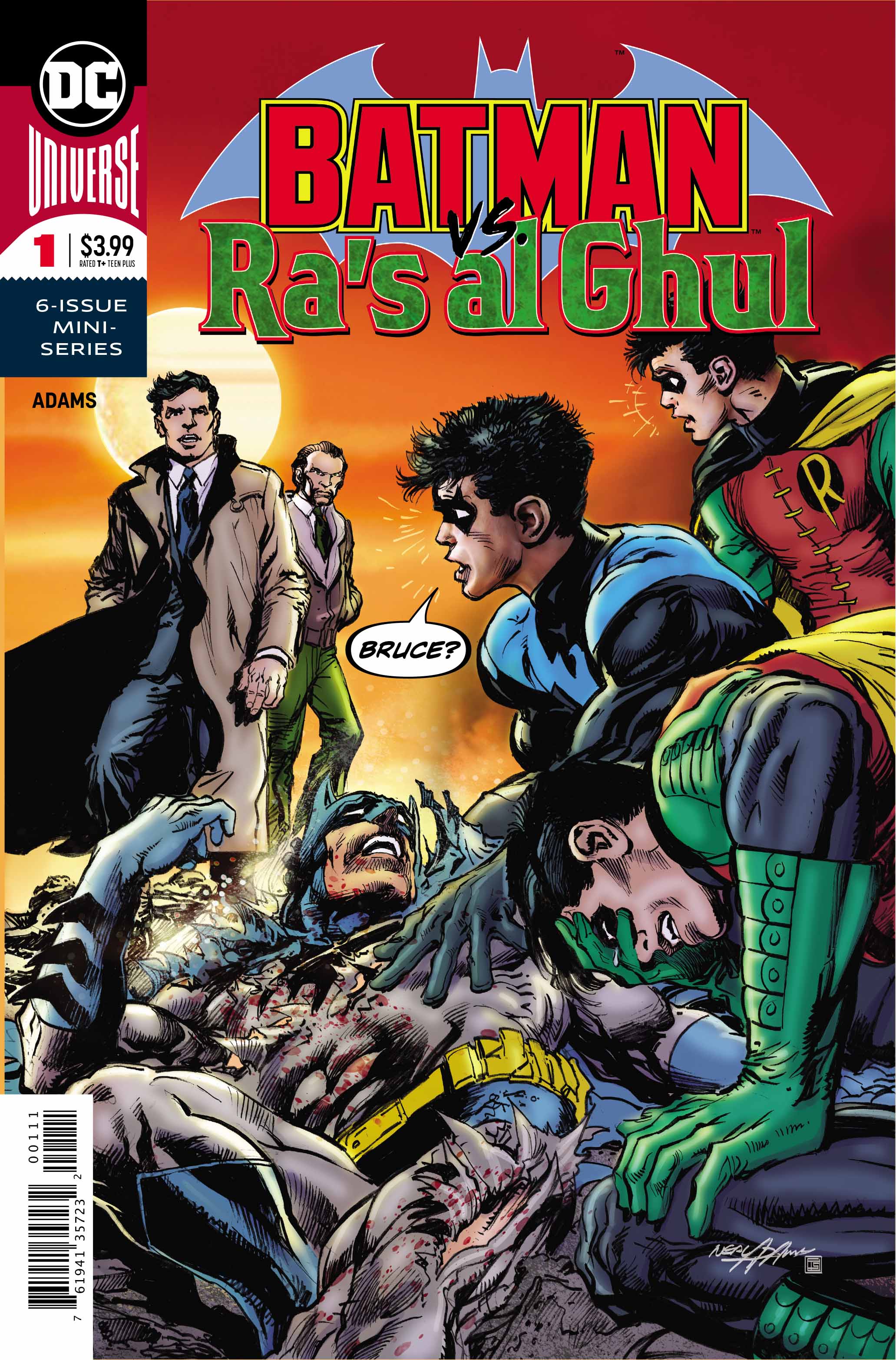 The first issue of the much anticipated mini-series: Batman vs Ra’s al Ghul #1 is finally here! If I’m being completely honest here: I have never read a comic written or drawn by Neal Adams. I know him only by his reputation and the (generally positive) things people have told me about him. So, going into this, I had some pretty high (but managed) expectations, but also I had no earthly idea what to expect. The one thing I do know is that Adams (along with Dennis O’Neil and Julius Schwartz) originally created Ra’s al Ghul, so in that aspect I am very excited to see a new story from the man who birthed this incredible villain into the Batman mythos.

I want to first address the writing, as it’s a little confusing at times. I often needed to jump back a few panels to figure out the order of text and for the story itself, but that’s nothing too detrimental. Where I feel like it really confuses (and perhaps this is the intention) is in the final two pages: obviously, this is a set up for the rest of the miniseries, but it left me more confused than wanting more. Why are there two Robins?? Who are they?? Assumedly, Damian and Tim, right? And who is this other Bruce Wayne? Professor al Ghul?

Okay… maybe I do kind of want more, because I definitely need these answers. Overall, while I am a pretty big fan of being thrown straight into the action of things, even the brief explanations we got around the status quo here left me wanting something more. As this miniseries goes on, Batman vs Ra’s al Ghul had better give me those answers! While I’m sure it will, I’ll remain cautiously optimistic. 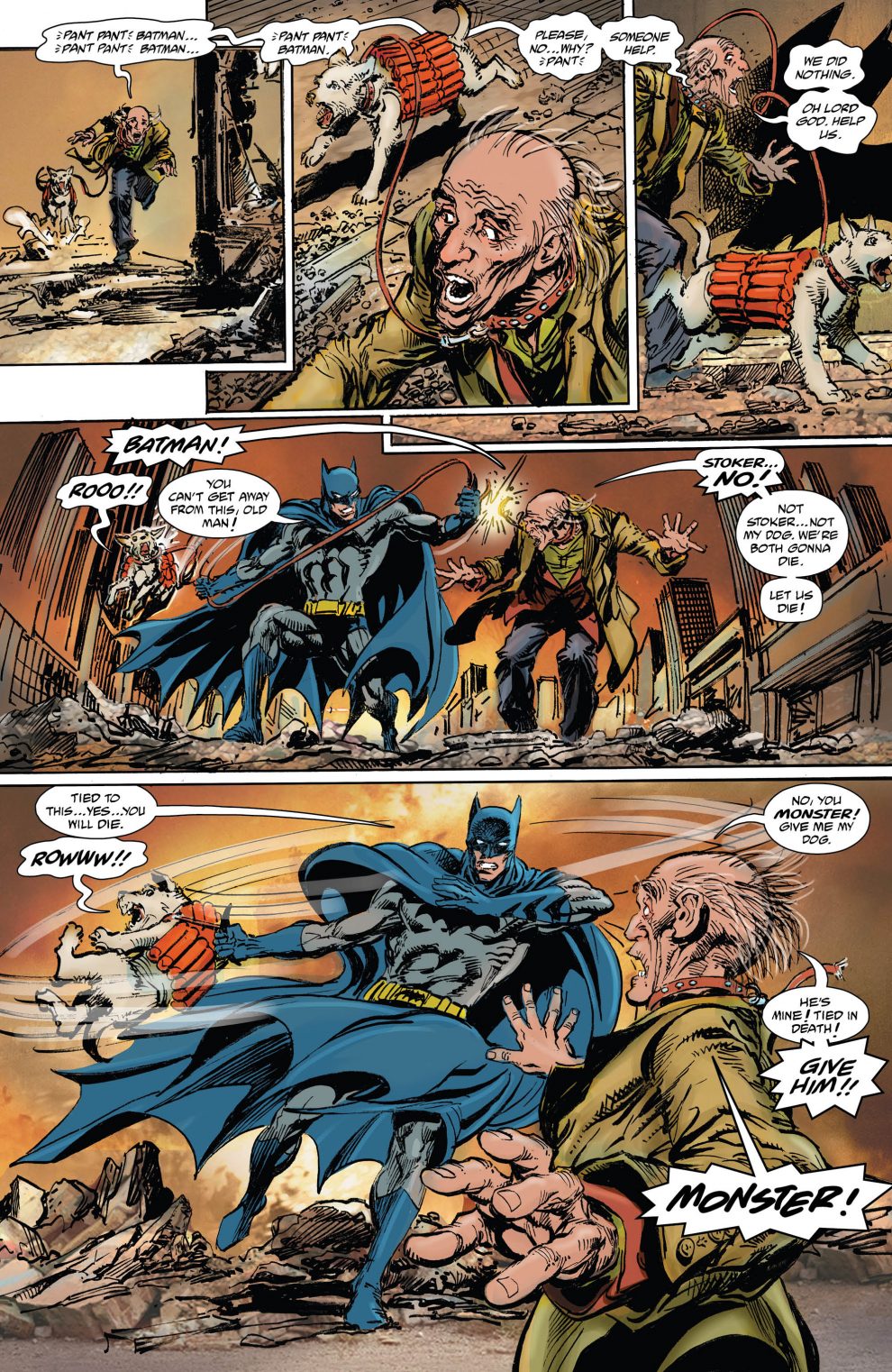 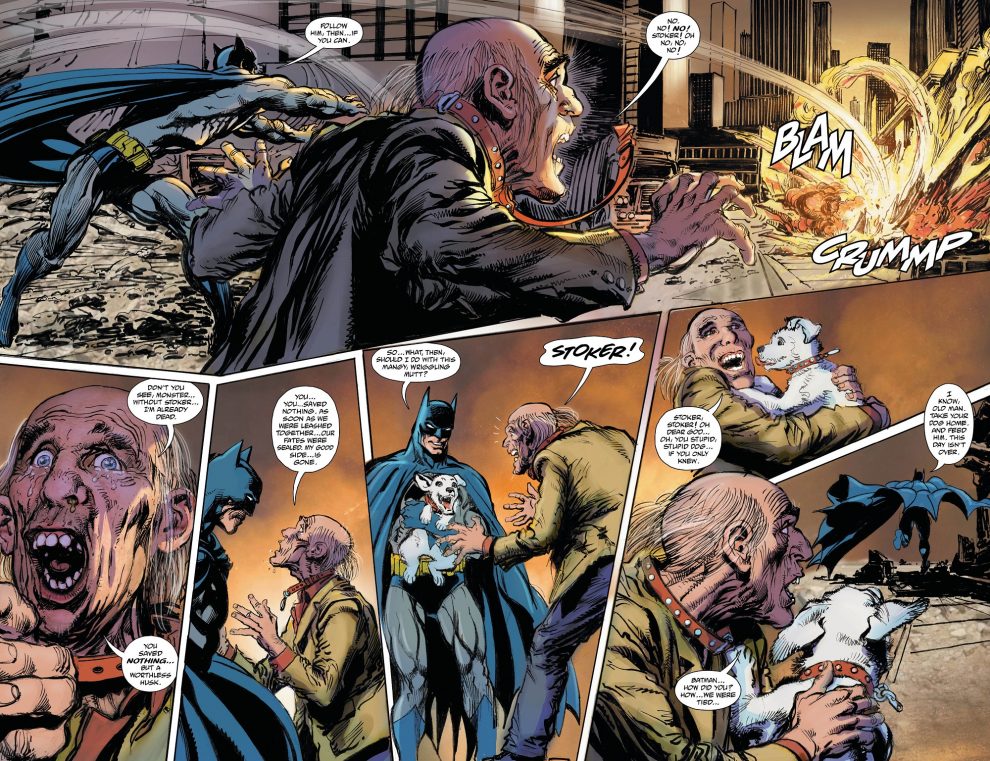 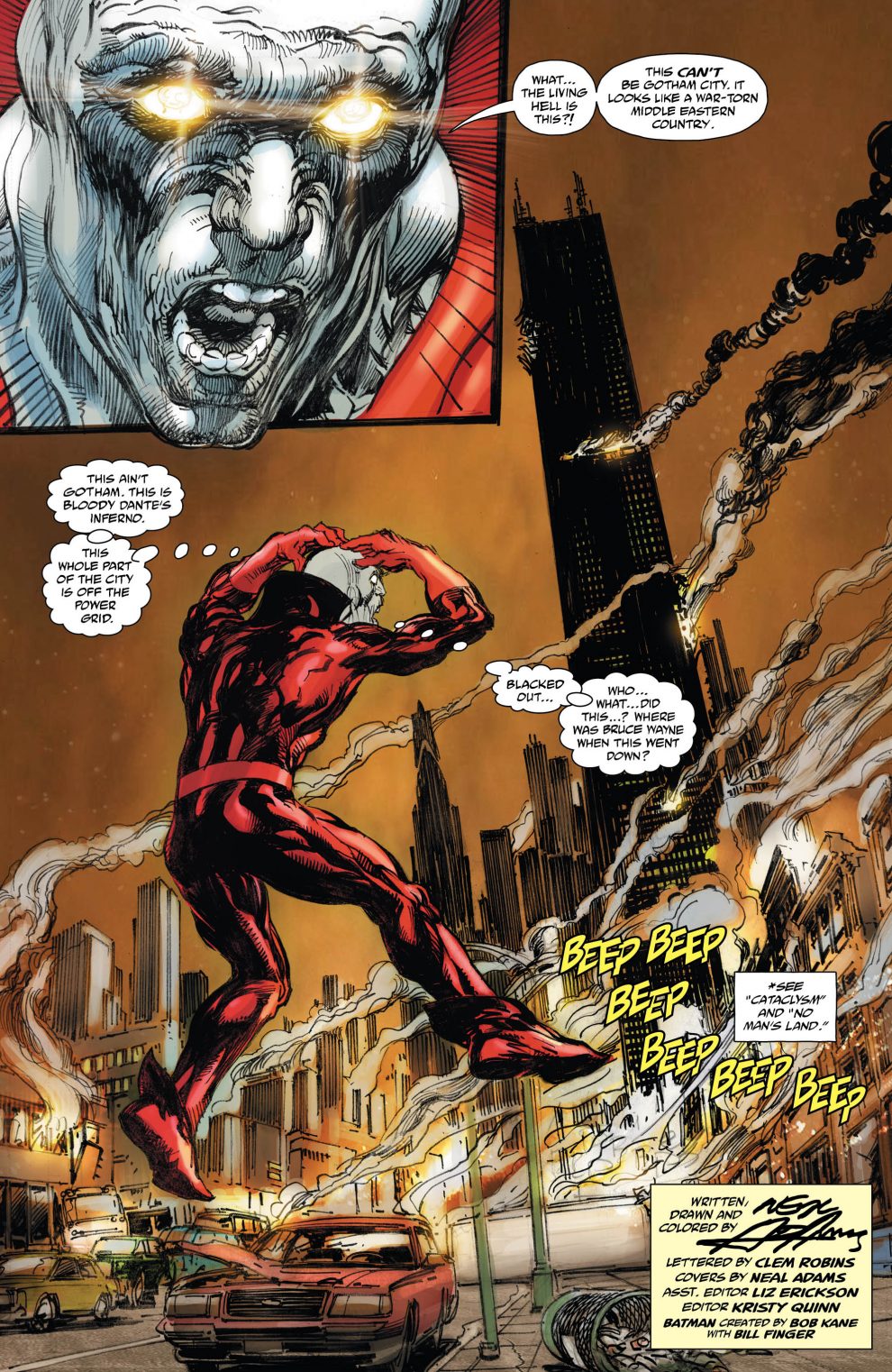 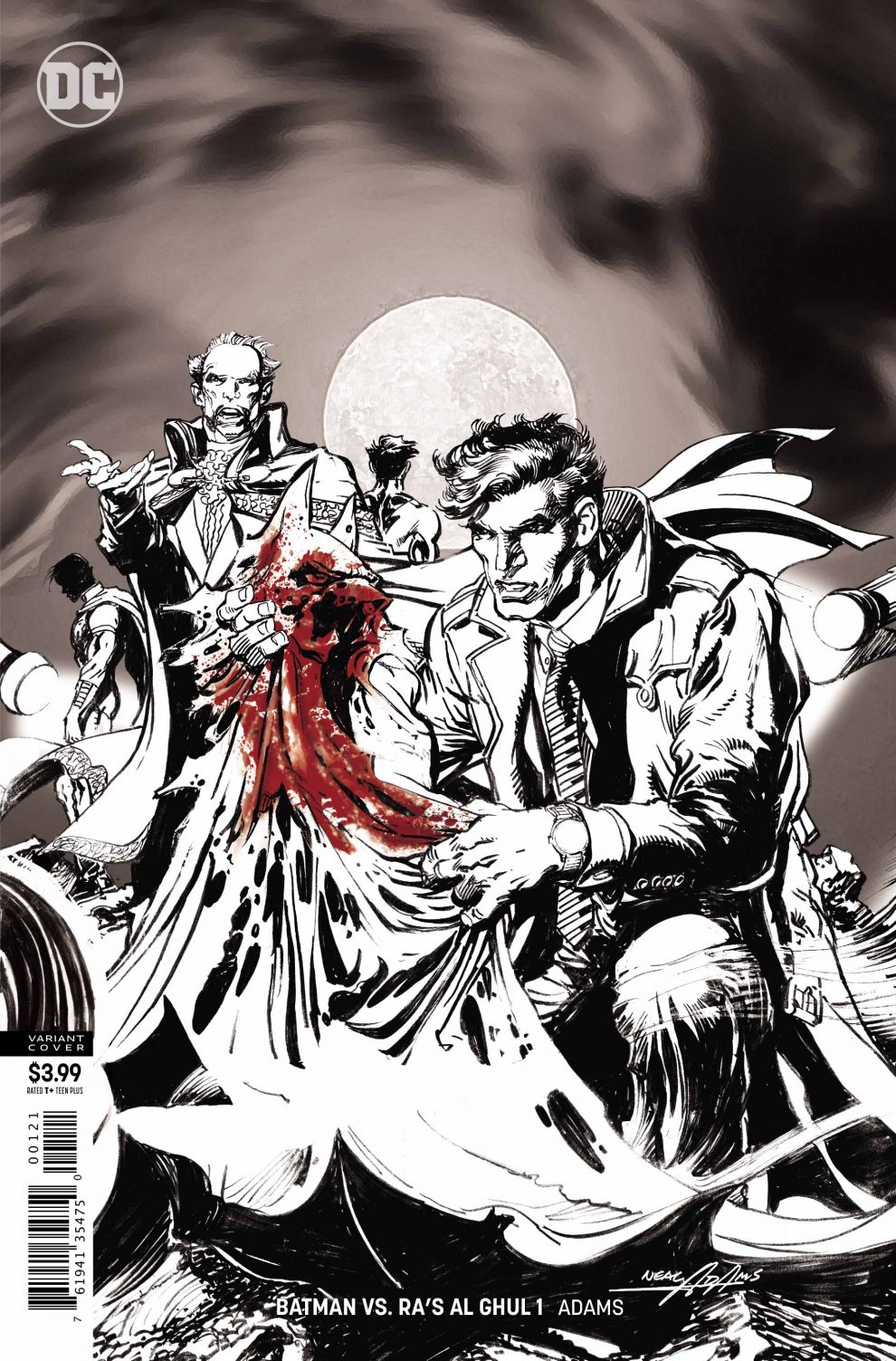 In terms of art, this is where I know Neal Adams, both in fame and infamy. Personally, I have never been a huge fan of Silver Age comic art, but there is just something so damn charming about the way Adams draws Batman. His version is like no other. I didn’t really start reading Batman full-time until Greg Capullo took over the character in The New 52, so whenever I think of Batman, I think of his design (or possibly or Jim Lee’s)… but, wow! While a little choppy in places, I have to say I really enjoyed the art here. There’s this lovely silhouette shot featuring Batman, Gordon, and Ra’s which just made me stop and say, “Wow.” I know a lot of the criticism levelled at Adams are generally art-based, but none such shall be thrown by me today.

Overall Batman vs Ra’s al Ghul #1 was a pretty solid first issue. Although confusing in places, it still left me wanting more, and I’m excited to see what comes next. As my first foray into the mind of Neal Adams, I’m not even mildly disappointed. Batman vs Ra’s al Ghul hit the ground running, and it took us all along for the ride. Despite my criticisms in terms of the writing, the art really did it for me here, and whether you’re a long-time Neal Adams fan or a newbie like me, I can’t recommend this enough.